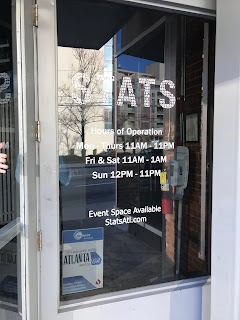 You can find STATS Brewpub at 300 Marietta St NW, Atlanta, GA 30313 just up from the College Football Hall of Fame near Centennial Park. Speaking of park, the parking situation around this area basically sucks - you'll have to pay - your best bet is to leave your car in one of the nearby decks or take MARTA and walk around to several nearby things-to-do. 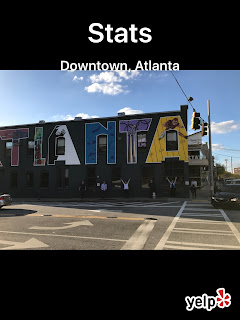 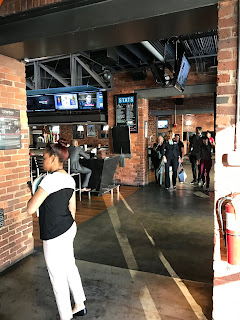 I knew nothing about STATS prior to being invited to attend a private event during DevNexus held by Object Frontier (shout out to those guys for doing this right). I initially entered downstairs in the main bar and then traveled upstairs to a private event space where there was food provided by STATS along with beer, both on tap and in bottles. I've since come in a couple of times and have had their brewed beer (this is a real Brewpub that offers up a few taps of whatever they happen to be brewing).

First the food - I've only eaten what was catered so probably not the ideal experience. I found it pretty generic but filling - for technology groups there's generally a lot of vegetarian options and that was the case here with hummus and pita chips, crudites, etc. They also had nachos and chicken wings that seem to be pretty good (no idea what they are on the menu so there may be a separate catering menu). On my initial visit I had a Kostritzer Schwarzbier black lager and a Paulaner Hefe-Weizen that were both pretty good. 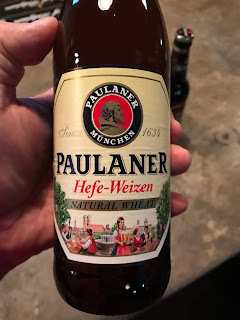 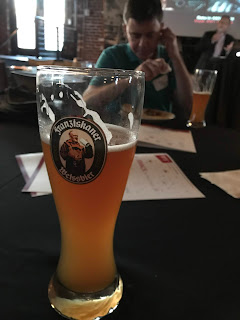 Since then I've had a couple of their own brews: 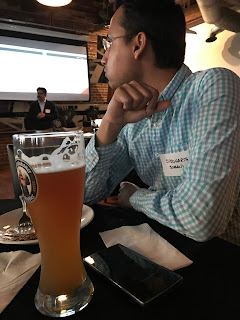 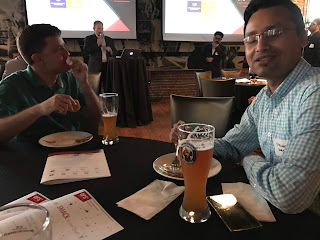 The service both during the event and in subsequent visits has been very good. At some point I'll come back with a group and try more of the food options. This is the only downtown brewery currently so if you're looking for options and staying near the park, this is a pretty good one.