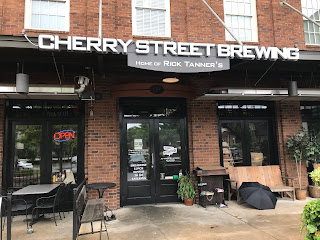 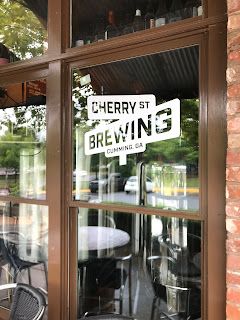 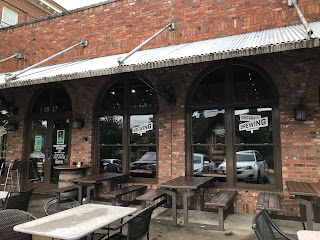 I first came across Cherry Street having sampled a Chief Sawnee's Coconut Porter many years ago - I really didn't know anything about the brewery but knew right away that this porter was special and would frequently claim it to be the best beer brewed locally, at least at the time. Since then are are many, many contenders but as of around 2015 this was still true - I think of it as the start of the "real" craft brew scene in Atlanta (and yes I know of several that have been around much longer, but in thinking about relatively small batches being made for keg distribution only Cherry Street was (unconfirmed) probably still in that Nano-to-Craft transition category. I next saw the same beer with one other at a Beer Festival (don't remember which one) being poured from a tapped job box (I still have the stickers they were handing out) and then it started showing up at the various bars I frequently visited.

The first time I visited the brewery, I decided to drive up from my then job near 400 and perimeter - I think it took about 45 minutes with some traffic. Two things I remember: 1. ) Driving into the middle of nowhere - really, you come off 400 and go through big expanses of nothing then finally hit a few elementary schools before coming to Vickery St (which leads you into the shopping center - I kept thinking that I was lost or that Maps was directing me wrong or something. 2.) The taproom was closed - this was pretty early and they had limited days/hours. Luckily I was able to go to Tanner's next door and enjoy a couple of flights (The Tanner's own both the Brewery and Pub). I found out later that this was the same Tanner's that used to be closer in as a rotisserie chicken place - from what I remember, I've visited one of those locations back in the day and liked the chicken quite a bit.

In any case, the taproom is something special, with a space that runs into a long room and a bar to the left. There's a newly opened (at least for me) area to the right full of barrels and extra seating plus a decent patio for drinking and watching the the locals shop. There's a well trained and knowledgeable crew pouring beers and providing advise on what to drink next. There's a clipboard available with 25 or so things on draft with a bottle list and maybe a guest tap or two. The beers here are extremely tasty, have great variety and a bit of experimentation - overall I can't think of one that I didn't at least find palatable, with most being exceptional. According to Untapped, I've had 25 different beers from this brewery so I won't bother to list them all - you'll need to come by and sample them yourself. You'll be glad you did - just make sure you have time to do a couple of flights and grab a bite next door before leaving - oh even better, have a designated driver - it really is in the middle of nowhere. 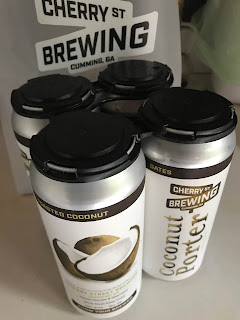