Attended the 2018 Atlanta Food and Wine Festival yesterday evening - this was the single day "Tasting Tent" event at Piedmont Park's Greensward/Promenade (1065 Peachtree St
Atlanta, GA 30307)  - this is an area right outside the parking deck shared by Piedmont park and the Atlanta Botanical Garden - quite convenient. Full disclosure, I received the tickets (usually $100 per person) for free, but after visiting the event I would have no problems in thinking that it wasn't worth the price of admission - there's much more here than you can take in during the 3 hours you're provided. 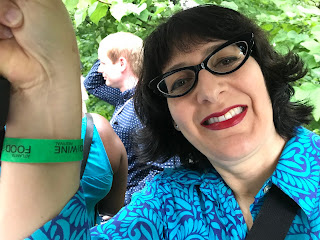 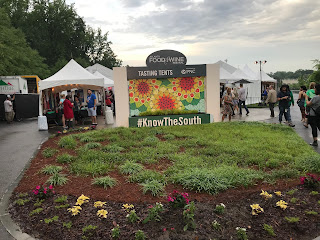 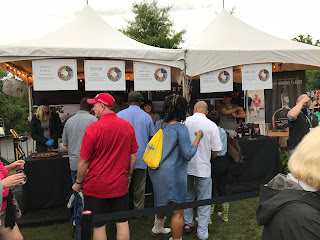 For 2018, there was quite a bit of rain leading to the event and a continuing light drizzle as we lined up - the event was supposed to start at 7:30 and continue to 10:30 but was delayed, both the opening time and the extended closing time. Trust me though, there's no way you can get through everything. The rain was both a good thing and bad thing - good because I'm sure the turnout was lighter than usual so you didn't feel like you were bumping sweaty elbows and abandoning long lines but bad in that the grounds became a mess - I had thought about wearing rubber boots and should have - mud got into my Keens.  I tried to prepare a bit by looking at maps, a list of chefs, etc provided by an excellent Eater Atlanta article - but we decided to basically wing it once we arrived. Apparently in previous years the booze and food were separated, but this year they were intermingled which I think made things much better. 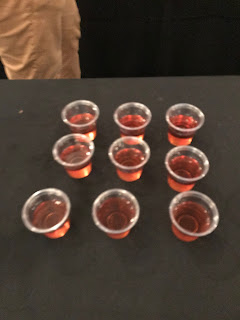 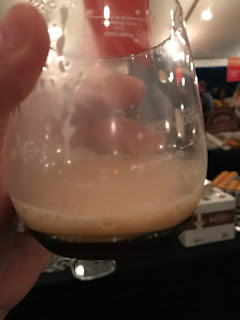 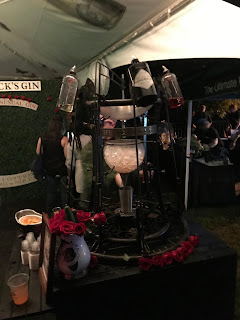 I tried a total of 37 vendors and skipped over much including the wine, focusing on the bourbons, beer and food. You're give a plastic stemless wine glass for tasting - initially, the very light pours made me think "Wow, how stingy" but as I progressed I realized what a good idea this was. My wife became quite full before we hit the Lower Oval Tents (there's a cascade of two tent groupings, and upper and lower separated by stairs). Before I run out of space, my favorite things in no particular order: 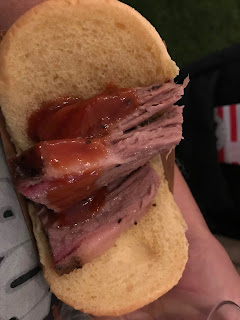 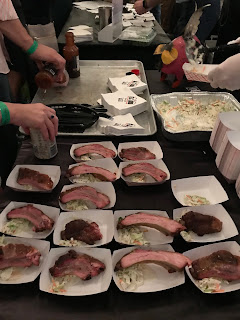 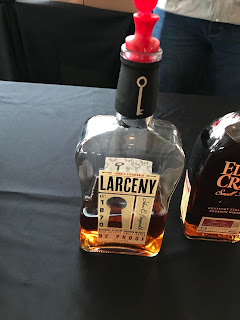 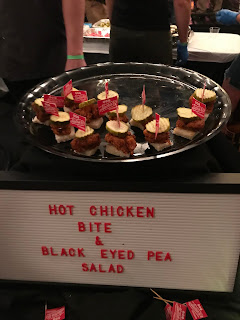 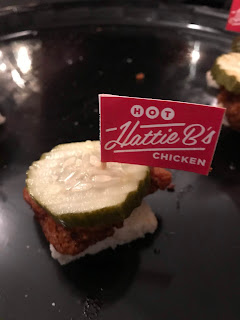 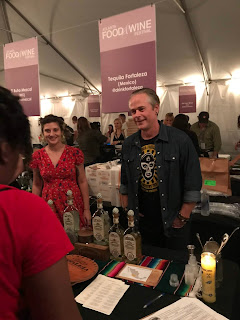 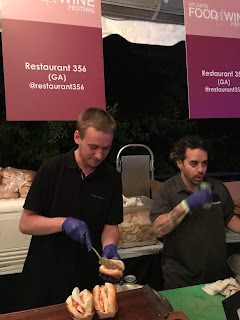 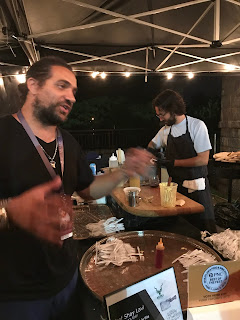 The state of Mississippi had a fantastic group represented - loved the entire setup and way they coordinated. Complete list from my notes: 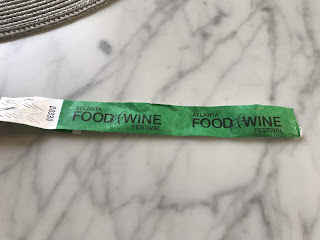 Overall, I had a fantastic time. I've attended similar events in the past but none this extensive (in fact I usually don't bother with these types of events because of the long lines and Georgia heat, but this night was awesome due to the rain). I managed to get through the upper Oval Tents but hardly hit the Lower - and by then many of the purveyors had begun to run out of samples - probably a good thing as I was buzzed enough that things were starting to mix together and my note taking is really light. The highlight of the evening was a short discussion with Chef Shay Lavi - we discussed his plans to open a new restaurant along the beltline - that will be one to keep your eye on. Thanks to all the contributors to a fantastic event.

(shorter version posted on Yelp)
Posted by John Eaton at 11:07 AM