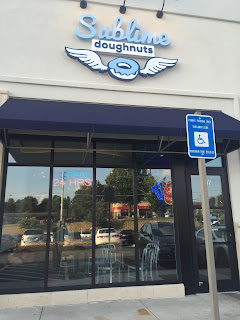 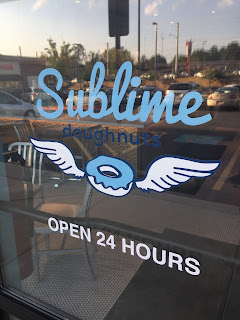 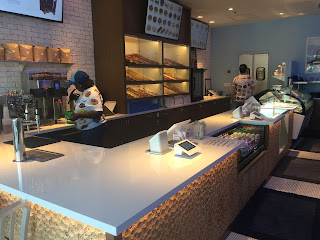 As memory serves, Sublime Doughnuts was probably the first of the "gourmet" doughnut shops to enter the Atlanta market - or at least the first that I became aware of. These aren't your run-of-the-mill Krispy Kremes or Duncan's (not that there's anything wrong with them but I believe most of you have sampled what they offer). Sublime takes things up a notch by offering unusual confectionaries with some higher value ingredients. It was at the 10th St location where I had my first bacon and maple donut - it's been a downhill from there. 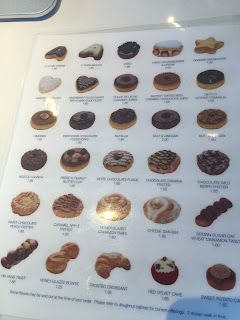 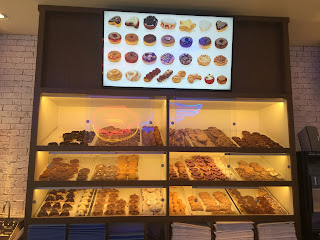 This satellite location is a bit easier to get to by car, in my opinion, even with the wonky shopping center layout. Of the donuts, my favorite is the Orange Dreamstar but I also like the Butter Toffee and the previously mentioned Bacon and Maple (which seems to be gone from their menu for some reason). One unusual thing that Sublime does is if you want to spell out something like a Birthday or someone's name, you can call ahead (day previous) and pick up a box or boxes . It makes for a special something for your favorite donut-loving person. 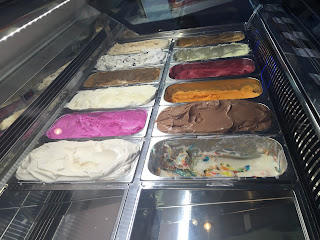 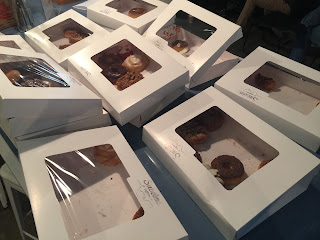 The service at this location is top-notch. I've popped in for a donut and/or ice cream (yes they have that too) and was quickly greeted and promptly served. Note that later in the day the selection (from about 30 specialty donuts) starts to diminish, as you would expect. 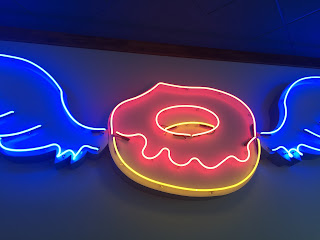 Some would argue that Revolution is better (actually I think it is - love the peach slider) but then again, if you don't live in Inman Park it can be a bit tough to get to - plus you have to deal with parking. For convenience this location of Sublime is much, much easier.