You can find Pit Boss BBQ at 856 Virginia Ave, Hapeville, GA 30354 attached to the back of a liquor store. Parking is on primarily on the streets adjacent or you might get lucking and find space on the lot (unlikely during lunch or dinner times). 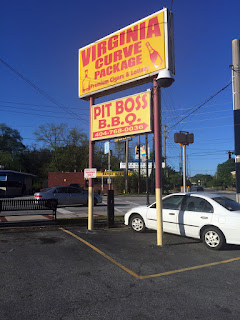 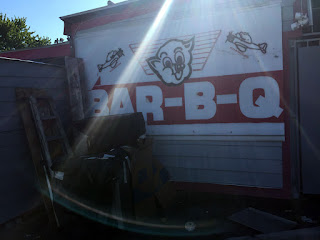 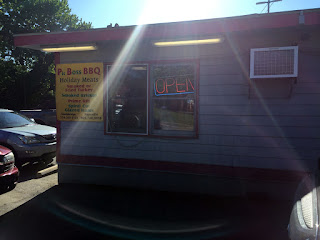 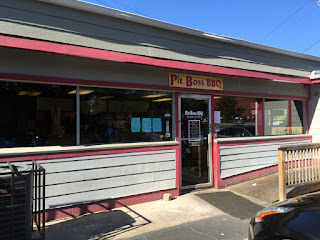 This traditional pit BBQ is a staple for employees at Delta Airlines and a great place to stop after visiting the nearby Arches Brewing - which is what we did. A group of us attended one of Michelle T's great BeerYEs at Arches and there's nothing to help along a beer buzz than traditional BBQ. 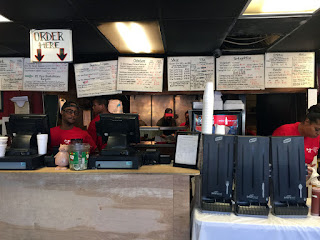 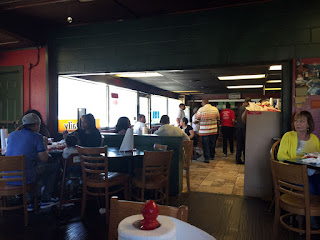 At Pit Boss you order at the counter and they'll call your number. On this late afternoon it was pretty packed but our group still managed to find a table. I went all out and ordered a half-rack of pork ribs. While these didn't have as much smoke rind (the pink color) that I normally look for, the rub was very good and in true southern fashion they were thrown on the grill before serving to give the ribs a bit of char. I thought they were quite good - sort of a compromise between smokiness and grilled - they reminded me a bit of Fat Matt's. The half-slab was huge - complete with the little gristle bits on the ends so be aware of those. 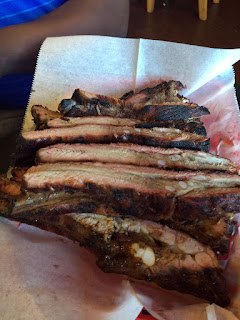 I also tried a wing - these were juicy, smokey and a bit charred like the ribs. I could eat a whole mess of these - it's a far cry from those Buffalo thingies you find at TMacs and similar. I had ice tea - mixed half-and-half and it was strong and fresh. 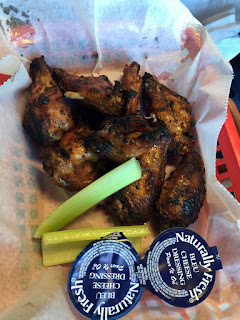 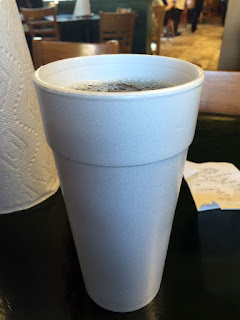 I also tried a bit of beef brisket with collards, brunswick and corny-bread. All were quite good  - I don't think anyone would find anything here to complain about. I also liked the sauce that came in bottles on the table. 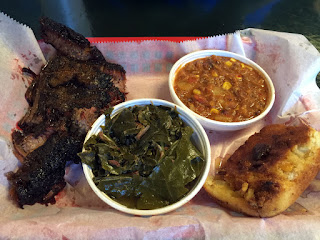 The beans were a bit too canned for me - go for the brunswich instead. Also I wasn't really a fan of the potato salad (but then again I'm not in general) or the mac-and-cheese. I did like the small piece of BBQ chicken I tried. 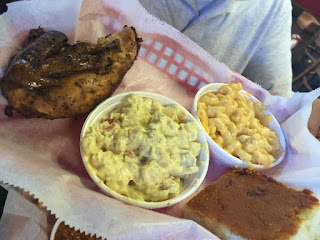 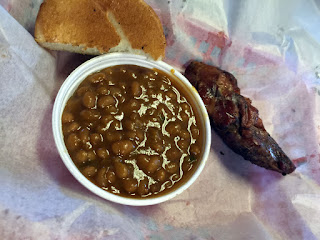 Service was good with very friendly people behind the counter - the entire experience is quite good as dives go and excellent as far as BBQ goes. Pit Boss is well worth visiting if you're in the area and now with Arches nearby, why are you waiting? 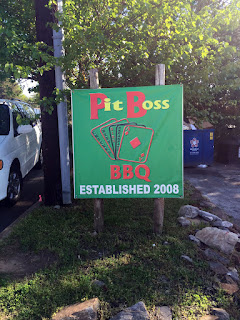