You can find Kani House at 3208 Buford Drive, GA 30519 right across from one of the main Mall of Georgia entrances. It's fairly easy to find with the front facing Buford Drive. Parking is all around the building and there's usually plenty - you can overflow to either side in adjoining lots. The exterior of the building has a terracotta-looking roof and exposted rafters to give it the appearance of a traditional Japanese building - a bit pagoda style but without the upward-turned corners. 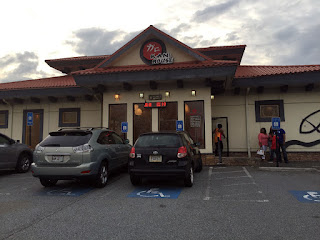 I've eaten a Kani a few times over the years but it's been a while Kani is a Japanese steakhouse style restaurant that serves Hibachi (technically teppanyaki) style food cooked on a flat griddle (teppan) by flamboyant chefs, after the venerable Benihana. In reality Hibachi-style cooking is usually done over a small charcoal fire (like those little cast-iron grills that used to be available everywhere). I'm not sure who popularized the term "Hibachi" to mean this type of cooking but it's been a pet peeve of mine - they even call it a grill instead of a griddle - grrr. Kani also serves sushi with several specialty rolls and nigiri. 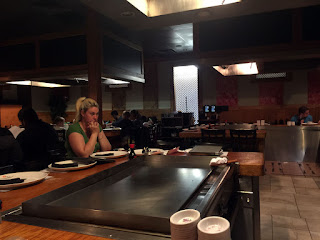 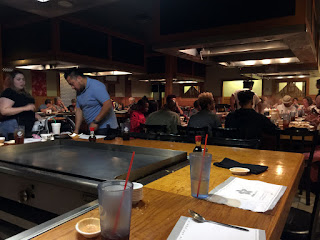 Unlike many other teppanyaki restaurants, the tables are exposed to one another so you can see what's happening across the room (most of these style restaurants tend to divide up rooms to two sets of tables, where the chefs are back-to-back). here each table can hold about 10 people - I've been in other restaurants where the cooking surface is larger and 14-16 can be comfortably seated - I actually like the setup at Kani better as it doesn't feel as cramped. 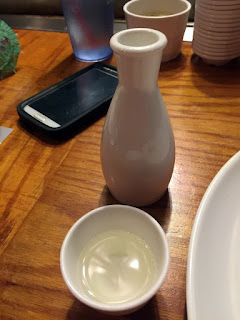 You order your drinks and meal from a short menu from the kimono-ed waitresses, who then serve you soup and a salad while you wait for your chef. You can also fill-out a sushi menu and enjoy an assortment of nigiri, rolls or sashimi. The soup is your basic chicken broth with some sliced button mush rooms and green onion. The salad is a typical iceberg lettuce chopped up and served with carrot slivers, purple cabbage and a very good ginger dressing. I also ordered some hot sake to shoot back as things got rolling. 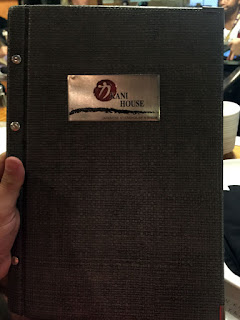 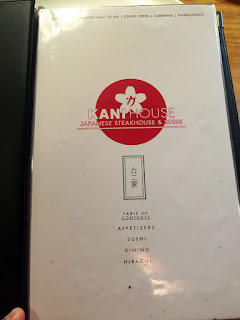 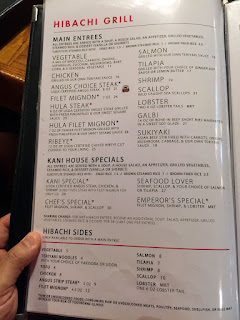 From the menu I would recommend anything listed under "Hibachi Grill" but especially the Kani House Specials. You receive a ton of food and it will be tasty - most of the specials are combinations and due to the way things are cooked it will keep food on your plate during the entire process, especially if you get shrimp, steak and chicken (or any combination of a seafood, beef and chicken). Tonight I ordered the Chef's Special withFilet Mignon, Shrimp and Scallops. 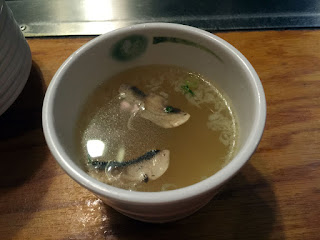 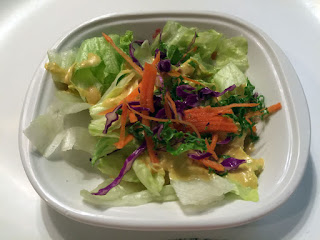 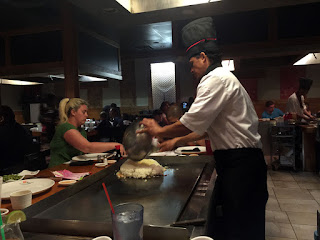 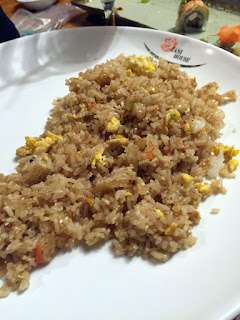 This particular chef started things out with the fried rice - I typically don't do fried rice unless I cook it myself but the guy did give me a little taste - not bad here at all. As is typical, he "lit stuff up" with a bit of alcohol as is expected. The shrimp and scallops were delicious as expected - this is really one of the best ways to prepare seafood. The veggies came next - a mix of zuchinni, carrot, broccoli, onion and cabbage tossed with sesame seed, oil and soy sauce - a very basic saute but oh-so-satisfying. 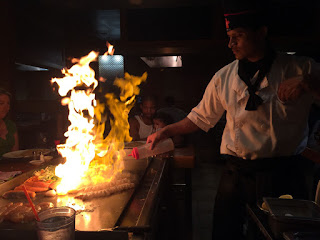 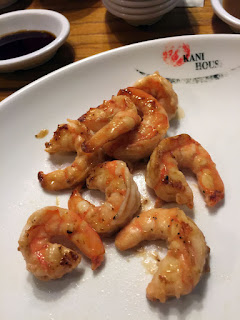 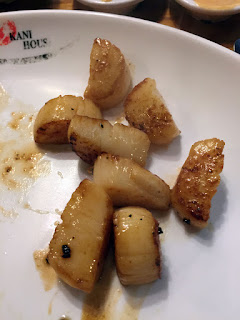 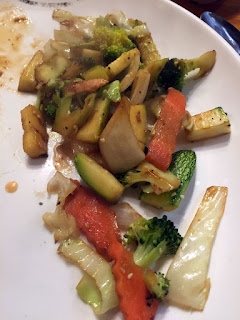 My rare filet was also cooked perfectly. I also got to taste a spicy tuna roll that one of my dining companions ordered. Good but nothing special - I've had the sushi here on previous occasions and it's fair but not fantastic. The special meals all come with a choice of sorbet or ice cream - just enough to feel like you got your money's worth. 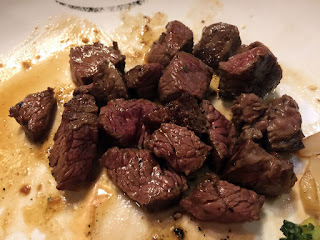 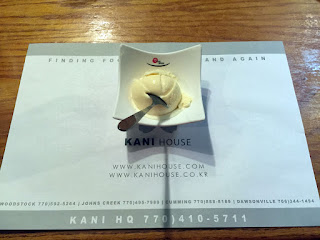 Service is always excellent at these places and the servers here were very attentive. All around an awesome experience.