You can find China Feng at 3062 Buford Hwy NE, Atlanta, GA 30329 in a small strip mall on the western side of Buford Hwy that is also home of International Cafe. Across the street is Montie's and the intersection is with Curtis Dr, which becomes Corporate Blvd on the east side of BufHy. Parking is out front and to the side - China Feng is the corner business as the building makes an "L" or "V" shape. 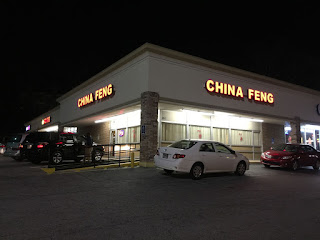 This visit was part of the Buford Highway Restaurant Crawl started by  John F many years ago (it's also how I started to write reviews, during the first pass of his crawl, then starting in Duluth and moving south. This time we started at the southern most point and are moving north, one restaurant a week). When John wrote "China Feng" I thought - great! A restaurant I haven't tried (if you know me you also know I spend a lot of time exploring Buford Highway). Alas, once I got to the location I realized I had visited China Feng before but it's been 15 years or so.


The exterior is nothing special - stacked stone facade with a stucco overhead structure - CHINA FENG is on both sides of the corner and there are windows (covered with blinds) also facing both sides. It's fairly nondescript with little indicating it's a Chinese restaurant other than the name. The interior is clean and, similar to the exterior very plain and functional - there was one other customer waiting for take-out. We were greeted by a lady with menus who helped us decide what to order. The menu is a quad-fold takeout menu in paper, but for use laminated as a flat sheet. 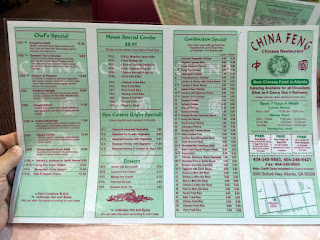 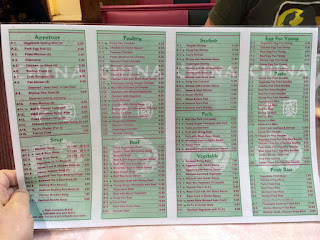 After looking it over we made several selections, starting with edamame, some steamed pot-stickers and hot-and-sour soup. Once again, nothing special here - the pot-stickers were a bit weak I though - these are the thicker-skin type that taste more doughy than meaty. The soup was of the style that has a lot of beef stock and corn-starch with no meat but including egg-drop and some slivered daikon or jicama. 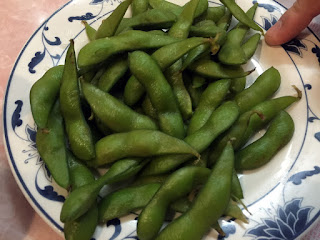 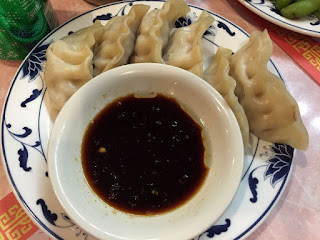 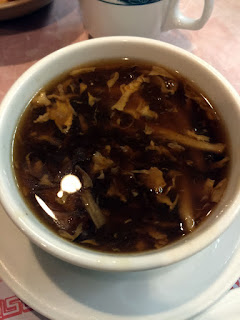 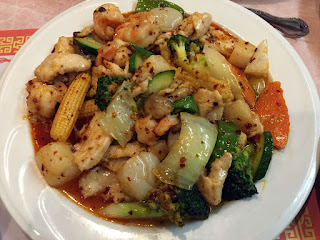 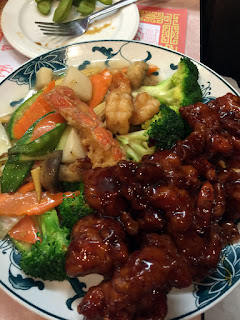 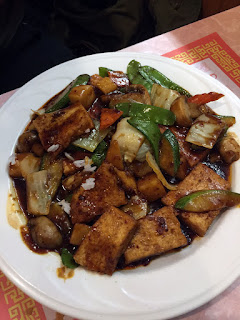 This style of cooking I refer to as "Swag Chinese" - your basic Americanized Chinese fair. If you're from the US you've probably been eating this stuff all your life and there's certainly a place for it in American cuisine. It does have quite a bit of corn-starch in all the dishes and really, between the white (oyster) sauce and the brown sauce, there's only the option to spice things up a bit (and even though it may look spicy it isn't, really). If you don't mind that style of Chinese food then you'll probably like China Feng quite a bit - I thought the service was good (we were the only table, but there was a stead stream of take-out orders) - I think they do a good business and are probably very consistent.

I sampled all the food ordered on this night and while not bad, it wasn't anything special - it's very solid Americanized Chinese food. The prices I thought were very cheap also and you can't beat the convenience of this location - it would make a good fallback if you don't want to wait for other restaurants nearby on busy nights. Call this on 3/5 stars.