You can find Mandarin Palace at 4073 Lavista Rd, Tucker, GA 30084 in the Northlake Tower Festival shopping center. This is the semi-circle of buildings that seem to enclose the antenna in the middle of the lot and features other restaurants like Coco-Cabana, Maddio's and Jason's Deli. Parking is in the lot all around the buildings - there are some crazy turns around the antenna's enclosure that sort of makes a roundabout (though traffic flows both clockwise and counter-clockwise so be careful). Mandarin Palace is located where the awning extends to a point - it's easier to see at night as the red signage lies on either side of the extension. 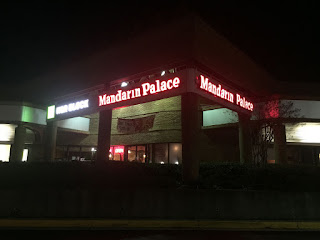 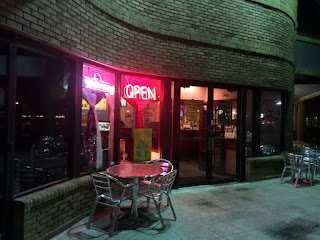 Mandarin Palace is a classic example of a typical Americanized Chinese restaurant - I affectionately call these "swag" Chinese. These are the mostly Cantonese restaurants that popped up all over the US derived from those flavors brought by early Chinese immigrants only using ingredients more common to the Americas, spiced down quite a bit and adjusted to the US palate. The interior is very typical of this type of restaurant with "low oriental style" that you'll find very familiar. I especially like the wall-length carving which is becoming scarce as these mom-and-pop Chinese restaurants are replaced by the likes of Panda Express. 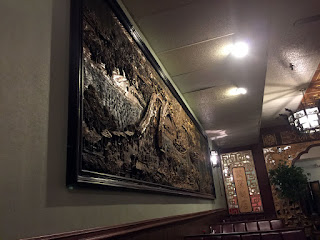 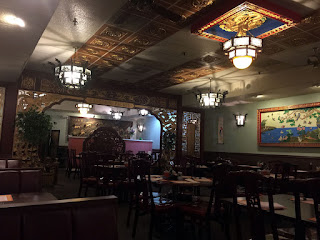 The menu at Mandarin Palace is all over the place as you might come to expect from this type of restaurant - the show a bit of everything. Also, just about any combination you might think of is also available - for instance substituting the light sauce for the brown or vice-versa. That's one of the nice things about restaurants that aren't chains, the items on the menu (with the exception of some previously prepared items like soups and egg-rolls) are made-to-order. We stopped by because we were in the area and it had been a few years so why not? The bright red sign was like a siren's call. 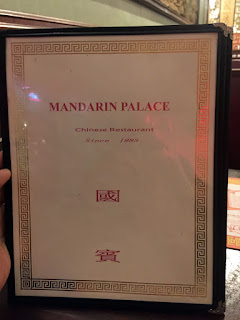 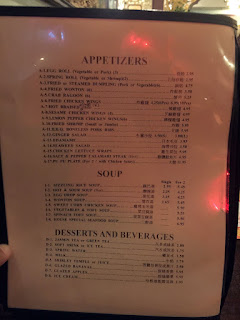 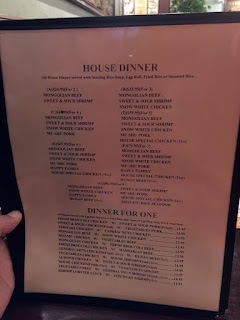 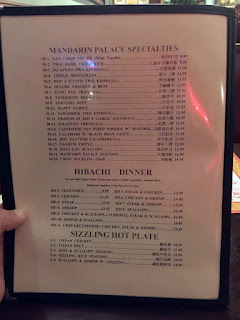 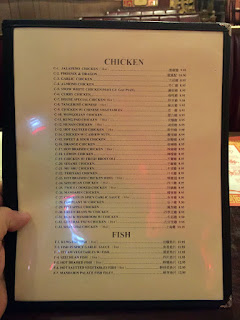 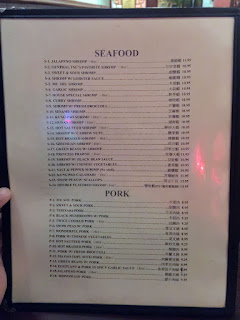 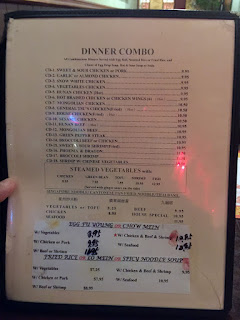 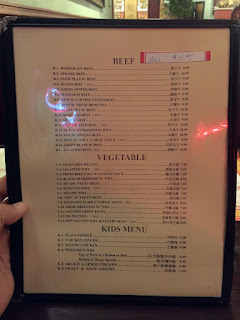 We were seated in a mostly empty restaurant - it was about 8:30 PM mid-week so for this area (Northlake part of Tucker) getting a bit late for dinner. While there we were the only table, however there was a constant-flow of take-out visitors and right when we were finishing up a family of 6 walked in and were seated. I think this was less due to the restaurant and more due to the area suffering a bit. Hopefully the new owners of Northlake Mall will turn it around. For drinks we went with something basic - a Tsingtao, which is a staple of most Chinese restaurants. It's about as far from a microbrew as you can get but does offer up a bit of palate-cleansing, neutral carbonation that works well with the thick, flavorful sauces. They do offer up a chilled mug which is really how it should be drunk. 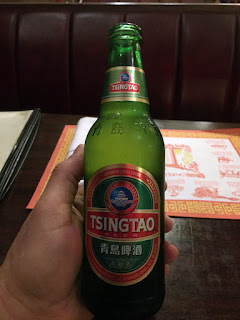 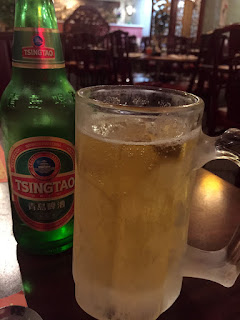 I don't remember exactly what we ordered - I think it was a Hunan Chicken and a Chicken with Vegetables extra spicy. Both had sliced chicken wok sauteed with some veggies and brown sauce. The veg was slightly different and my spicy dish had some additional chunks of dried red pepper. Neither was really very spicy and fairly neutral in flavor. The meal was preceded by hot-and-sour soup and an egg roll. Neither of these were bad, but neither were very good either - just very basic, slightly-above-mall-food Chinese. 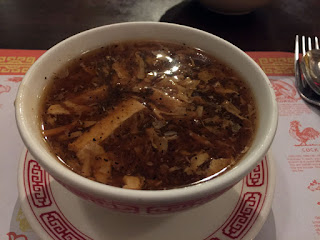 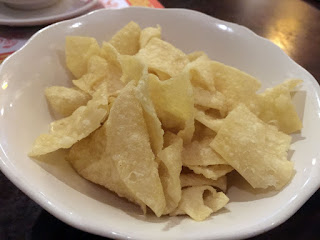 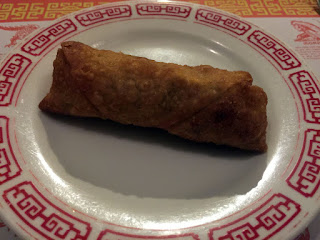 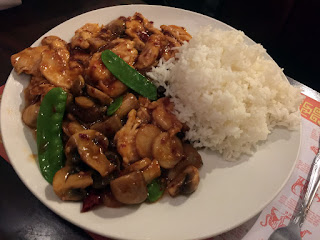 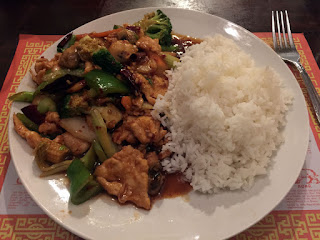 In general the food at Mandarin Palace is basic and nothing that you would want to make a special trip to obtain. I do think it's better than the newly opened Panda Express down the street and I think it's cheaper and more customize-able which may be important to you. The owner/manager didn't say much but seemed to appreciate our business and it was a quiet meal - no fuss, no muss. I rate it right in the middle 2.5/5 stars but will round up to 3.