You can find this location of the Cheesecake Factory at 4400 Ashford Dunwoody Rd NE, Atlanta, GA 30346 towards the northeastern corner of Perimeter Mall (far right when facing the main entrance from Ashford Dunwoody Rd). Parking is easiest from the lot to the right in front of Dillards department store and walking across, unless you want to pay the valet but you'll still end up walking a bit so I'd advise you to forego that inconvenience. 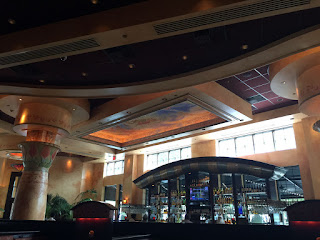 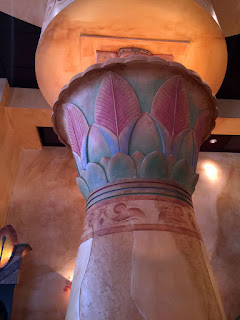 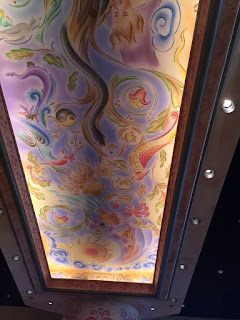 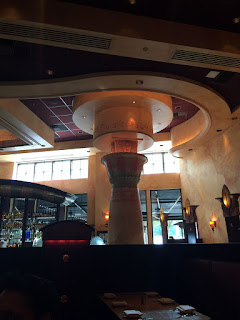 I have a feeling that most of you have had the experience of the Cheesecake Factory - the first built (and now closed and replaced by a different location) in Buckhead at one time was the highest-grossing restaurant in the US. I believe this location was the second or third built in Atlanta and it's a really fantastic location. The interior has a fantasy array of Byzantine columns, wonderful fantasy-like wall sconces and very feminine fresco-like murals on a warm tan stucco adorning the ceilings - quite nice and it will make you feel a bit like you've entered a Disney theme park restaurant, however much like said-park the experience hardly meets the promise. I've worked in this area of Dunwoody for 15 or so years off-and-on so I've had many occasion to eat at this Cheesecake Factory. It's not a bad place to meet for special occasions as they can accommodate large parties - for my most recent visit I met with many coworkers for a bittersweet occasion - a member of our team was leaving for another work opportunity. 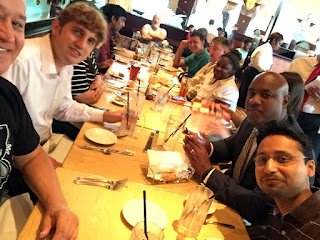 When you are seated you'll be presented with a booklet of many, many items and now I'll voice my biggest gripe. The menu is much too large - I mean it's so big that there's advertising on some of the pages - is it a menu, or a catalog? I really don't see how any restaurant can offer so many dishes and hope to do all of them well. The last thing I want to see is a binder full of pages - where do you start? What's good? What's not? Too many choices. 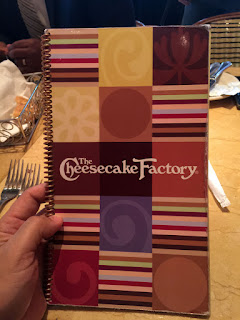 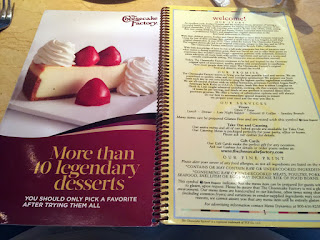 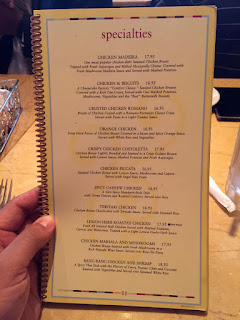 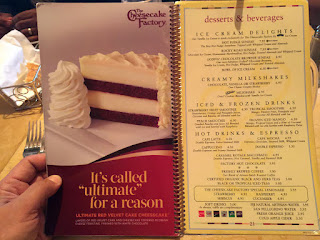 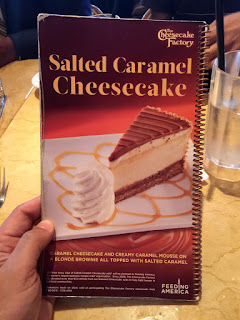 The food here, and I've tried dozens of items, is passable - no real standouts from the many appetizer or entree sections. I honestly can't recommend any one item as something that's your missing or something you can't get elsewhere and I think this is where the restaurant's identity takes a hit. You're sitting in this fantastic setting yet with one exception, the food is pretty humdrum. We'll get to that exception shortly. I do like the basket of bread that they bring out - something about that wheat bread I really like. But then again, don't come here for the bread. When I think about the food here it reminds me a bit of TGI Fridays. Not that they are all that similar, but the food is very formulaic which is both a good and bad thing. It's good in that there's usually some semblance of food balance - starch to fat to acid ratios are good. It's bad in that the combinations are a bit tired - not much magic here. For mall food it's good and certainly better than the food court - of course you're paying more for it as well. Back to the Fridays comparison - I think the food here is better than Friday's as it's less snacky and more of a meal. Satisfying but not awesome. 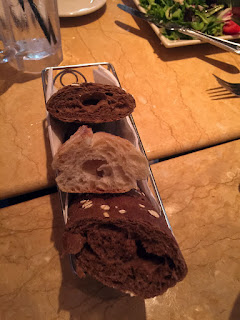 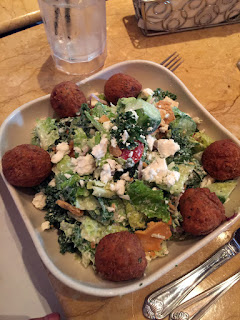 The exception of course are the desserts. I am not a big fan of cheesecake - it tends to sit very heavy with me, but I'll concede that the cheesecakes here are exceptional. I also like the Sunday and the ice cream in general. And maybe that's the point - I mean it is called "The Cheesecake Factory" so perhaps everything leading up to the dessert is just the build up to the big finish? But if so, why the phone-book menu? 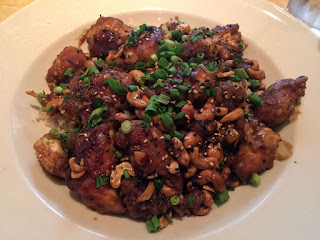 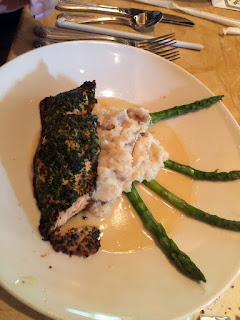 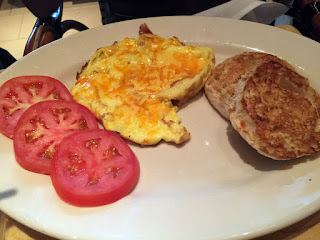 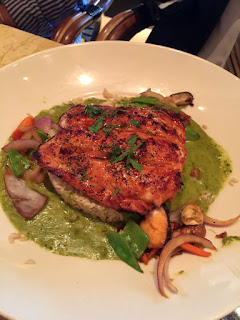 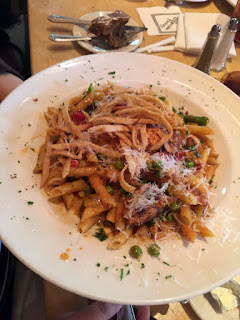 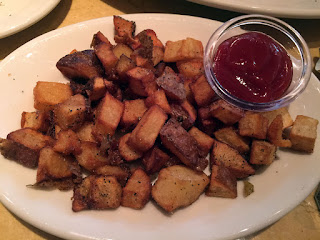 My final point is about the service. I find it very hit-or-miss. I've received both exceptional service and horrible service and it doesn't seem to matter what size the party is - sometimes the service is amazing on a group of 20 and terrible on just two. No rhyme or reason for it. I've had so many orders get screwed up here and it's really unclear if it was the server or the kitchen. I've had tables where everything showed up together except one lost plate and it took 20 minutes for it to appear with everyone either finished or sitting in front of cold plates, to wrong items showing up, to meals with food restrictive (bacon) items showing up with extra (bacon), etc. When service is good the server is usually very attentive and fixes any mistakes quickly. When service is bad you can't find the server and the attitude is really crappy. Like I said, hit-or-miss. 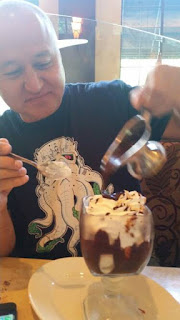 So what's my final overall opinion? I think The Cheesecake Factory is exceptional for their desserts. The appetizer and entrees are mediocre but palatable and certainly better than mall food. The service hit-or-miss. Would I eat there again? Sure as it's close and useful for certain situations. Do I find myself wanting to go here? No. On a scale of 1-5, it's a fairly solid 3 due to the desserts.