You can find the Local 7 at 2316 Main Street, Suite A, Tucker, GA 30084 right next to the railroad tracks that splits downtown tucker and directly across from local food landmark, Matthew's Cafeteria. Parking is along the street or in the lot next to Matthew's. 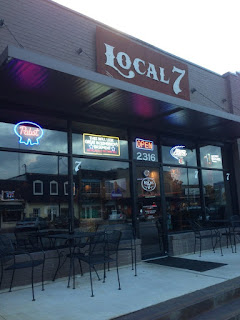 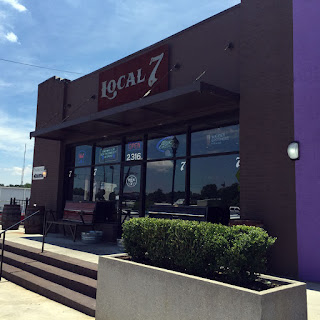 I've eaten at Local 7 a number of times and in general the experiences have been good - this is a local pub favored by those in the area and it can get quite busy, especially on the weekends. I think it would be even busier except that local foot-traffic is limited. I'm a big fan of Tucker's recent renovation of their historic downtown, however most of local city residents live a bit too far away to walk there and the streets for the most part aren't very pedestrian friendly. The city doesn't really have the population density near downtown to make it very vibrant, though it is trying. 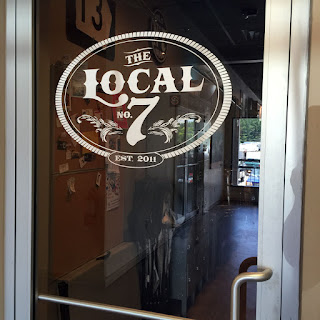 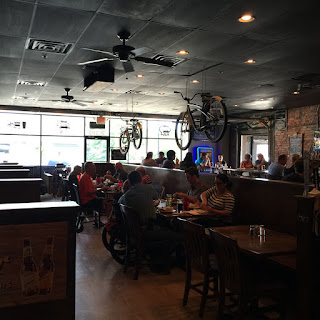 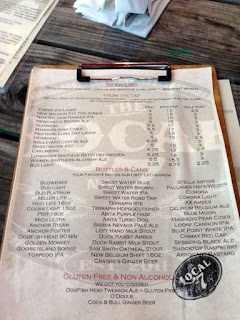 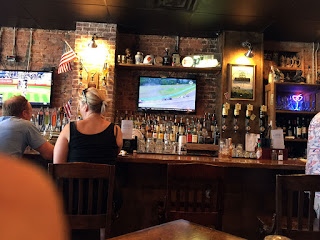 The restaurant itself is a glass-fronted shop-front in classic red-brick. The interior is very eclectic with a long bar along one side, tables and booths and a nice outside patio along the railroad tracks. Walls are festooned with adverts for local breweries and there are bicycles hanging from the ceiling, courtesy of Fat Tire (and New Belgium Brewing). I like the atmosphere quite a bit. 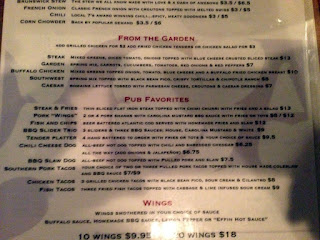 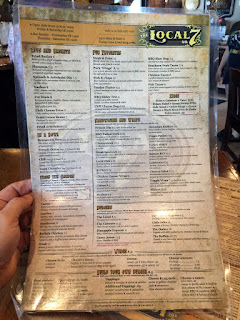 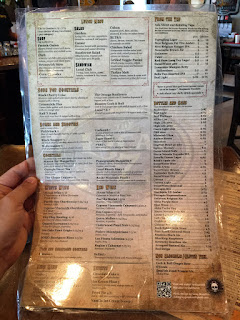 The food is your typical pub food with wings, burgers, sandwiches and the like - they do serve tater-tots if that's your starch of choice and I thought the onion rings quite good. I've had the Reuben Sandwich which I thought good if not great. Don't bother with the fish and chips - it's cod but the tail cut which really should never be used (tough and curled). We sent this back twice. I think Local 7 is really more about the atmosphere and the craft beer selection. I've enjoyed a really nice Boulevard Coffee Stout. The specials on tap seems to change fairly frequently with a bunch of fixed brands. The bottle list is above average for a place this size with lots of variety and some fine craft beer represented. 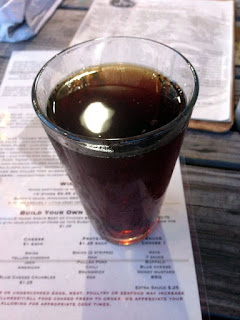 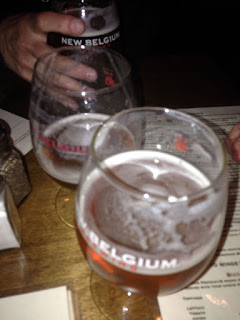 I've also managed to try a dessert here, a German chocolate cake which was good but not great (a bit dry and frozen). Stick with the beer and the basics and I think you'll be happy. 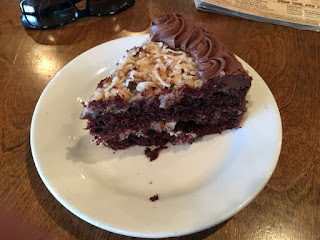 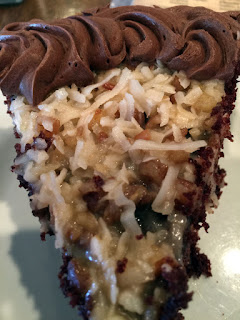 The service I've experienced has been quite good. The other patrons for the most part seem to ignore you if you don't know them but there's at least a bit of diversity as you scan around so, while you may not be part of the recognized local crowd, you don't get the attitude you might while visiting a downtown Atlanta pub. One thing that's a little weird is that the bathrooms are shared with the building so you exist the back (there's a common hallway) to use the facilities - efficient but a bit odd. I like this pub a lot and plan to visit more regularly. 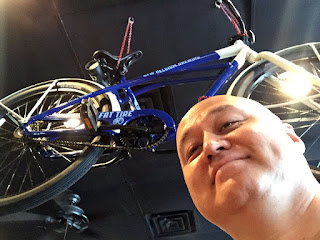