You can find Jekyll Brewing at 2855 Marconi Dr Ste 3500 Alpharetta 30005 - this is near the big McKesson complex off of Windward Pkwy right off 400. The building itself looks rather unlikely for a brewery - it's one of those industrial business parks that usually hold call-centers or office and warehouse business. Parking is in the lot out front - it's usually quite busy on the weekends but the rest of the businesses are closed so there's plenty of parking. Note that there are several doors that are marked with the Jekyll logo and only one opens into their reception area. 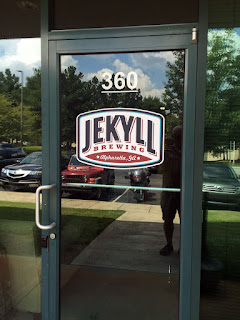 Once inside you'll find a large room with bags of grains on the far end and a short counter to pay, pick up tickets and get your beer poured. The day's selection will be posted on the wall behind - their standards are pretty much always in stock and there's usually one or two rotating brews. You'll get a string of tickets and a Jekyll Brewing pint mason jar providing a bit of uniqueness and fun you won't see at other breweries. Towards the short stage (they apparently have live music at times but not on the day that I visited) there are other things to do including a ping-pong table. 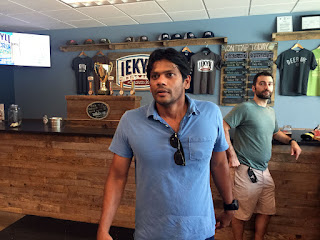 I had heard of Jekyll as I'm fairly active on KickStarter and other crowdfunding sites but I really had no expectations (and didn't contribute) but do remember that there were quite successful. It's obvious that the people who started Jekyll love beer - one taste of the deliciously hoppy Hop Dang Diggity will convert you for sure if you're into IPAs. I fell in love with that one the first time I tried it on draft (at the Pig 'n Chick in Chamblee if you're wondering) so I was quite excited about visiting this brewery and sampling the other wares. My first impression before stepping inside was to question what was going on - the office-park just didn't seem like the right place for a brewery. However, once inside and touring the facilities I've been totally converted and love-love this place! 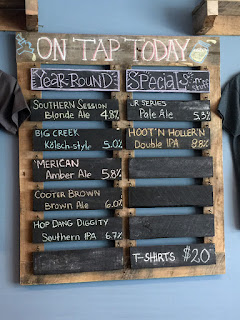 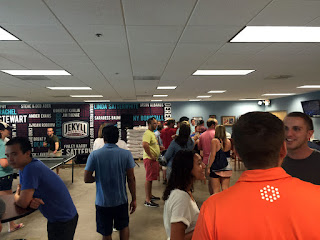 Before I talk about what I sampled, the people here are super friendly with no attitude and great at serving visitors. You can tell that what they do is a labor of love, that like I said previously they love beer, and that they really want to know the people that also love their products. Second, the pours here are quite generous and you can tell by the way they watch your reaction at first sip, they enjoy the looks of pleasure - I can say from personal experience that the reaction is worth it's weight in gold to craft brewers and there's plenty of smiling, happy faces here. Third, we met several people here and struck up conversations so this wasn't your typical douchey hipster crowd - I found it refreshing to find people who love beer that didn't have the attitude I've experienced at other, similar establishments intown. I also liked this tour - some unexpected things going on and the space is much larger than it appears from the front. Make sure you take time to do this. 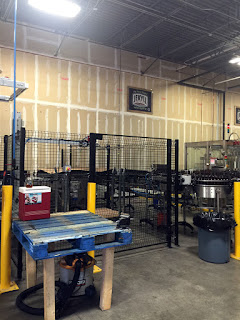 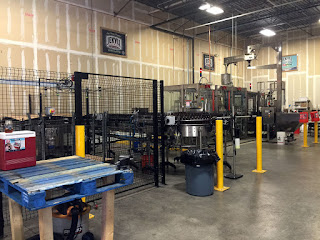 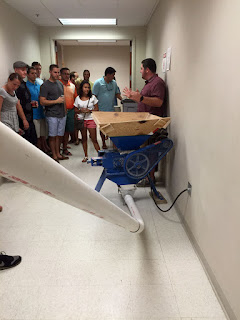 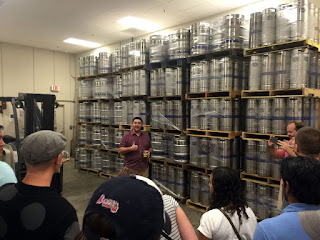 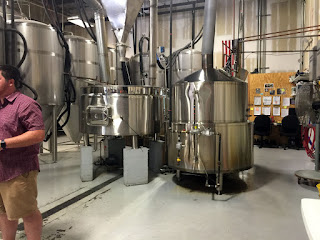 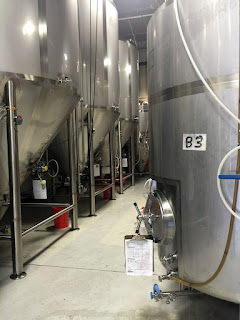 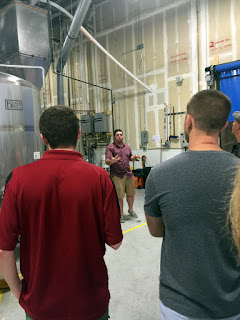 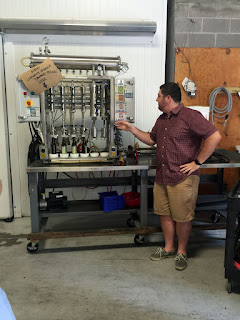 * Hop Dang Diggity - they call this a "Southern IPA" but I think of it more of an over-hopped IPA. You'll definitely get a super hit of hops that will remind you of pine - or weed (the smoking kind), in fact some of my friends think this is as close to drinking Maryjane as you can get. Delicious with a balance of sweet and citrus that any fan of hops will love. 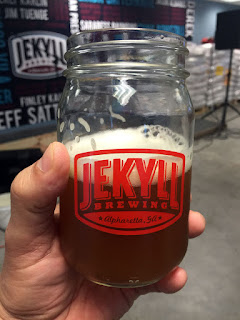 * Cooter Brown - "American Brown Ale" and like most brown ales, a bit on the sweeter side. I love the feel of this one on the sides of the mouth, lots of caramel and malt. I liked this but a bit too sweet for me - I found most of the females I talked to really enjoyed it. 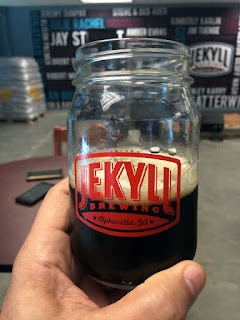 * Hoot'n Holler'n - double IPA and an investment (two tickets) that's well worth it. I liked this one quite a bit but I felt the alcohol slightly overpowering. I prefer the alcohol hit to be hidden a bit more - a couple of these had my head swimming a bit (was given some extra tickets)... 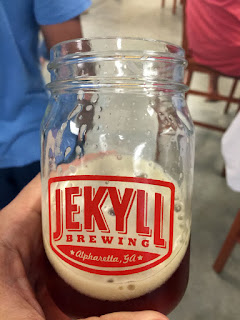 I pretty much stuck with the Hop Dang Diggity or the Hoot'n Holler'n but did sample the JR Series Pale Ale which was good but with the Dang Diggity I'm not sure why you would drink it. I also sipped the Big Creek Kolsch and the Southern Session but neither were "my thang" so I didn't do more than taste. In all, this brewery was quite a lot of fun and the beer way above average with some fantastic examples. It is a bit far out but if you combine it with a tour of Cherry Street (in Canton) and Hop Alley Brew Pub you can stay quite buzzed all day (moderating with food in between, of course). Finish up by hitting Zest in Roswell so you can sit on the patio and yell at passers-by and make a real event of it. On the day we visited we left and did a mini-crawl of Roswell and hit a few places. More on that at a later post. 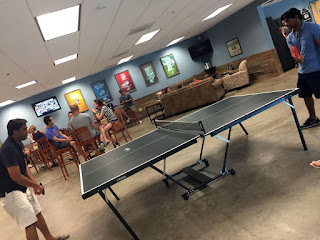