Pita by the Beirut - Dunwoody Georgia

You can find this location of Pita by the Beirut at 4709 Ashford Dunwoody Rd, GA 30338 in the Perimeter Village shopping center anchored by Walmart. This is a couple of blocks beyond Perimeter Mall on Ashford Dunwoody Rd - there are several other restaurants in the same center, I particularly like Viceroy Indian for their buffet at lunch. There's also an Uncle Maddio's at the opposite end from Viceroy that's good for a quick bite. 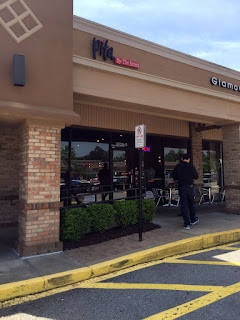 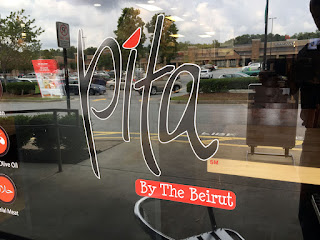 Speaking of quick bite, Pita by the Beirut is a fast-casual restaurant where you order your plate or wrap at the counter (with sides) and your food is delivered to you within a few minutes. This is a relatively new restaurant that's very clean and super efficient. The style is Mediterranean and typical with wraps, a decent rice and grilled veggies - I think of this business as a cross between Grecian Gyro and Zoe's Kitchen (the former is all about the gyro in all it's glory and the latter is more health conscience - PbtB is somewhere in between). 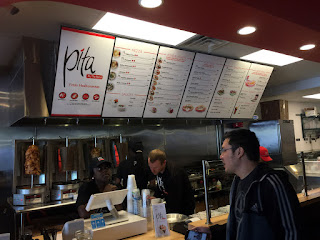 I opted for my usual Gyro platter which was served on paper in an aluminum bowl. There's tangy shavings of gyro meat (a mix of lamb and beef) served with rice and grilled veggies and a pita cut into quarters, with a dollop of tzatziki sauce. I liked the rice - something that a lot of similar restaurants just can't seem to get right. The staff was very efficient and delivered the food quickly. Have I had better? Yes, but this meal was very good and worth trying, especially if you're time is limited. There's a USPO in the same building so this is a great option if you're shipping packages.  Parking can be fairly congested and watch out for the idiots, as this is a busy lot. 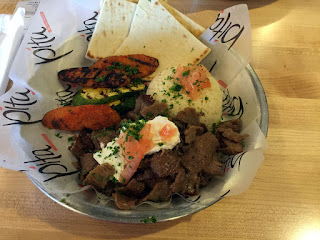 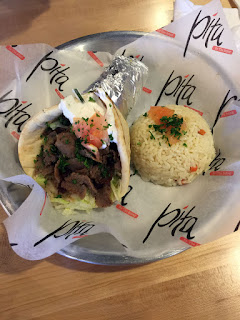 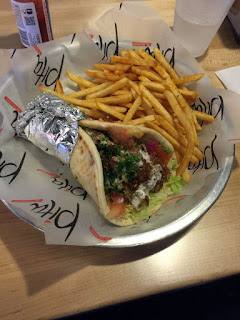 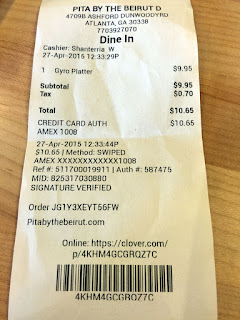 I put this one in my bag of options near work. It's a bit closer than Grecian Gyro and certainly not as busy as Zoe's - plus there's plenty of opportunity for lunch restaurants in this area, with all the IT businesses nearby.