You can fine Hibachi Buffet at 7045 Jimmy Carter Blvd, Norcross, GA 30092 across from the Peachtree Corners shopping center (one of the LA Fitness locations I like to visit is there) and in a building in front of a Holiday Inn Express. I believe that this business used to be across the street and down a bit - same owners. 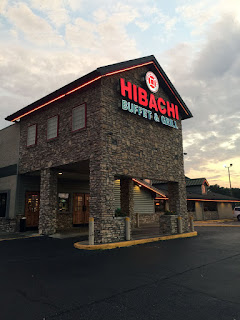 First let me tell provide my opinion on buffets - I think they're a mixed bag. The nice thing about them is that you can pretty much fill-up on a fixed price AND get in-and-out super quickly - I find them very convenient when time is short as I can usually cut my time in the restaurant to as little as 20 minutes - if you're on a fixed timeline for lunch there's much to be said for being able to get so much variety for the price and quickness of fast food. The flip-side is that the quality of the food may be more cafeteria-like than you prefer, catering to generic tastes.

Ethnic buffets extend on the above by providing stronger flavors that cater to an Americanized perspective on Chinese, Indian, etc foods. In general I've found Indian buffets to have flavors the closest to the ethnicity represented while Chinese buffets are just the opposite - very much the schwag, Americanized version of Chinese food. American buffets in a way are the worst, providing some of the blandest Southern or other mishmash of cuisines that imply Italian, or other cuisines from some belated Betty Crocker cookbook written in the 50's (and I may be disparaging BC in this case as most buffets don't even get that right). 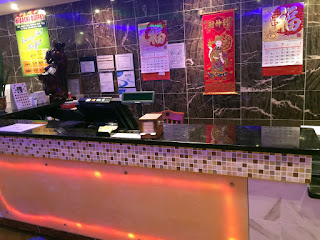 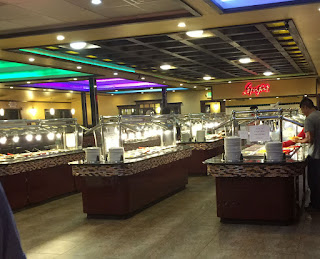 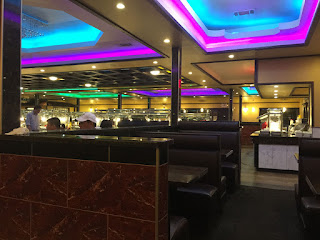 Taking in the above, please take my opinions with a grain of salt. As Asian buffets go, you could do much worse than Hibachi Buffet. This rather expansive location has plenty of seating and better, lots of selection, from Chinese, Korean and Japanese to passable buffet sushi and a fair selection of American desserts. This isn't 5-star cuisine but quite filling and I think most Americans would do fine eating here. The best deal is the $9.99 all-you-can-eat Mon-Thurs and really, you should be saving your weekends for your significant other at something fancier. For me, this is a great deal for those weekday nights after the gym when I want to pack on some proteins that taste better than a burger or fried chicken finger. 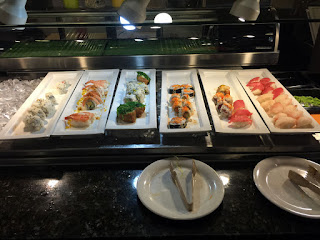 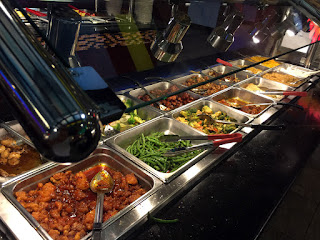 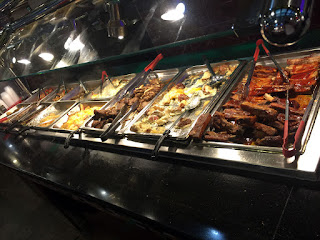 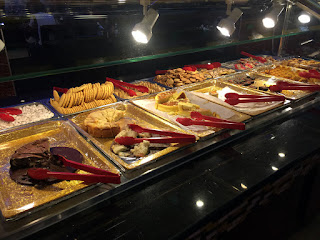 For the food, everything had that typical blandness you get with food averaged for the masses - nothing truly distinctive here. Even the kimchi was a bit weak, more like salted cabbage soaked in that fake kimchi sauce (it needed much more fermentation). But as I've already stated, if you're looking for something quick this can be the perfect place. 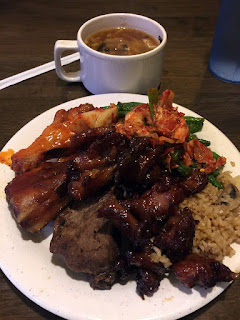