You can find Yard House at 261 19th Street NW, Atlanta, GA 30363 in Atlantic Station - Midtown near the Publix and LA Fitness. If you haven't visited Atlantic Station, this is a sprawling mixed-use development with restaurants, shops and housing nestled in the old Atlantic Station railway complex, thus the name. There's some limited parking on the streets but they really get too jammed up to use so just park on the Publix end of the underground deck. 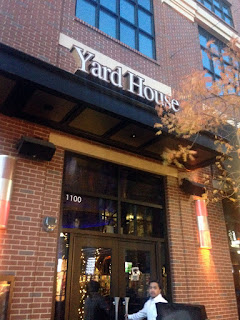 The restaurant is located on one end of a block-long row of buildings with both exterior (via patio) and interior seating. The appearance is retro-brownstone meats industrial loft and will be sure to get the nod from any hipster. The interior bar is rather spectacular with beer? tubing along the ceilings leading to the many taps around the center stage - while there is a full bar, this place is really about the beer and there are many options, many on draft. I found the selection exceptional with many things to try - some of my favorite locals were on hand as well as some well-seasoned regional craft. 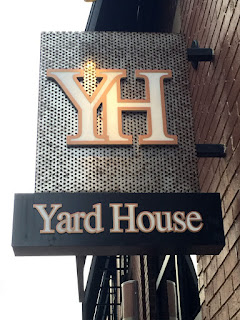 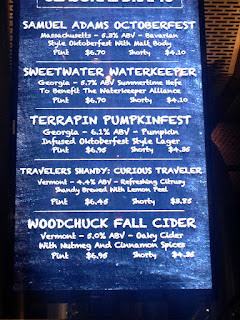 I've had occasion to visit a few times and in every case it was fairly easy to find seating at the bar. The bartenders do a great job once you get their attention - the times I've gone this took a few minutes, not that they were that busy but the bar is massive and it's easy to miss someone newly sat (so make yourself a bit obnoxious and flag someone down!). Once you get that first draft and order up some appetizers you'll be feeling fine and can take everything in - at least everything you can see. This place is dark as Hades, so to speak, so keep the flashlight on your phone handy while looking at menus. 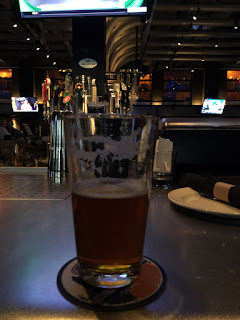 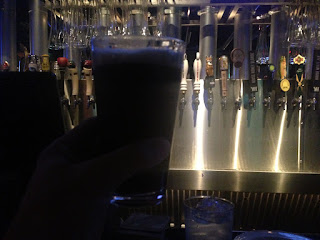 Speaking of menu, it's fairly extensive with many options - on the occasions I've visited (once before a movie - there's a large Regal cineplex in the same long row of buildings - quite handy to have a bar so close, actually; and a couple of other times while hitting technology meetups in nearby venues) I've tended to feed on bits of spicy chicken - they have these boneless firecracker wings - they're supposed to be hot but they're more spicy than hot if you know what I mean. I've also had the calamari and the moo shu eggroles - all of these were good and satisfying. Nothing great, mind, but still worth giving a whirl. I've also had the :Gardein™ Fried Chicken Strips" with fries and thought them almost inadequate - tons of breading and cold fries. 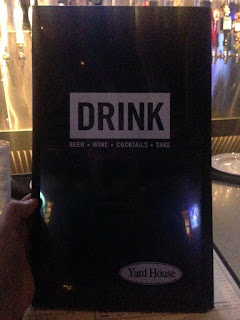 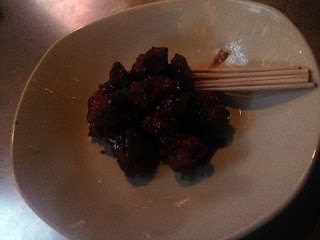 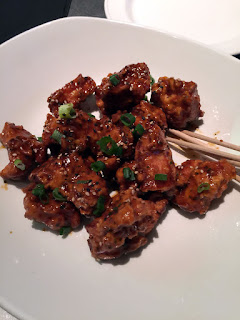 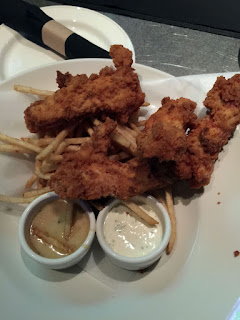 All this being said, while Yard House hits things off well it finishes a bit flat. I think the service and food can be a bit better - it's not horrible but not what I would call great. Still, it's worth dropping in, especially if you're waiting on a movie, happen to overlap the happy hour and want to sample the exceptional beer selection. I think it's a pub that wants to be a restaurant but needs a little shake-up or maturing. I have high hopes for it  and it's certainly competitive to the nearby Meehan's.