You can find Gruby's New York Deli at 860 Johnson Ferry Rd NE, Atlanta, GA 30342 in Sandy Springs near Northside Hospital. There's also a Subway and Moe's in the same shopping center, but I'm not sure why you would eat at either with Gruby's nearby. Parking in the lot is quite busy, I believe mostly due to the UPS Store but luckily there's additional parking in the back. 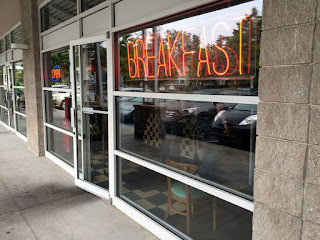 Gruby's is the closest deli I've found in Atlanta to those famous delis in New York - you can sidle up to the counter and order cuts of meats, sandwiches to go and what you would think of ordering form a typical deli. What makes Gruby's special though are the sandwiches served when seating to dine. These are massive double-layer sandwiches you'll have a hard time finding South of New England. 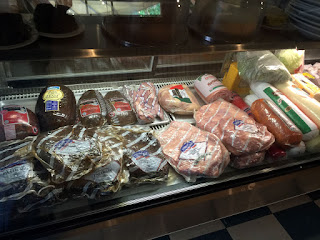 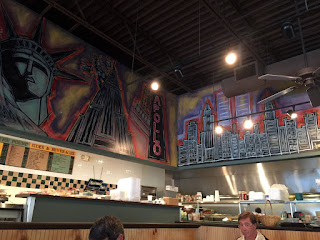 There's a common line to order and be seated, when busy you may have to stand for a while but there's a mural of NYC overhead to keep you distracted. There are several classic photos of NYC on the walls to keep things interesting. The interior is not posh, however it is very functional and there's plenty of space with some overflow to covered tables outdoors. Once seated the service is very quick and very good. The menu has many options (some are more inclusive to breakfast which finishes before lunch - they do have some breakfast options that are offered all day). I always focus on the House Specialties page. 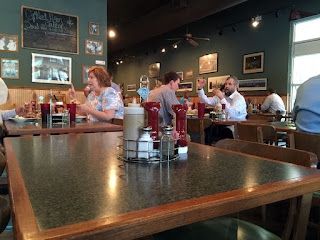 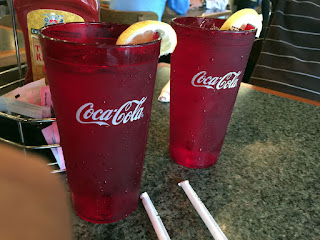 While I've visited Gruby's many times over the years, I finally spent a few minutes taking these images. I tend to order either the Bronx Bomber (which my friend Mike who grew up in Jersey assures me is the same as a sandwich they call a "Sloppy Joe" up there) is a particular favorite. The other sandwich I like quite a bit is the pastrami Reuben - you can get it just about any way you like it, with pastrami or corned beef. Today I opted for the Matzo Ball Soup as a start and I really should have ordered the half sandwich as I ended up taking half back to work. As a side I went with the slaw - while not the creamy slaw Southerners are used to I felt it more like what I've experienced in NYC - a bit wetter but still quite good and fresh. My dining companion went with an Egg sandwich. 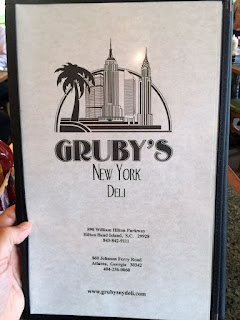 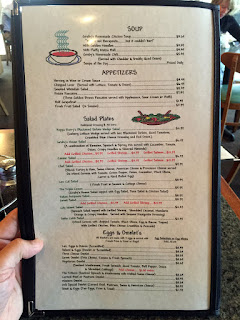 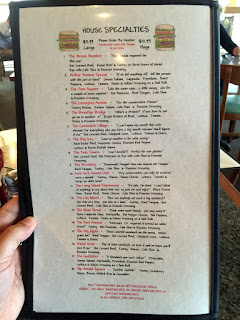 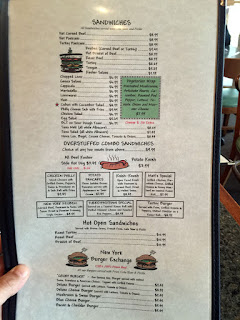 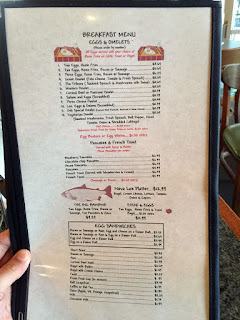 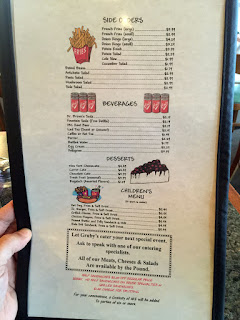 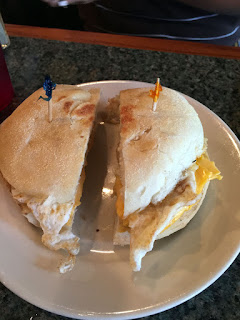 The Bronx Bomber is quite good - a combination of Turkey, roast beef (I ordered it rare - something else I like about Gruby's, whether rare roast beef or beef tongue, you can order variations and they don't blink an eye) and pastrami (my preference over corn beef) with a touch of Russian dressing (the real stuff, not that crappy Thousand Island) and slaw. Simply delicious and one of my favorite sandwiches. It comes with a nice Kosher dill spear - I sometimes get the fries but they aren't my favorite (seem to come from a bag?), 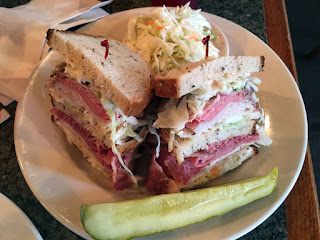 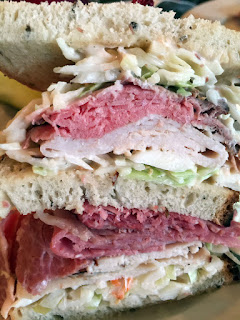 The Matzo Ball Soup was very good but may be a bit off-putting to some - the broth has a distinctive garlic taste that some may not like (I love it though). The ball was humongous, light, fluffy and quite good (if you've never tried, it's difficult to get this this size without them being doughy). 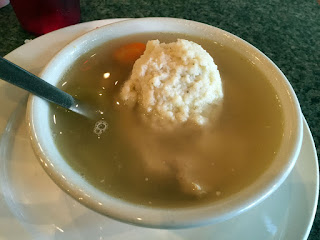 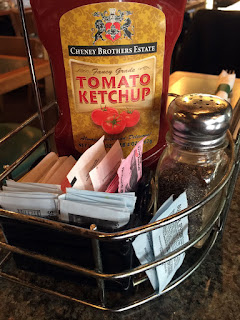 Service is quite good but this place is quite busy - at times it can take a while to be served, especially when they're slammed. Still, the sandwiches are worth it.