You can find the Mad Italian at 2197 Savoy Dr, Chamblee, GA 30341 - this is the access road along the North perimeter between I85 and 400 that provides access to N Peachtree Rd, N Shallowford Rd and Chamblee Dunwoody Rd - Savoy is the road that travels inside the of I285 while Cotillion parallels the outside. The largest landmark is Bowlmore - a massive bowling center (yes, those still exists - this one used to be called Bowl 300). 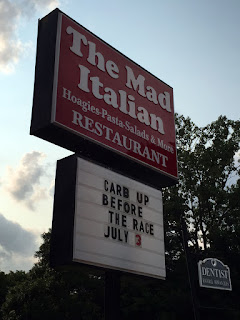 The Mad Italian inhabits a rather barn-shaped building and has been at its current location for as long as I can remember - it's one of the first restaurants I had the pleasure of visiting when I first came to Atlanta as an adult in the 80's. The restaurant has expanded over the years and now offers pizza - of course I still remember it for it's Philly steak sandwiches and meatball subs. I've also had a variety of past dishes over the years and they are all more than adequate - note that this isn't gourmet Italian food, rather it's your basic fare with hearty red sauces. 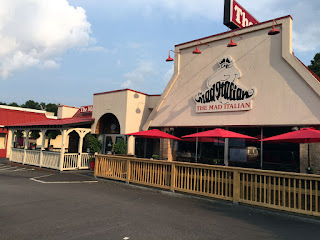 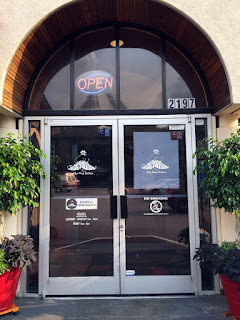 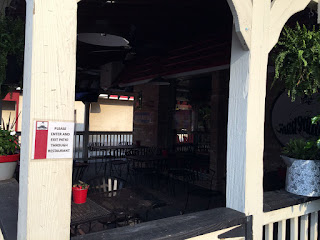 I also like the simple salads here quite bit - very reminiscent of the salads we got as kids at old pizza joints like Gatti's or Shakey's Pizza and similar. With the expansion the restaurant can now seat quite a few more than before, both inside and on the patio. The interior is a bit divey but what I would expect for a hometown-type restaurant. You get all the goodness here and feel very welcomed. They also have a much larger beer menu which is a boon, including several craft beers both bottled and on draft. 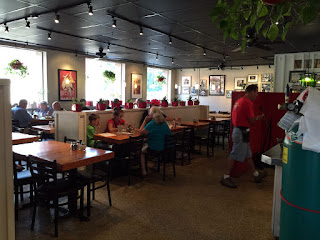 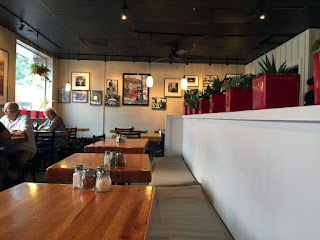 I was driving home taking a route suggested by Waze and as I neared The Mad Italian I decided to stop in - it has been at least a year since I last visited so it was time to see if the sandwiches were as good as I remember - if anything they're even better! The menu is fairly extensive with many salad, sandwich and pizza offerings. 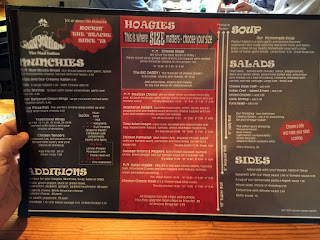 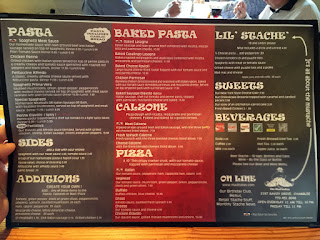 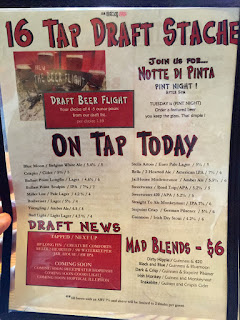 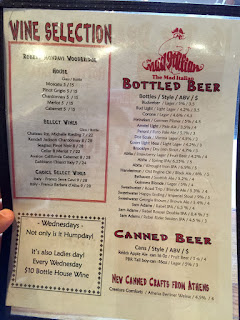 They also had a decent list of craft beer, so I opted for a Bell's Two Hearted Ale (I've had this before and figured it would go well with anything I ordered). 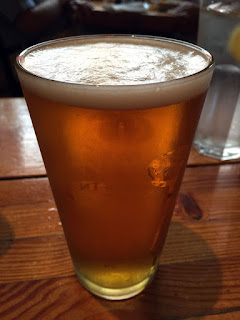 I opted for two six-inch subs. The meatball sandwich was just as I remembered and one of my favorites - the perfect combination of Italian meatball, sauce and soft but crusty bread. Oh and did I mention the perfect pickle spear? 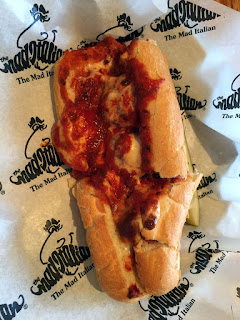 The Philly Steak I consider one of the best in town - as with the meatball sandwich, a perfect combination of meat-cooked with onions on a soft warm hoagie that's a bit crusty on the outside from toasting. Just heavenly! 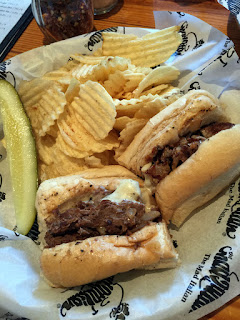 I also substituted the onion rings for the chips that typically accompany the six-inch subs - I really didn't think I could finish all of this food (foolishly, I considered taking some home) but I somehow persevered. 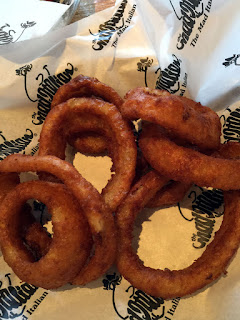 The Mad Italian is quite popular amongst locals and it gets crowded during lunch - try going a little earlier or later than the normal 12-1 or it can take some time to get your food. The service here is exceptional - even for a table of one! The Mad Italian reminds me of the Italian places you used to see in the 60's and 70's - good fast service, tasty food and consistency you don't often see these days - it's also very reasonably priced - you can easily get out for less than $10 during lunch (a bit more with two subs, rings and a beer though). It is a bit on the dive-y side so don't expect cloth napkins! 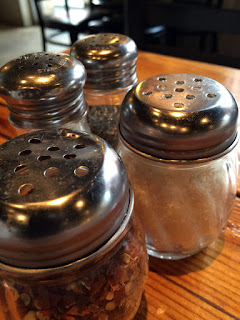