The Bombay Grill can be found at 2165 Savoy Dr, Chamblee, GA 30341, the access road that parallels I285 along the North end of the Perimeter between Chamblee Dunwoody Rd and N Peachtree Rd (the exist signs also lists N Shallowford Rd). Savoy Dr is on the inside of the Perimeter - you'll also see the massive Bowlmore (or is it Bowl 400 now?) facility nearby so it might be fun to plan both a buffet and bowling adventure. 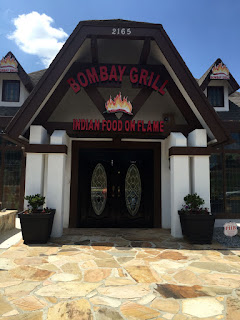 Bombay has been at the location for many years - it's an interesting if a bit dated building that contained many tables and a fairly simple buffet line, originally. It was also a bit tired and offered very mediocre food and eventually closed more than a year ago. The few times that I ate here it had more to do with having a centralized meeting location than for the food itself - think very mediocre. I think the last time I ate at the original was over two years ago and I was little impressed. I'm happy to say that the new management has done a fantastic job both revamping the tired interior and producing much, much better food. 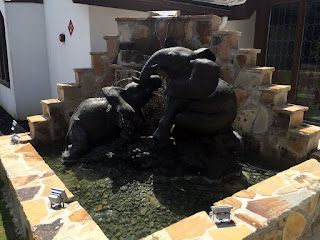 The exterior has been freshened up a bit, but it's really the interior that shines with new booths that provide a bit of intimacy that wasn't present originally, and much nicer, more upscale fixtures and trim details (check out the metal ceilings!). There are also some rather astonishing expansive artworks on the walls that provide stunning vistas into Indian life and culture. Kudos to the designer who took this place to the next level - there's both elegance and style where previously there was none. I'd feel comfortable entertaining any group at this restaurant. 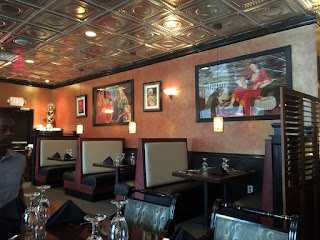 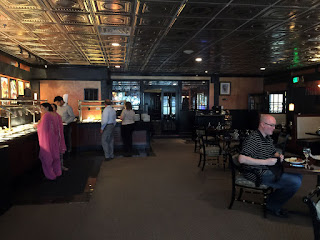 I came during lunch and elected t have the buffet. Don't let the line fool you as there are many options that are a bit unobvious. The current hot-line has a soup kettle (which today contained a hot-and-sour soup that was spicier, more acidic and heartier than the typical mulligatawny), a long hot-table and a short table at ninety degrees that contained cold items. I thought the buffet food good but for a restaurant with Bombay in the name would have expected more Northern Indian items (even the Northern items seemed in need of a bit more spices as the flavors were a bit indistinct). The restaurant seemed to have more South-Indian items that belied its name (not that this is a bad thing but my South Indian friends noticed it right away). The other thing that was noticed, at least by my vegetarian friends, was that the veggie items were mixed with the meat items which is atypical of Indian buffets in the US - it doesn't bother me but Bombay may want to adjust this. 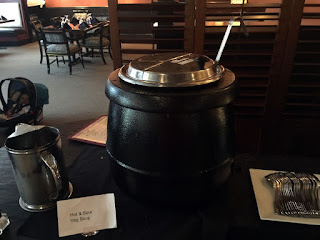 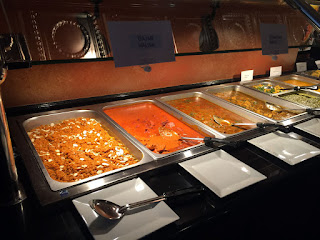 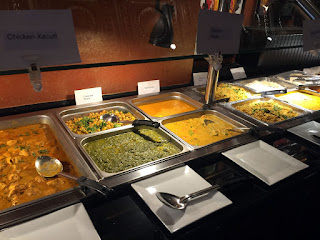 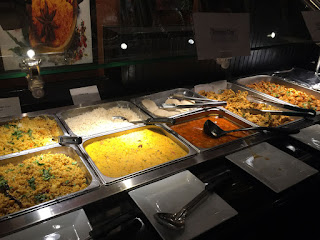 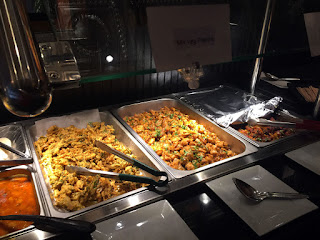 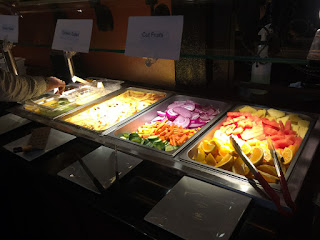 The other unexpected treat was the push-pot of Indian style latte - it wasn't the heavily spiced tea-cooked-with-milk that I experienced in Bangalore, but was still good and not something you typically see (although you can sometimes ask for it) - kudos to Bombay for having this extra touch. 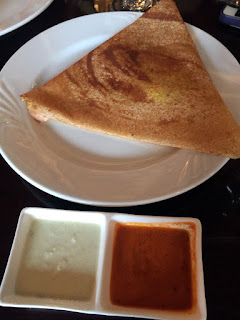 The third treat, and something you need to experience, is the Masala Dosa - when they come around offering naan they'll ask if you want one. If you haven't had this, it's basically a crepe-style pancake that's rolled over with a fill of curried veggies (mostly potato) and served with some sambar and chutneys. When I was in India this was my favorite breakfast item - traditionally served in the South on a banana leaf - it's simple, delicious food and worth experiencing if you haven't (yes I know some other buffets do this, but when I see it on a buffet it's typically small, enchilada-shaped dosas that have been sitting on a hotline - these are made fresh). 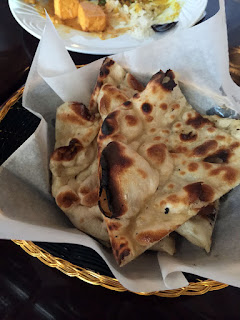 I'm very curious now to experience Bombay Grill for dinner - perhaps I'll have an update to this review soon for the evening service. Speaking of service, in a word it was fantastic, with many people coming by our large table and taking care of us. Between the updated interior, the decent food and the great service, I'll be coming back, as will my friends.

(shorter version of this review posted to Yelp)