You can find Casa Vieja at 3652 Shallowford Rd NE, Doraville, GA 30340 in Doraville on one of those cut-through streets. It's in the middle of a small strip mall that looks like if fell off the face of the earth, with almost all ethnic shops and restaurants. Parking is fairly cramped so you may have to walk a bit but the food is worth it. 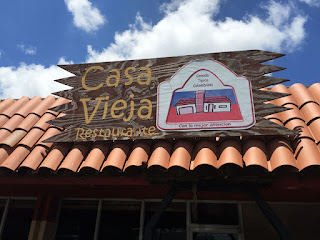 I hit Casa Vieja on a Friday when I didn't have much going on and was just looking for something different for lunch, preferably in an area I don't usually visit but not too far from the house (I had taken the day off). It popped up on Yelp as I was driving near Doraville so I decided to give it a try. The shopping center reminded me of being in a border town, very ethnic with an interestate bus pick-up going on nearby and tons of people with luggage. Don't let the shanty-like appearance fool you though as the food at Casa Vieja is very solid Colombian-style cuisine. 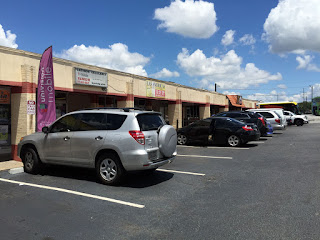 The interior is very bright and the place was packed. I was taken to the only open table and there were several groups, mostly of Latinos but I spotted an occasional American, probably from local businesses. The menu has 4 pages that was broken up into Entradas (Appetizers), Carnes (Meats), Comida de Mar (Seafood), Especiales (Daily Specials for both Saturday and Sunday), Botanas Mexicanas (a few Mexican items), Postres (Desserts) and Bebidas (Beverages. 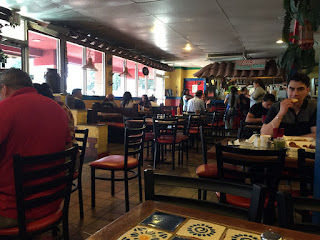 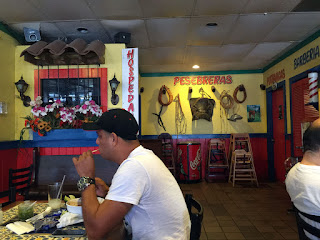 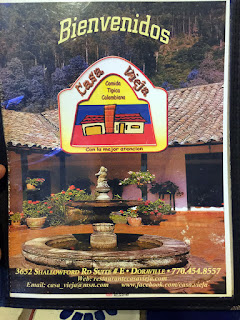 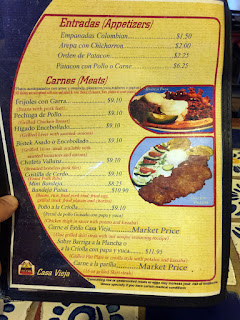 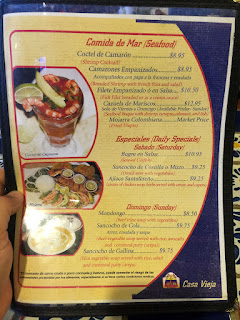 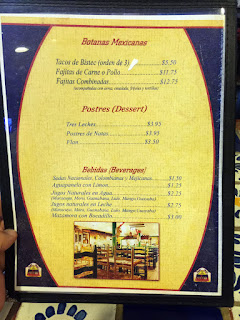 The servers were very attentive and even with broken English were able to describe the contents of the various meals and the lunch specials - there were two, a fish that I didn't pay too much attention to and the Bandeja Paisa (lunch portion so smaller than the regular platter, plus it came with a juice drink - I chose the raspberry, all for $7.99). I really like the Paisa's that you usually find in Colombian restaurants - they have a variety of meats (carne asada and chicharones), a fried egg, rice, beans, maduros style plantains and an arepa in this example. I liked everything except the arepa (but in general I don't care for them much - in some Columbian restaurants you get tostones instead). 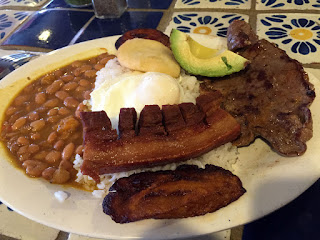 I found the food very good and the portion perfect for lunch. As with just about all of the Colombian restaurants I've visited, the food took a bit longer to make it to the table once ordered, but I'm guessing that this is typical - the flip side is that the food is worth waiting for and so far I haven't been disappointed.