This location of Mellow Mushroom is located at 4135 Lavista Rd, Tucker, GA 30084 in the Northlake Square shopping center, anchored by Best Buy. There are other restaurants nearby but with the exception of Bambanelli's on the other side of the mall, the others aren't worth visiting (IMHO). 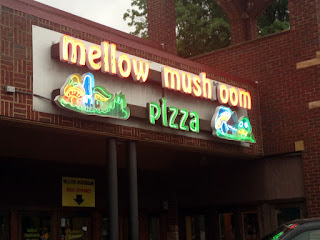 I've visited this Mellow Mushroom for many, many years - it used to be located across the street in a much smaller location that pretty much only had room for a pizza pickup. This location, while much more expansive, is a bit weird in its layout - there's a tower at this corner of the strip mall that has a room under it that serves as overflow dining - I've rarely seen it used. When you walk in there's a foyer with a table for someone to seat you - you have the room that extends off to the right under the tower, a room to the left that's almost an open-air patio (but it's inclosed instead), regular dining inside to the left and then a decent sized bar to the right. It makes things a bit confusing if you're not used to the layout. But I digress... 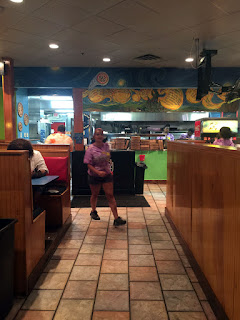 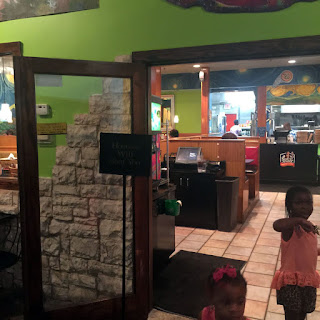 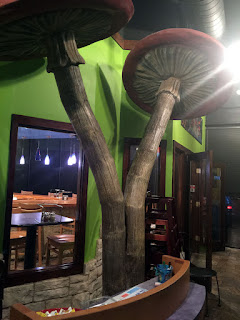 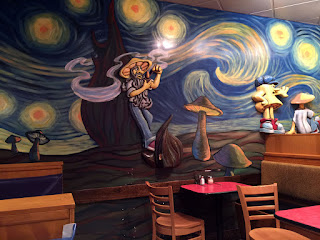 This hands-down is my favorite Mellow Mushroom as I've consistently visited so often, I claim it as my own. Yup - this Mellow belongs to me, John E. I like the mural on the wall, done in a Van Gogh "Starry Nights" style with Mel and friends as 3D sculptures. There's also a giant mushroom in the foyer declaring to everyone that this is indeed the Kingdom of Shrooms! The full-bar tends to have a good selection of local craft brews or you can get your favorite cocktail. The service here is awesome, with super friendly people - even the traditionally surly pizza chefs in the back tend to be friendly here - it's indeed a neighborhood institution - I hope that never changes. 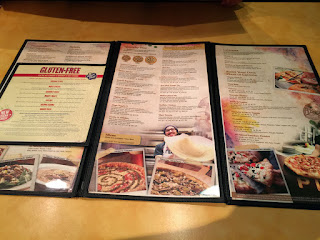 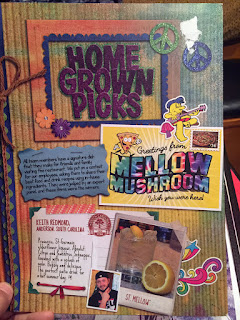 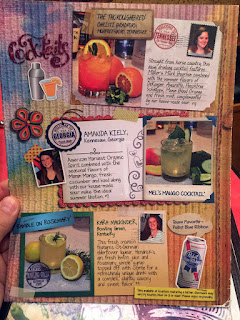 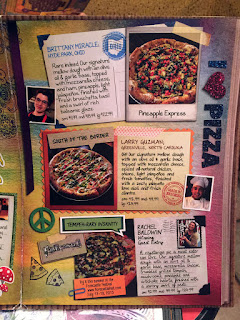 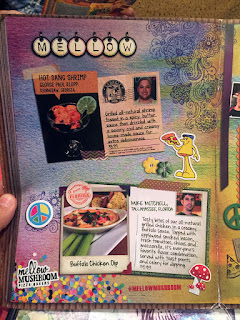 The menu is quite extensive with several "key" pies that MM has made famous, along with some variations to try, including the Bi-Yearly Home Grown Picks - these are pies suggested and selected by Mellow Mushroom employees. 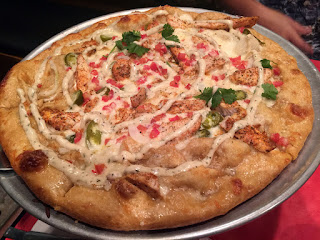 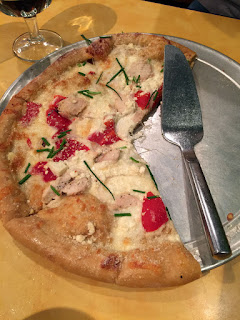 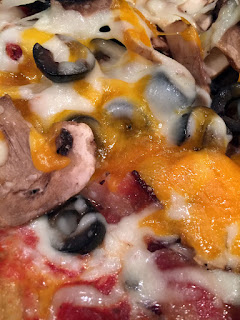 For pies, I remember the first few from the old location would occasionally have be a bit inconsistent - the pies they serve now are amazing in flavor, consistently and crispiness. I hate a soggy pizza and have very rarely had that problem here. Prices have gone up a bit since the old days, but it seems every place I like to visit has that same affliction. The crust at Mellow Mushroom is a whole-wheat blend that is quite delicious - they also offer a gluten-free crust for this inclined. My favorite pies are the Magical Mystery Tour and the Kosmic Karma - I think it says a lot that my faves are both veggie pies as I'm a die-hard omnivore. Both of these have very distinctive flavors. 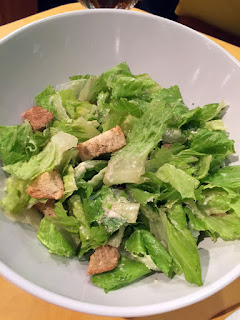 We usually pair them with a Greek, Caesar or Spinach salad - the latter has whole strips of bacon making it an out-of-this-world experience. This is still a chain (though it did start in Atlanta) so, while more consistent than previously, there's a bit of that local charm that's now missing. Of course the trade-off is that now you pretty much get the same product at any location - the negative is that some of the items are pre-packaged (like the salad dressings) and I'm not confident in the quality of the ingredients (we tend to like whole foods and organics when we can get them - we especially shy away from high-fructose corn syrup). I still like the salads quite a bit - don't be fooled into eating a large though, the small is plenty. The dressings have become institutionalized but they still taste pretty much the same as what was served in the past. 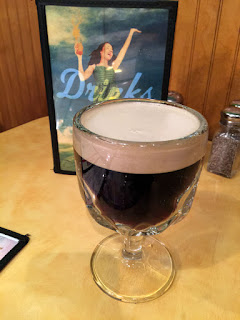 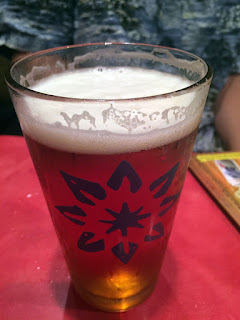 I really also like the bar area in this location - they feature daily beer specials so belly up and enjoy something different, like a local or micro-brew. Ambiance is heavy on Van Gogh's "Starry Night" but I like how each location is tied together thematically. Oh and if you want to try a bread treat, go for the pretzels - fresh baked with parmesan cheese, served with a side of marinara - yum!. 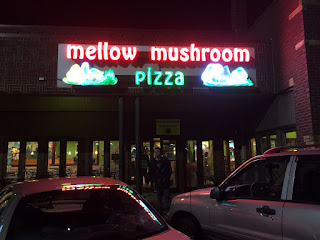