This location of India Palace is located at 4534 N Lindbergh Blvd, Bridgeton MO 63044 on the 11th floor in Bridgeton. I'm not sure if it's related to the location in downtown St Louis. The restaurant is located at the top of a low-rise at the end of a hotel - it was a bit difficult to get to based on the Google Maps directions from the main highway. Parking is in the regular lot then you go to the opposite end from the hotel lobby to access the elevator. 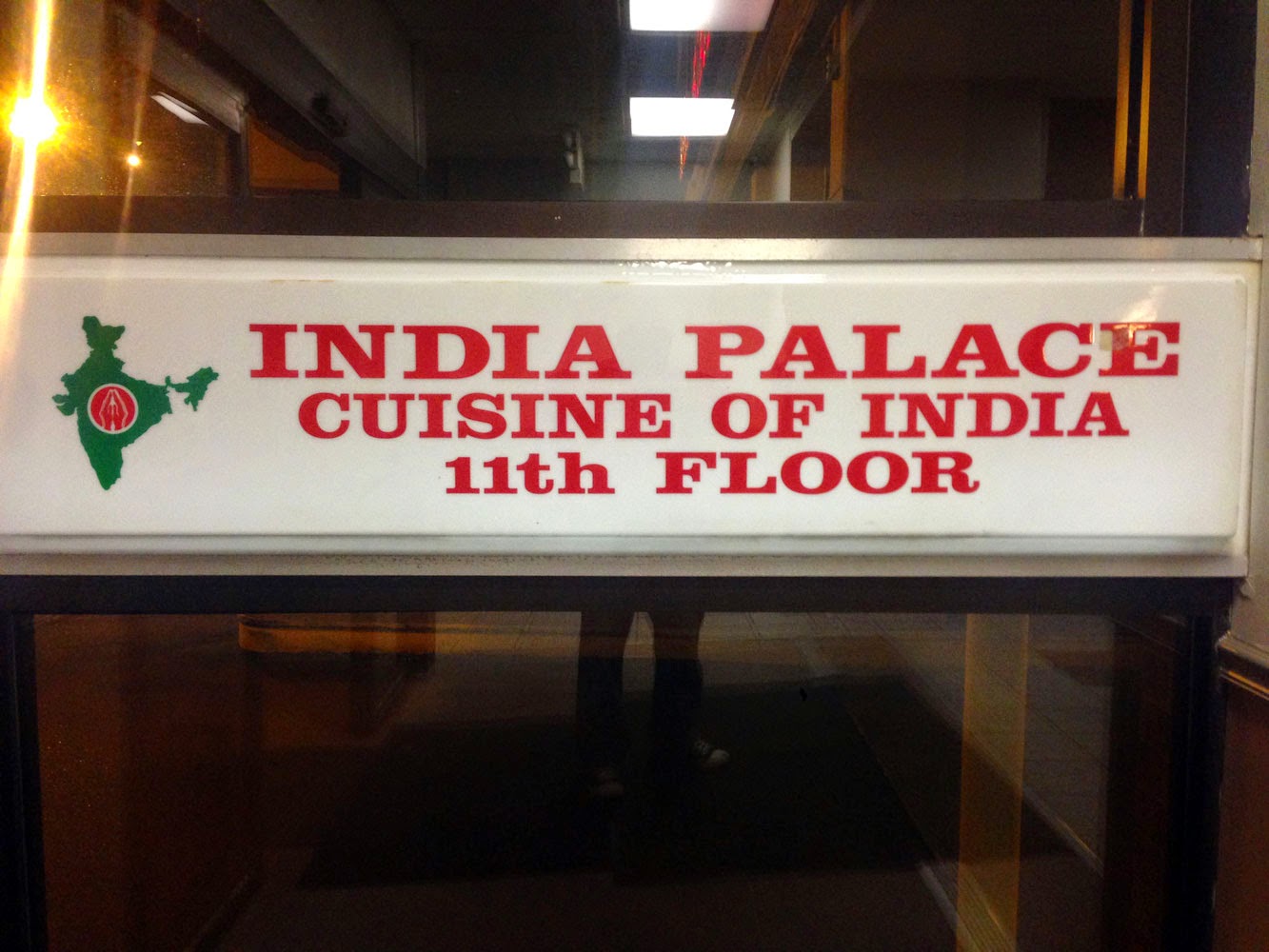 I was visiting our St Louis offices for a work summit with two members of our team. Having had limited success with Indian cuisine in other cities (see my reviews for Salt Lake and Providence) I figured we had a 50/50 chance of finding something good. The convoluted path to access this restaurant did not lend itself to my having much confidence in India Palace, even with a solid 4 star Yelp rating, however I was pleasantly surprised!

Walking into India Palace you feel more like you're walking into a tree-top grotto - there's a stone wall covered by vines and obligatory shrines. The main dining room features tatami covered ceilings and interesting rattan pendant lights invoking the George Nelson bubble lamps you see at Lambert airport - the room is a bit cramped (long and narrow) however the large windows more than make up for that. The view in a word, is spectacular providing great panoramas of the airport landing field. 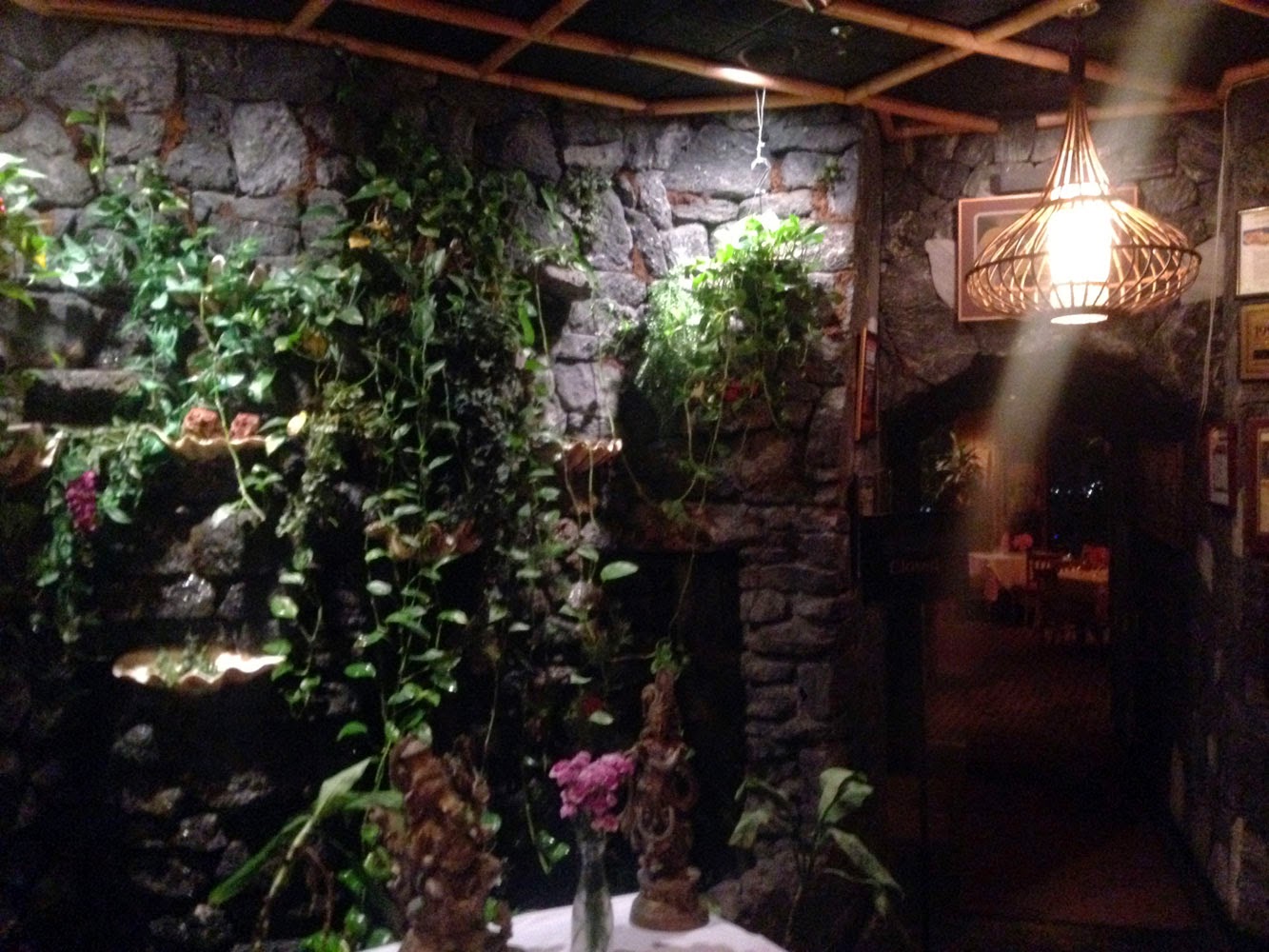 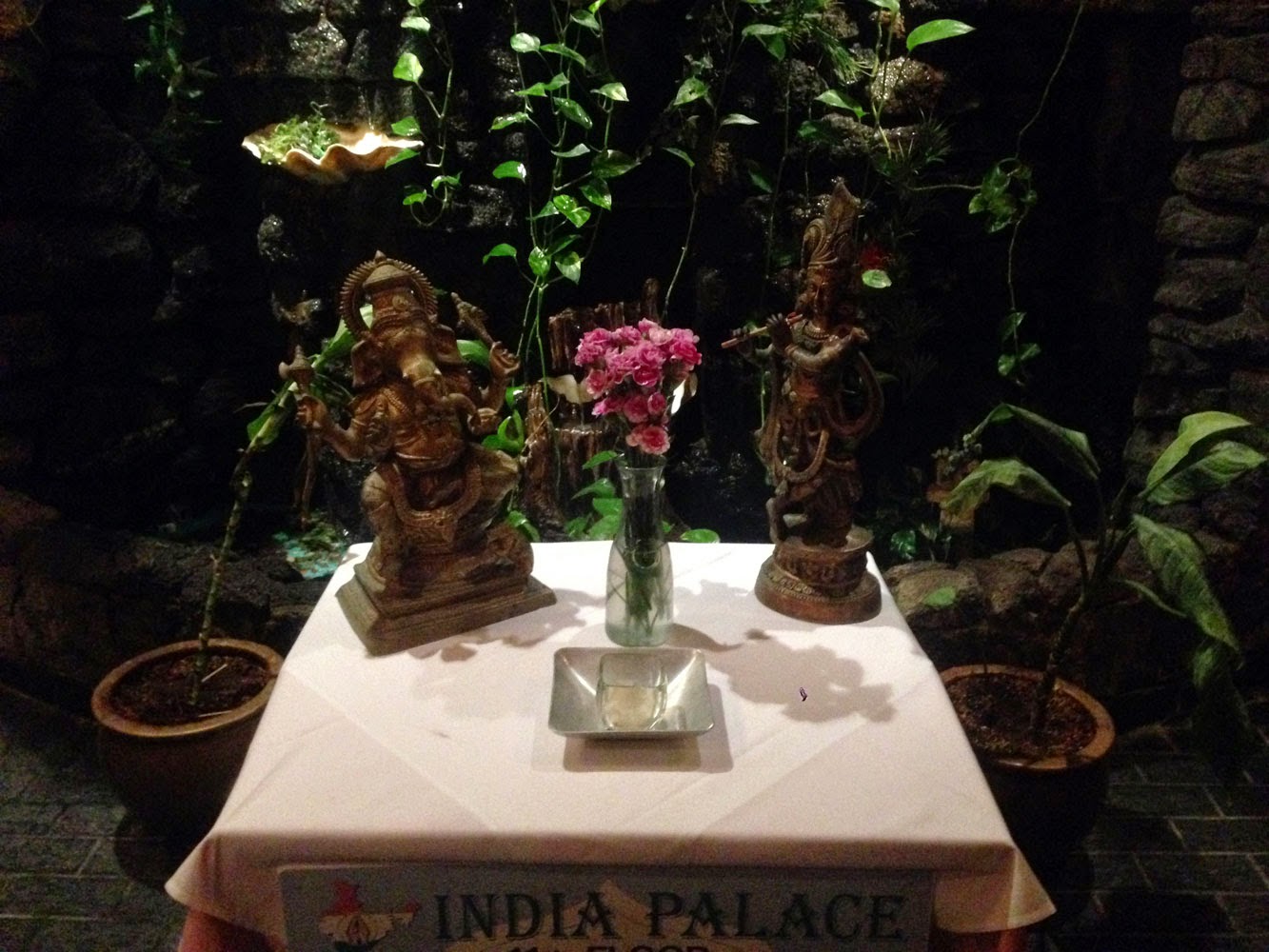 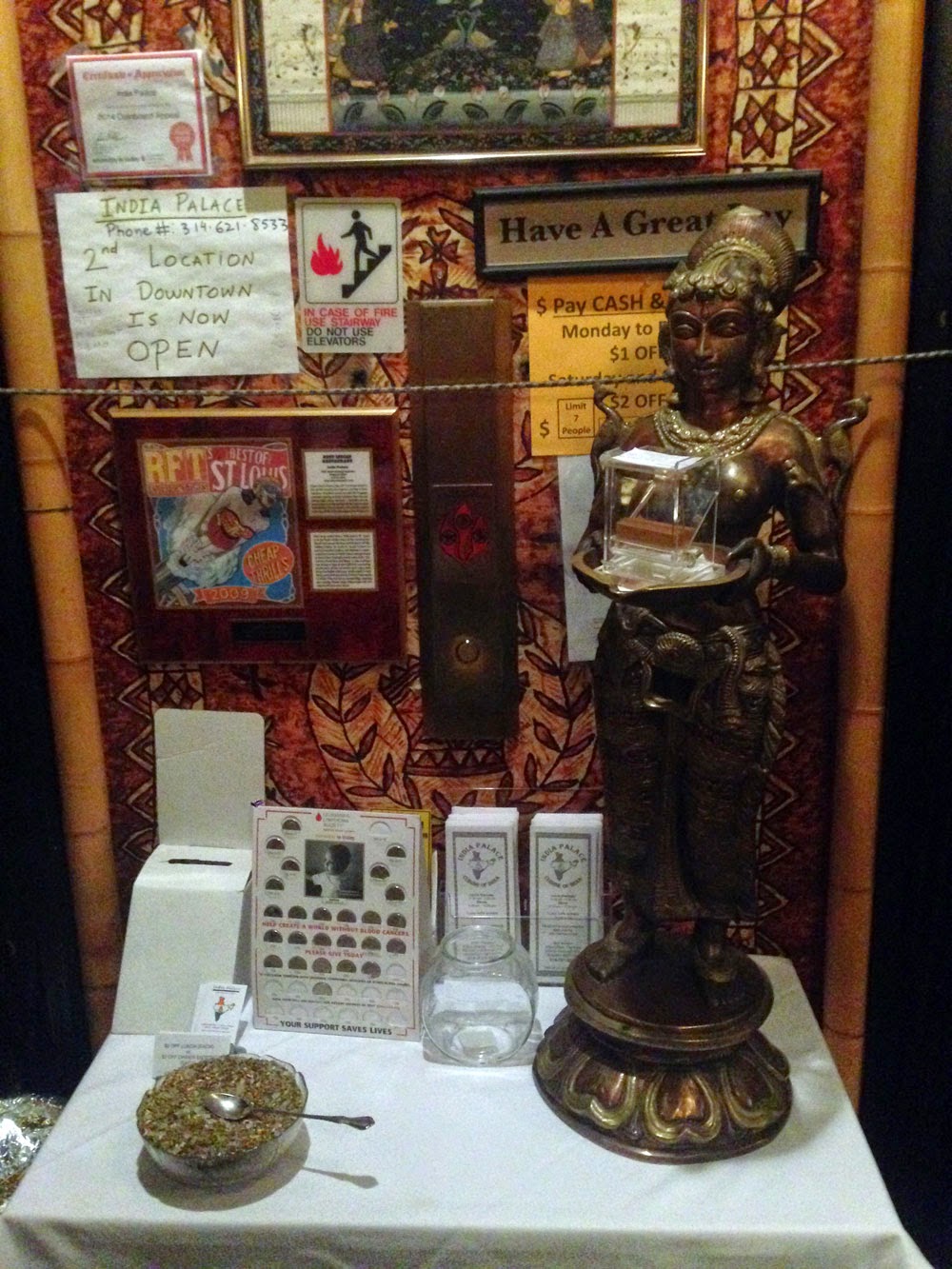 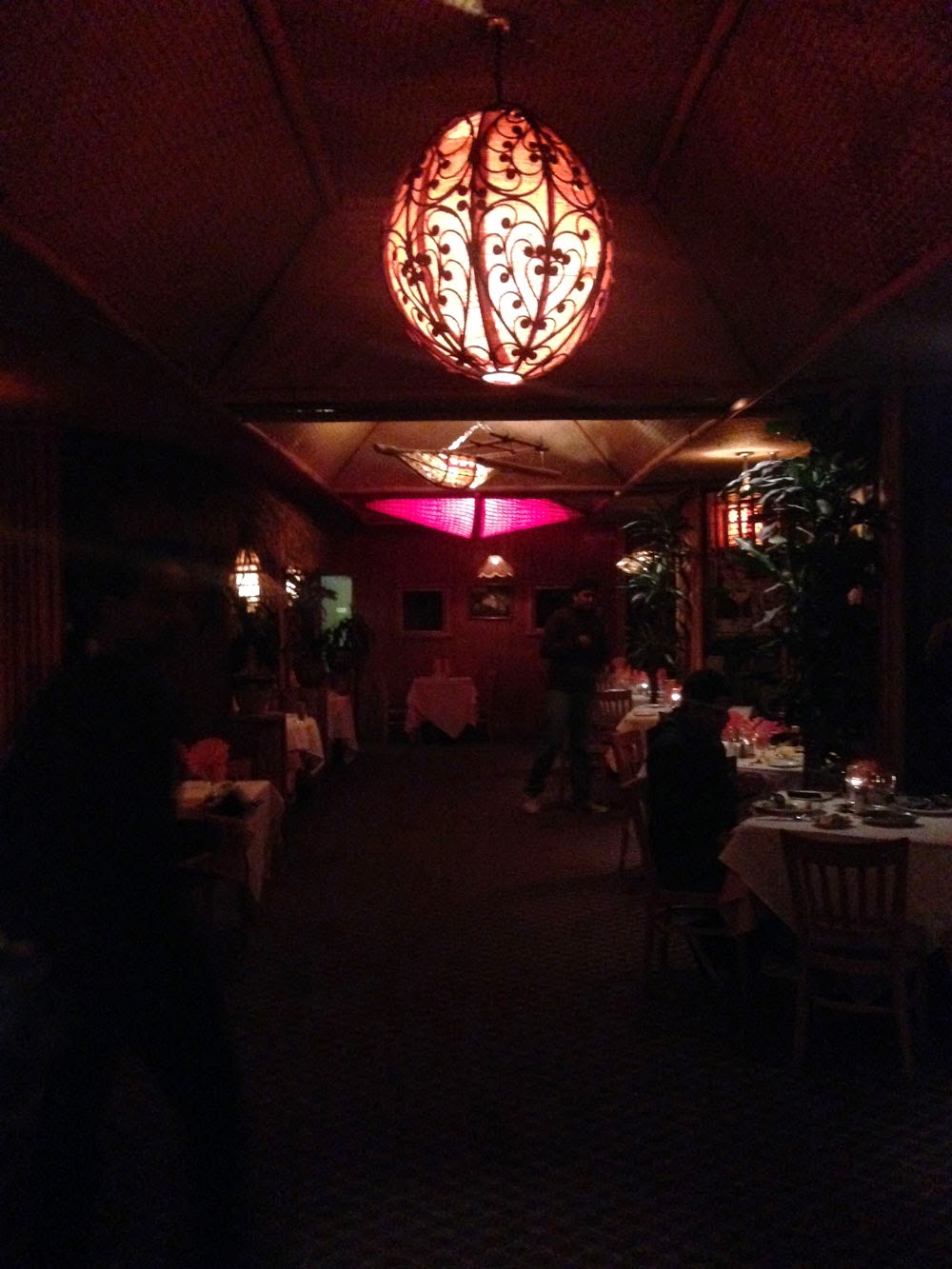 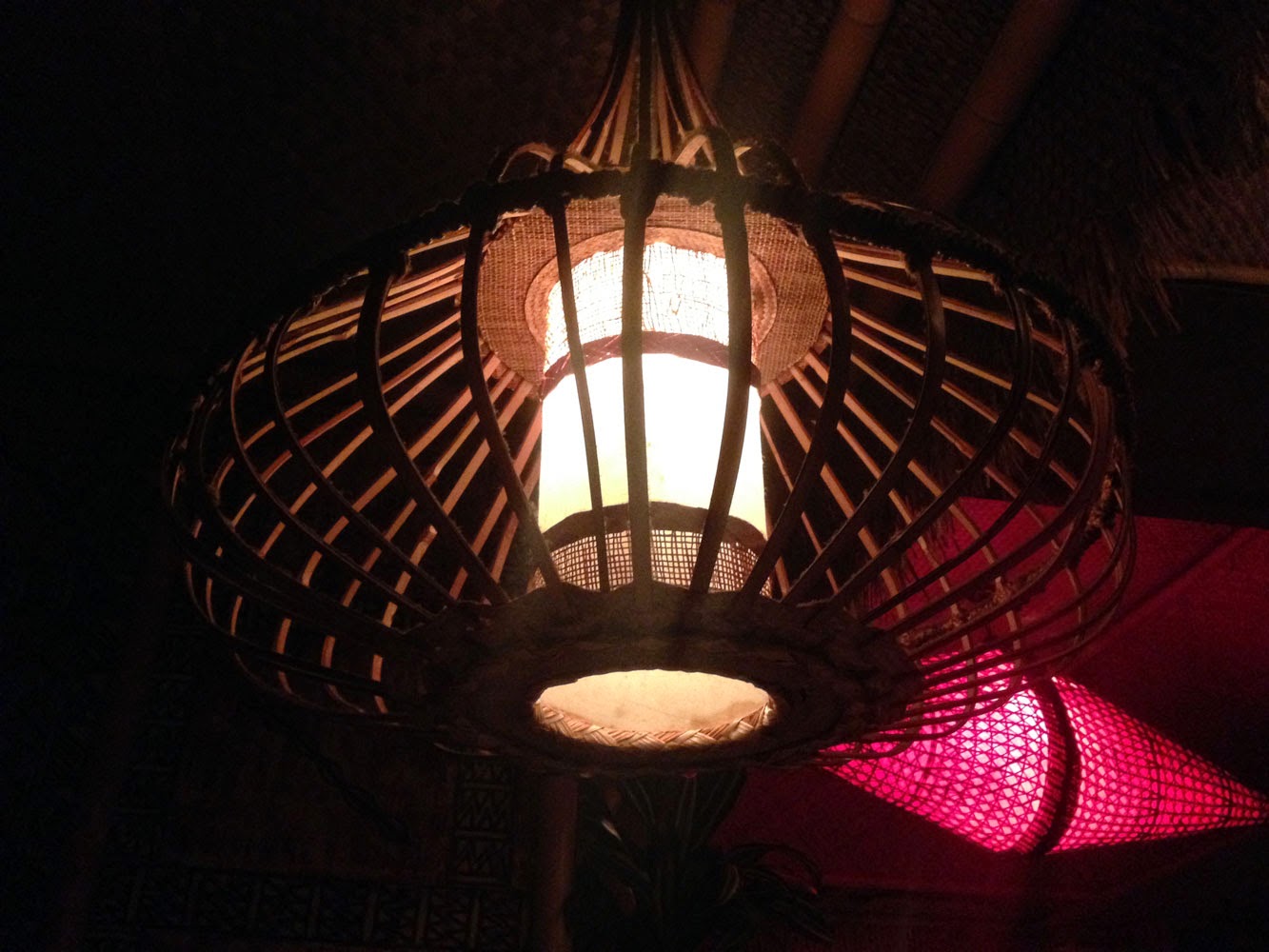 We were seated quickly (it was a Sunday evening) and provided extensive menus. There's quite a bit on the menu to study including diner specials to towards the back (per-person preselected feasts that include multiple entrees). 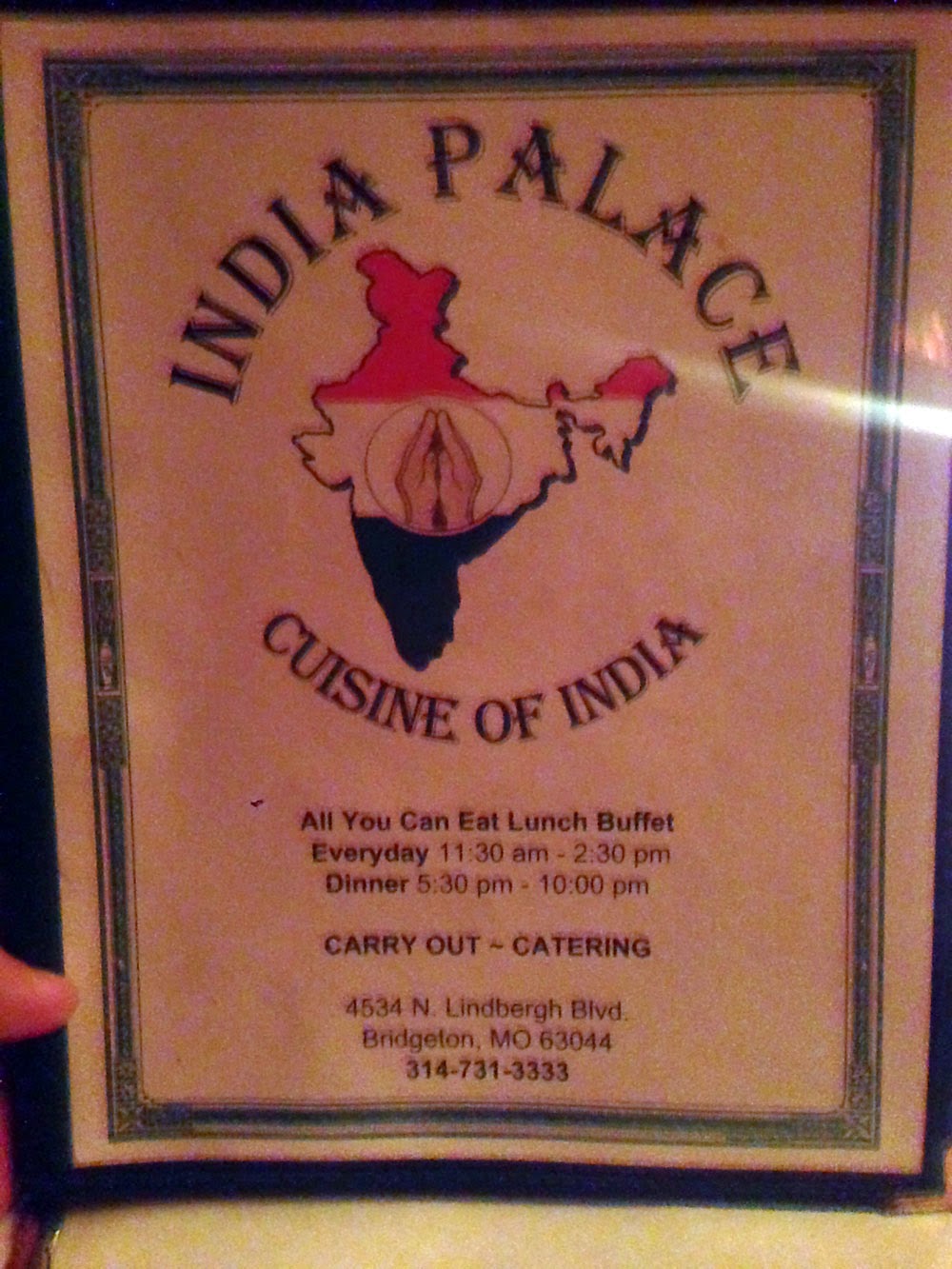 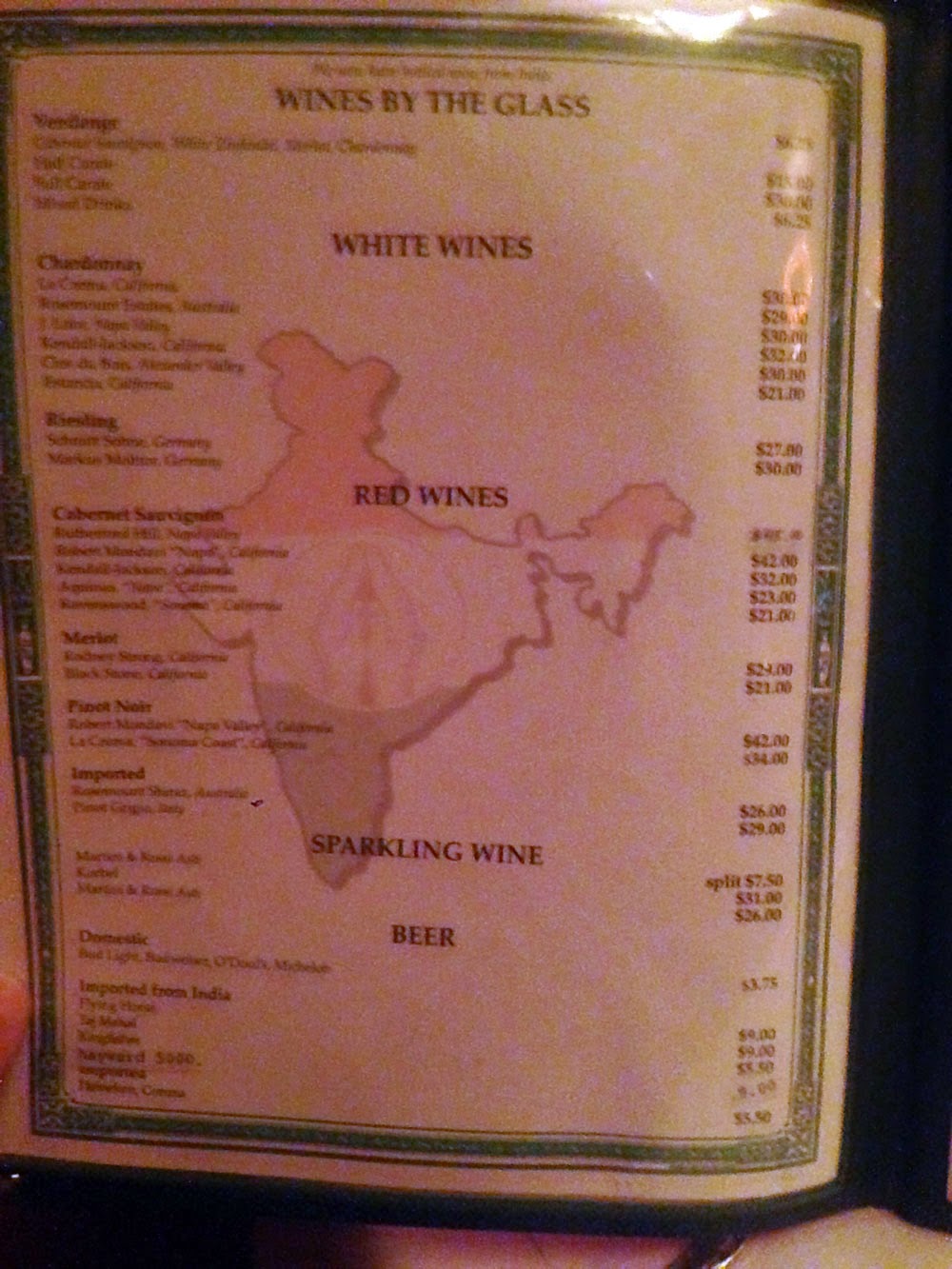 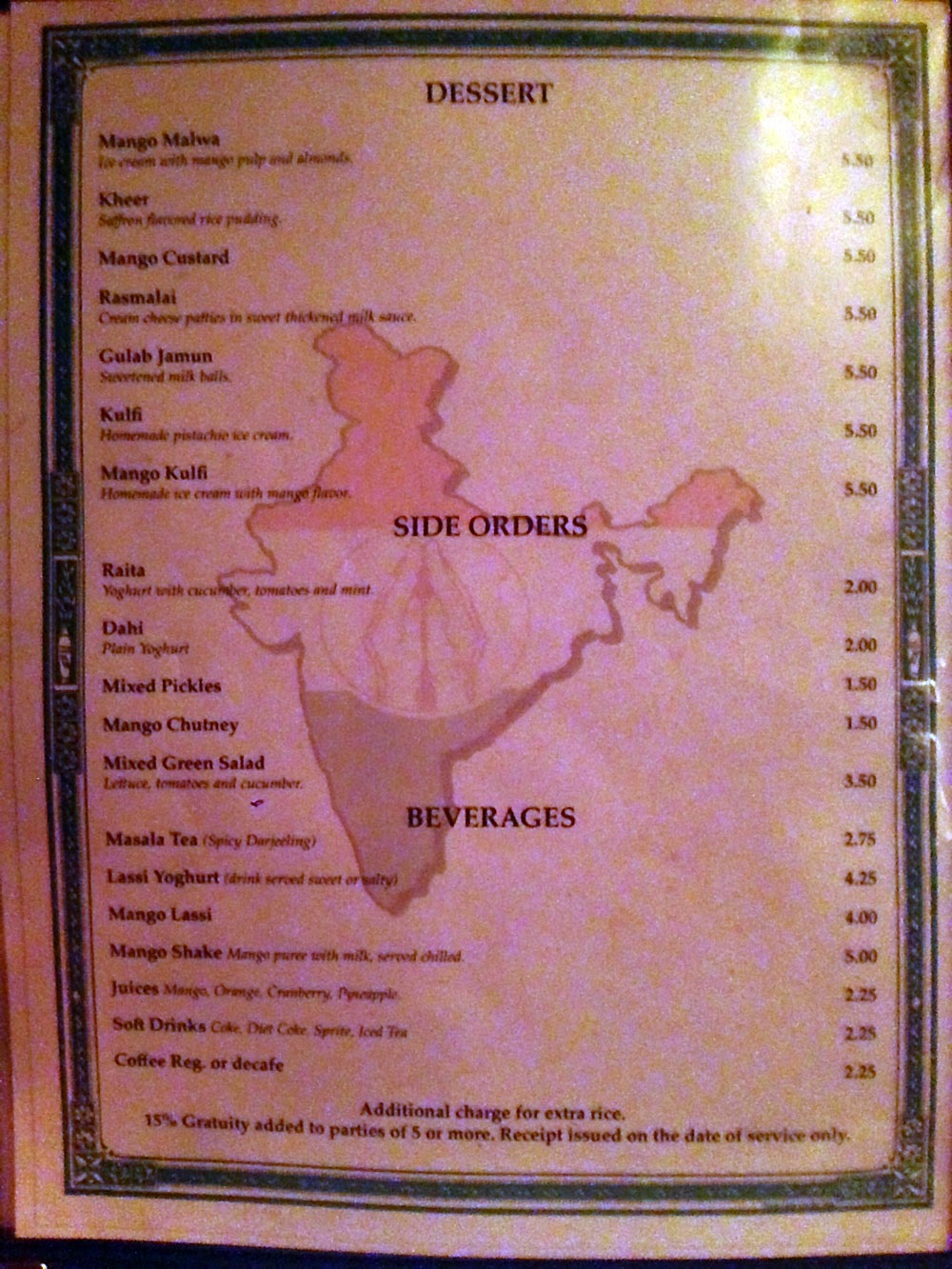 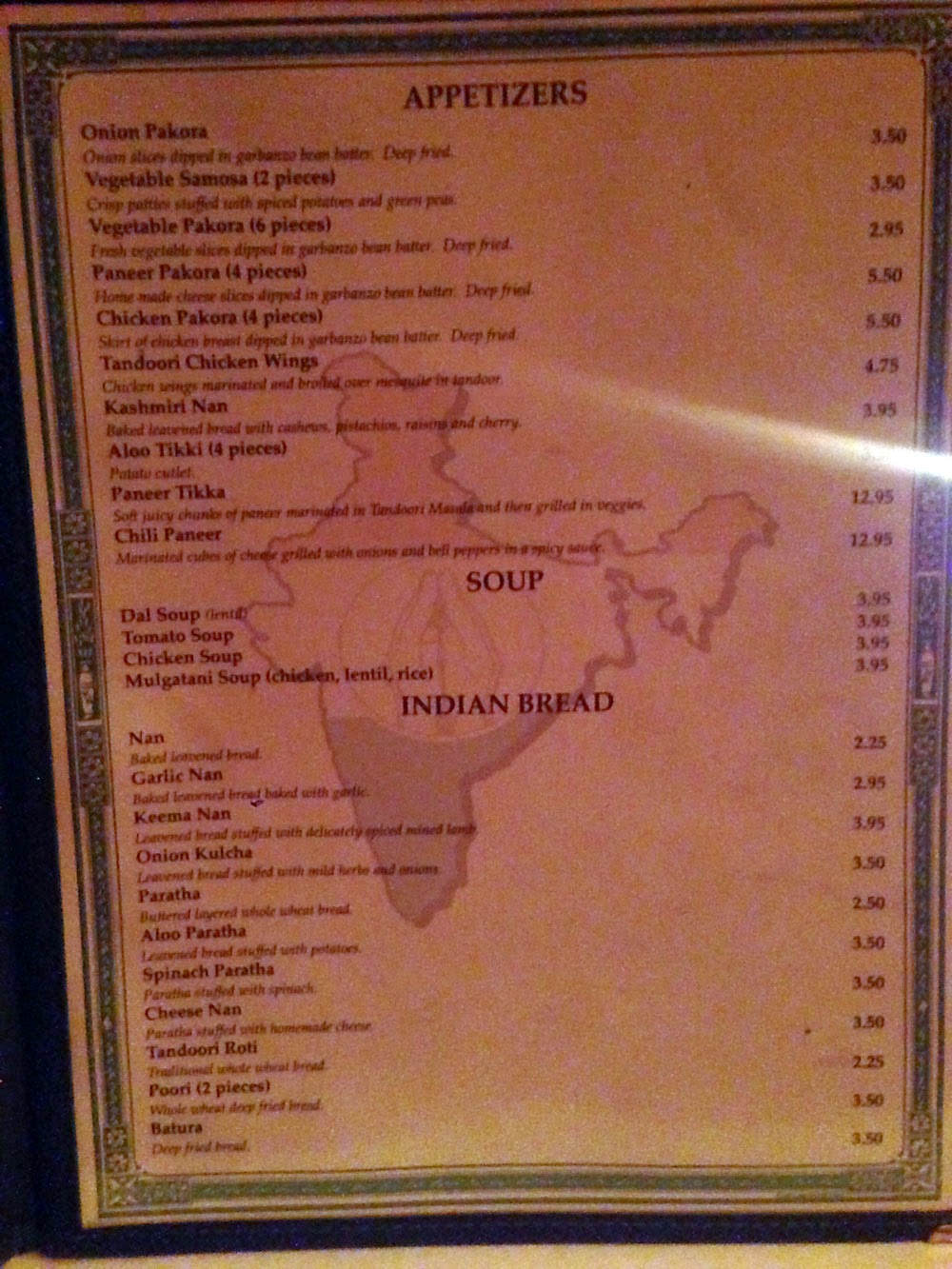 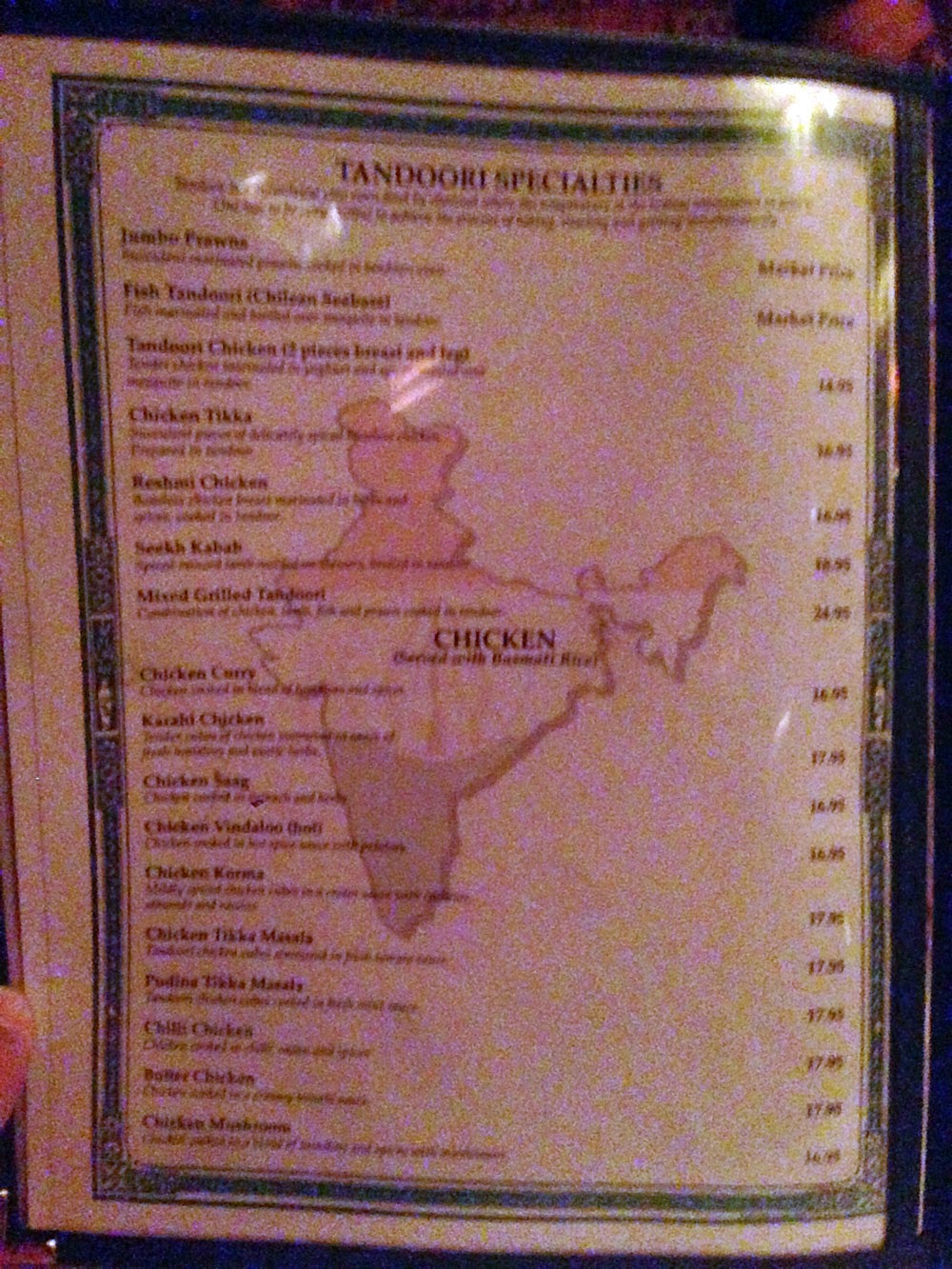 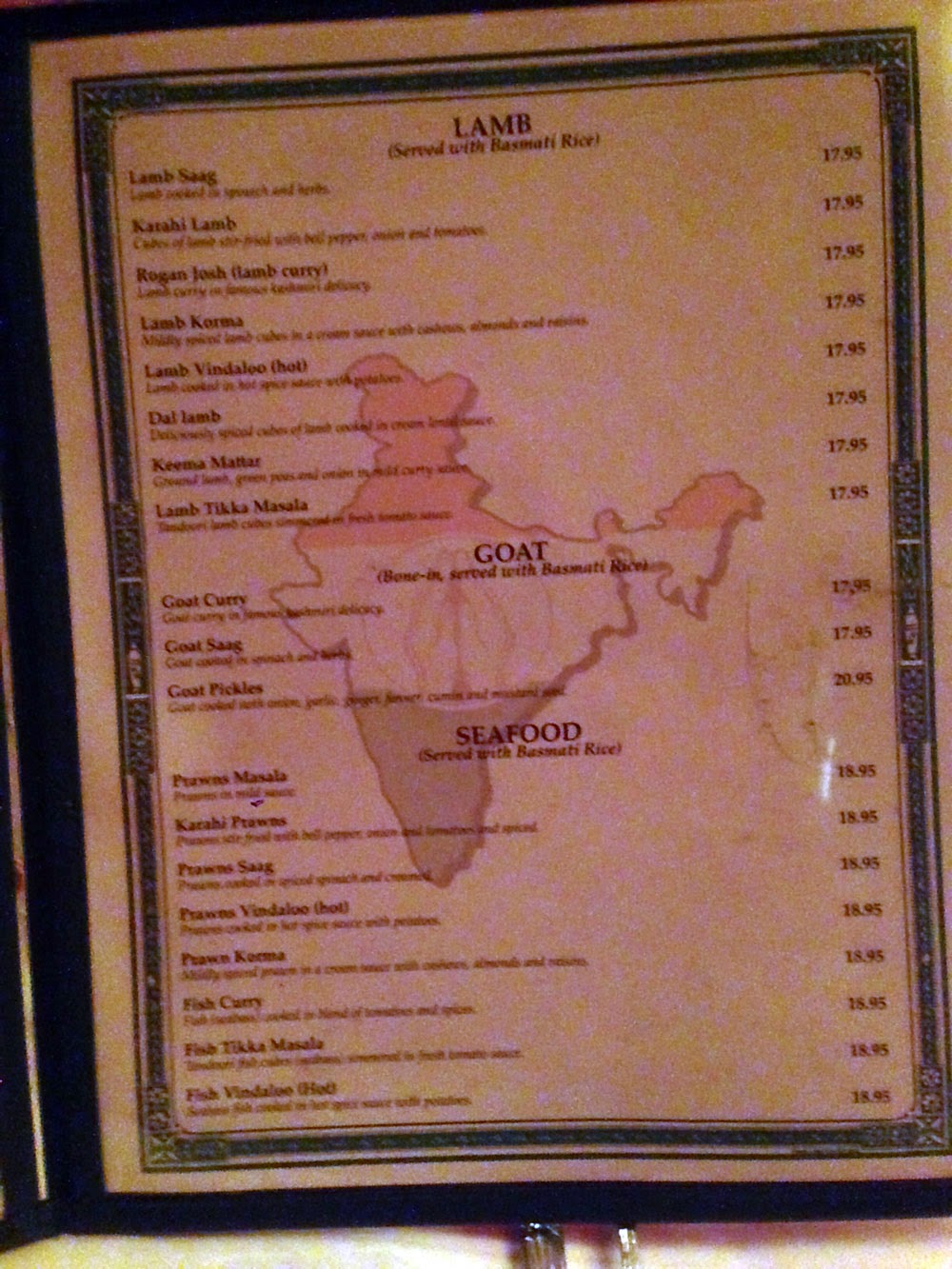 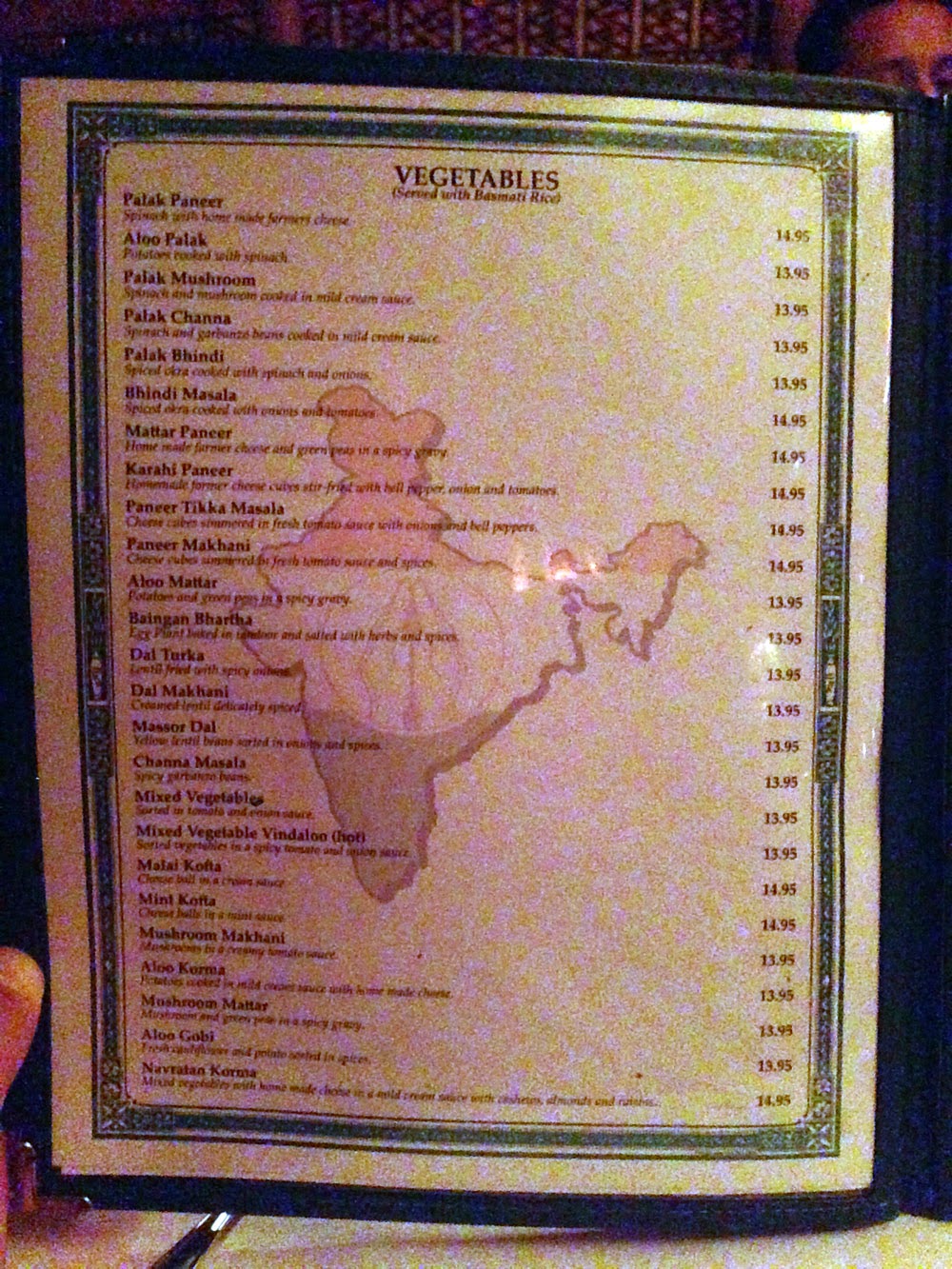 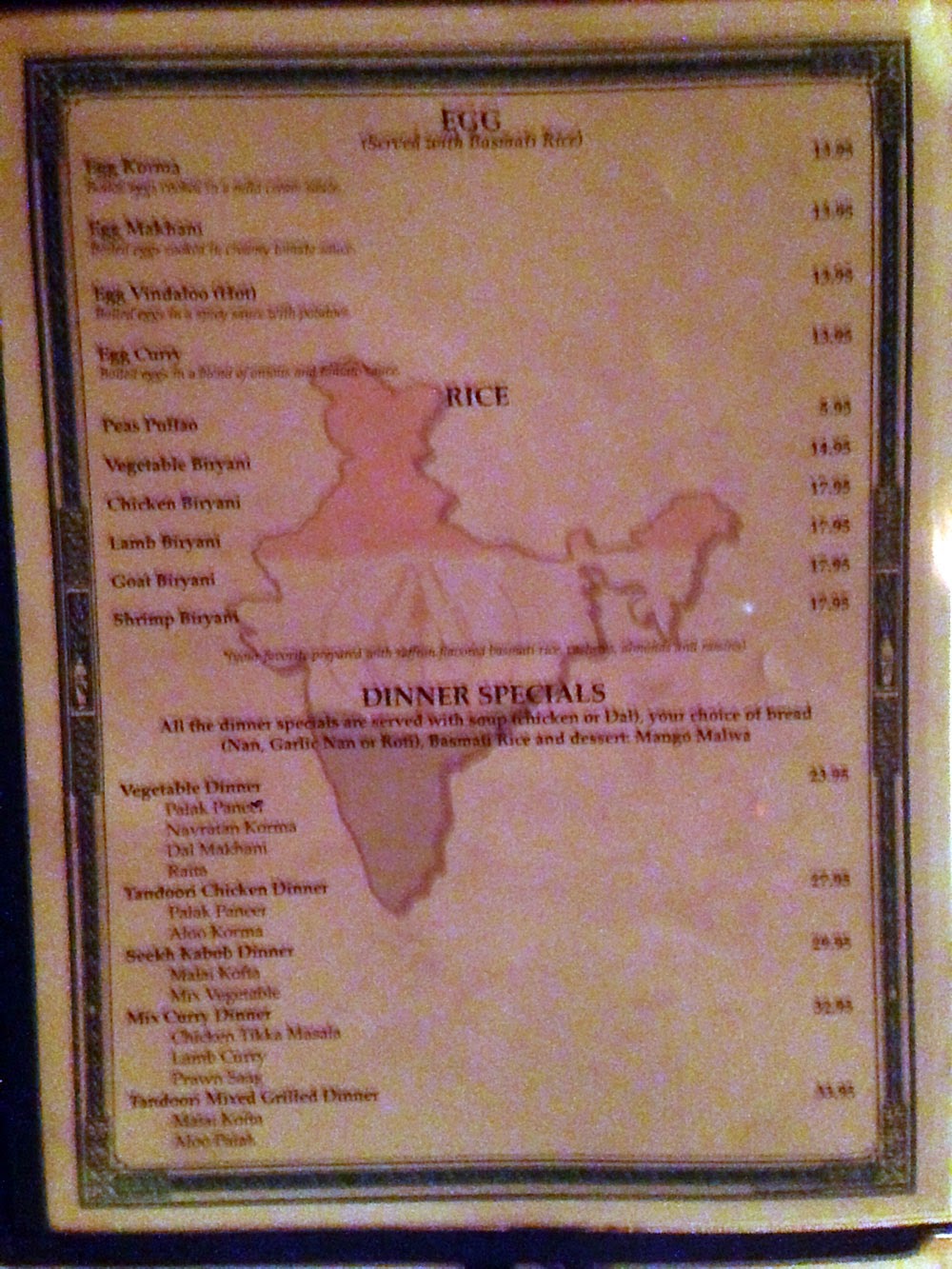 I spotted something interesting from the beer menu - Flying Horse Royal Lager Beer - supposedly from Bangalore. Funny, the entire time I visited India I never saw any other local beer than varieties of Kingfisher (Blue, Premium, Draught, etc) - I even asked for Taj Mahal which can be found in many US Indian-food restaurants but no one I asked had ever heard of it. No mention of "Flying Horse" even while visiting Bangalore. The beer was a typical lager about on par with Kingfisher Premium and nothing special - that didn't keep me from drinking it. We were also brought a platter of pappadum with chutneys/sauces that were very good. 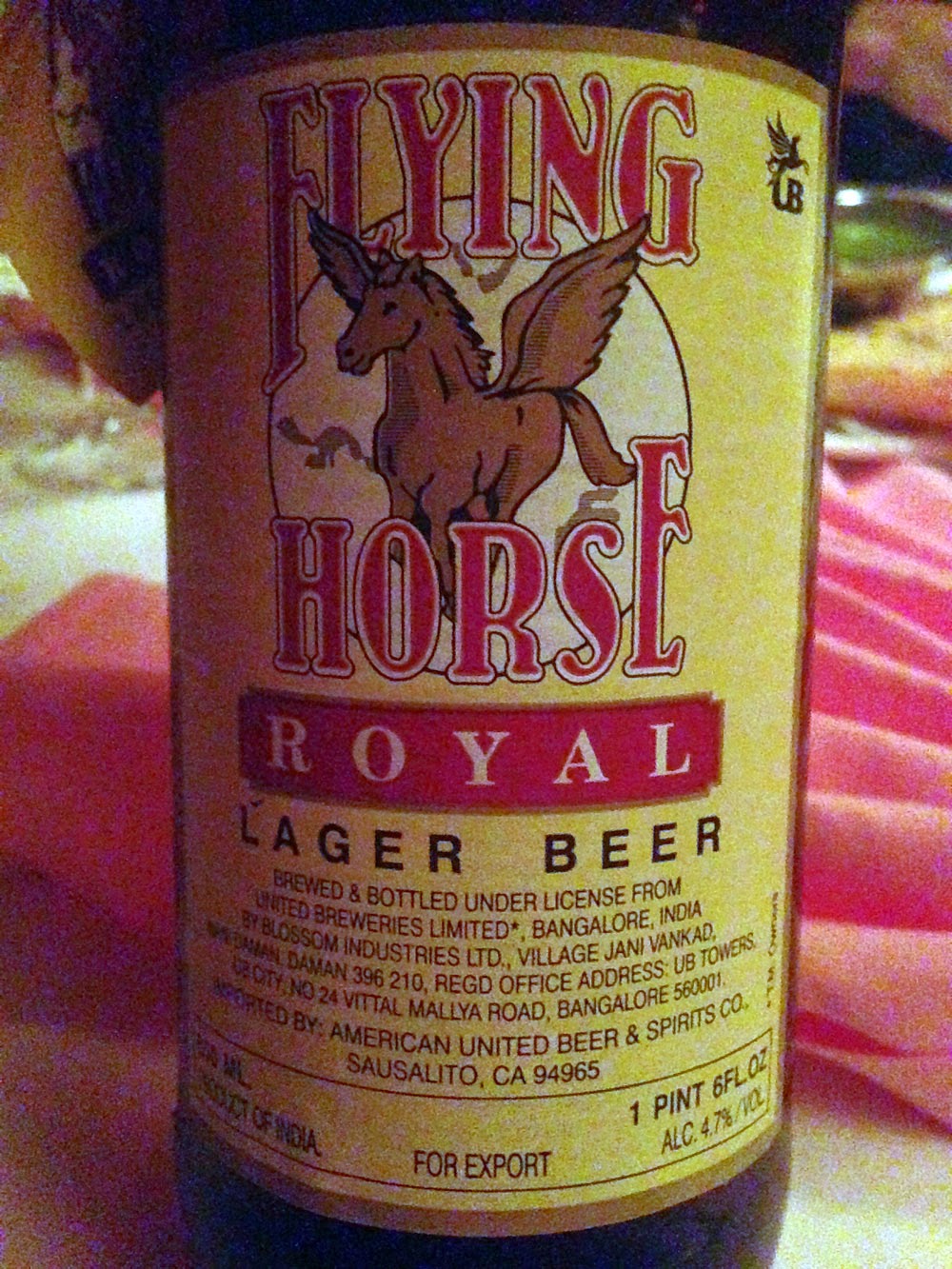 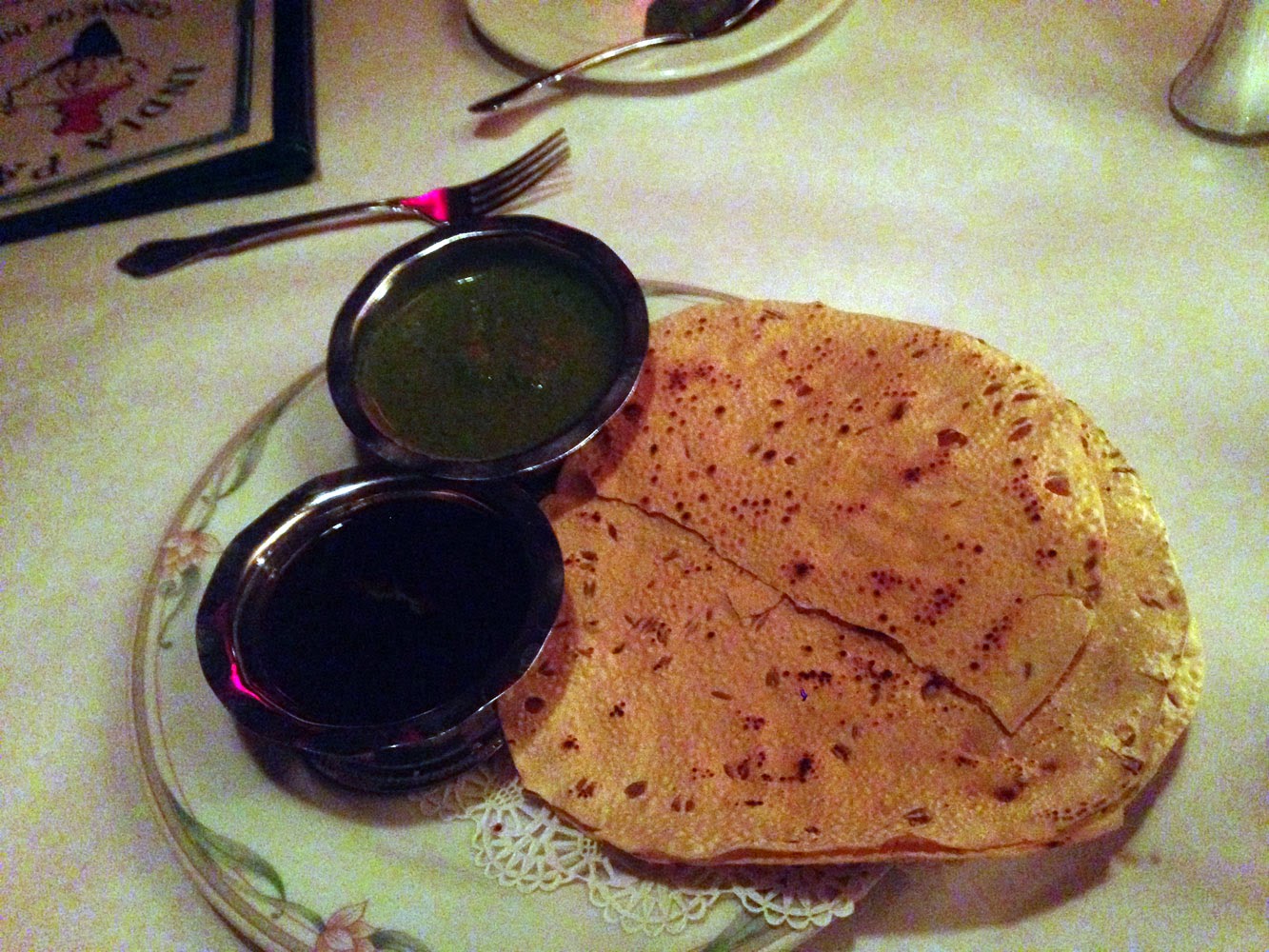 For dinner we selected:

Mulligatawny Soup - I decided to try it since I haven't in a while - it's basically a watery dal with a bit of coriander and cumin. This version was quite good. 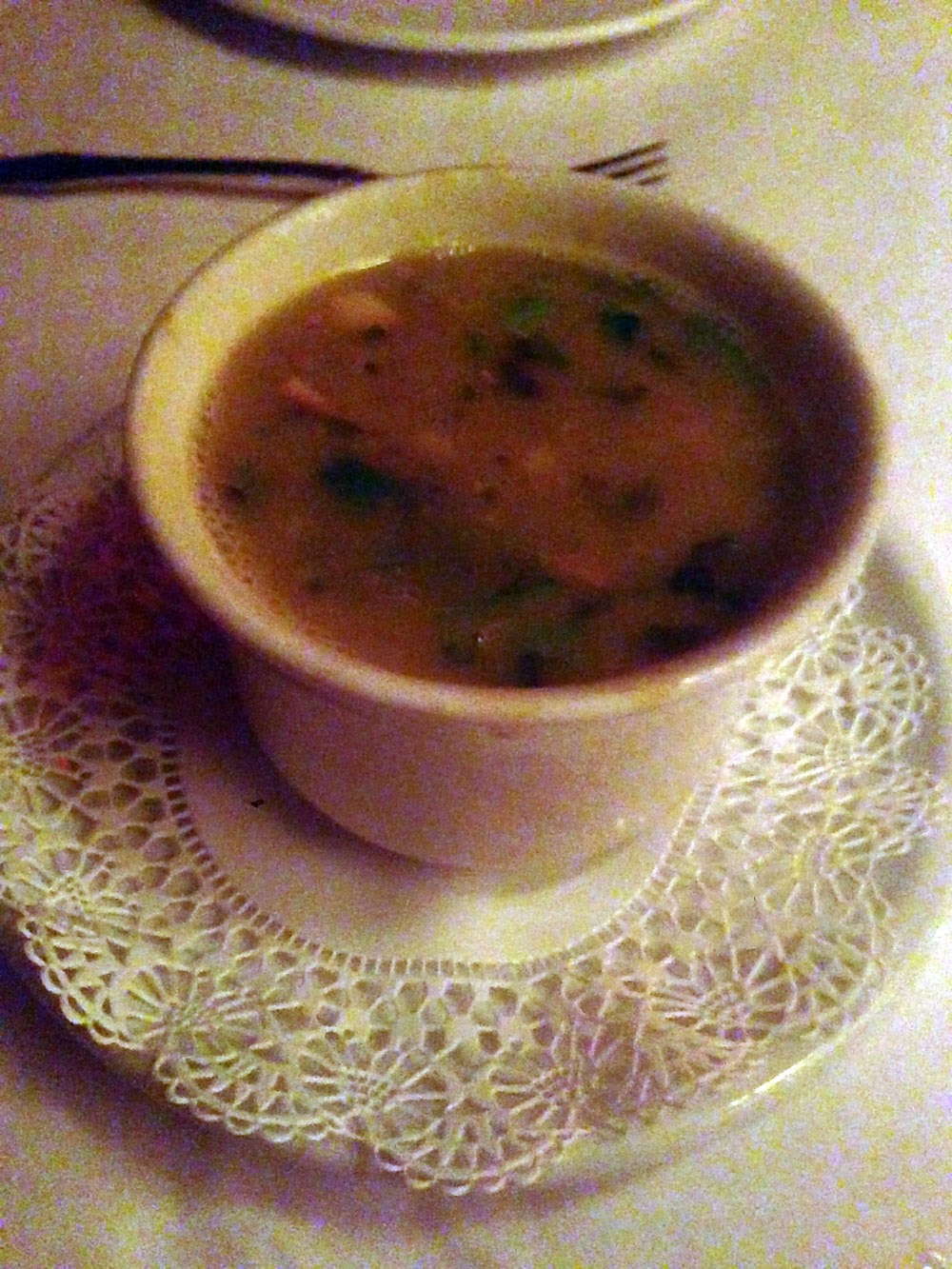 Chicken Tikka Masala - this is the classic "stand by" that most Americans know as "butter chicken" (I found while in India that every different region had their own "butter chicken" and that all of them tasted different). 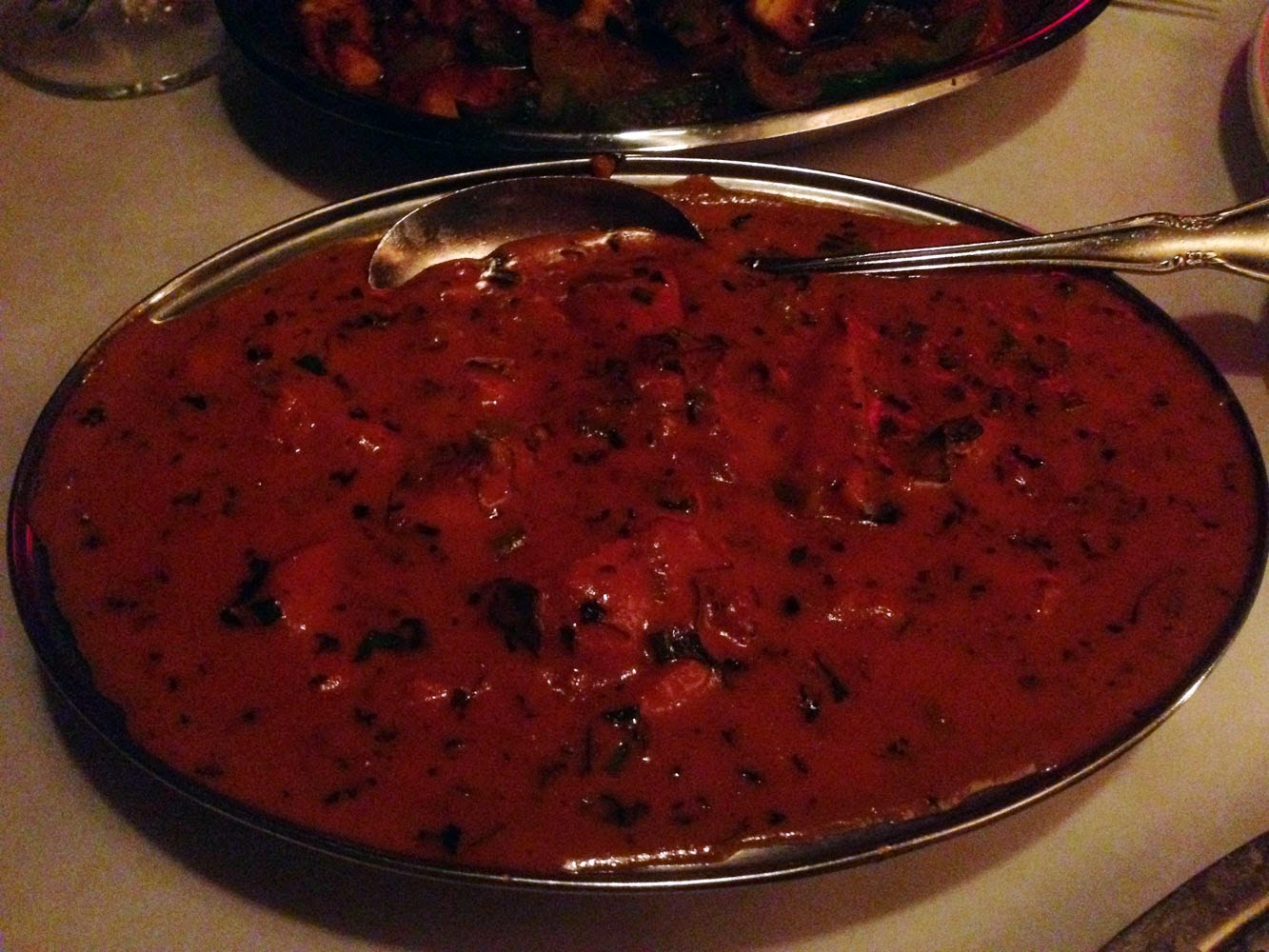 Kadai Paneer with onions and chilies - this vegetarian dish was very delicious with nice homemade chunks of paneer (cheese). 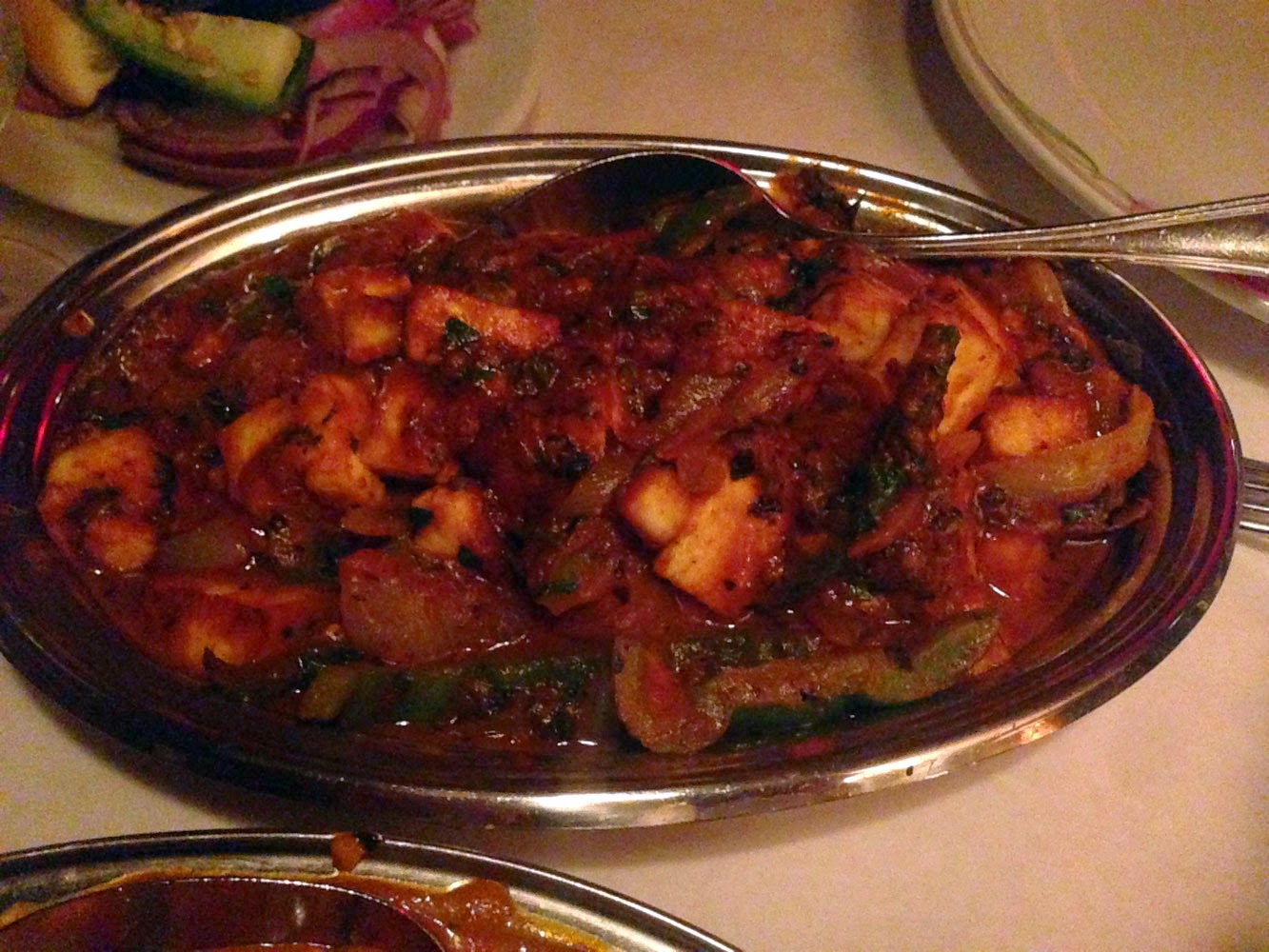 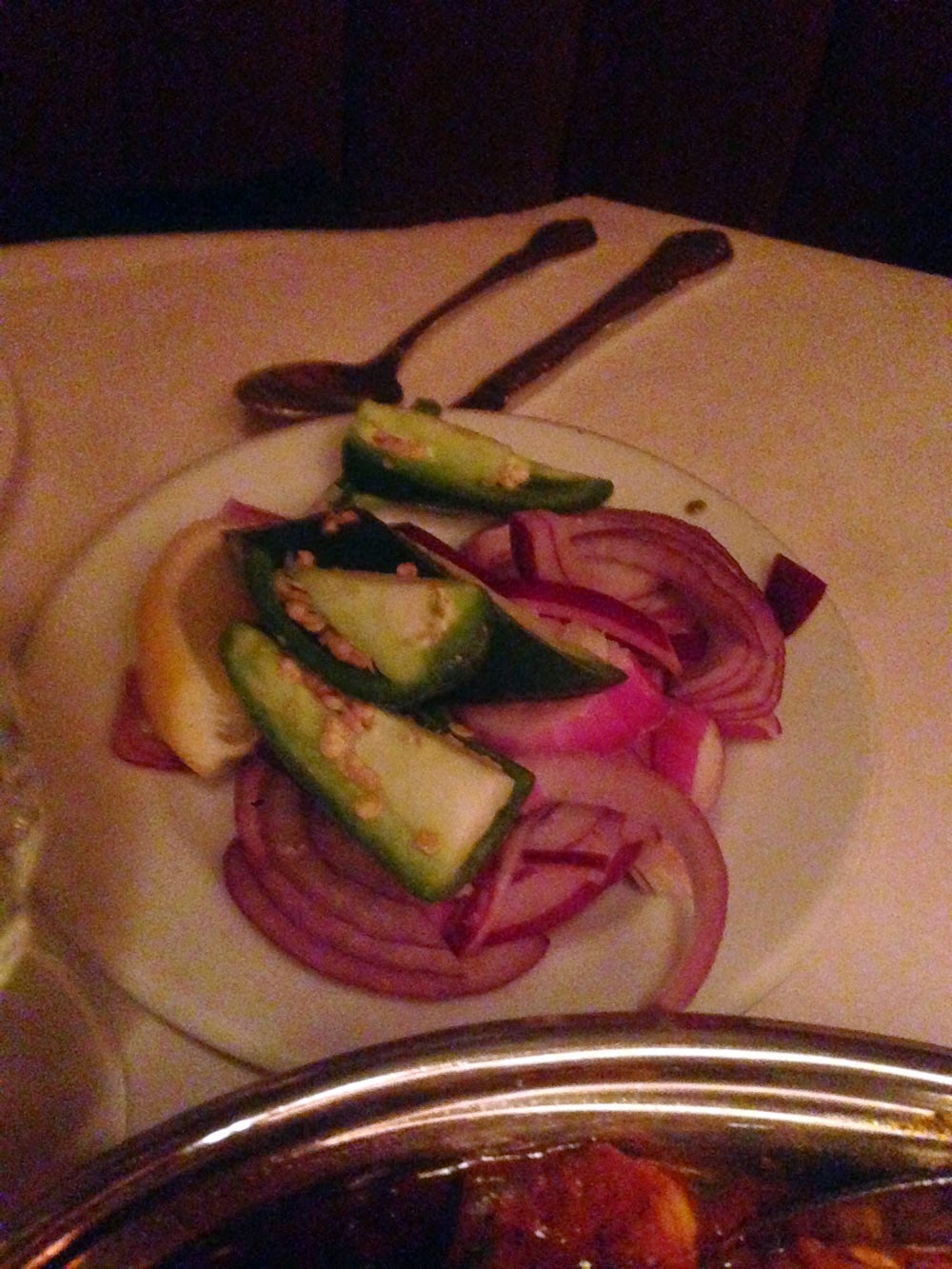 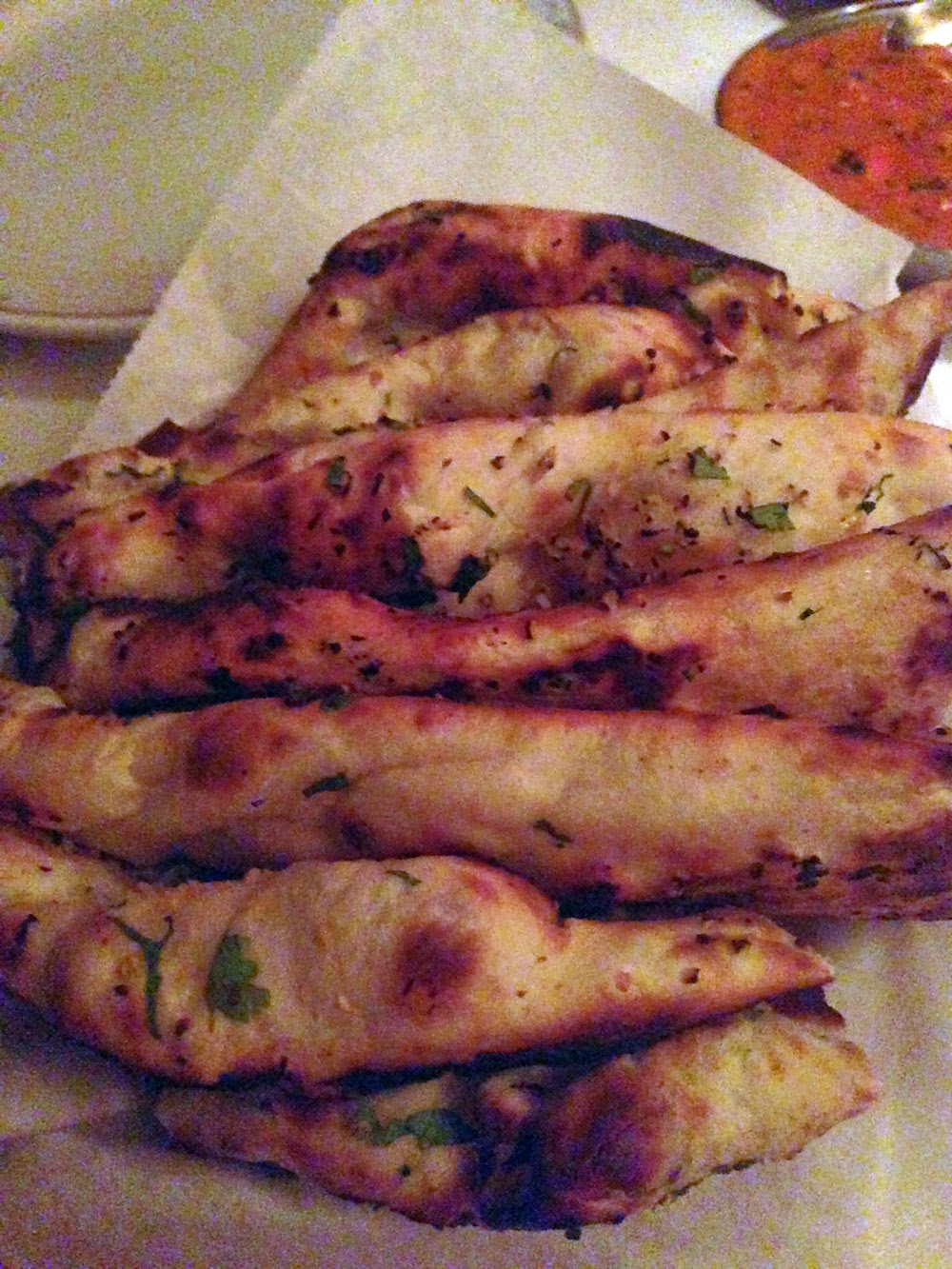 Came with jeera rice - not your usual long-grain basmati and without that yellow color - lots of whole cumin seed and very good. 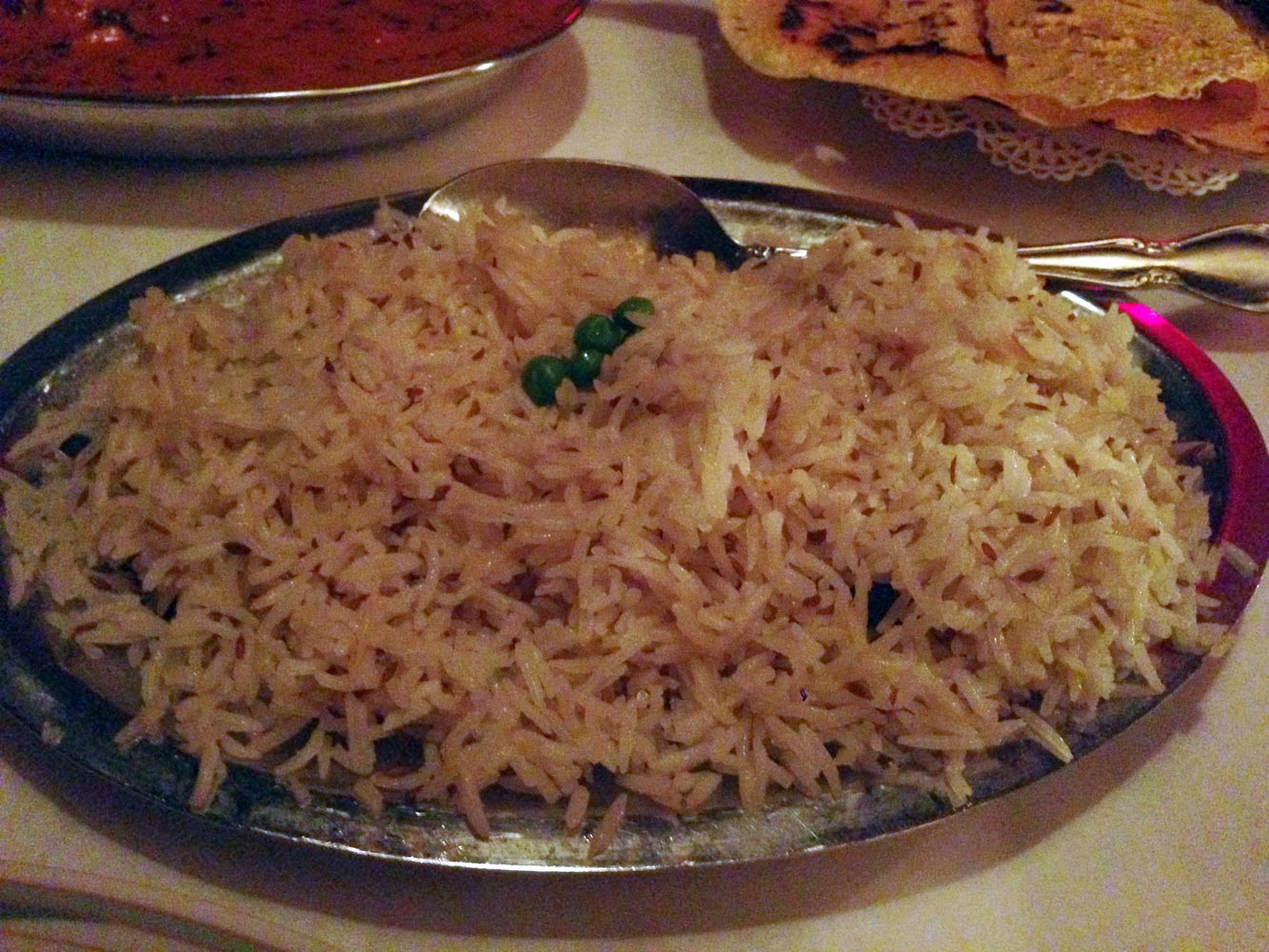 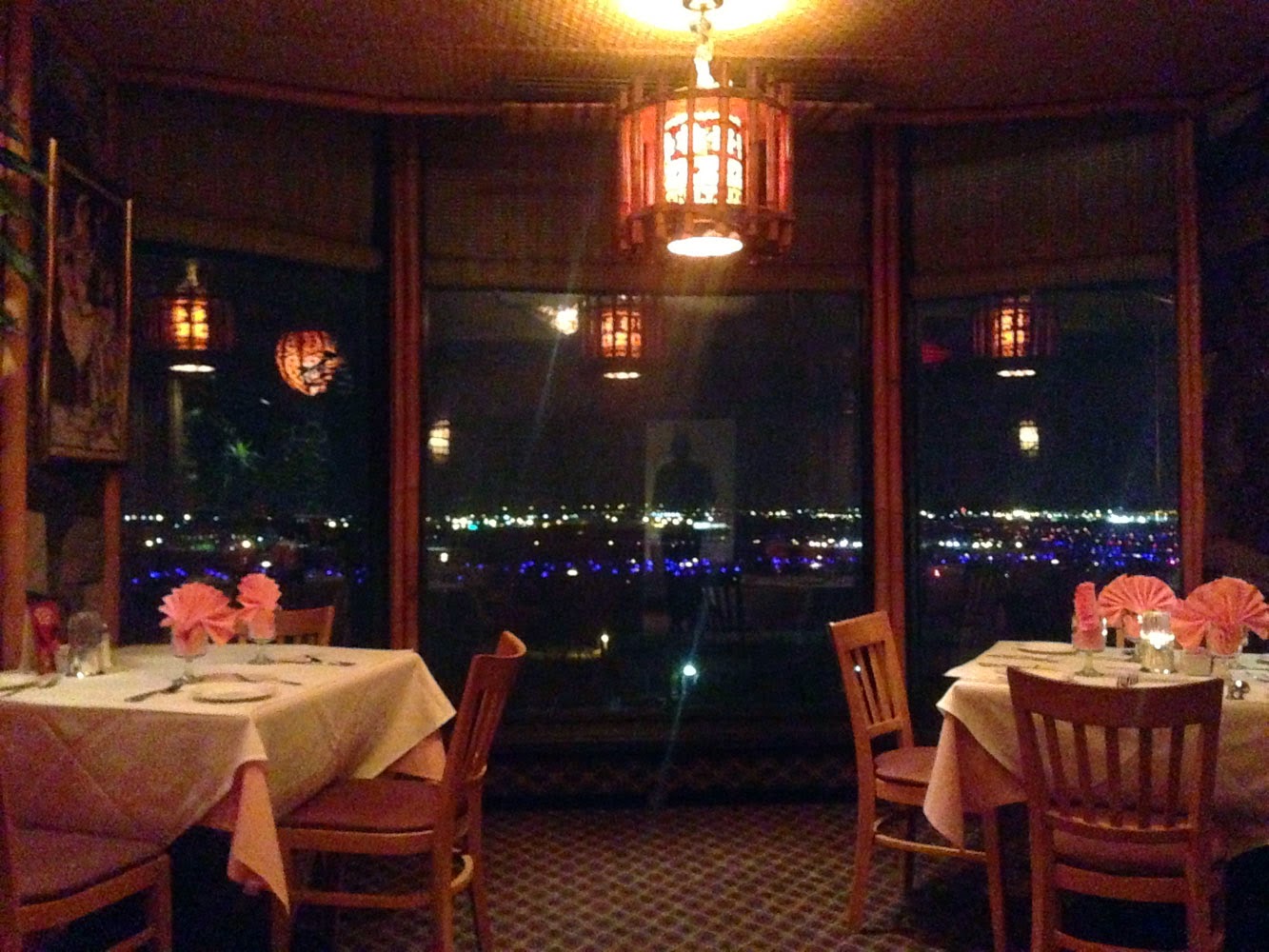 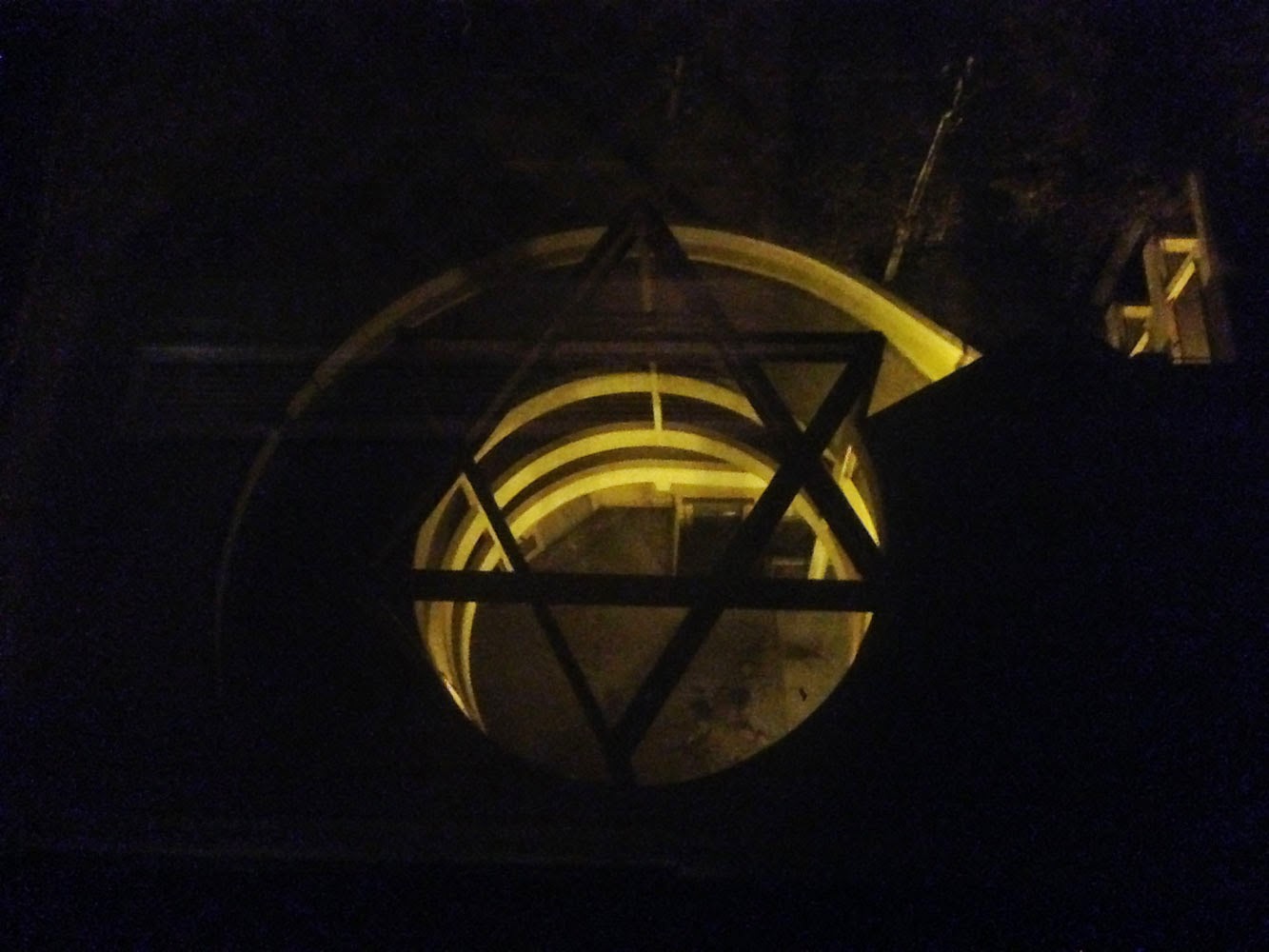 We all enjoyed the food immensely - considering I was with two native Indians, I think that says a lot. There was a good level of spice to everything we tried - not that it was hot, but not as watered down and Americanized as you usually find in the states. If you're looking for Indian food that's fairly authentic you can do much worse than India Palace. In general the service was exceptional with frequent visits to the table and water/beer refills. Add in the great views and ambiance and you get one of the best meals we had while visiting St Louis.