Bo Bo Garden is located at 5181 Buford Hwy NE, Doraville GA 30340 in the Pine Tree shopping plaza on the Eastern side of the highway. It's in the crook of the elbow made up by a long string of shops and restaurants. Many of you will know this shopping center as host to Chef Liu (on the far Northern end) - Bo Bo Garden is on the Southern end. Or to be more provincial, right across from the McDonald's. As with most establishments on Buford Hwy many restaurants can be tricky to find - luckily Bo Bo Garden is plainly written on signage on the front of the facade. 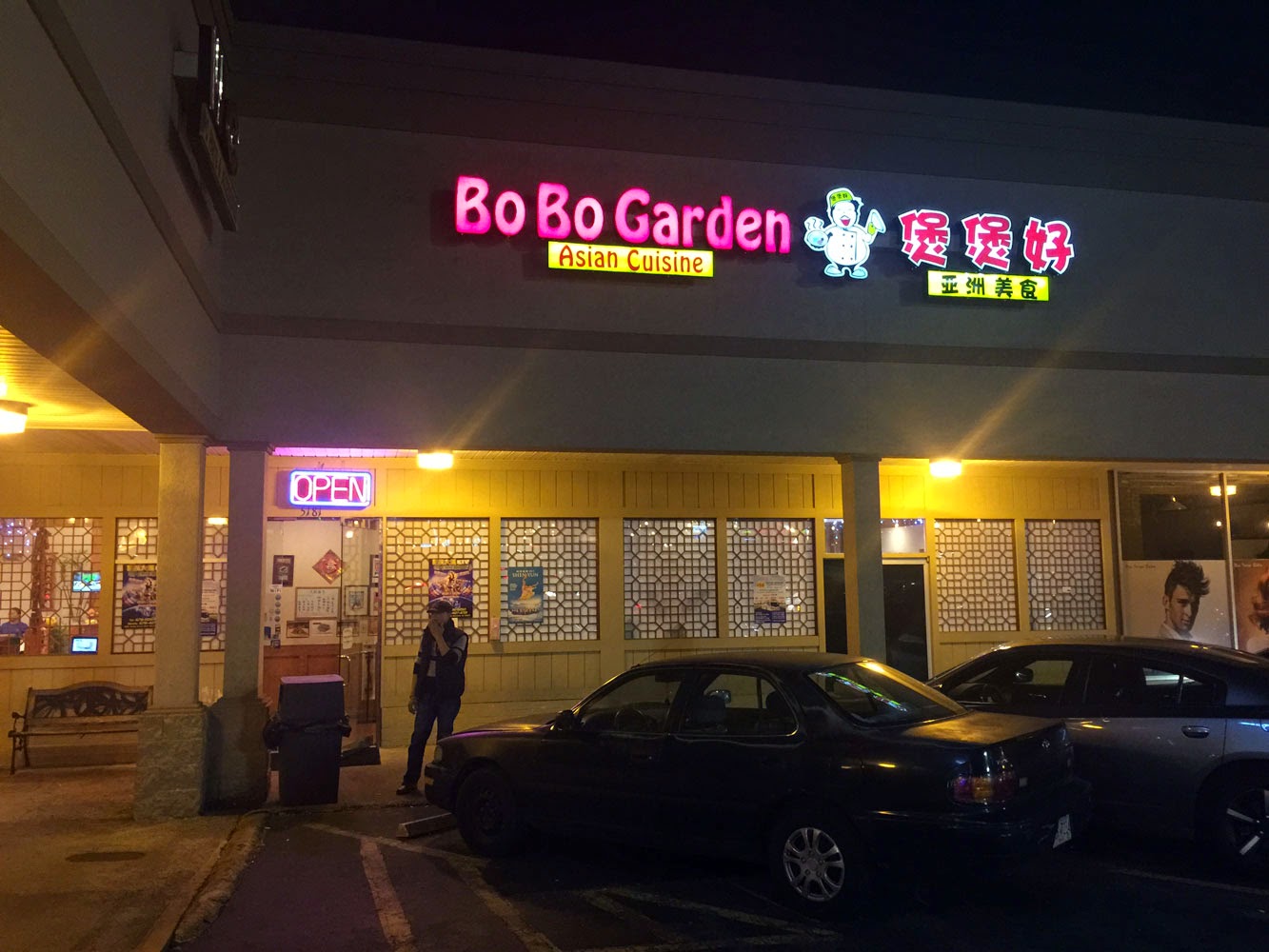 We tried out Bo Bo Garden on the recommendation of my friend and neighbor Paul, who tends to find out-of-the-way places to fulfill his culinary explorations. He had warned us beforehand that the restaurant was much larger than what you would expect from the facade and we weren't disappointed - it occupies much of the building to the end on the right but that isn't immediately apparent. We visited around 7:30 on a Sunday night and it was quite busy, mostly with Asian customers and a smattering of Doraville locals. We waited about 10 minutes to be seated and were immediately served some delicious lightly salted peanuts. 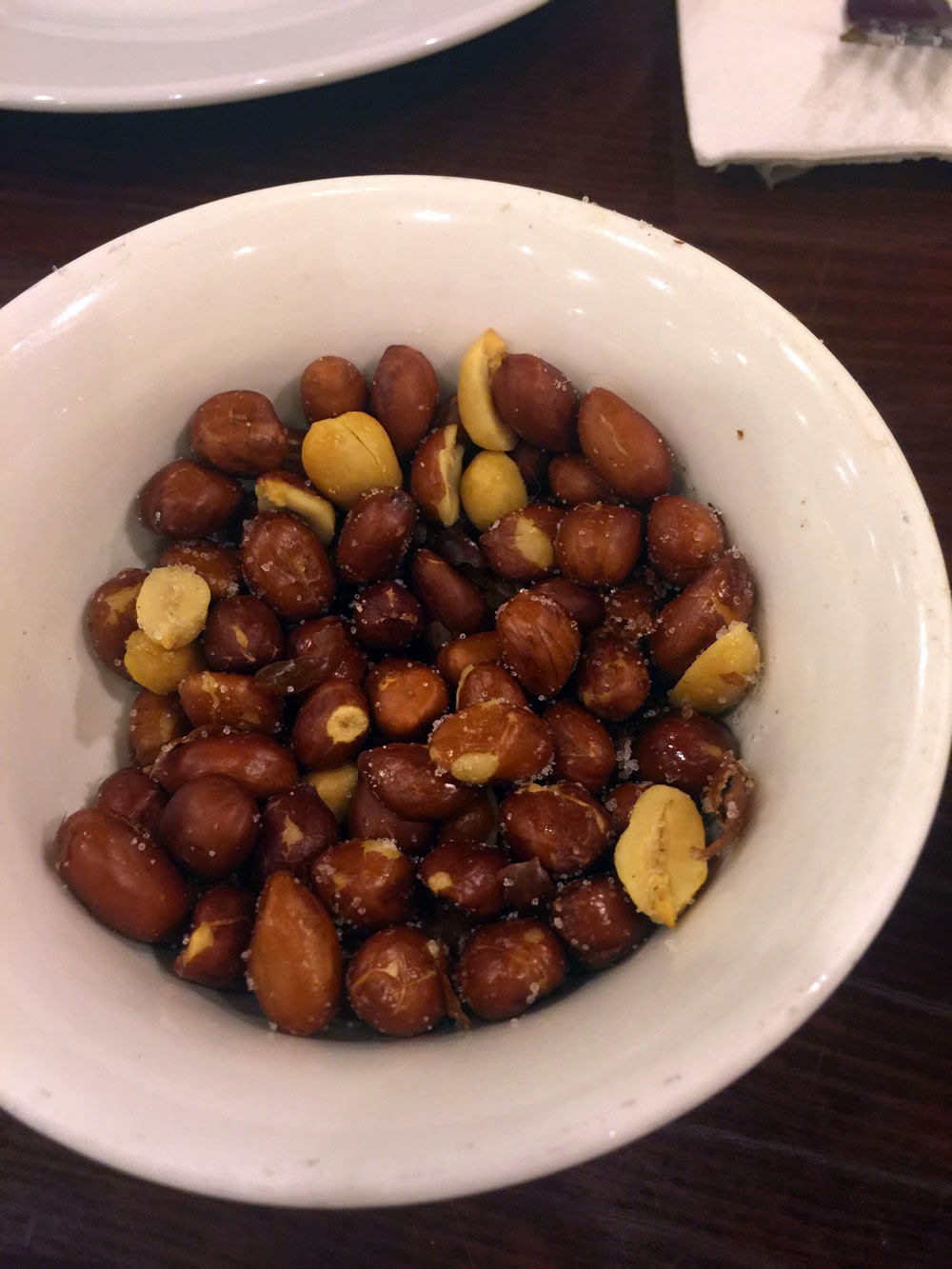 The restaurant had  a variety of seating and was medium-lit so the menu was easy to read (I only  mention this as many BufHy establishments have glaring bright lights that are a bit blinding). The atmosphere was quite hectic with lots of Asian languages from all sides. When we first sat, we were the only non-Asians (although I'm not sure if I qualify there) but soon there was another largish table). The menu, in a word is quite beautiful - I was taken aback at the nice embossing and gilt - the design is awesome. Inside you'll find several orange pages of items to explore - most of the pricing was on the low end of the $10-20 range, with a few items above. I only photographed a few pages (hate to be too obnoxious, especially the first go-around). 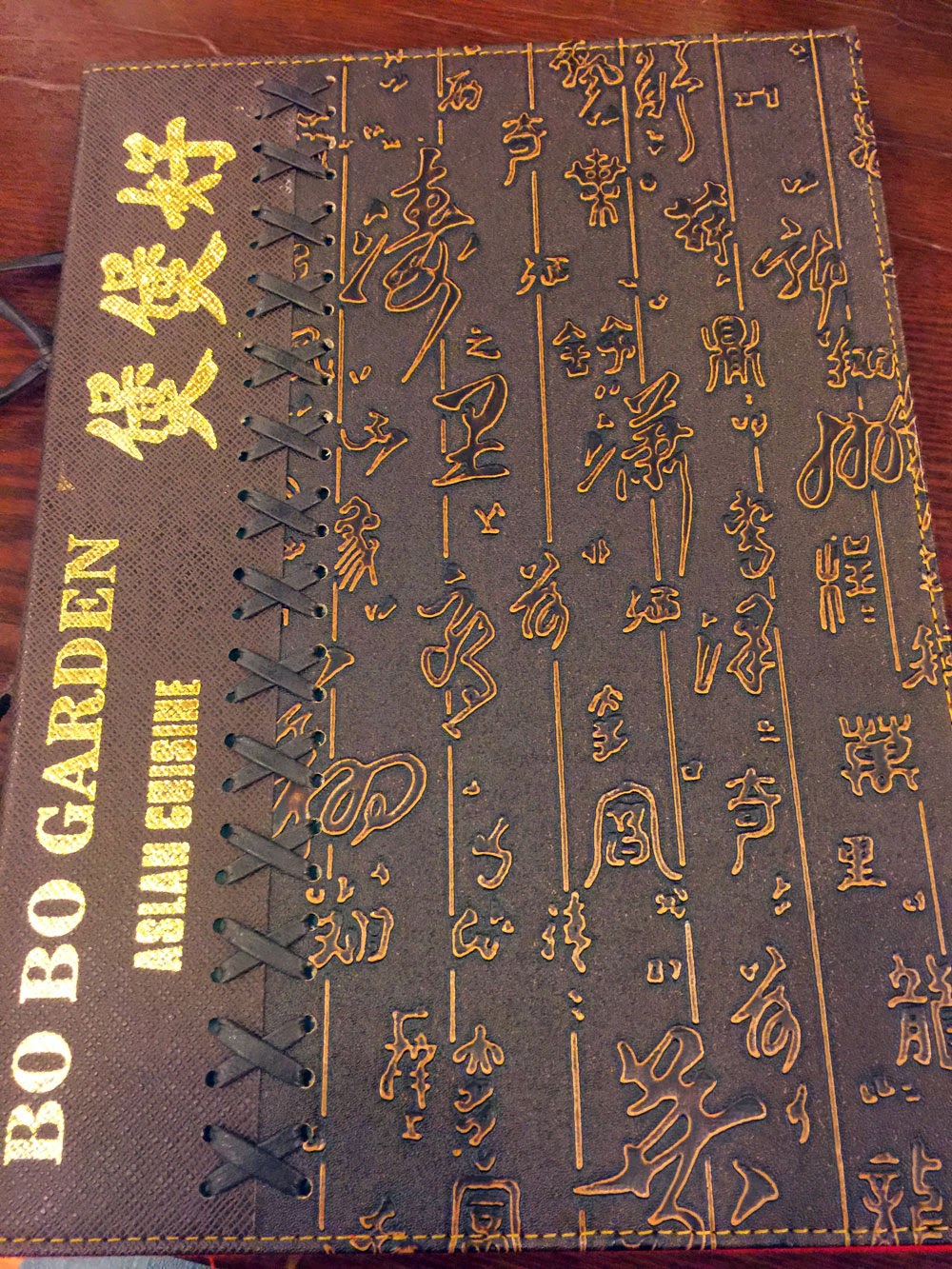 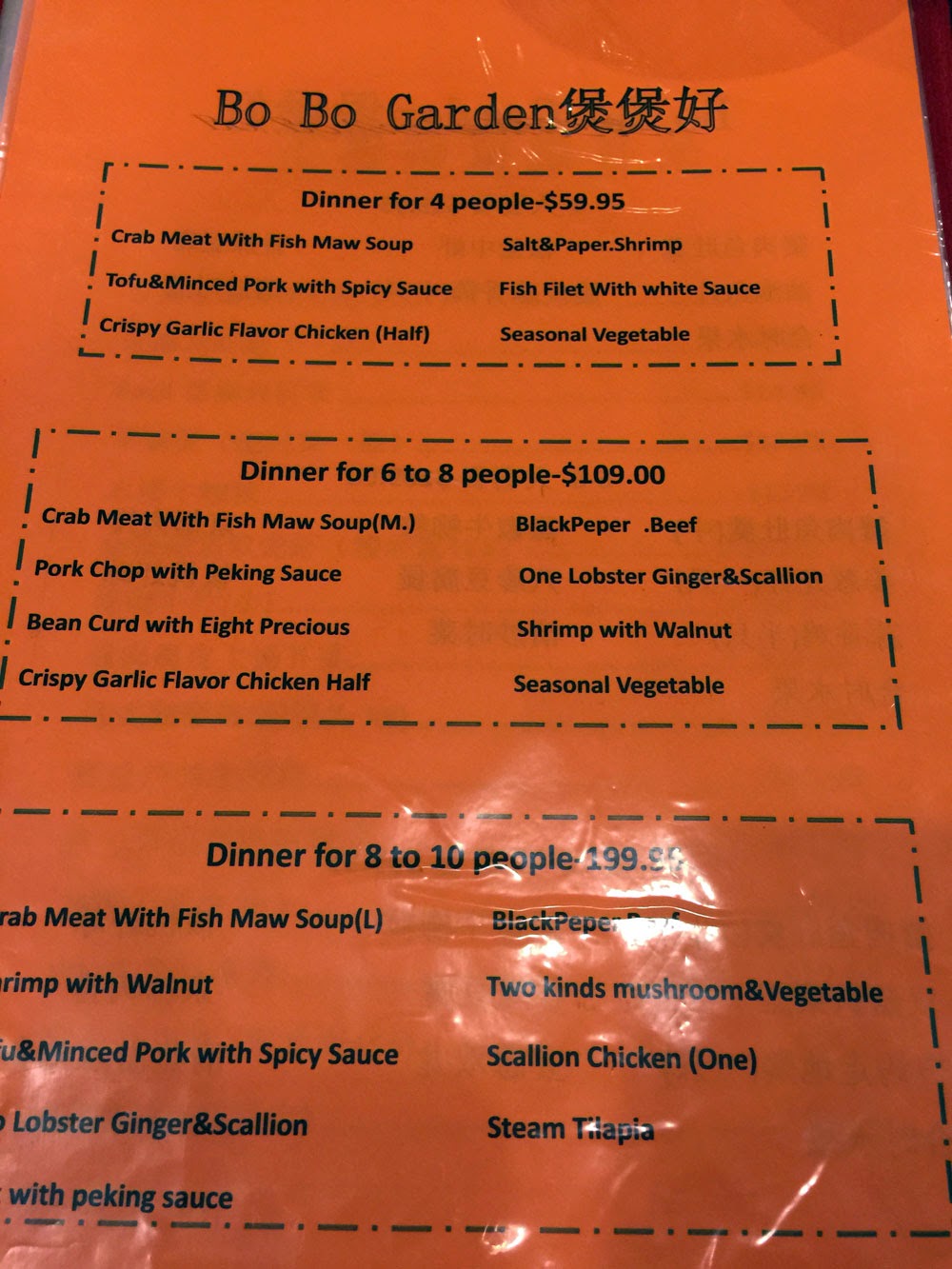 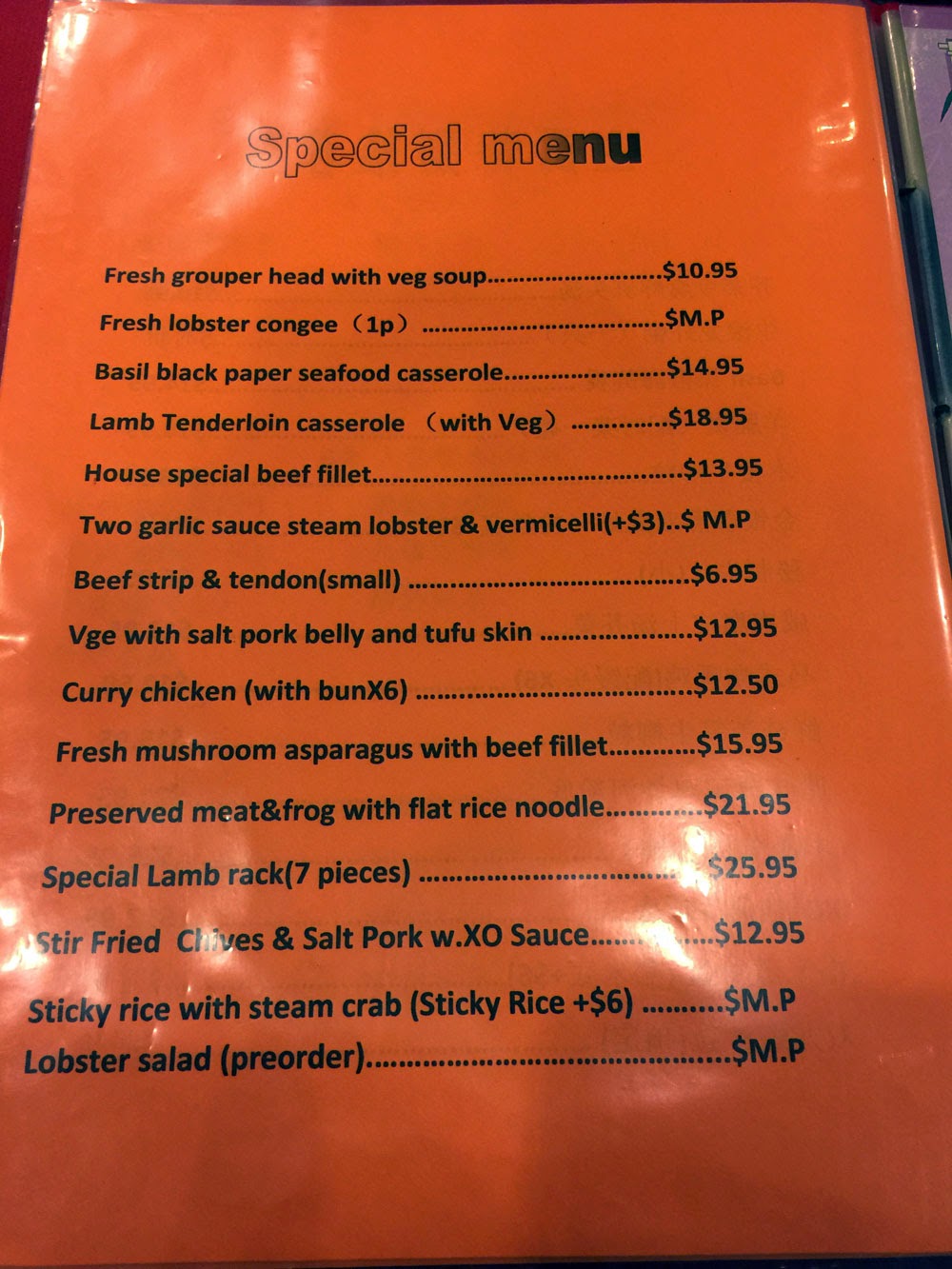 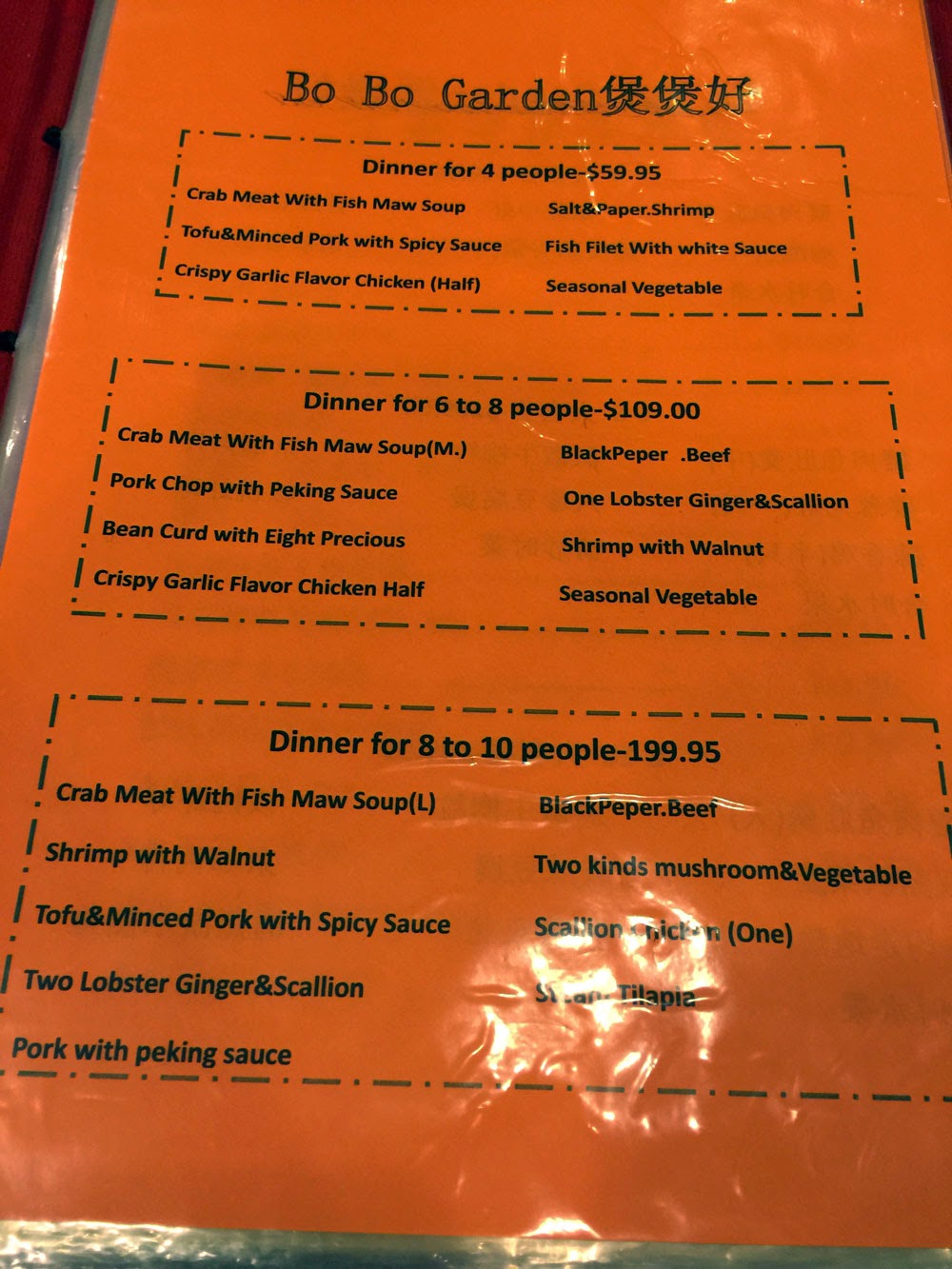 We had a really amazing server, an older gentleman who seemed to have good English (he at least understood us and made good suggestions). Upon his recommendation we did the following:

Wanting to try something a bit different, our waiter recommended the "Three Kinds Dumpling" as a soup. What was delivered was quite divine - this was a clear fish broth with fresh ong choy (water spinach, similar to watercress but with a bit more heft) stuffed with 3 different types of dumplings (but mostly some combination of shrimp and/or pork). This was really very special and delicious but some might not like the fishy broth - if that's you, I'd recommend the steamed version (served on a plate with the same ong choy). 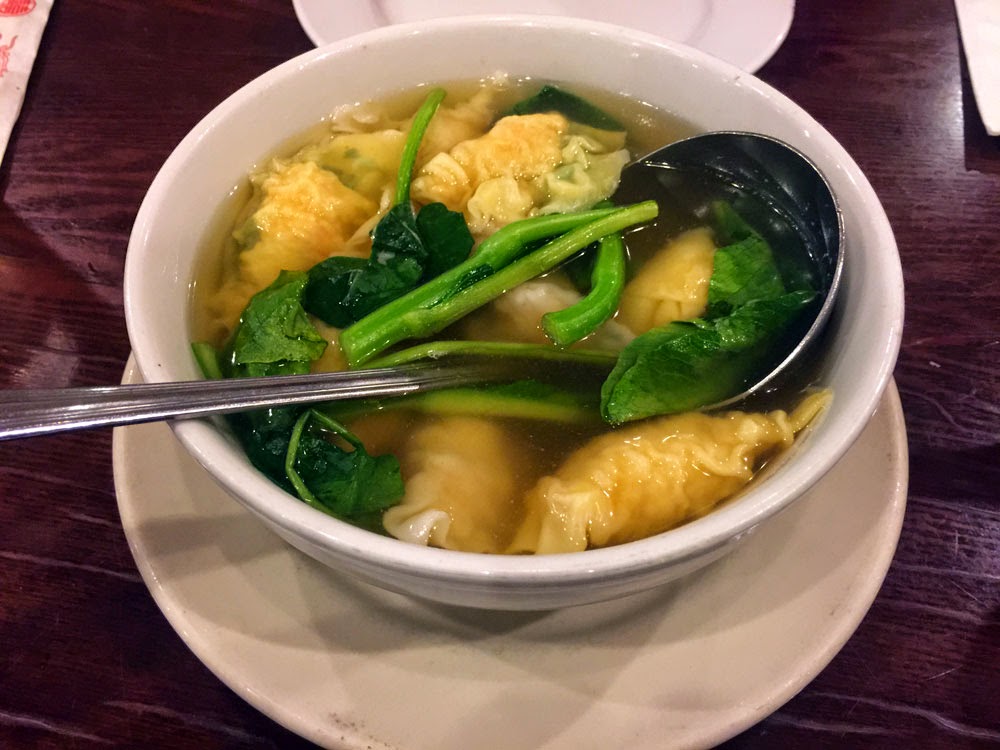 Special House Beef Filet - this amazing dish features soy-saucy bits of tenderloin on a bed of sauteed spinach. Our server told us this was very popular and I can see why. It's close to Vietnamese Shaken Wok Beef, only on a different veggie bed. I liked this quite a bit but it will be a bit salty for some (we don't use salt at home so everything is a bit salty to me so take that into consideration). 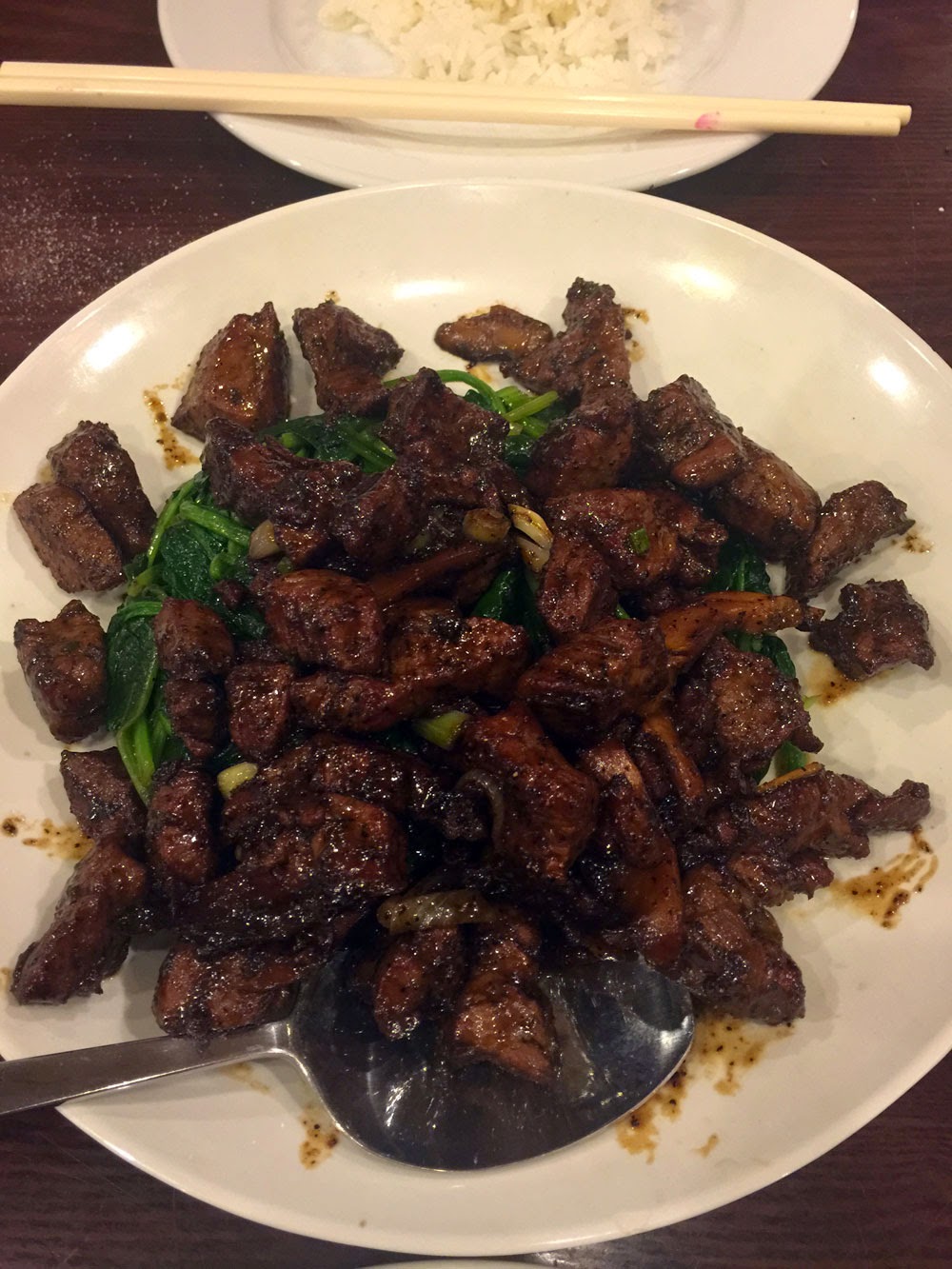 Crispy Roasted Duck (half) -  this is basically what led us to Bo Bo Garden as our friend Paul was extolling the virtues and value of this generous 1/2 duck dish. This is your basic roasted duck with crispy skin, served with a light sauce. Simple yet delicious, if you haven't tried duck this is a great introduction. 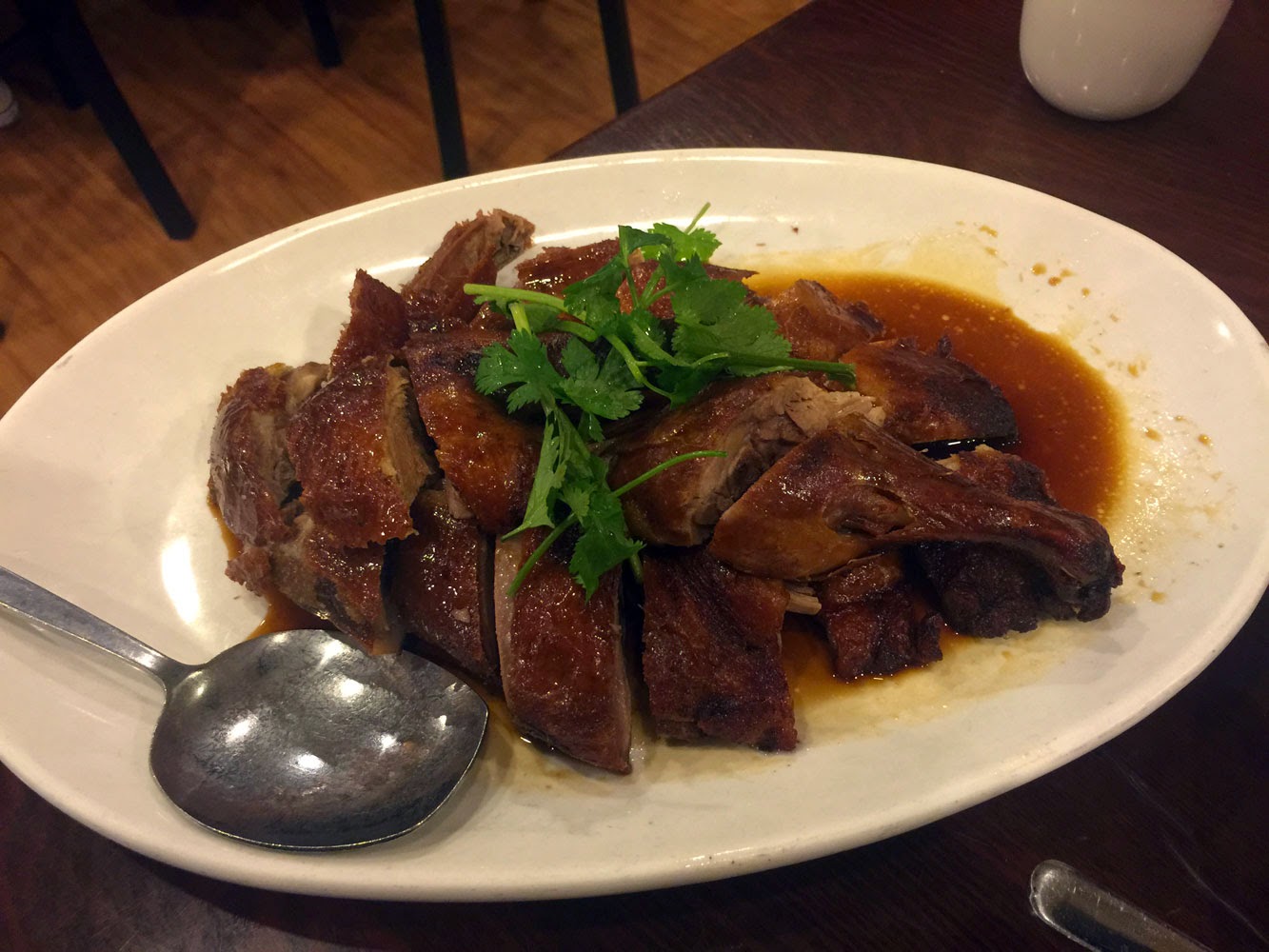 In all we had a terrific first experience with great service and way above average food.