Beers of the World is located in the main terminal of the Lambert International Airport in St Louis. If you haven't experienced Lambert it's quite a treat with high modern design everywhere by Eero Saarinen. Too bad the food at this restaurant isn't as spectacular as the airport architecture.

We had about an hour before boarding began on our flight back to Atlanta - looking for something to do, the Beers of the World looked interesting - it was also packed so the food must be good, right? Unfortunately like us the other patrons must have been captive of the system. It took us about 10 minutes to find a table - 3 adults around something designed for 2. After we were seated it was another 10 minutes before someone came by. We quickly ordered and while the beer hit the table fairly quickly we almost got up and left waiting on the food - it arrived about 10 minutes before boarding so we woofed it down. Honestly, it was little better than those sandwiches you can buy at stands along the concourse. 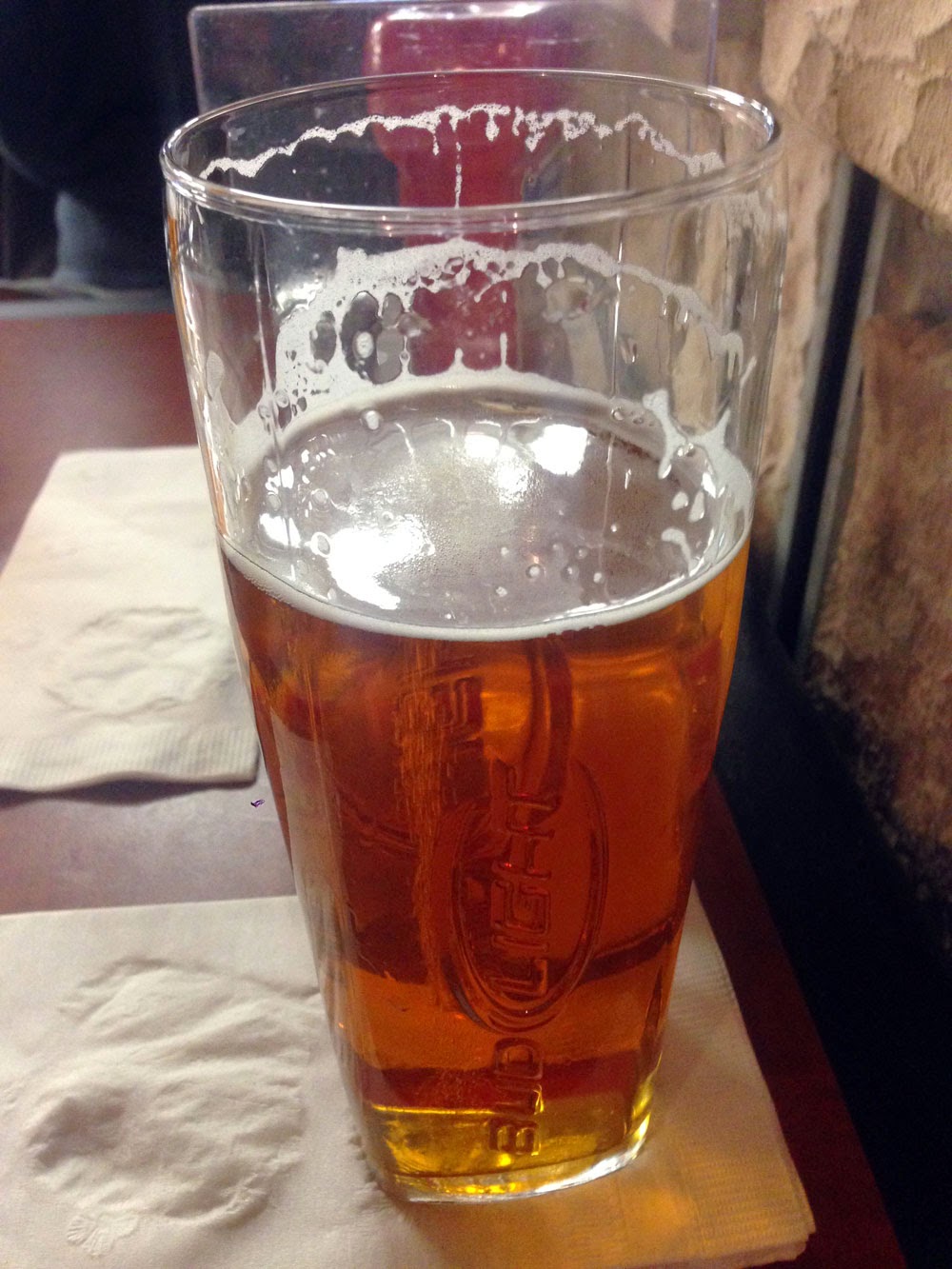 The menu actually doesn't look that bad - many items that would seem very pub-like.The beer menu - ugh. Obviously this is an Anheuser-Busch operation by all the crappy mainstream brews. Lucky for us Boddingtons and Goose Island were available on tap - I choose the Goose Island which is a fairly decent IPA. 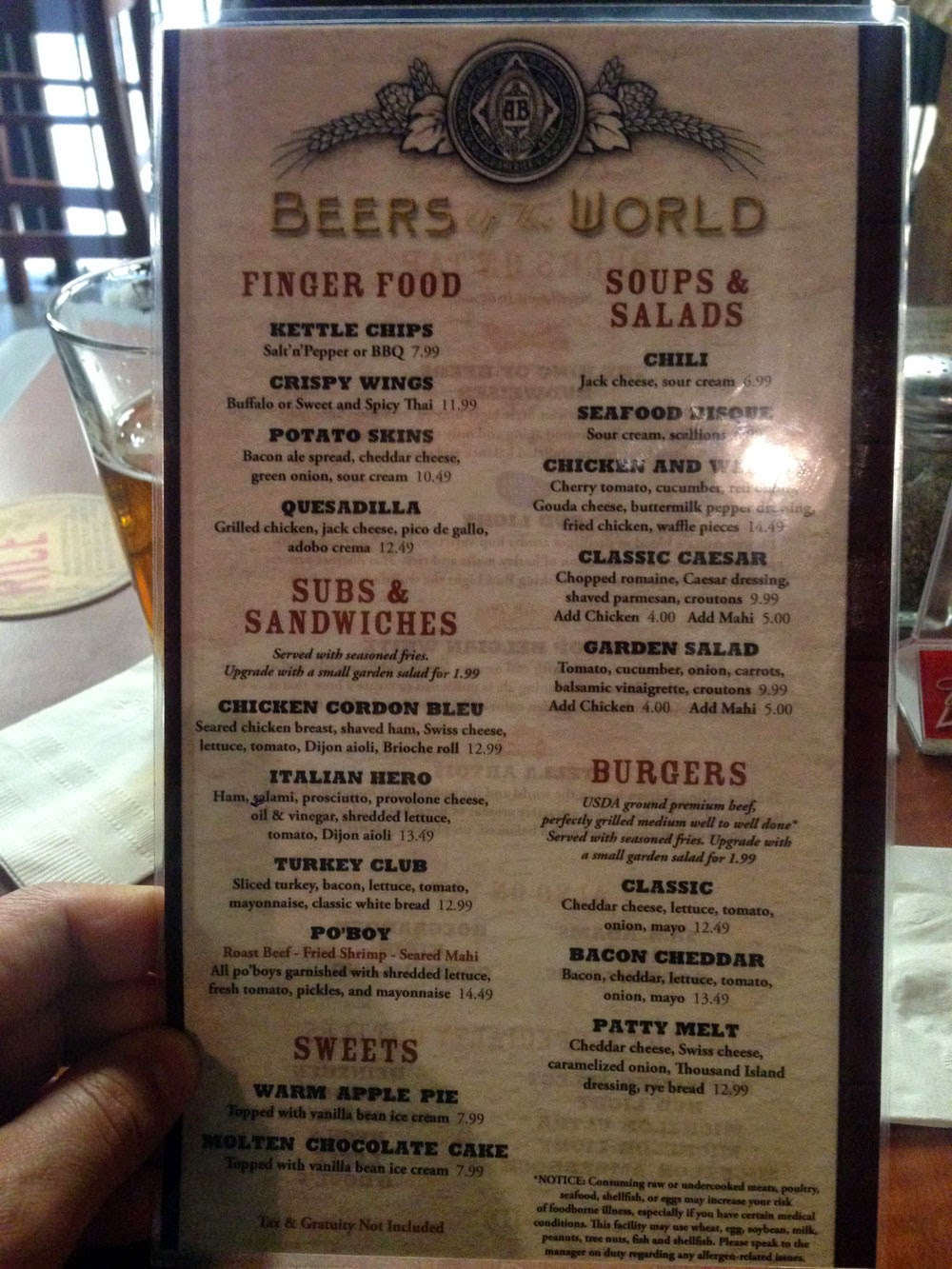 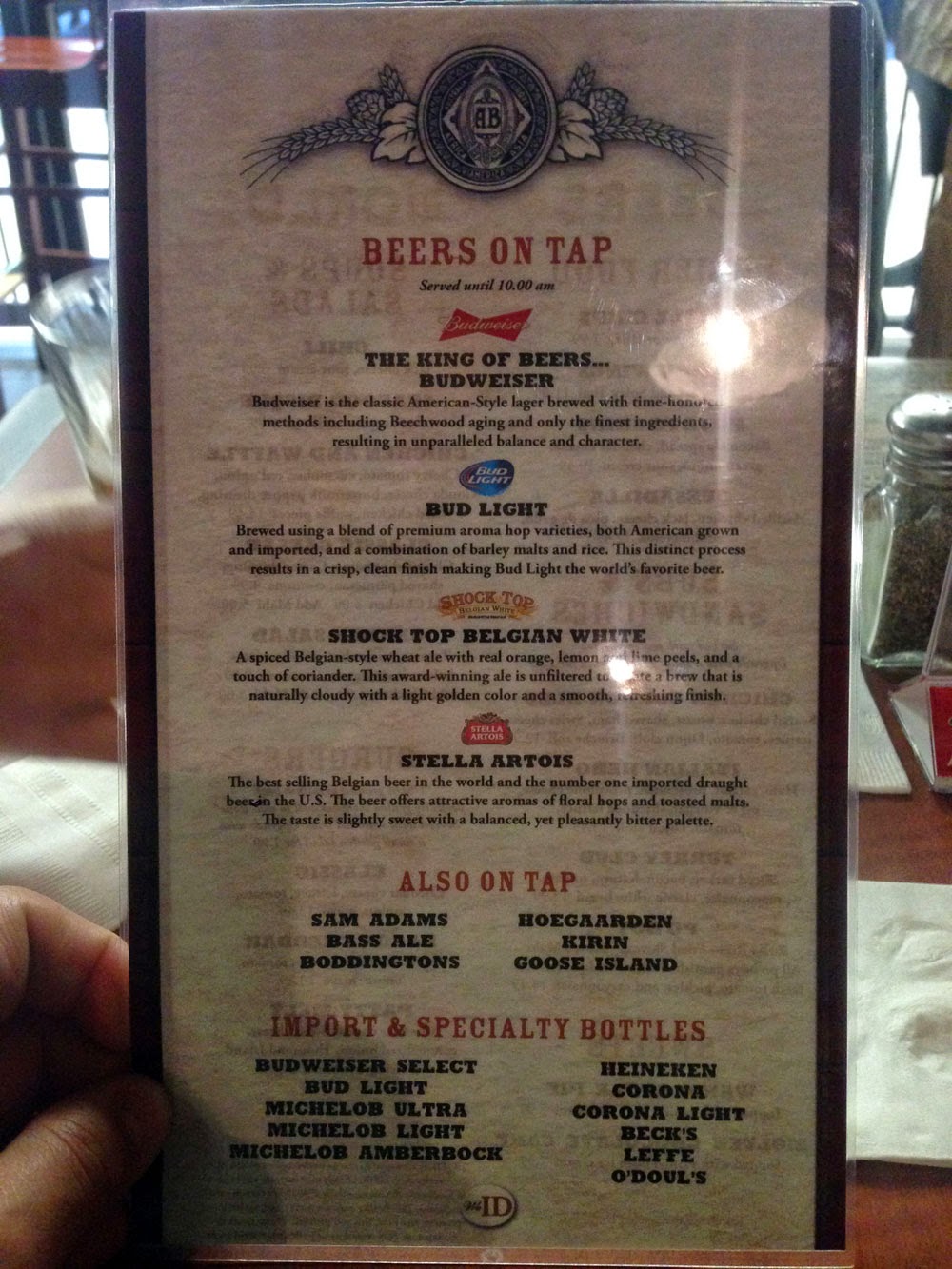 Sangam ended up with a chicken sandwich with fries - he said the sandwich was OK but the fries were limp and with that mass-produced quality we all enjoy so much. 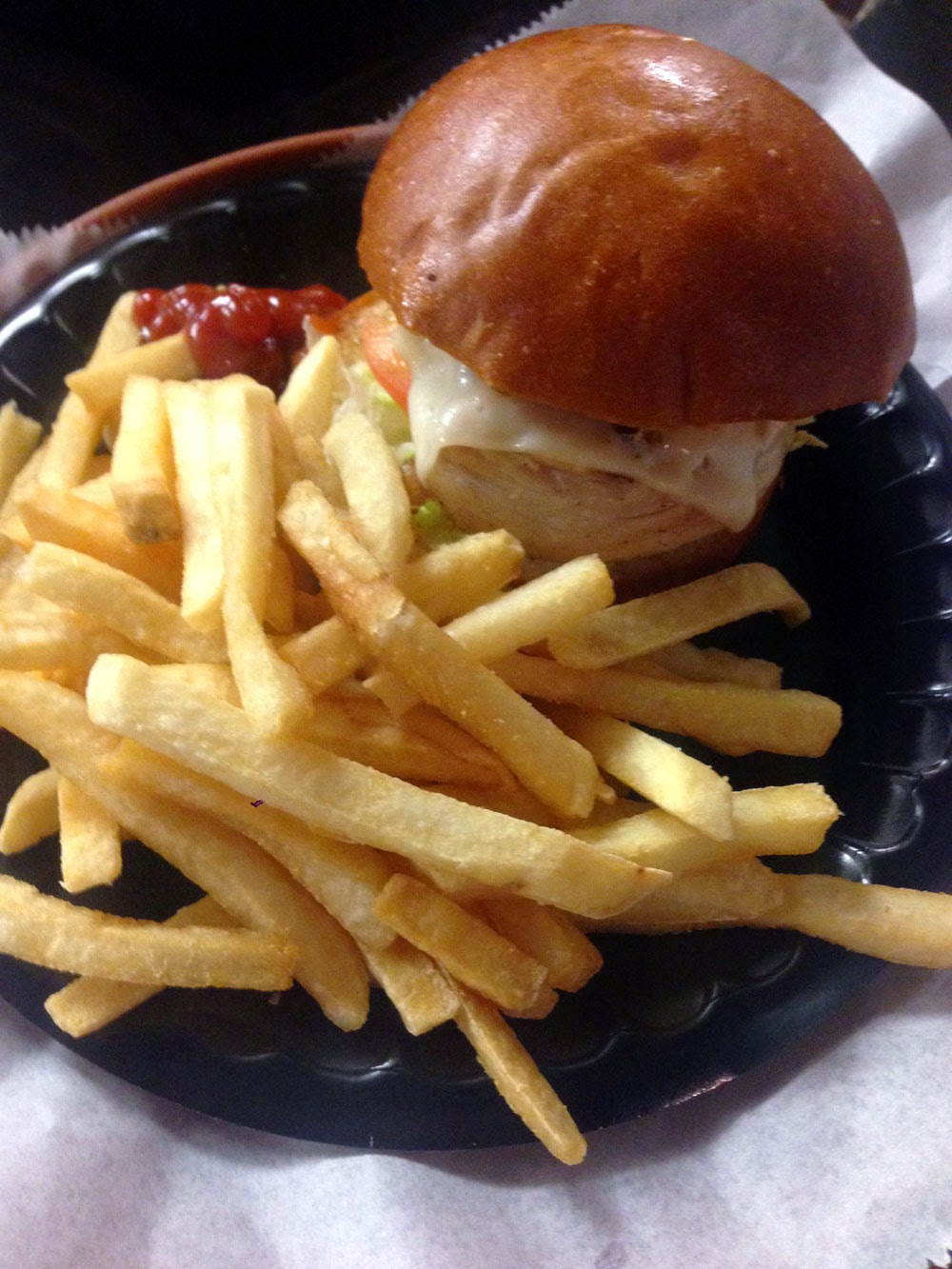 Sid ordered the chicken and waffle salad, sans chicken which sounded much better than it was - he didn't each much of it. 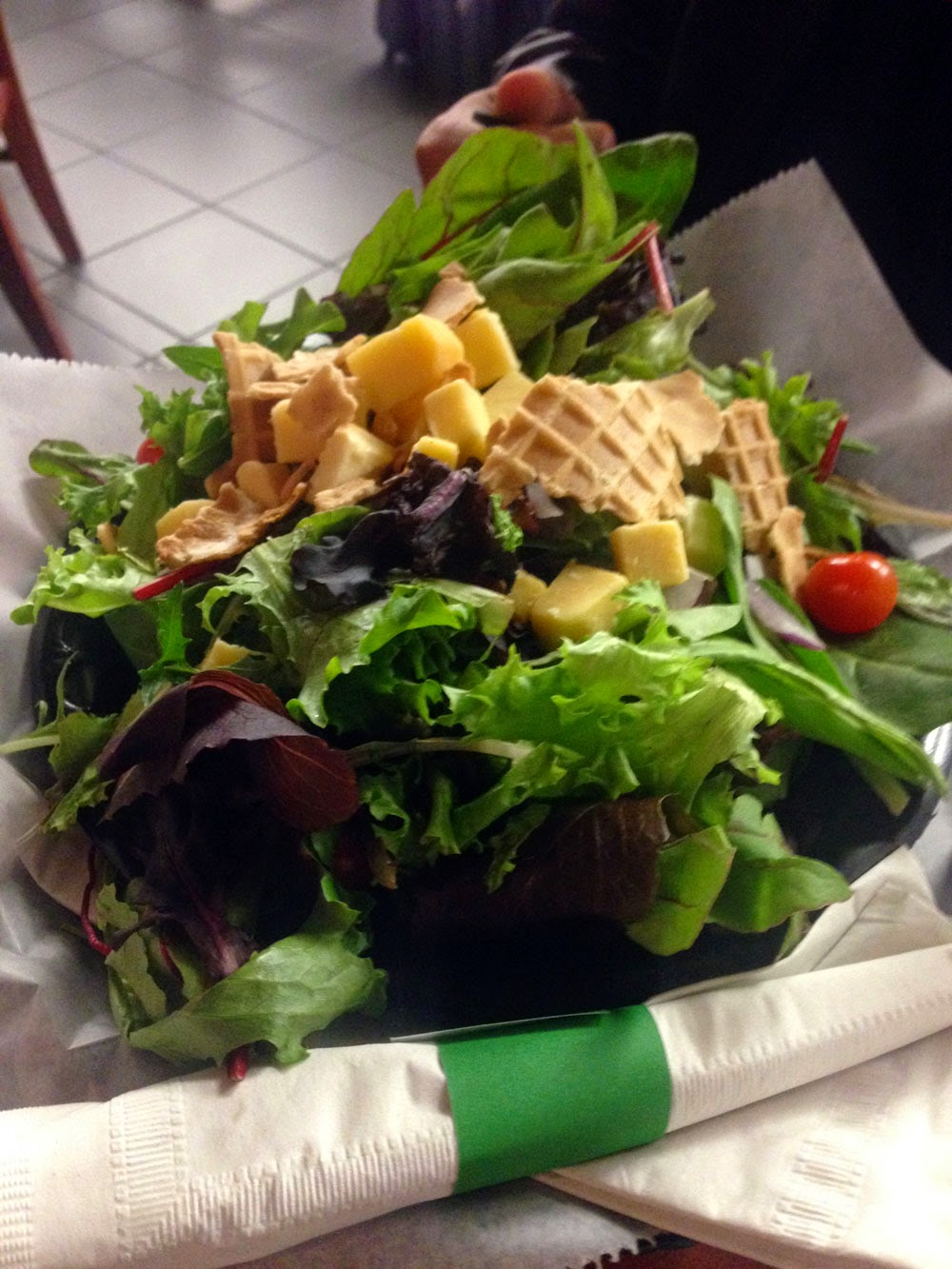 I ended up with the Turkey Po Boy - it was OK but nothing special. Certainly not worth the long wait. Even though was starving, I didn't finish the fries (yes they were that bad). 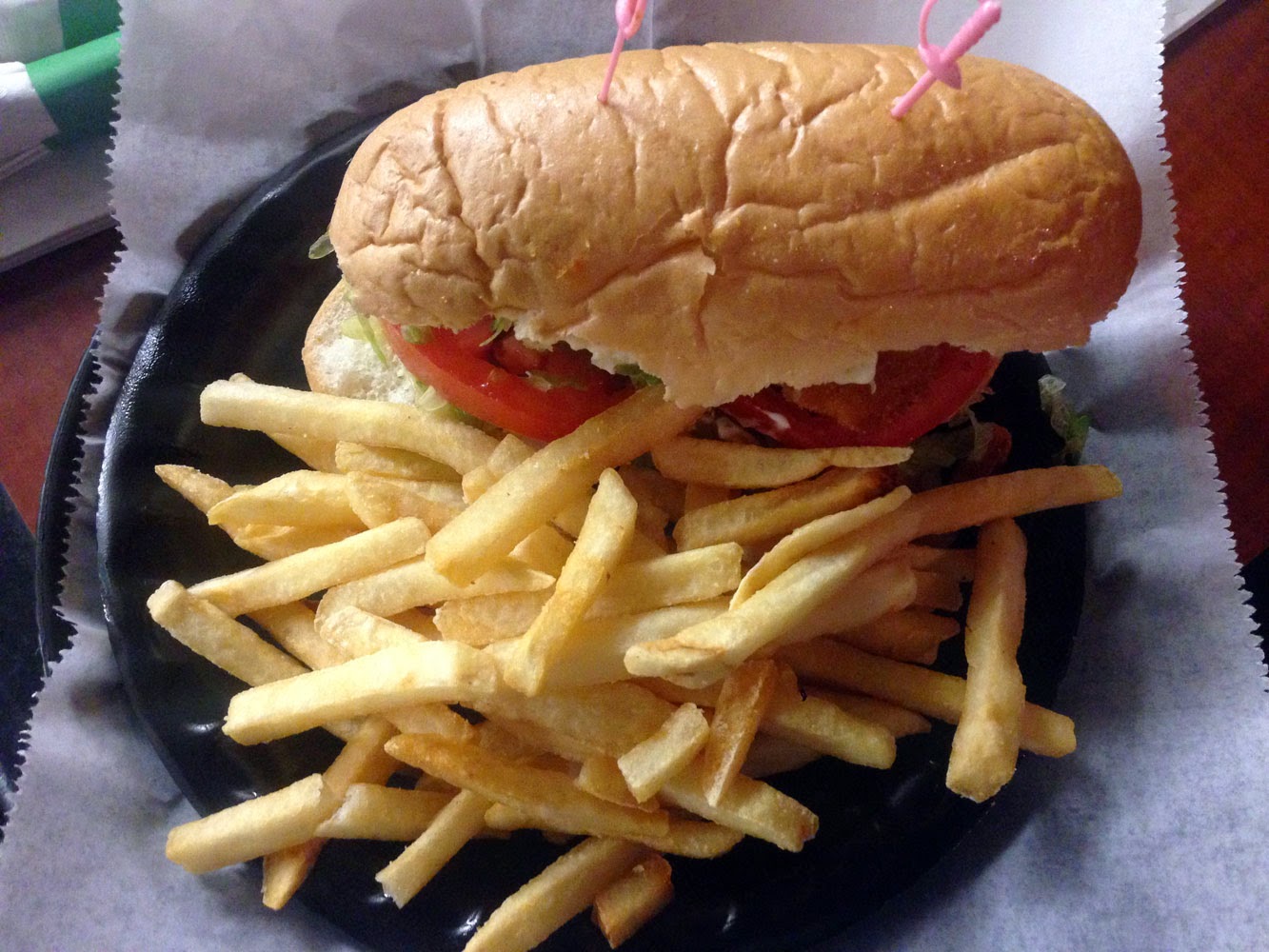 So some advice? If you're lucky and Beers of the World is really, really empty you might be able to get out in 45 minutes or so - otherwise give yourself at least an hour and maybe more. Don't set your expectations too high and you should be OK. In general I give this place 1-1.5/5 stars. We finished up quickly and boarded our plane - cya St Louis! 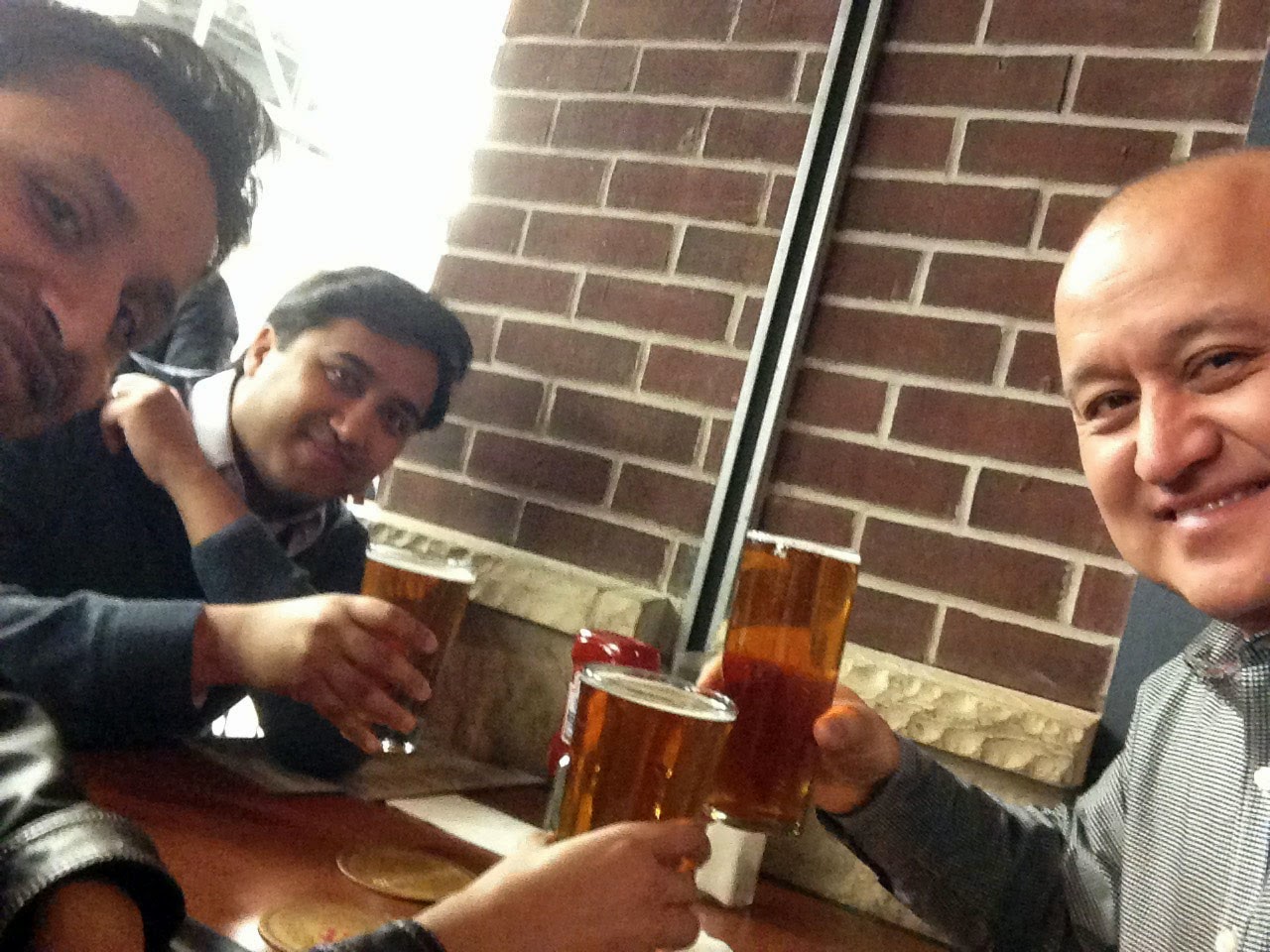