Monday Night Brewing is located at 670 Trabert Ave NW, Atlanta GA 30318 off of Howell Mill Rd above 17th Street and the water treatment plant. It's tucked away in a bit of an industrial appearing area at the end of Trabert - parking is a bit haphazard but there's a lot across the street where you can usually find parking. It's only open on Monday and Thursday evenings from 5:30 to 7:30 PM and Saturday from 2:00 to 4:00 PM. Attire is casual to the extreme with many visitors and regular scheduled events, especially for the in town technology crowd. 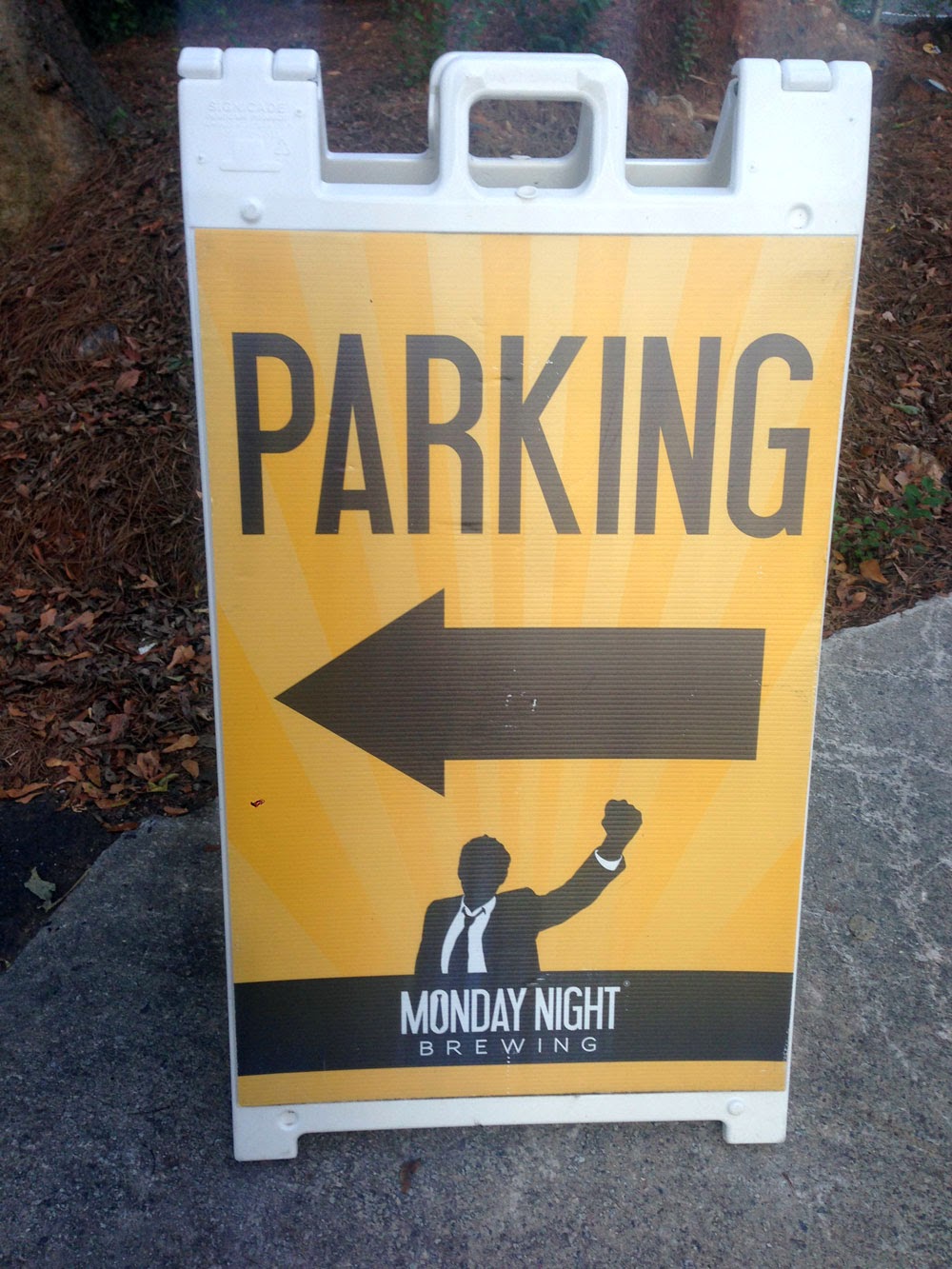 When you pull-up to the street you may think you've taken a wrong turn, however Google Maps is your friend (in this instance) and is steering you right. You'll start to see signs with direction arrows in yellow and the familiar logo. The building itself looks like a warehouse with a huge "Weekends Are Overrated." sign above some parking - the main entry is on the other side. When you walk in, typical of most brewers, they don't sell the beer - seems there's some dumb Georgia law that prevents that, however at the counter you can purchase a custom glass and get 6 tickets for $10. You redeem the tickets (each is good for 1/3rd pour, but it's more like half the glass) from the employees pouring at the main counter towards an adjoining wall. The space is huge and there's usually some fairly long lines, especially when there's an event going on, which is frequent. If you're there during a nice clear evening, you'll find many fans outside in a patio area - sometimes you'll also find King of Pops out there with popsicles - sounds weird but the unusual flavors work well with most of the brews. 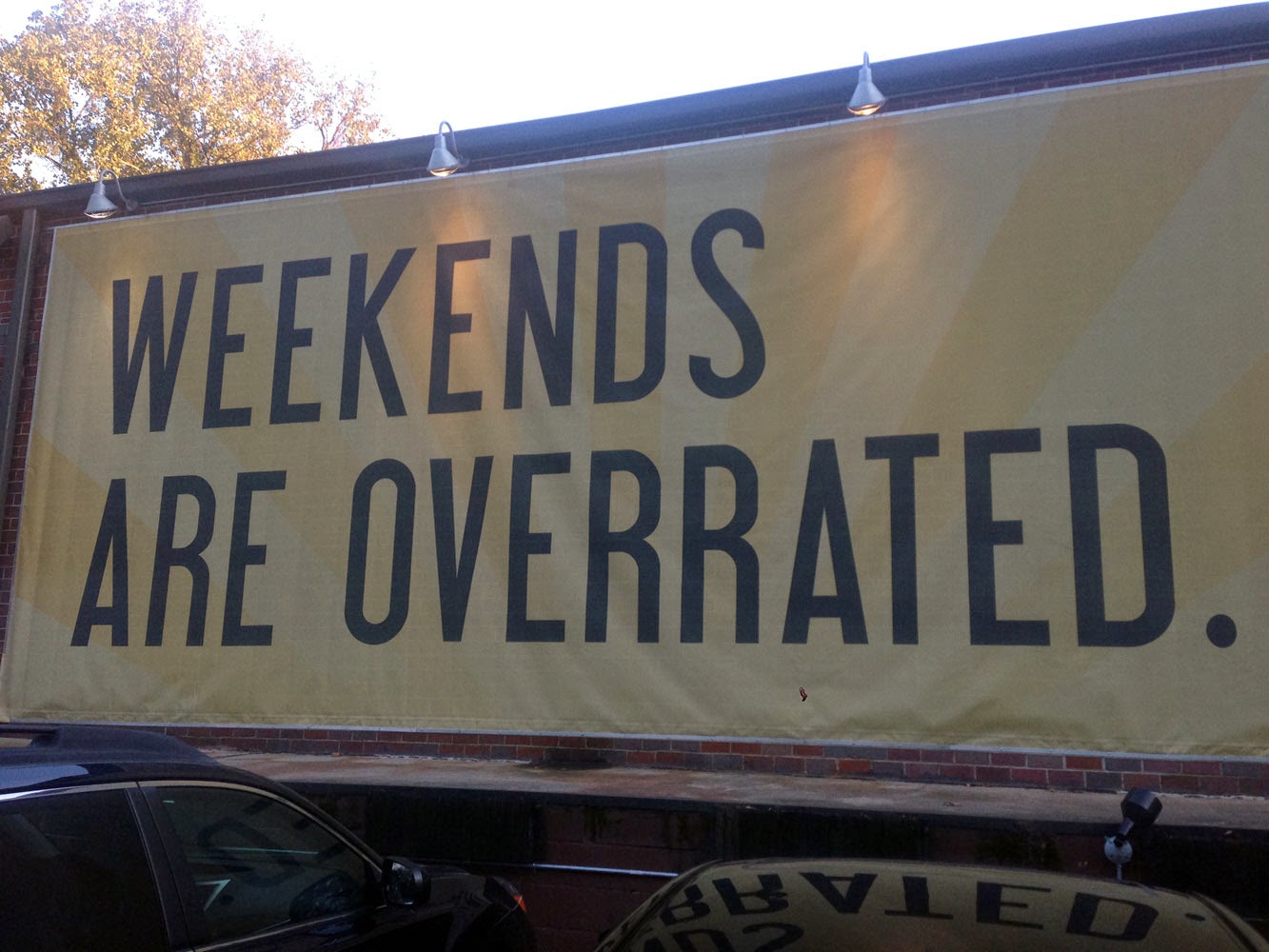 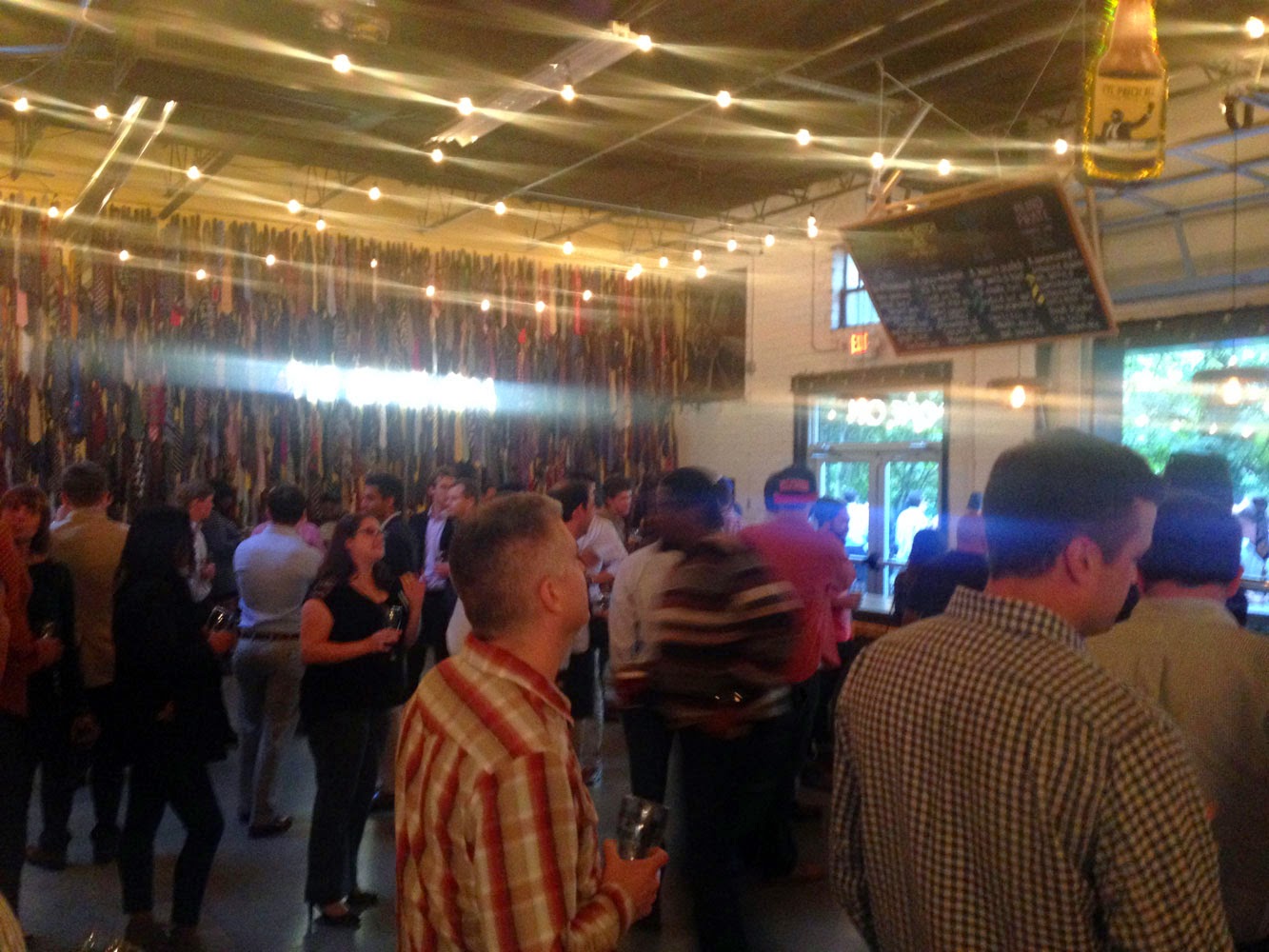 You can view the vats and brewing equipment via windows-in-doors past a huge wall of ties - if you haven't gotten it yet the theme is "take off your tie and kick back" - there are tie displays and many a bearded hipster lounging around with their buddies. It's also a great place for IT folk to hang, I recognized many familiar faces. 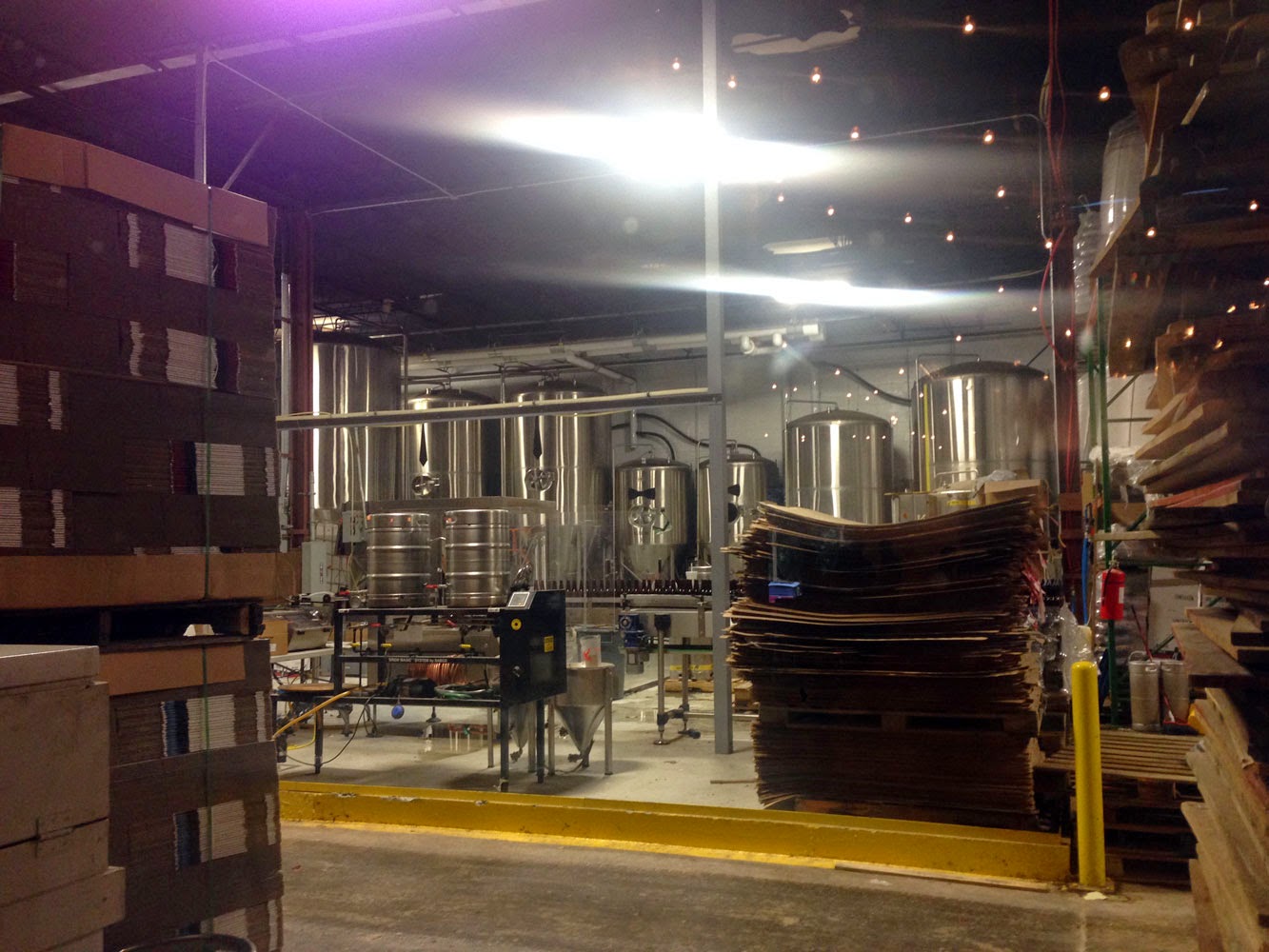 The highlight, though is the beer - Monday Night Brewing is a great purveyor of fine Atlanta-produced craft beer - if you've lived in Atlanta for the past 3 or so years you've probably noticed a bit of a takeover in the taps of your favorite pubs, with Monday Night Brewing replacing most of the familiar Sweetwater and Terrapin handles, for good reason. Don't get me wrong, those local beers are fine indeed and a good substitution for the Buds, Millers and Coors of the world, but they have become the transition beers to something better, something...craftier. Monday Night figured out the right formula quickly - most beer drinkers want something with a bit more tooth than even those craft introductory beer - something that's distinctly more bitter, more flavorful and with much more kick. The brews at Monday Night definitely have that, with all that I've tried coming in above 6% ABV. The recent trend is for the larger local brewers to come out with limited edition concoctions - like Sweetwater's Dank Tank progeny, so the crafty-craft beer is catching on. Here are a few I've sampled on tap (with an honorable mention):

Drafty Kilt Scotch Ale - this is my favorite so far - a very robust ale darker than most with a bit of red tint. Very malty with hints of molasses and lots of buttery caramelization and aromas. It also comes in at 7.2% ABV - a solid and delicious beer good with anything from casual drinking, through most meals and into dessert. AND you can get your buzz on with this delicious brew. If they're pouring the Bourbon Barrel go with that at 8.5% ABV - all the goodness of the regular with intensified flavors (I haven't seen it poured here, only had it in bottles) 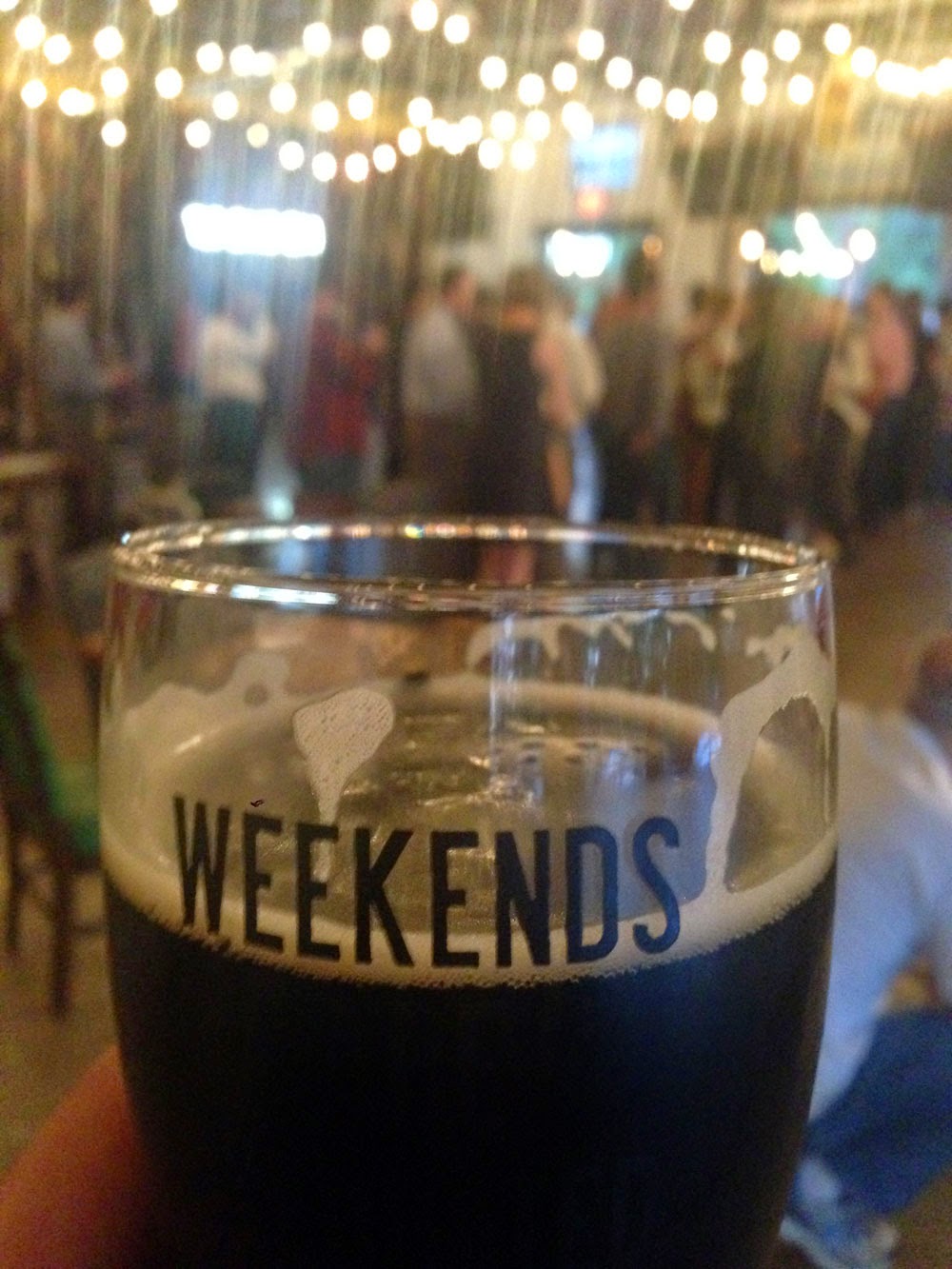 Eye Patch Ale - this is an American IPA with your typical hoppy flavors, a bit downplayed but enhanced with citrus and some floral aromas. I find it interesting as you get both the bitterness of the hops and some sweetness from the malt - not your typical ale and a good intro if you're not into the heavy flavors of some of the alternatives - at 6.2 ABV it wont knock you back as much as the Drafty. 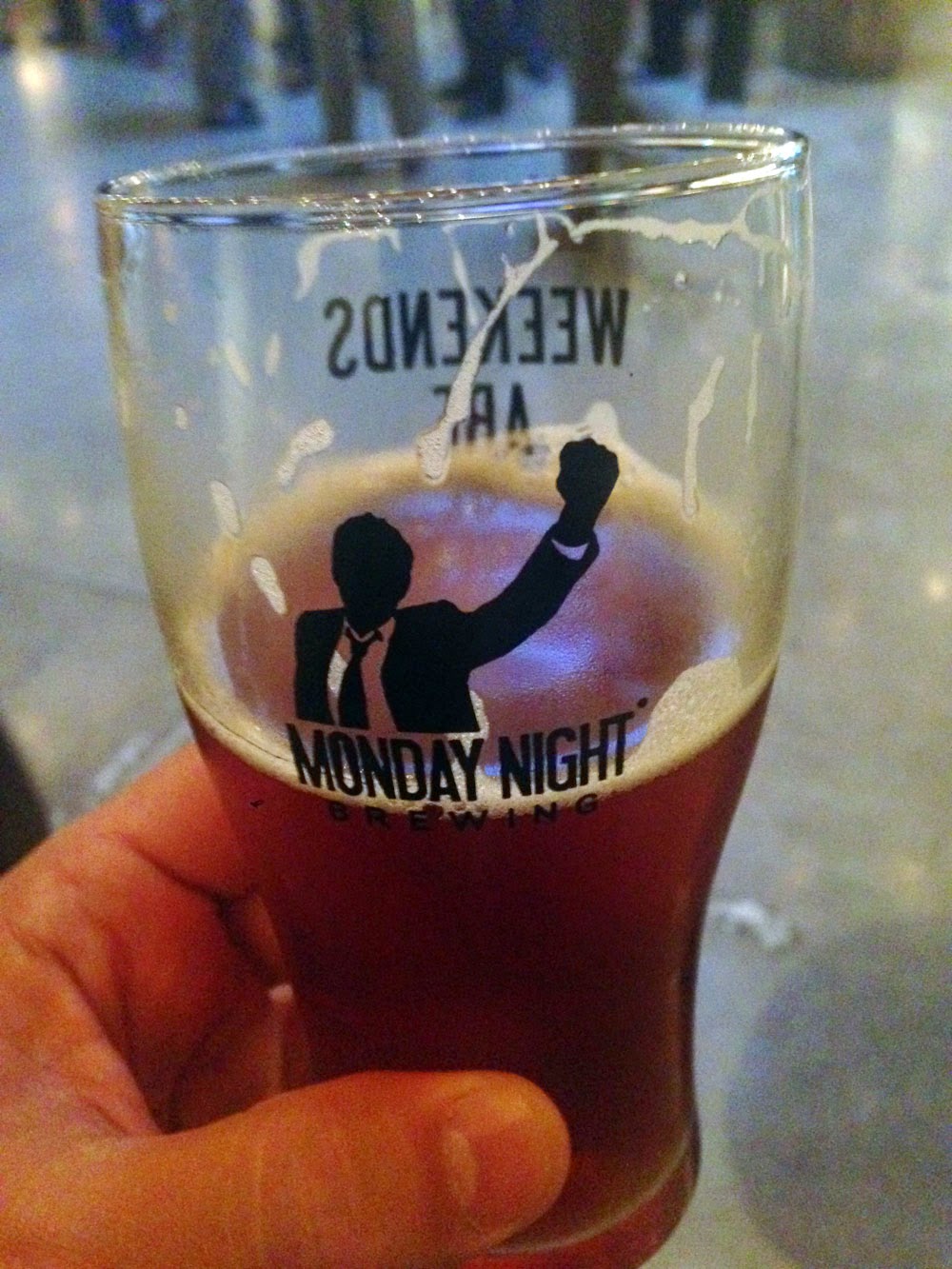 Blind Pirate Double IPA - wow, this one will get your buzz on quickly at 8.2% ABV. Lots of aroma and similar to the Eye Patch, but much intensified. You'll get a lot more pine from the hops in this one an it comes in as my second favorite.

In any case, this is a place well worth visiting - I had quite a good time. My only complaint is that the hours are a bit short - just long enough to sample a few but not long enough to complete out an evening. Luckily there are plenty of place nearby to get food and more to drink.

Here's to the beer!