(shorter version also published on Yelp)
Harbour House Pub is located at 129 Church St, Decatur GA 30020, a bit down the hill on Church to the south of Ponce (I think of this as the back-side of Decatur). I'm not quite sure what the place was previously, but I think it was formerly a seafood restaurant? I was invited to a birthday party in late July and was eager to try Harbour House as it had been recommended to me. The interior was more of a converted house with chopped-up rooms and seating along walls - the back of the building seems to hold the kitchen. The owners were well able to instill the "fish shack" feel that they intended, I believe (although it was a lot cleaner than any fish shack I ever visited on any coast!). The hard interior surfaces did produce a high noise level, however - I think what makes this place special is the exterior seating, especially around the bar. 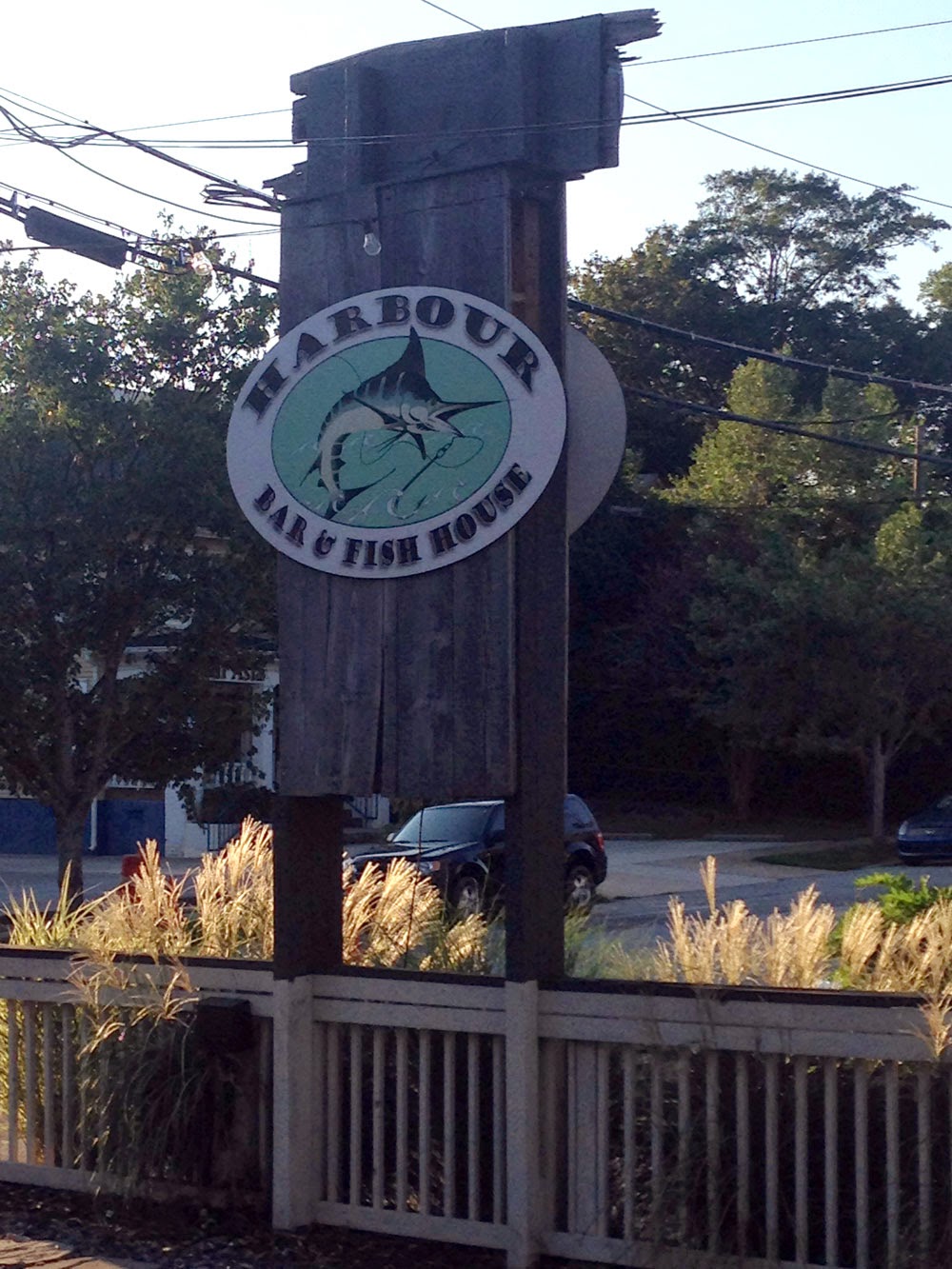 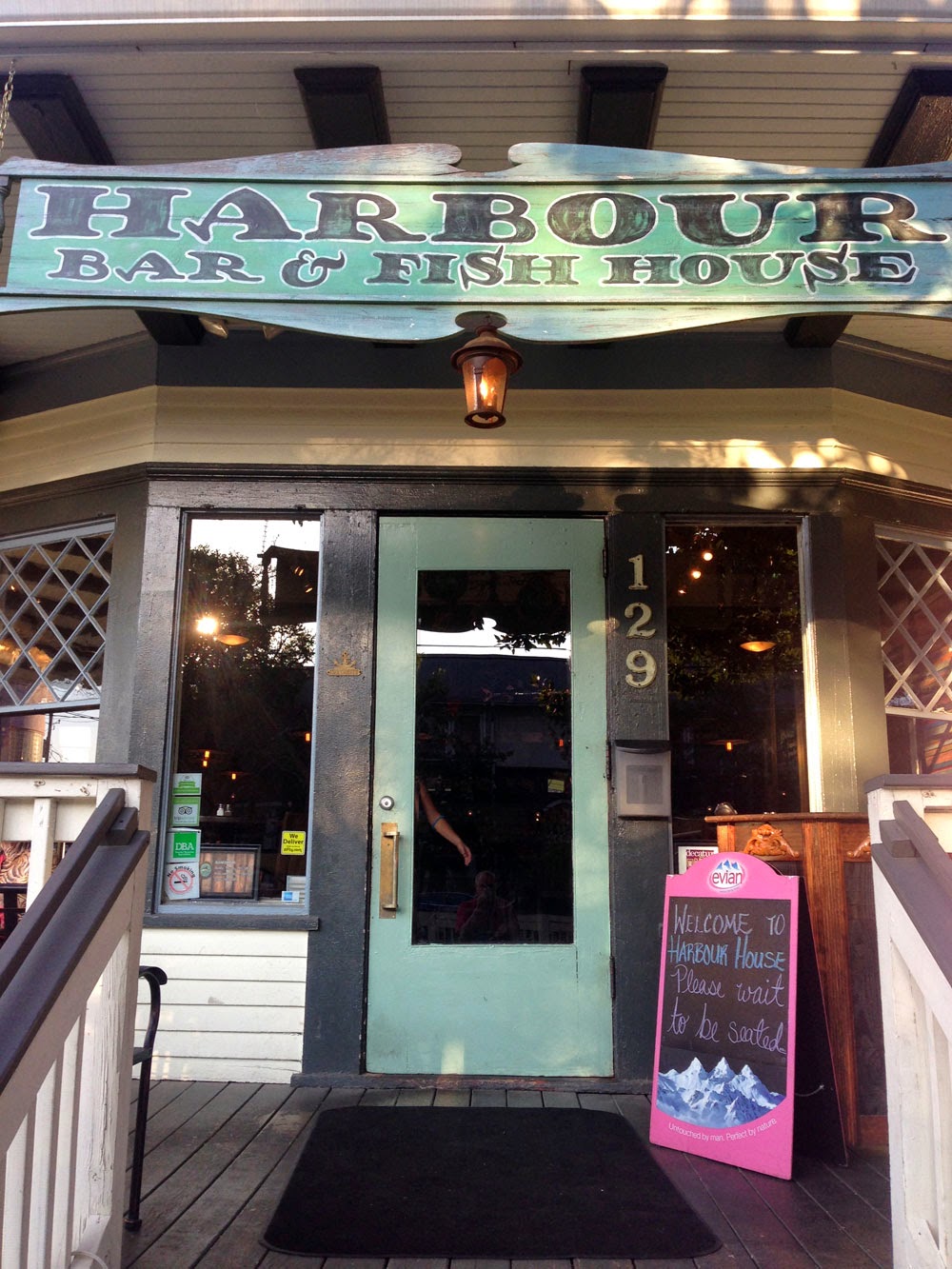 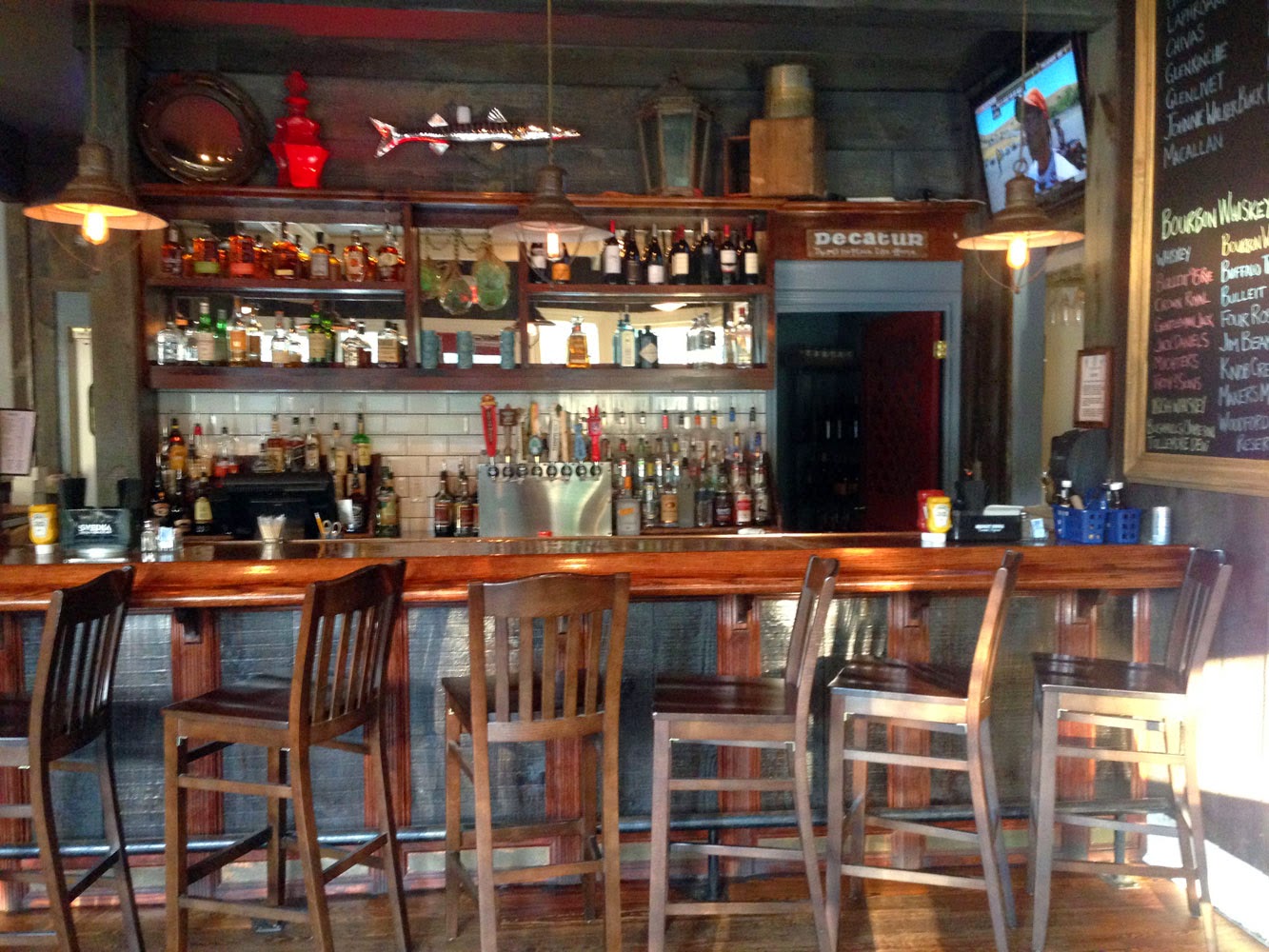 The party was well underway when we arrived (actually I believe there was more than one going on) - seating was mostly covered by umbrellas along a gravel path throughout the back, fence enclosed yard. I loved the old-growth trees that help shade the are in back - these are really special and one of the reasons Decatur in general is a great place to visit. There's also a stage in back with above-average music going on - this night a duet with jazzy-vocals and great guitar. 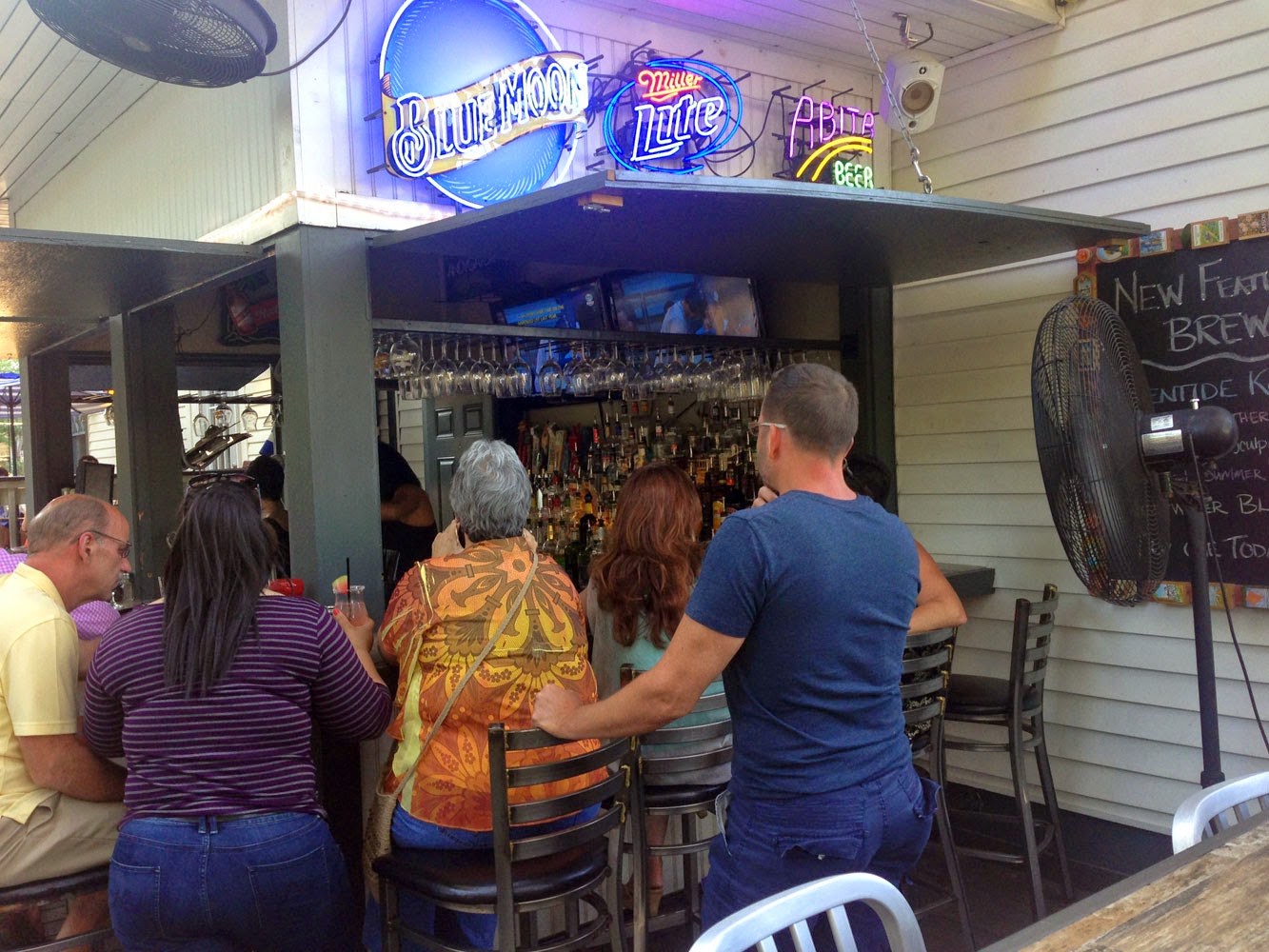 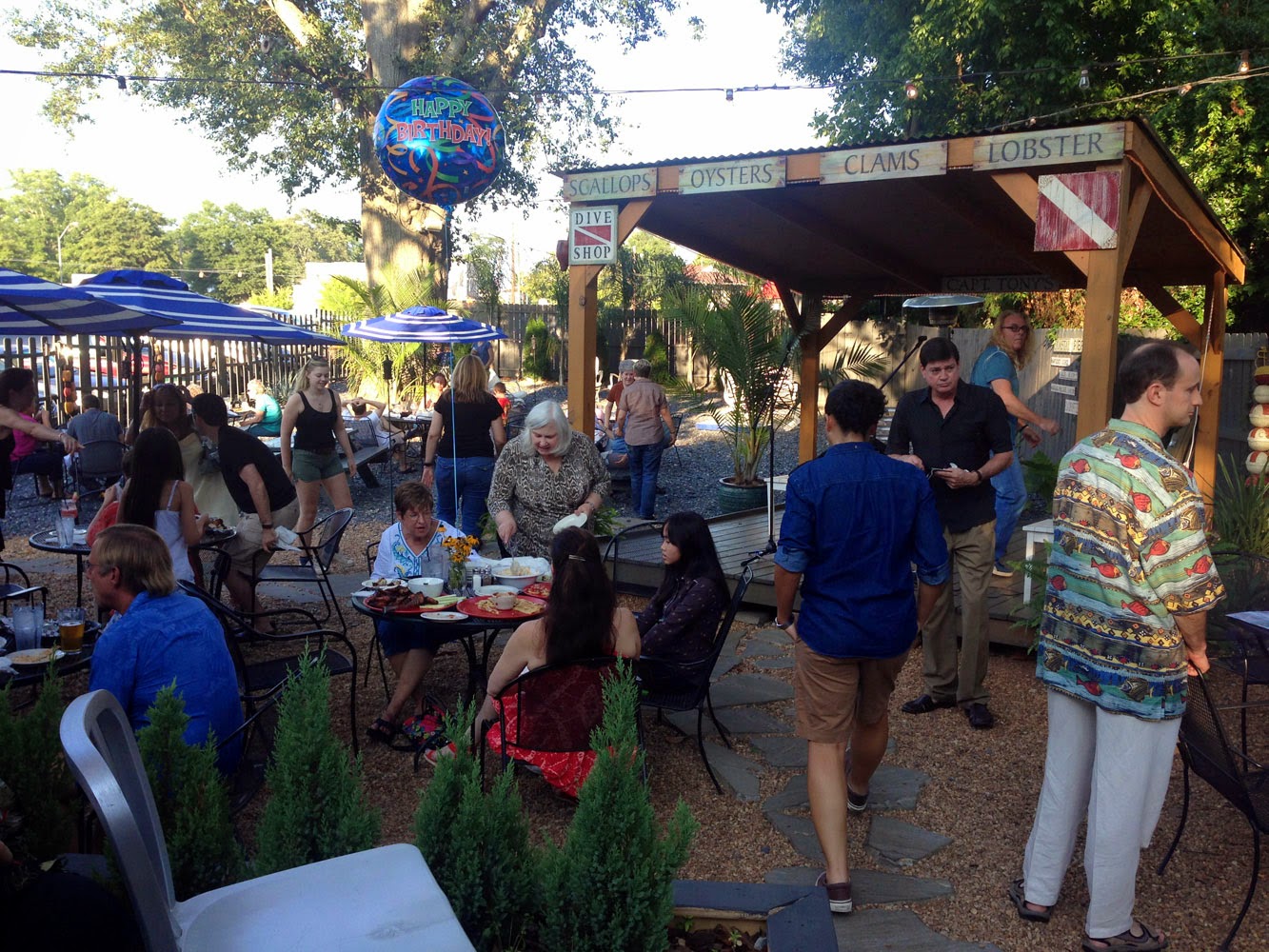 There were a few appetizers offered up to get the party going - but I also ordered one of my favorite local brews - the Monday Night Brewing Drafty Kilt. So glad Harbour had this (along with some other faves like a Terrapin Brewing's Hopsecutioner and Recreation Ale, Wild Heaven Ode to Mercy and my old standby, Sweetwater 420). The wings offered as an app were very good - more of the dry-rub variety than the sauce-drenched. 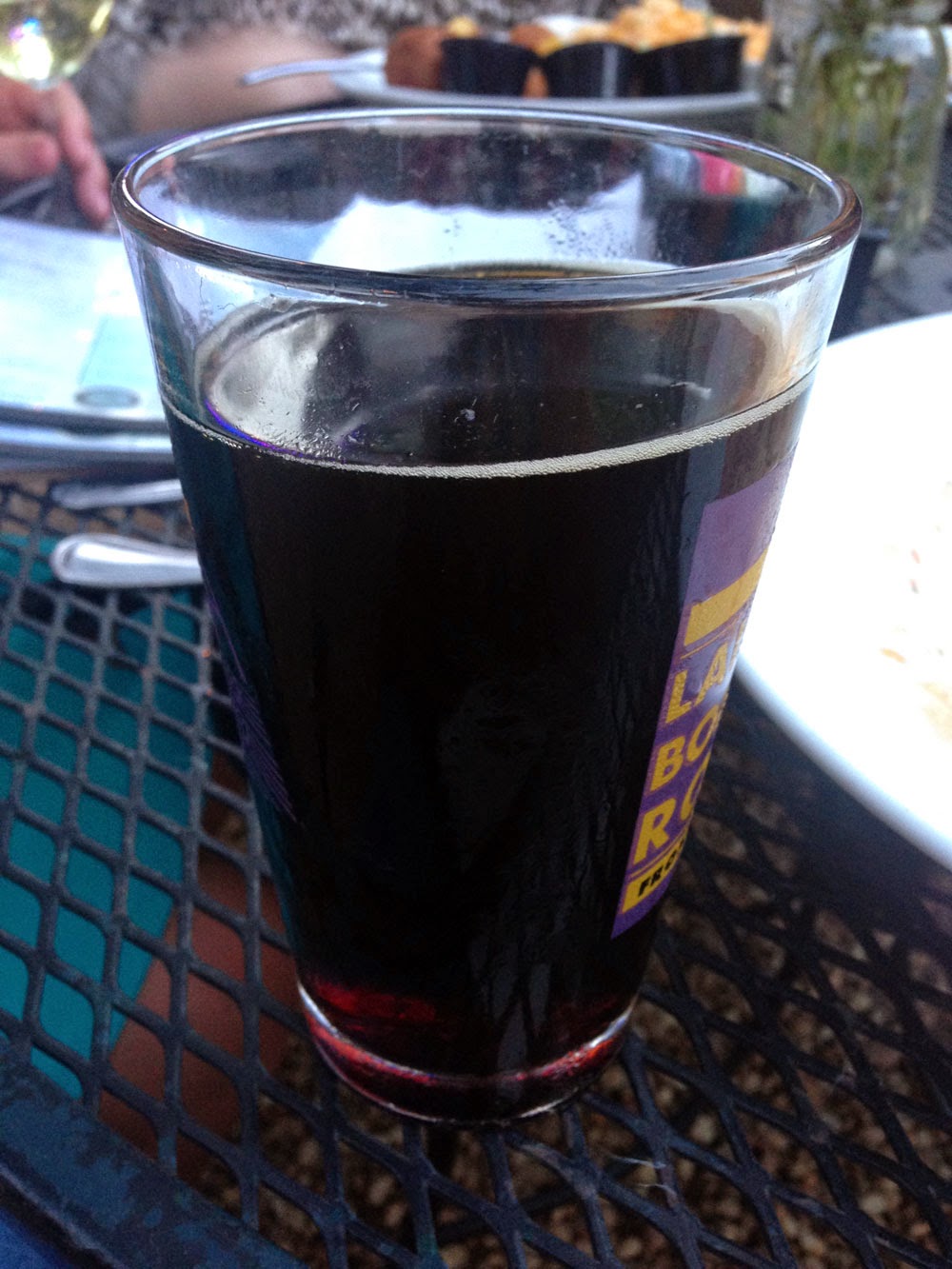 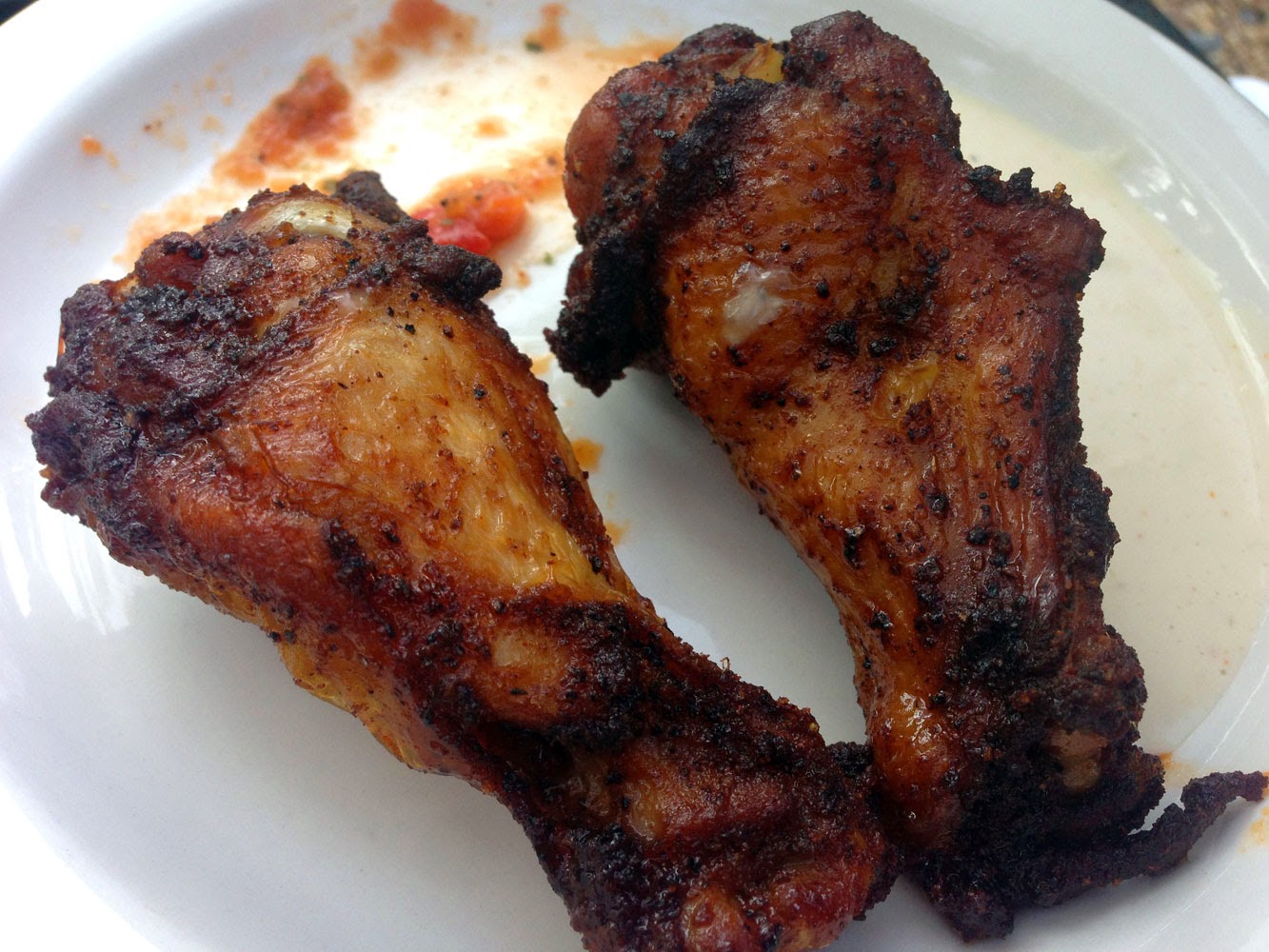 The menu had a few anticipated items of the seafood variety, cooked in your choice of: Asian Curry, Piccata or Low Country. There were some chef specials along with oysters on-the-half-shell, a variety of sandwiches and tacos. 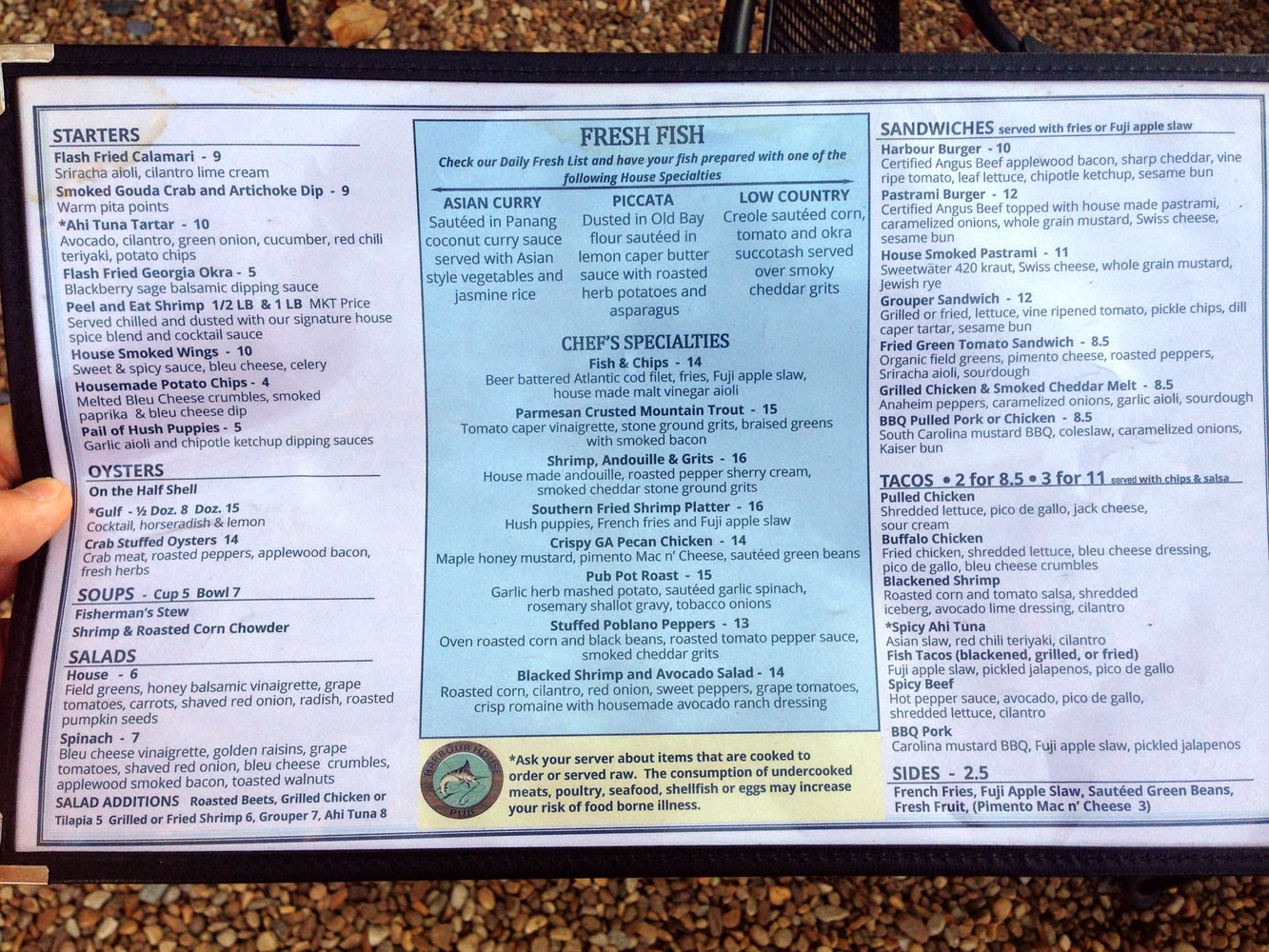 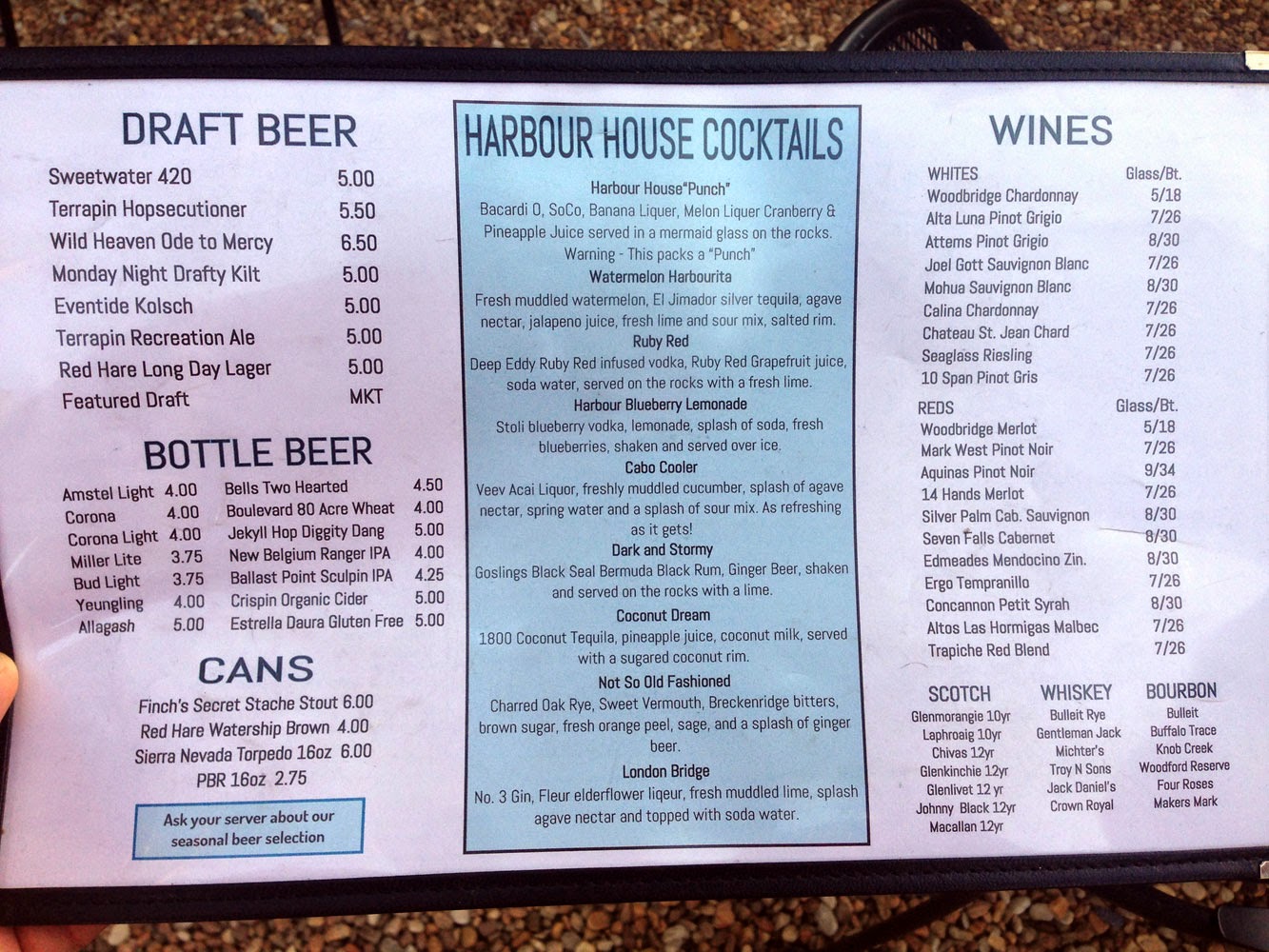 I ordered the Shrimp, Andouille & Grits which I considered good but not great. I think it could have used a bit more spice as the cream-sauce didn't differentiate itself too much from the underlying grits. I started with a very good House salad while another at our table had the Ahi Tuna Tartare which I thought very good. I also tried the Fish-and-Chips which was good (still doesn't compare to the grouper I had at Red Bar but what can you do?) 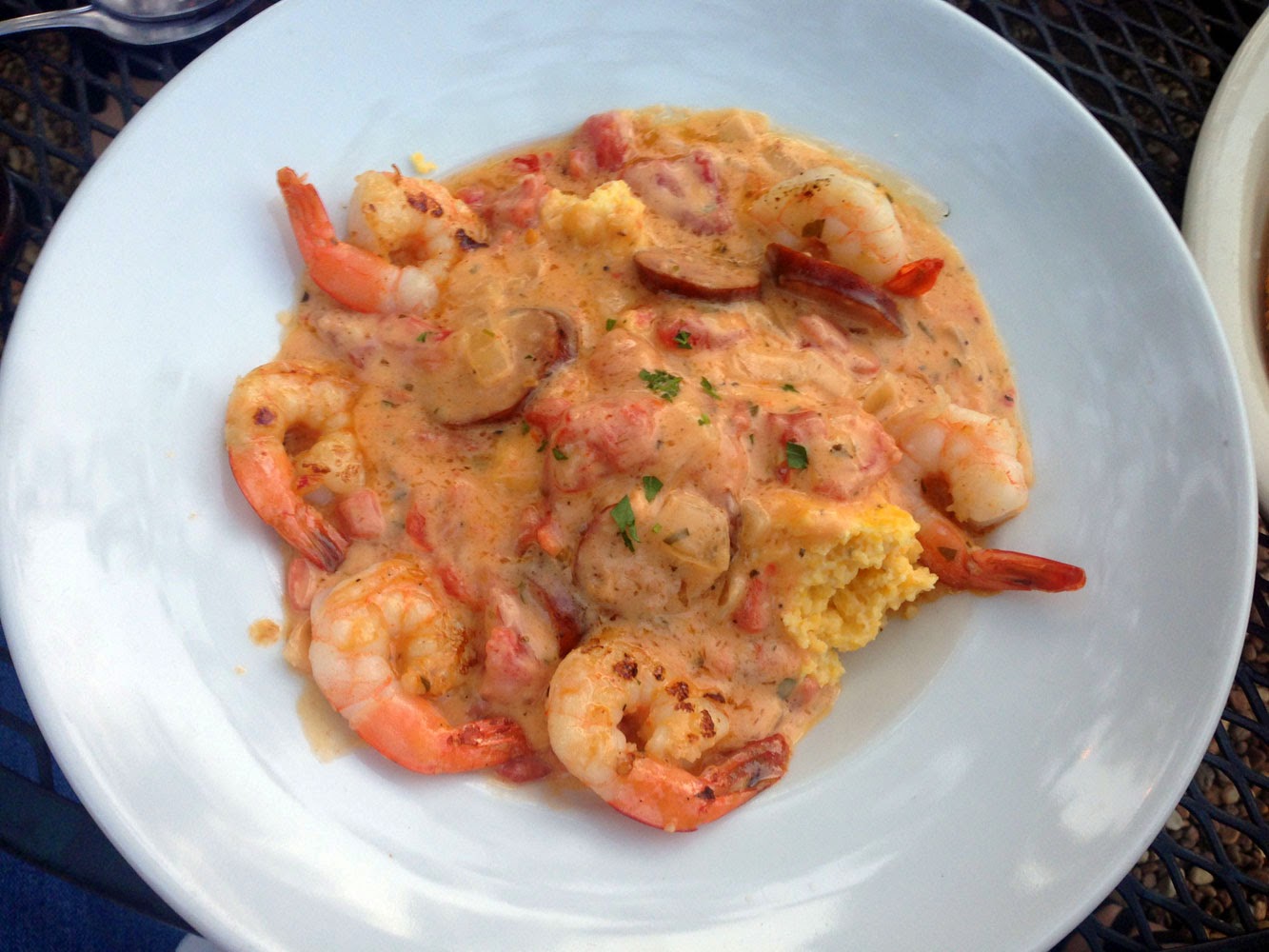 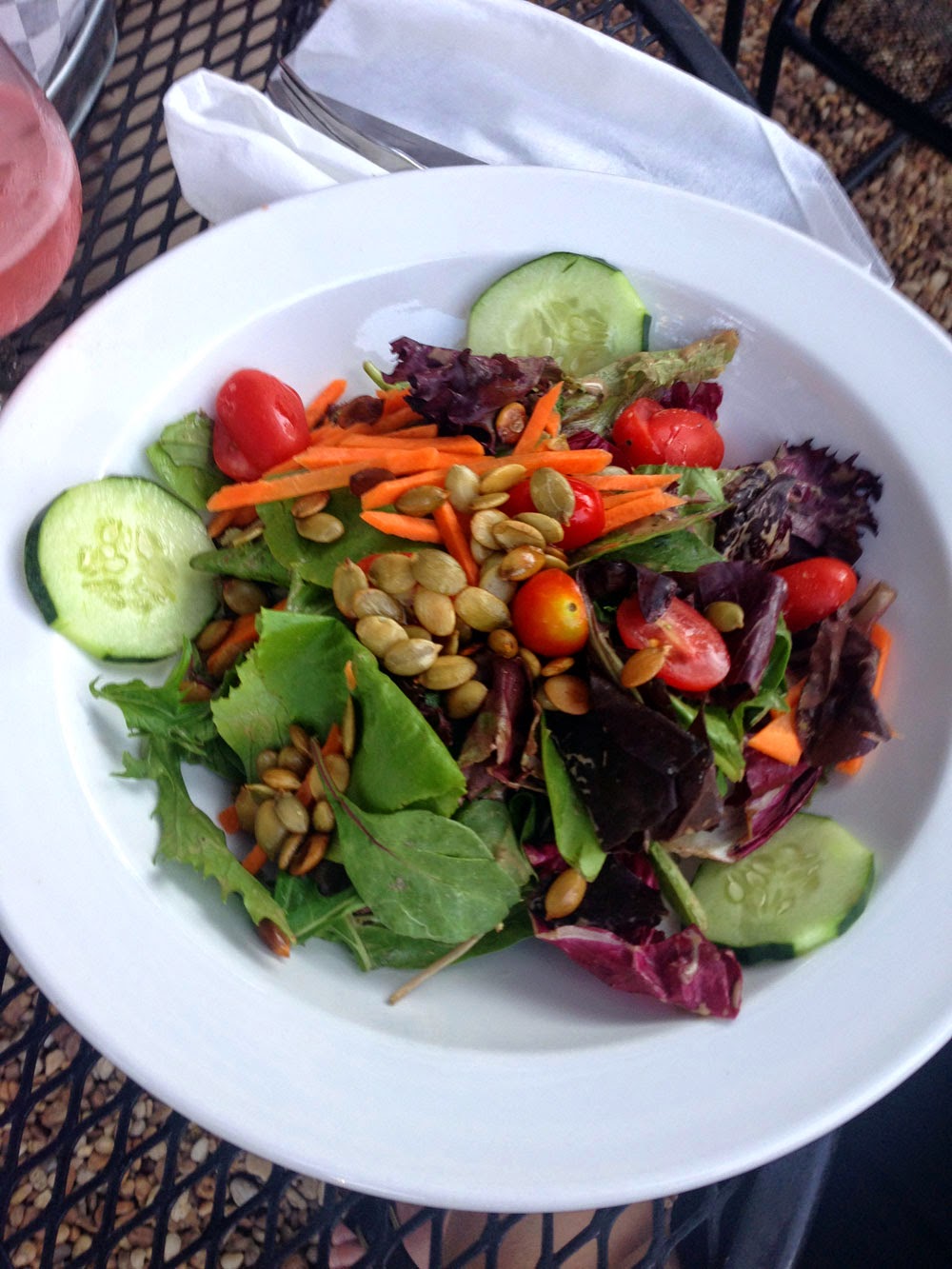 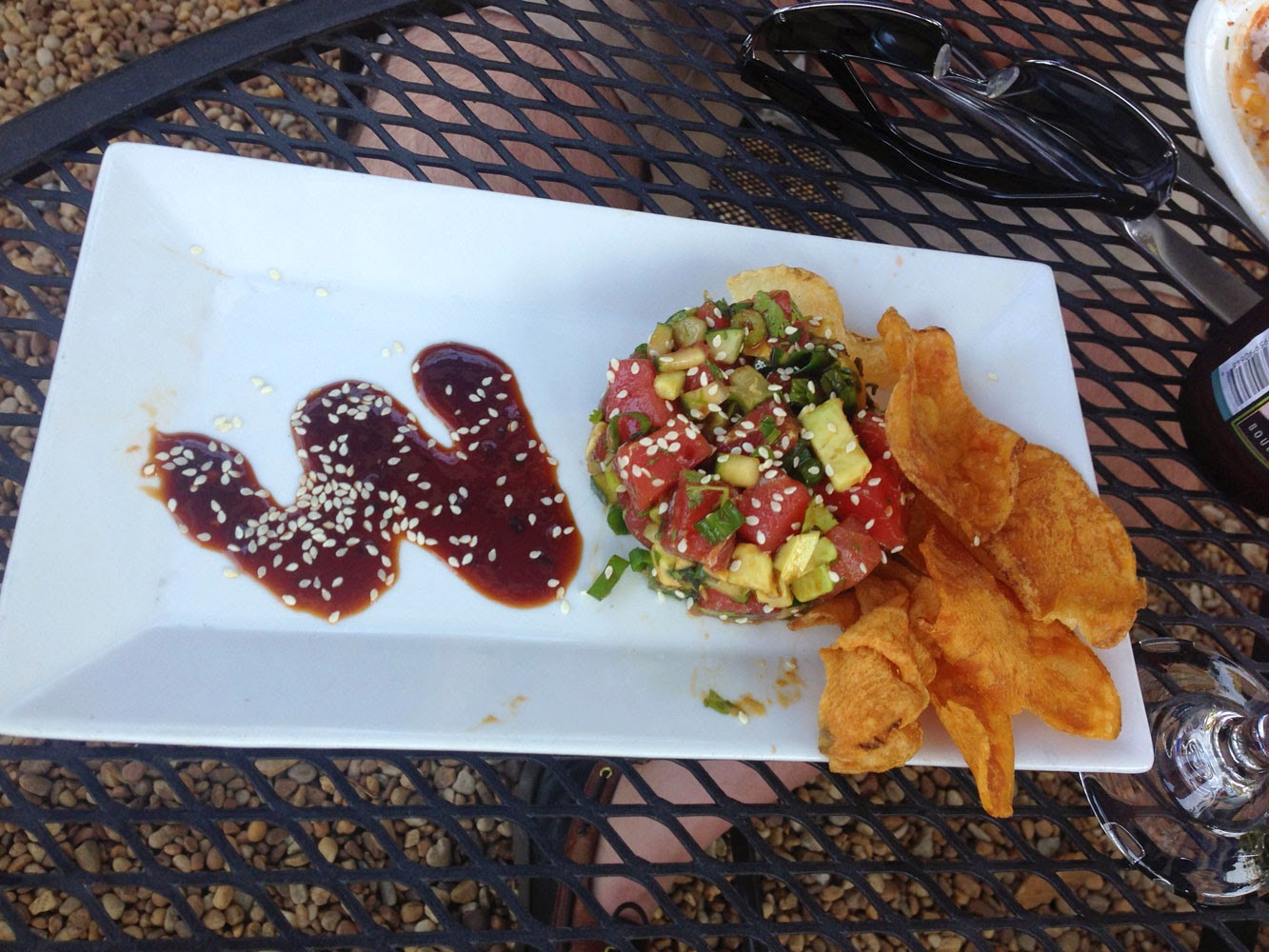 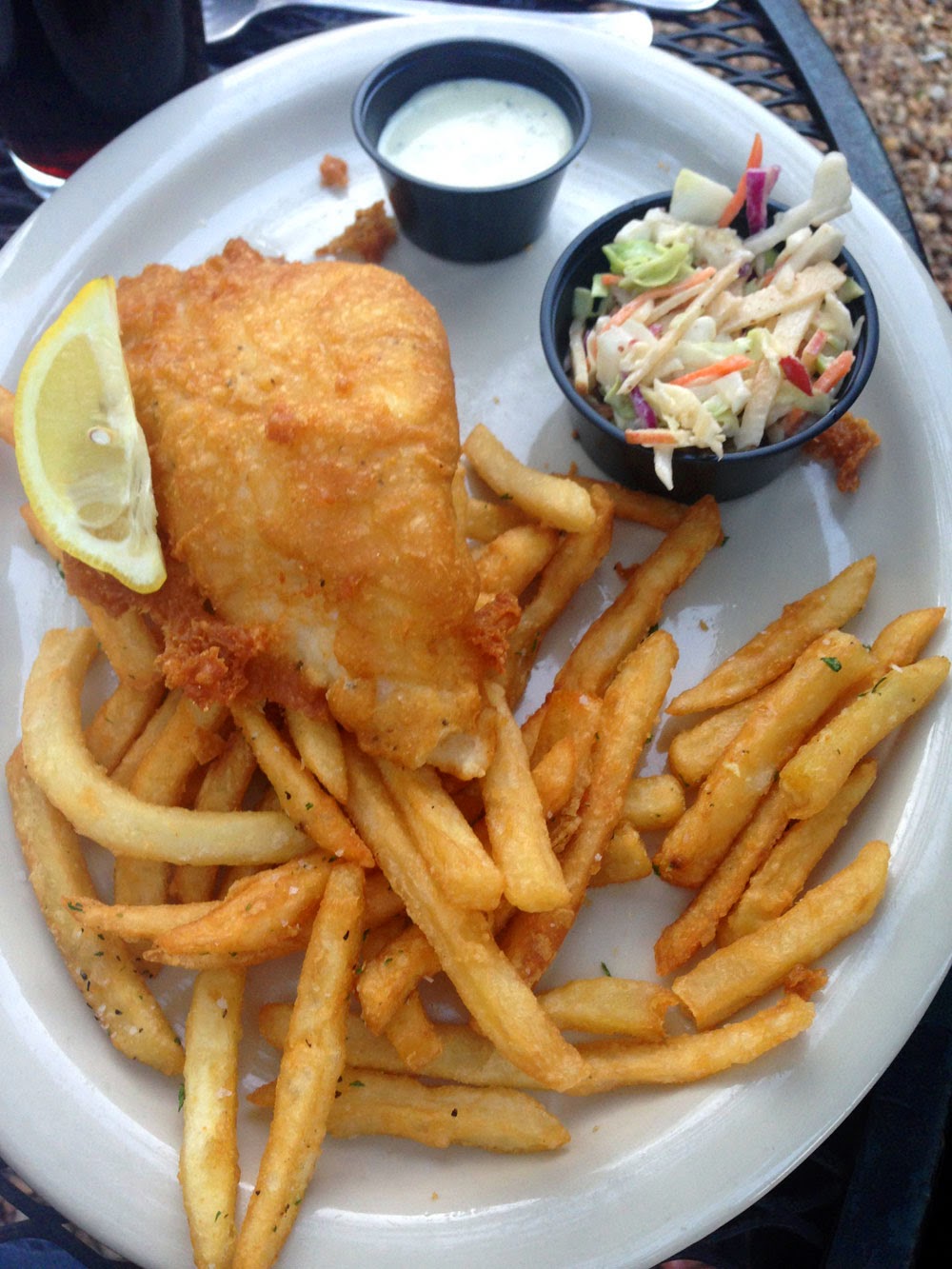 Others at the table ordered the Southern Fried Shrimp Platter (one as presented with slaw and the other with Mac-n-cheese). The Fuji Apple slaw was excellent as was the pasta - the shrimp were good but once again not great (but then again I'm not a huge fan of fried shrimp so I may not be the best to judge). To me, much of the frying of seafood tends to destroy the delicacy of the flavor and certainly,, the texture changes quite a bit - but then again, many don't like the texture of seafood so this can improve things for some. 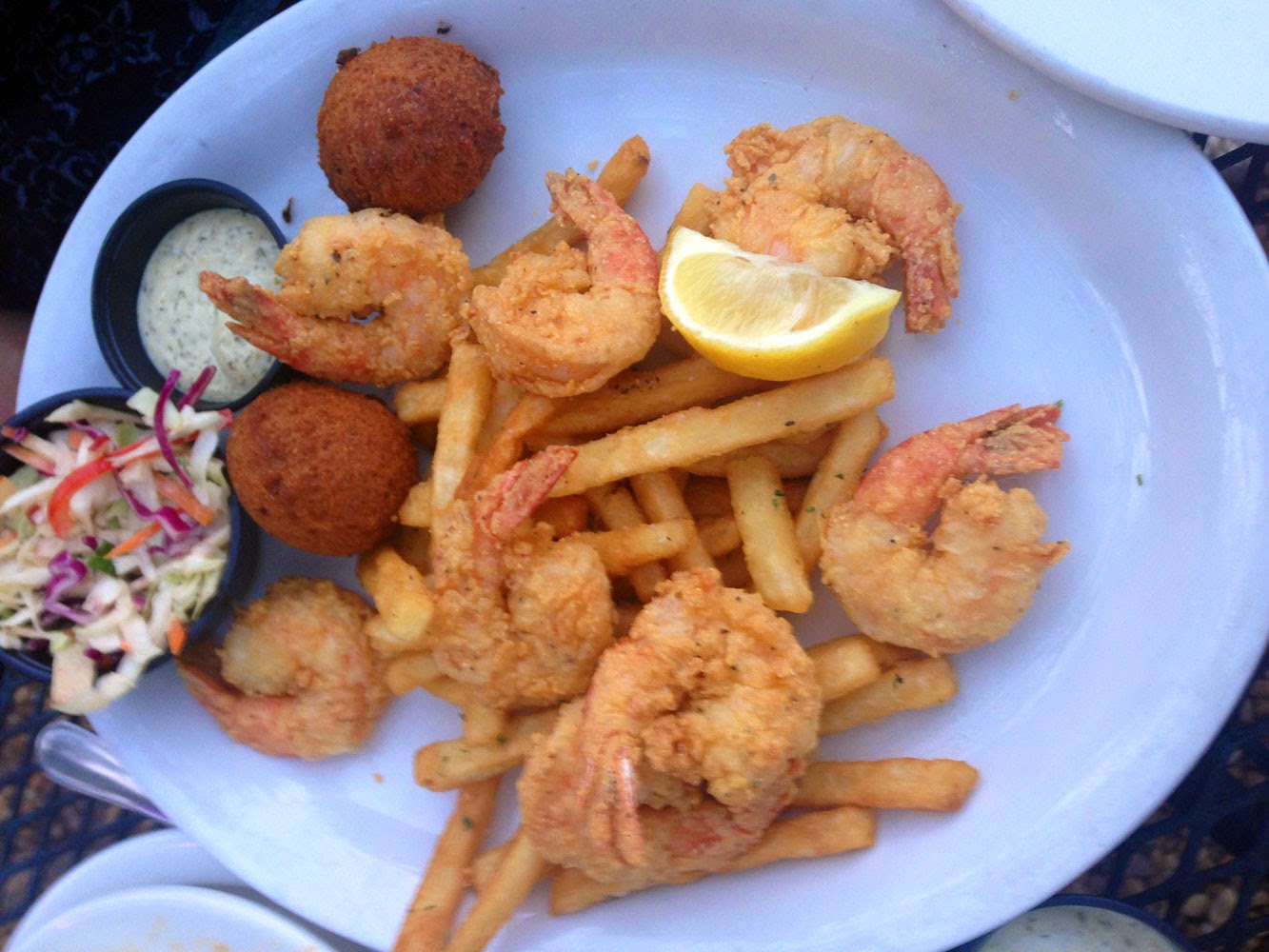 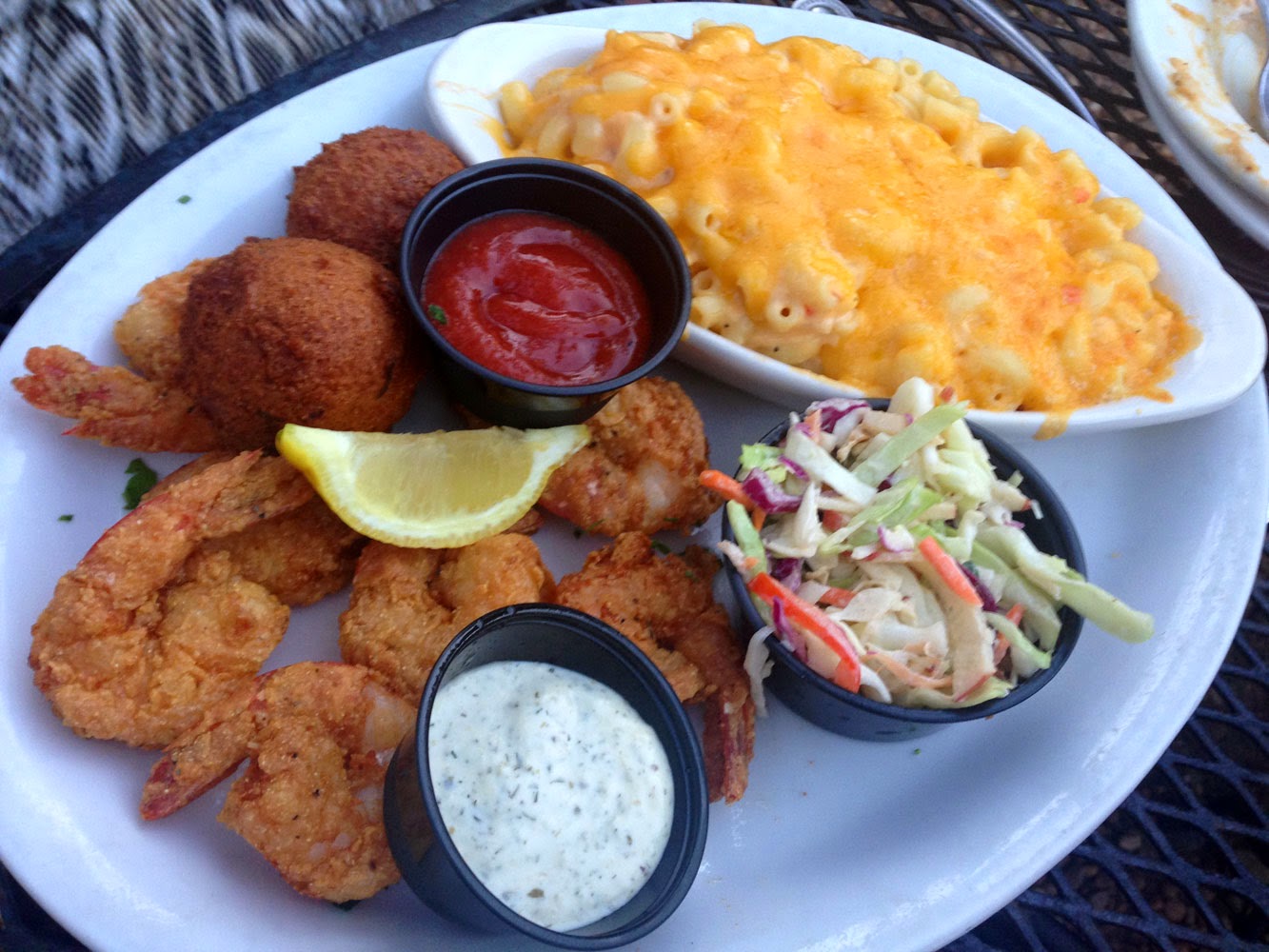 Plenty of available parking in a gravel lot to the rear. I haven't mentioned service yet but in general I thought it was a bit spotty (that may have been more due to the party experience, with people milling around. In our case we stayed at the same table and it took a long time to get a drink order, for the drink to arrive and ultimately for our ordered food to arrive. I got a feeling that they don't quite have this part down yet and hopefully that will improve). 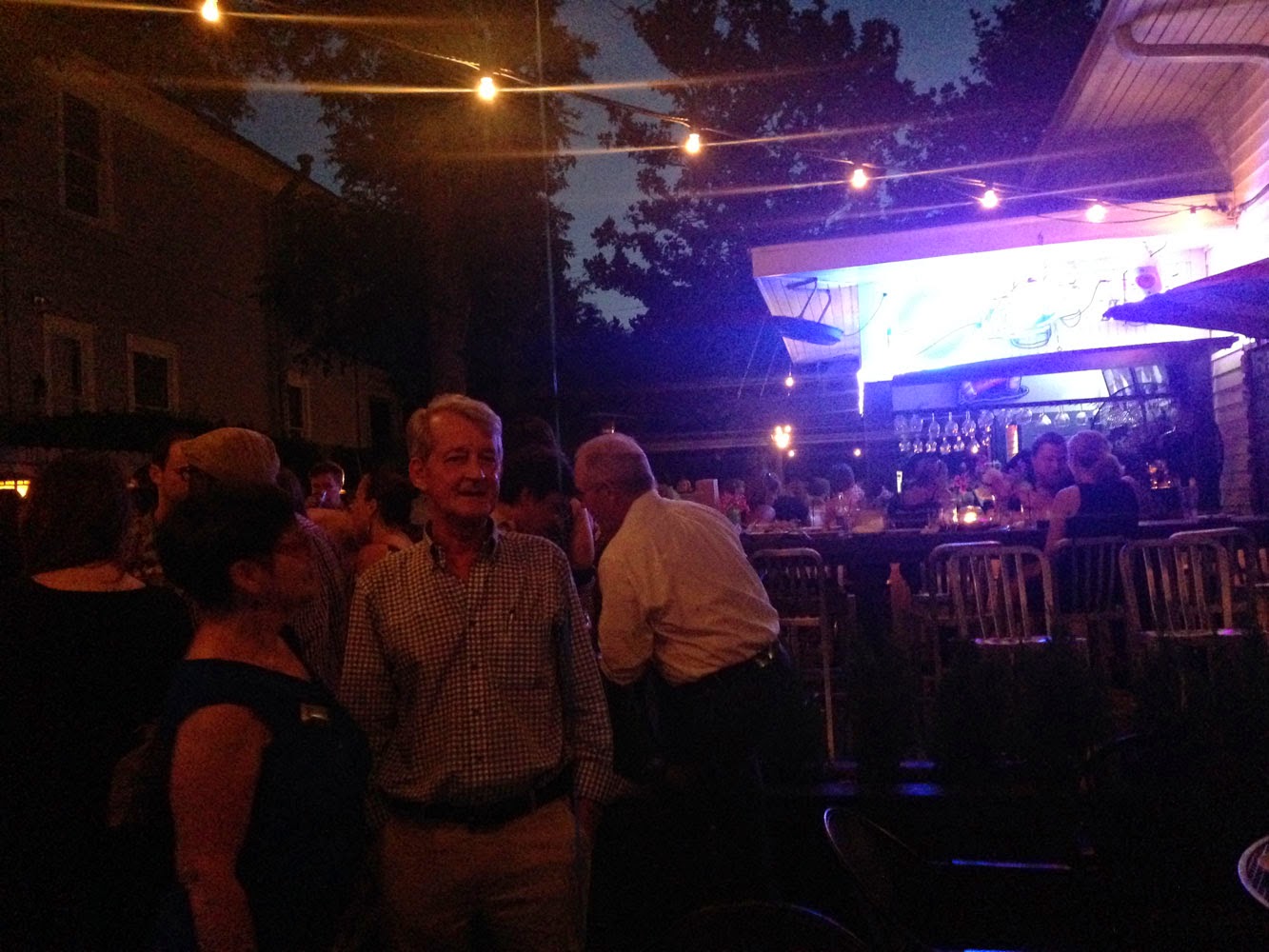 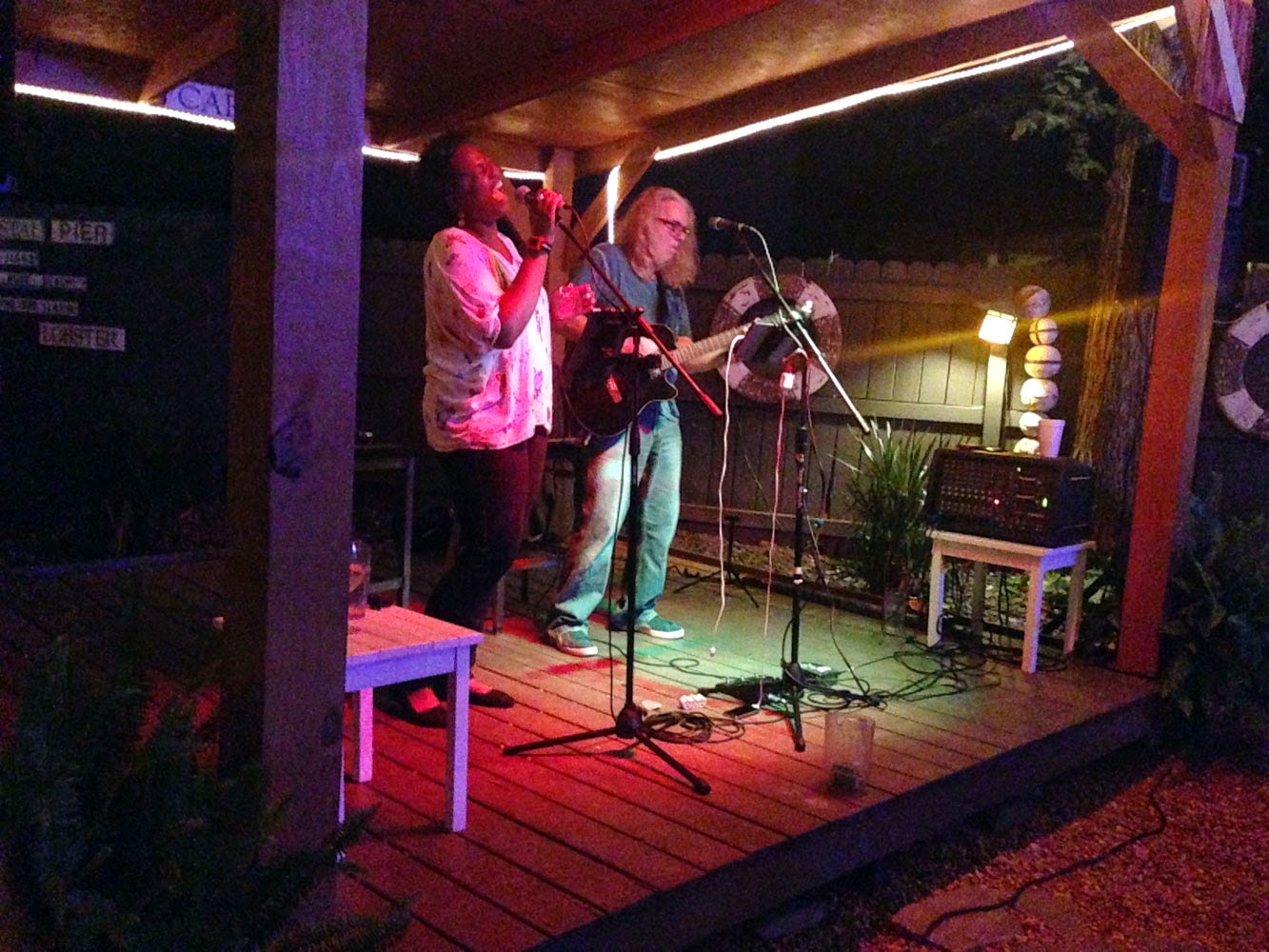 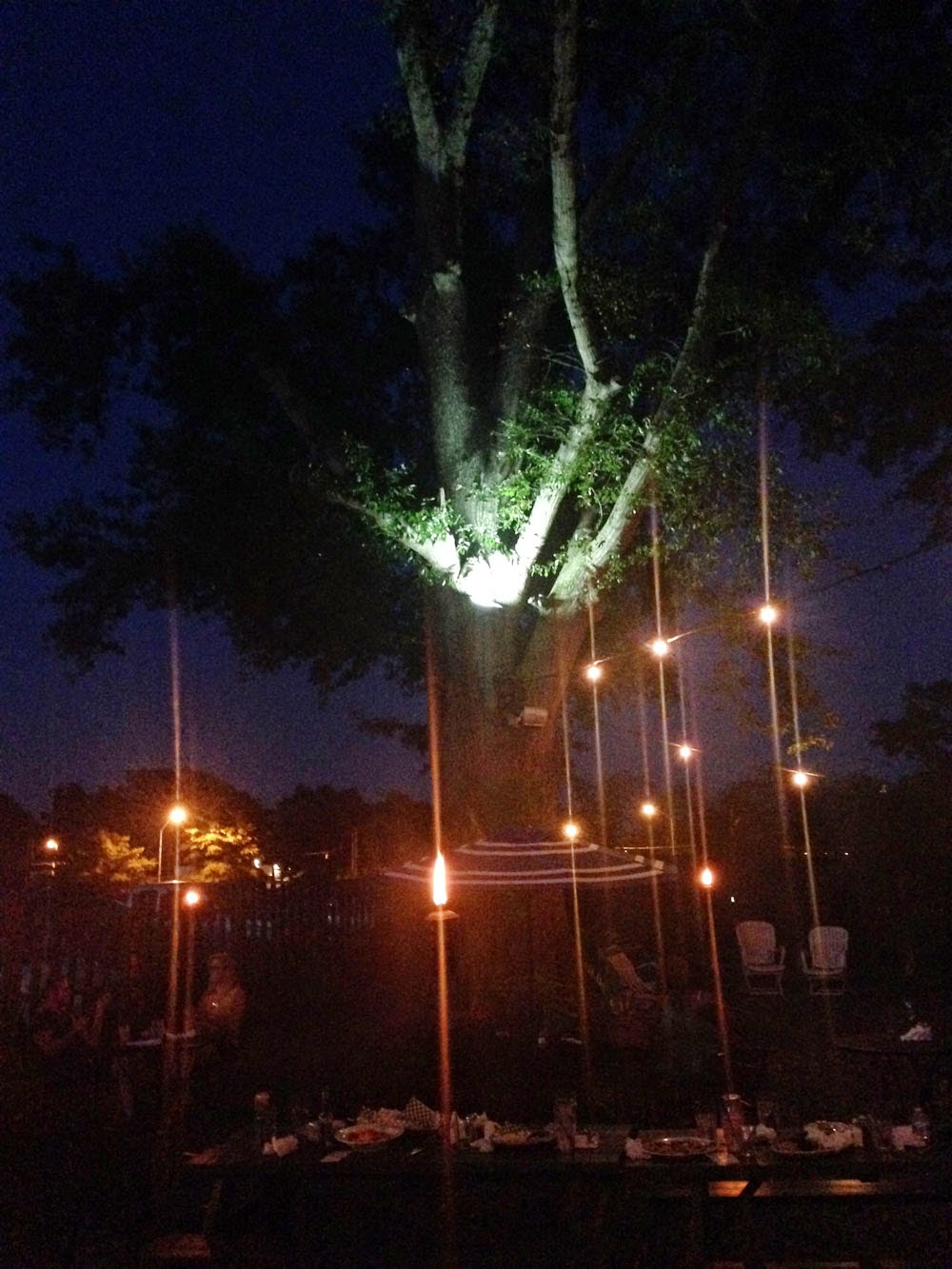 As the evening got into dusk the atmosphere really changed and enhanced the experience. I can't imagine anyone not enjoying a pint of bitters while listening to the excellent music. I'm coming back this spring when things warm up a bit to see about some of the other menu items, but mostly to re-experience that great back yard and stage.