(also published on Yelp)
This Thumbs Up location is in Roswell Rd at 1140 Alpharetta St, Ste 100
Roswell, GA 30075, South of Holcomb Bridge and on the right (West) side if your headed towards Atlanta. Specials are posted on a couple of boards to the left and right of the entrance - at a different time I would have tried the porkchop and I know a few people who would go for the strawberry waffles. 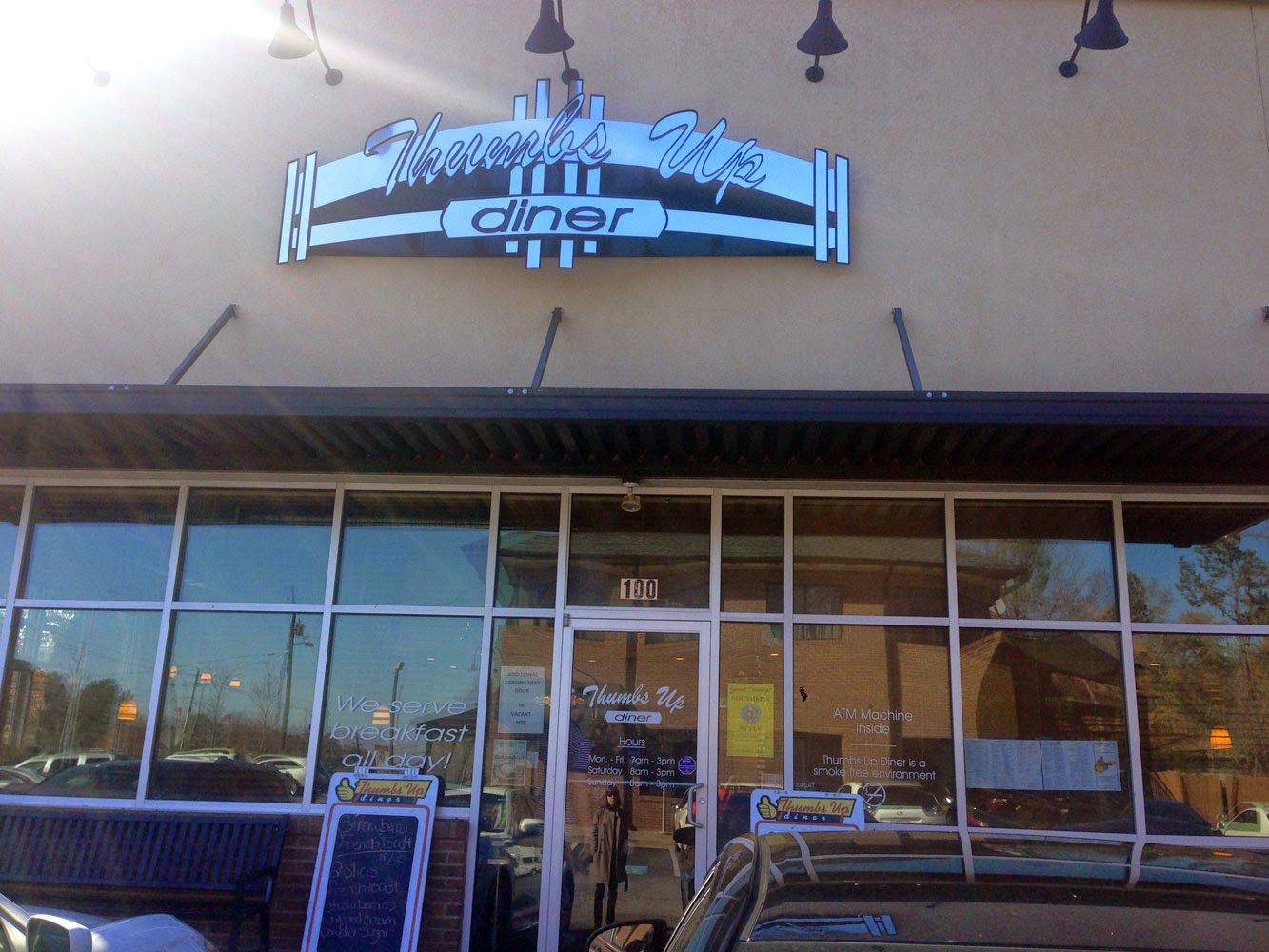 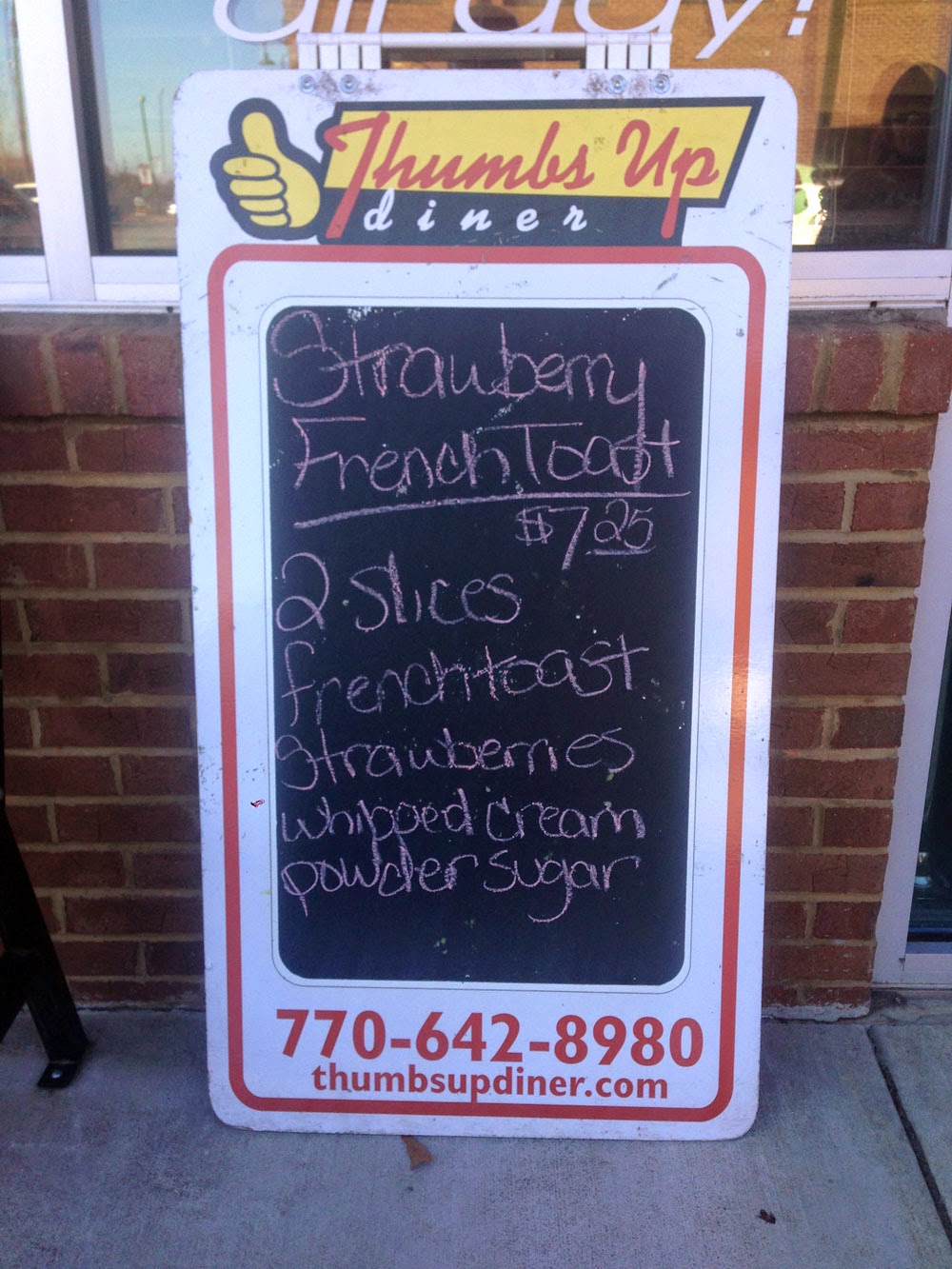 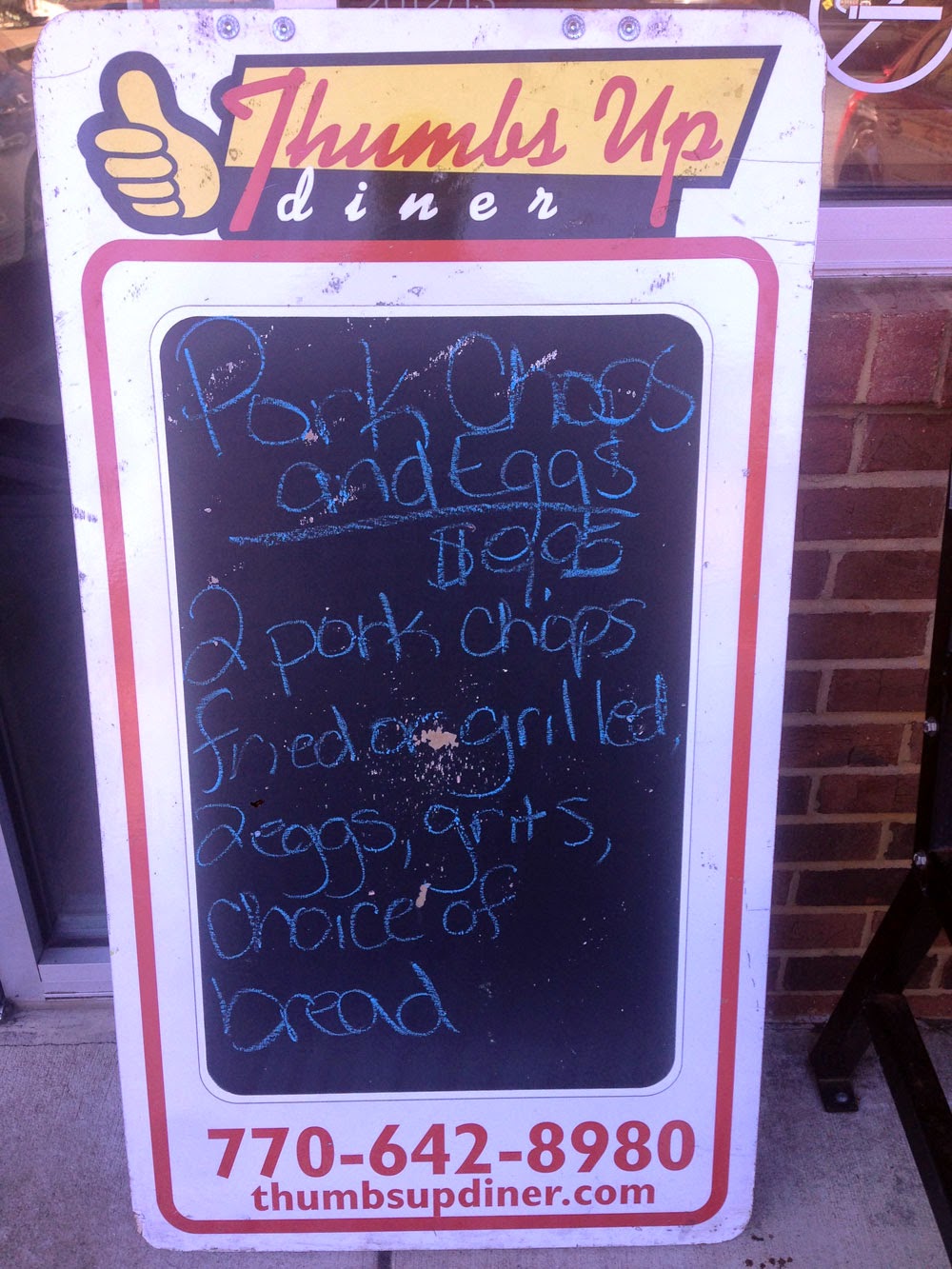 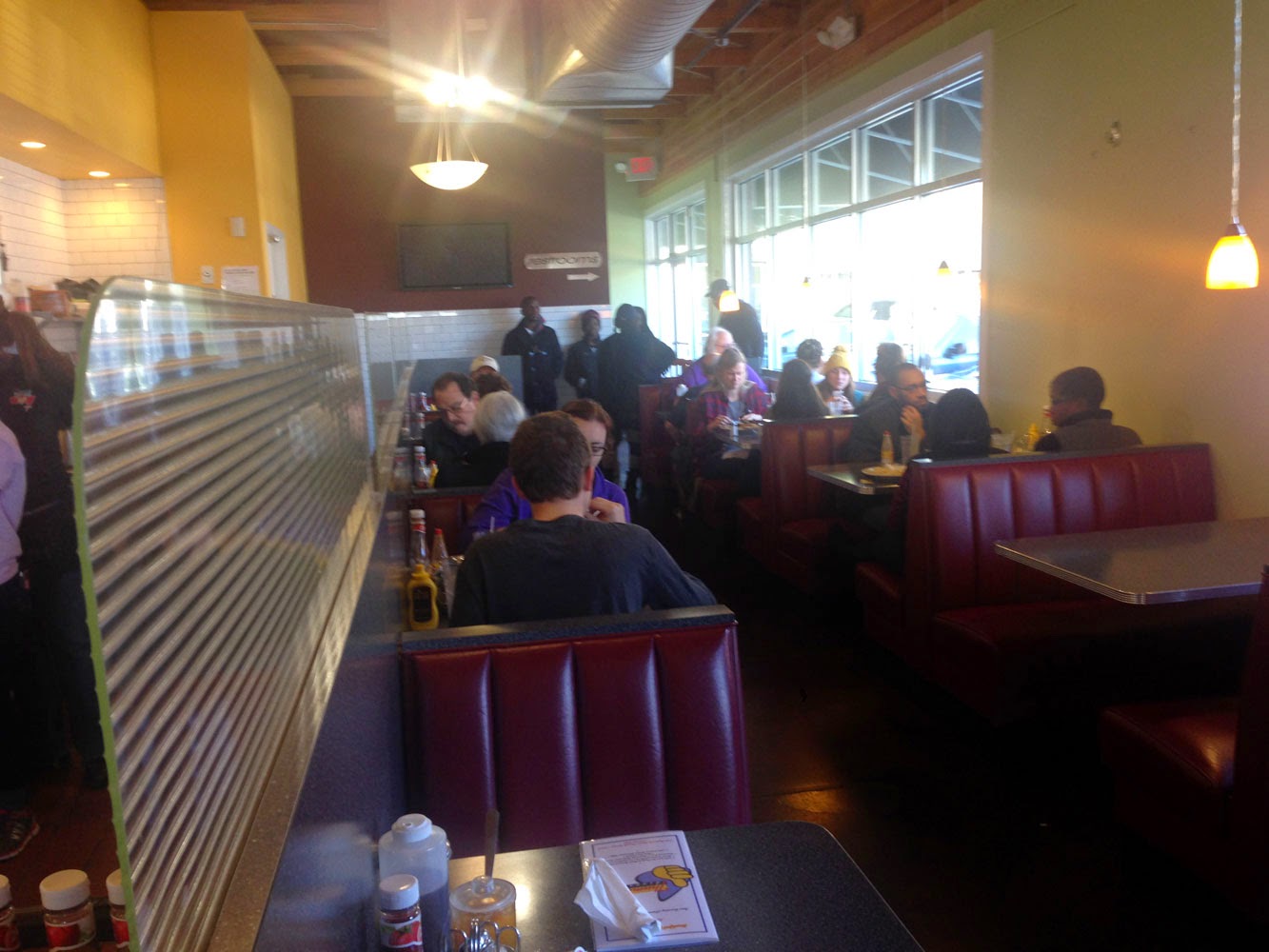 We hit the restaurant the Friday after Thanksgiving (yeah I know...) to a packed house at slightly before noon. Told there was a 15 minute wait but able to sit after 10 at the bar. Our drink order (coffee, water and juice) came promptly as we perused the rather extensive menu. Coffee is served in ginormous coffee cups - it was good, diner coffee (not on par with a dedicated coffee shop but still better than what you would typically find in Waffle House or similar). 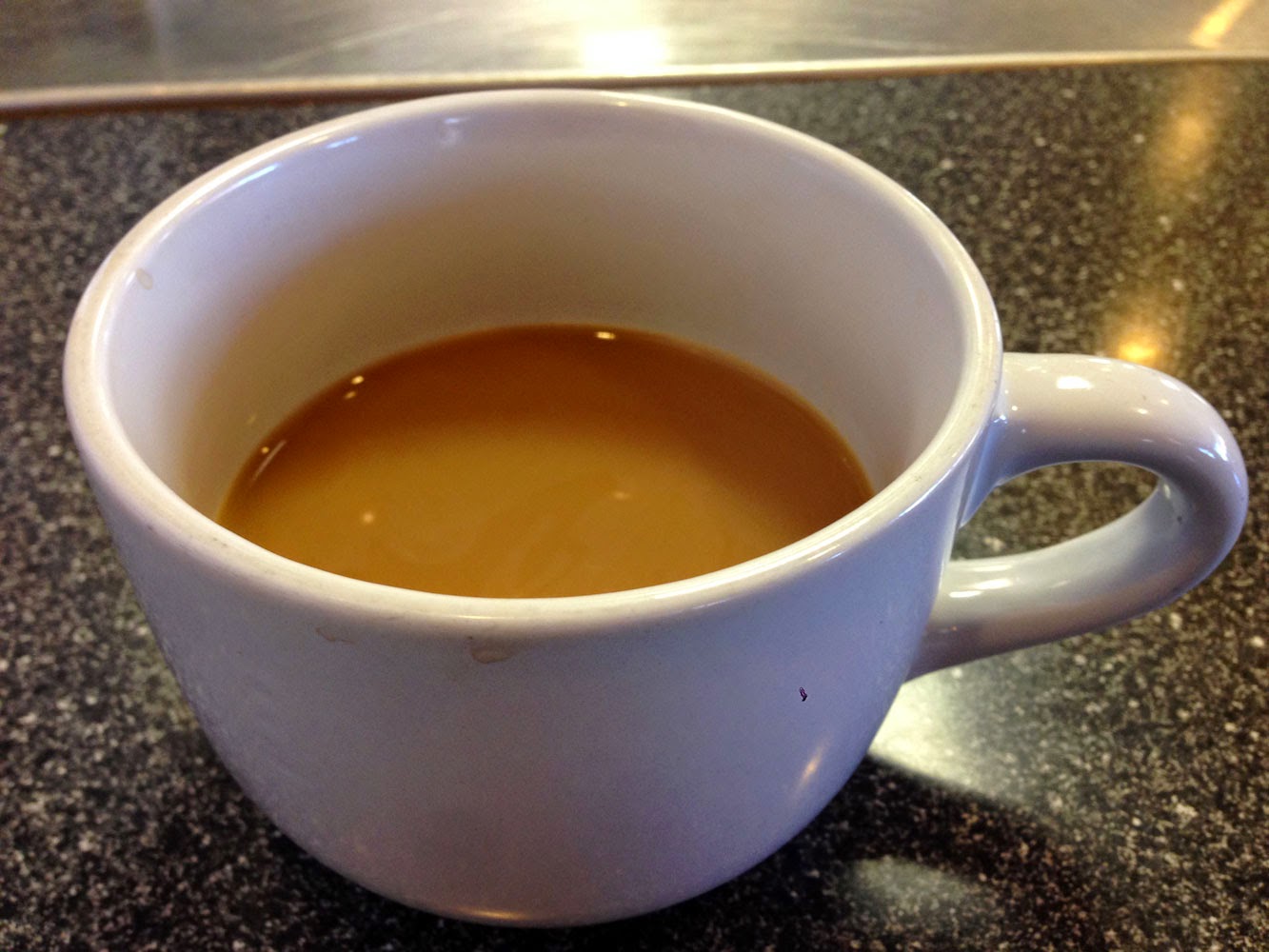 As you can see the menu has quite a selection and should be able to satisfy even the most picky breakfast eater, with fine examples of waffles, challah-made French toast, egg combinations, scrambles and just about anything in-between. 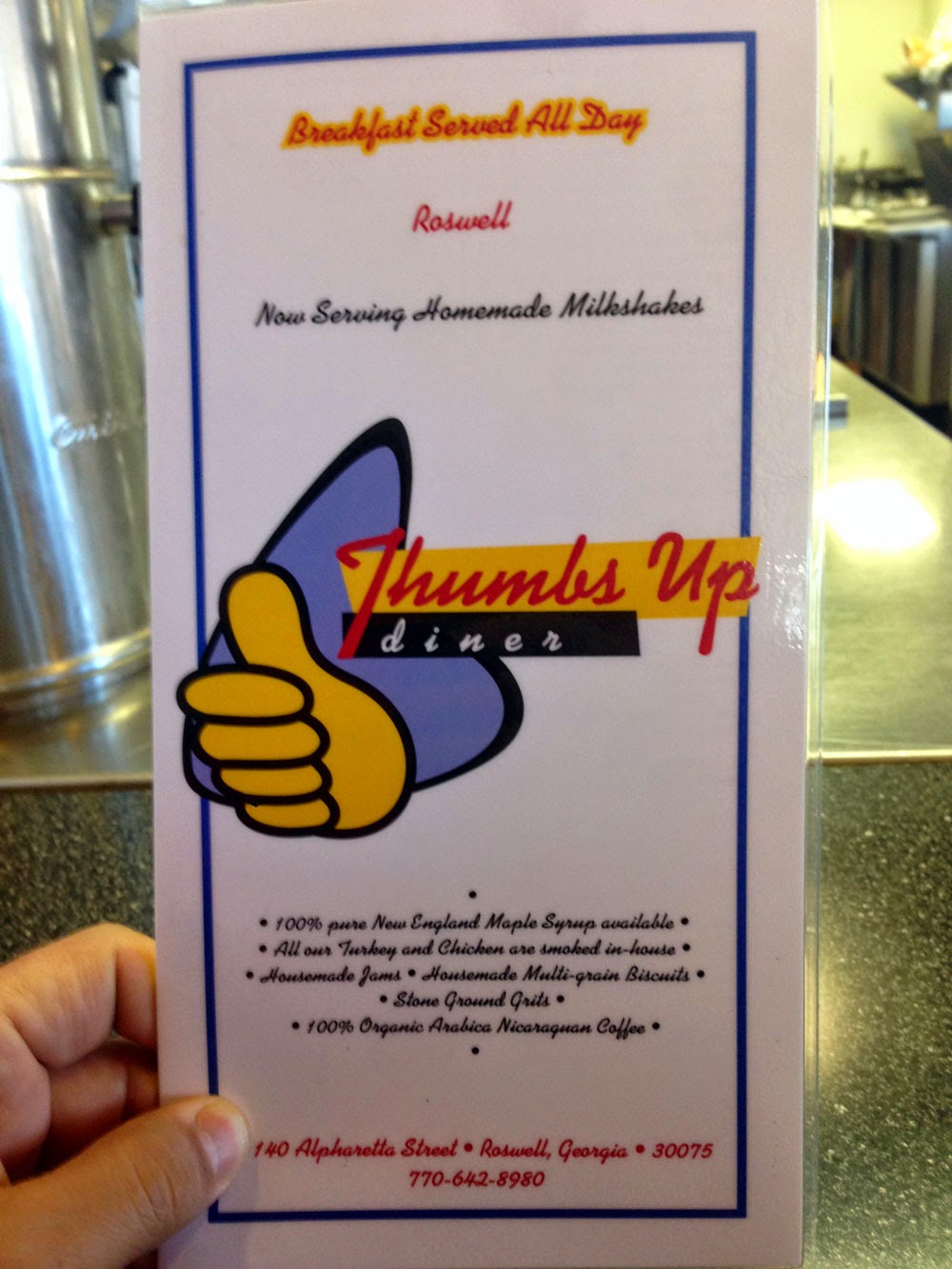 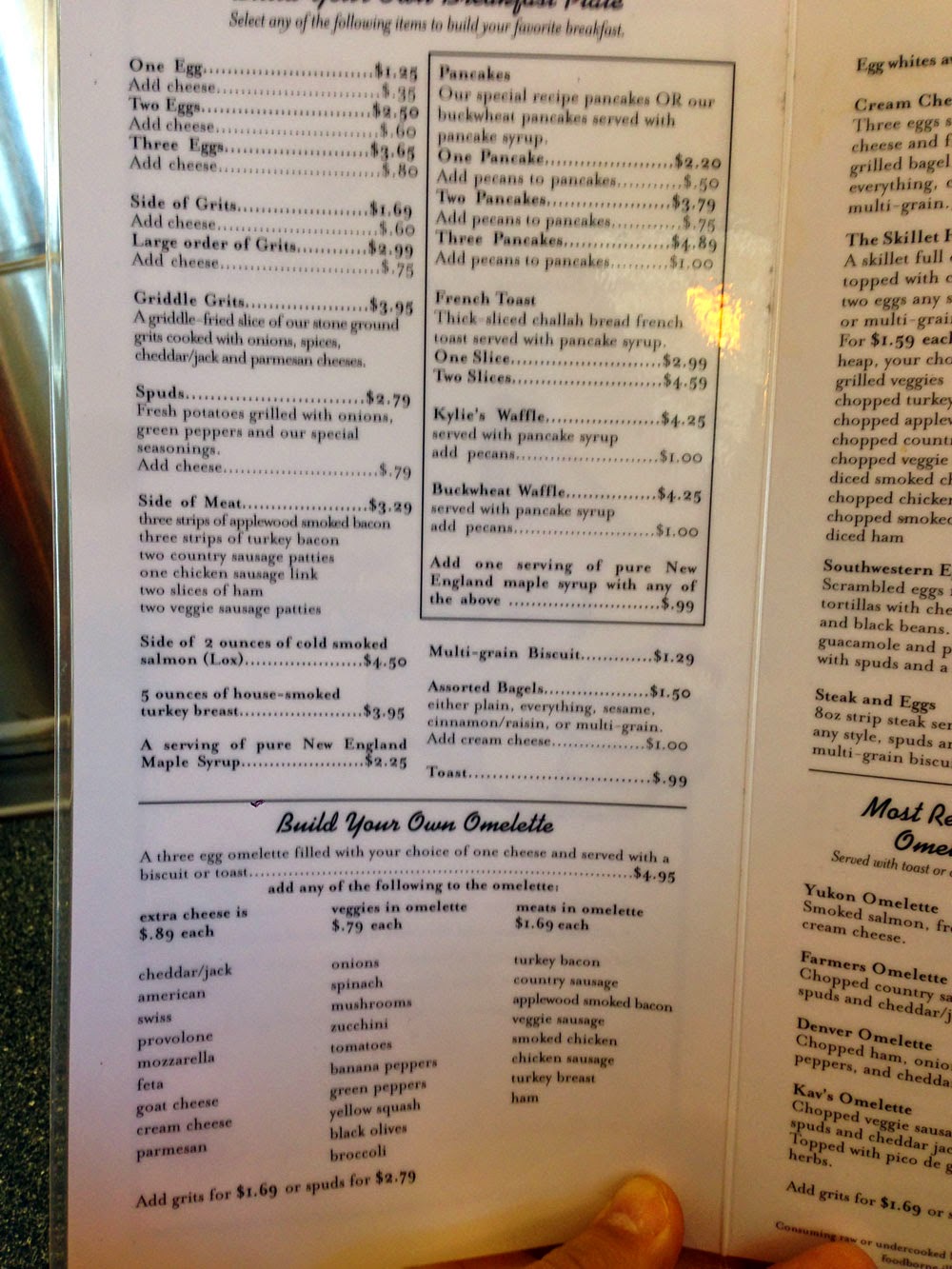 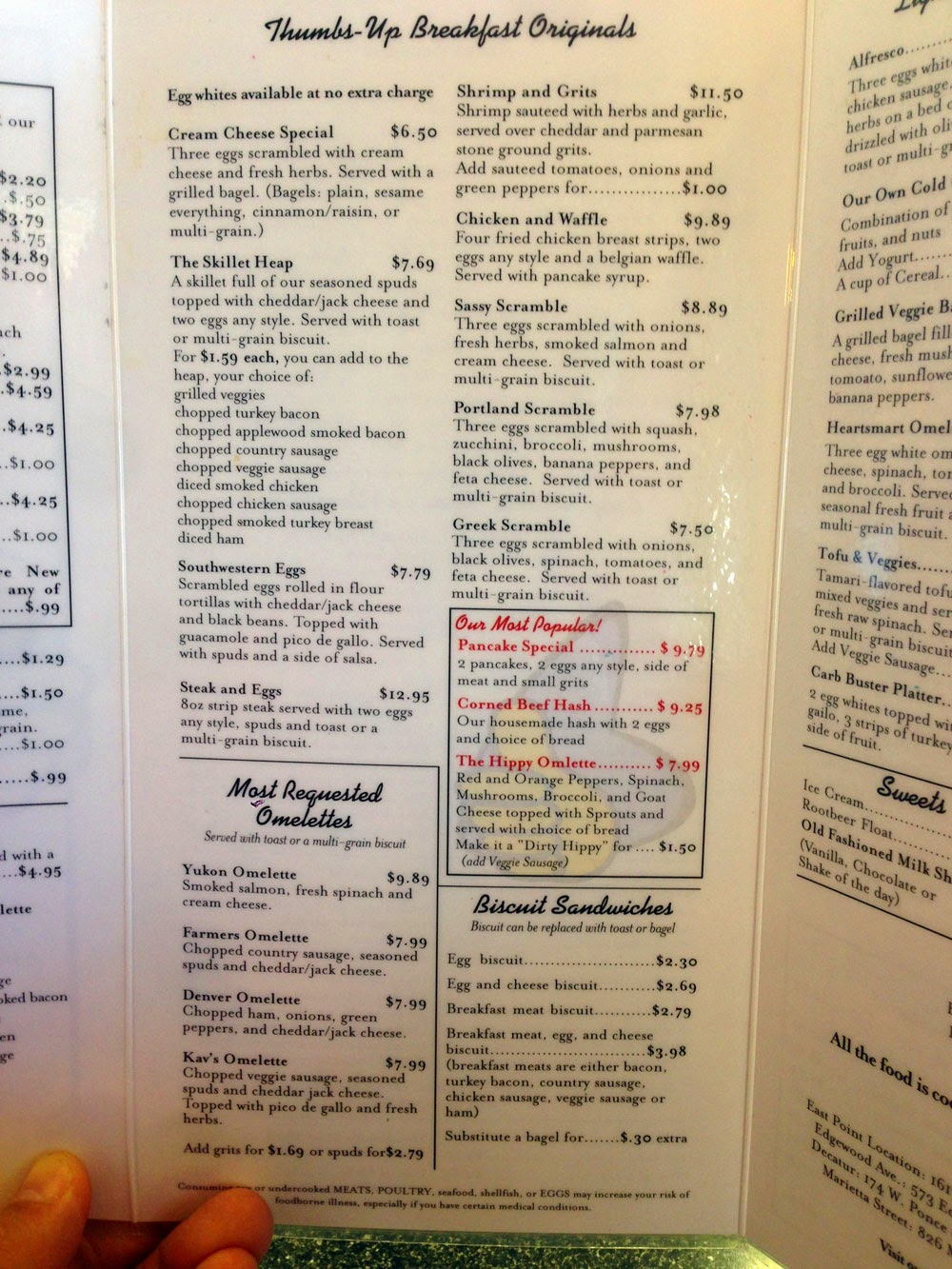 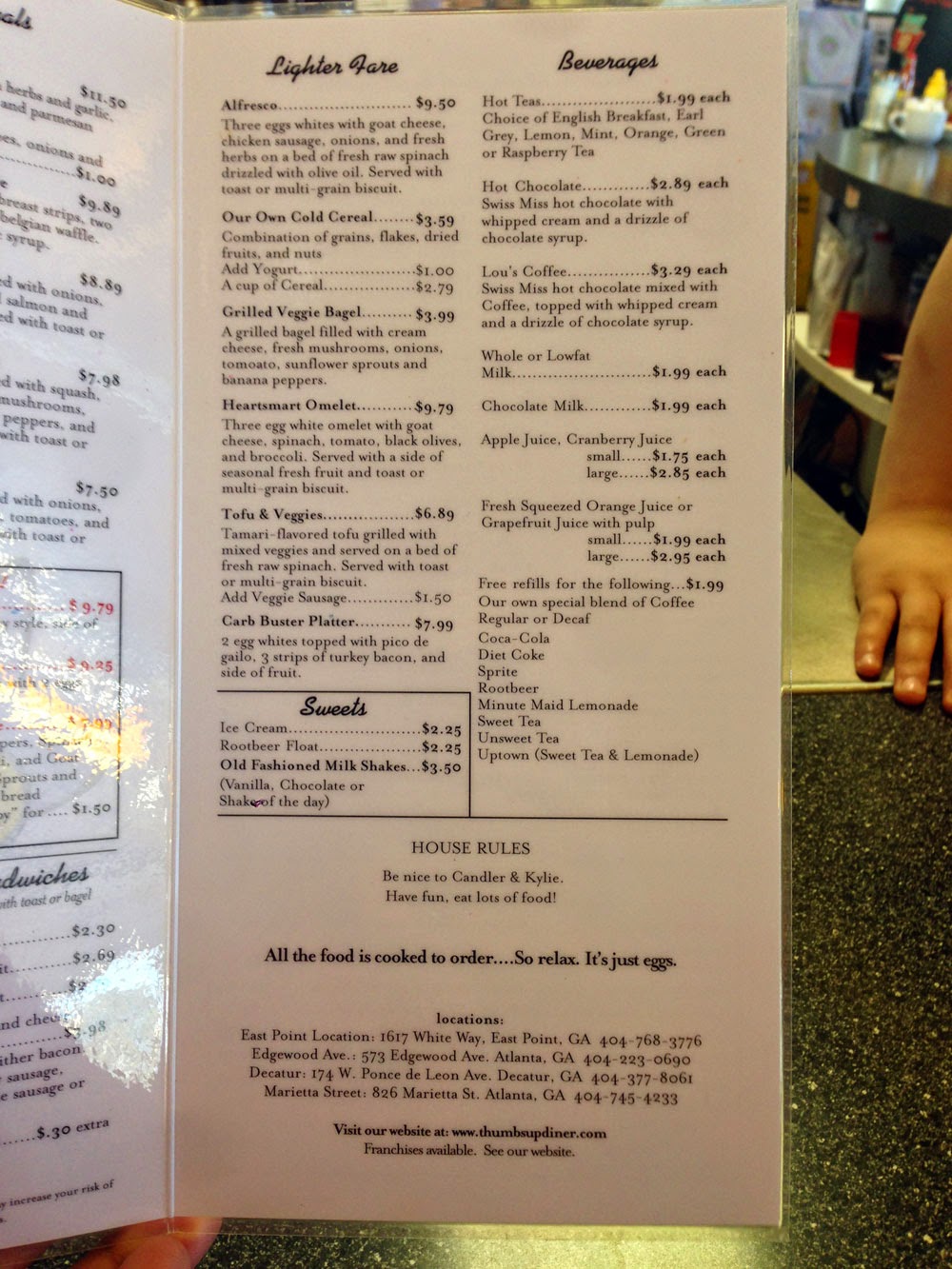 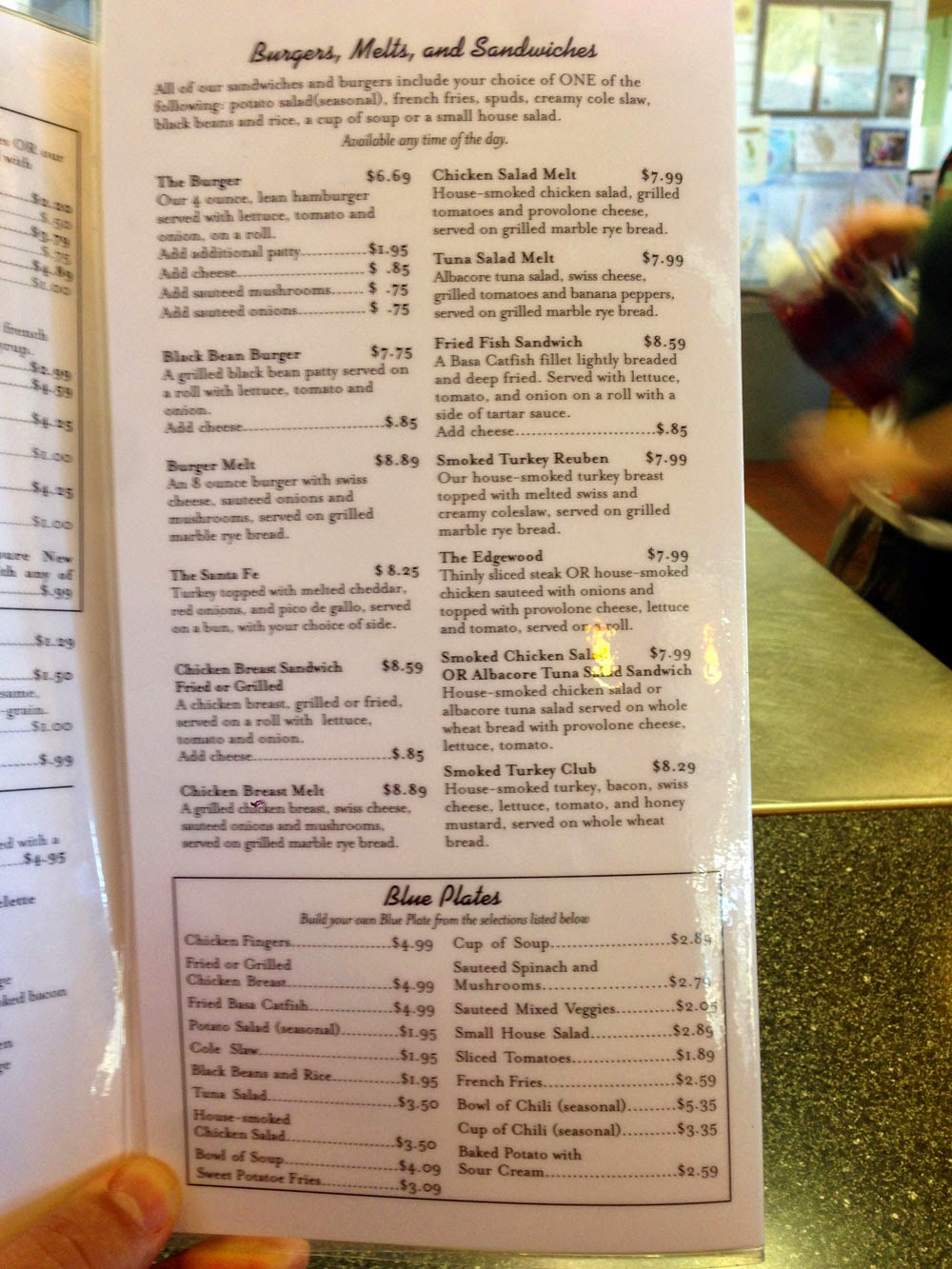 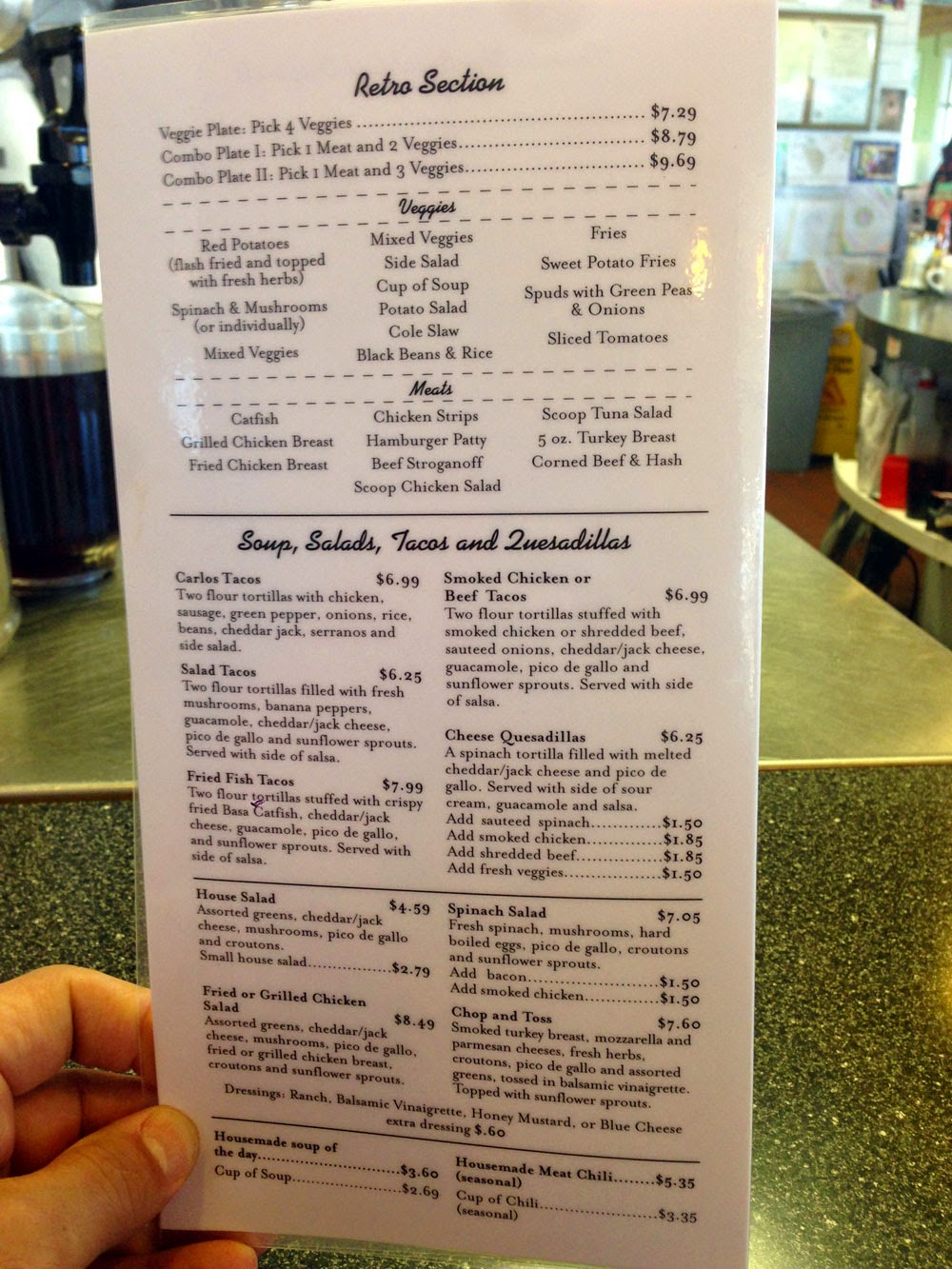 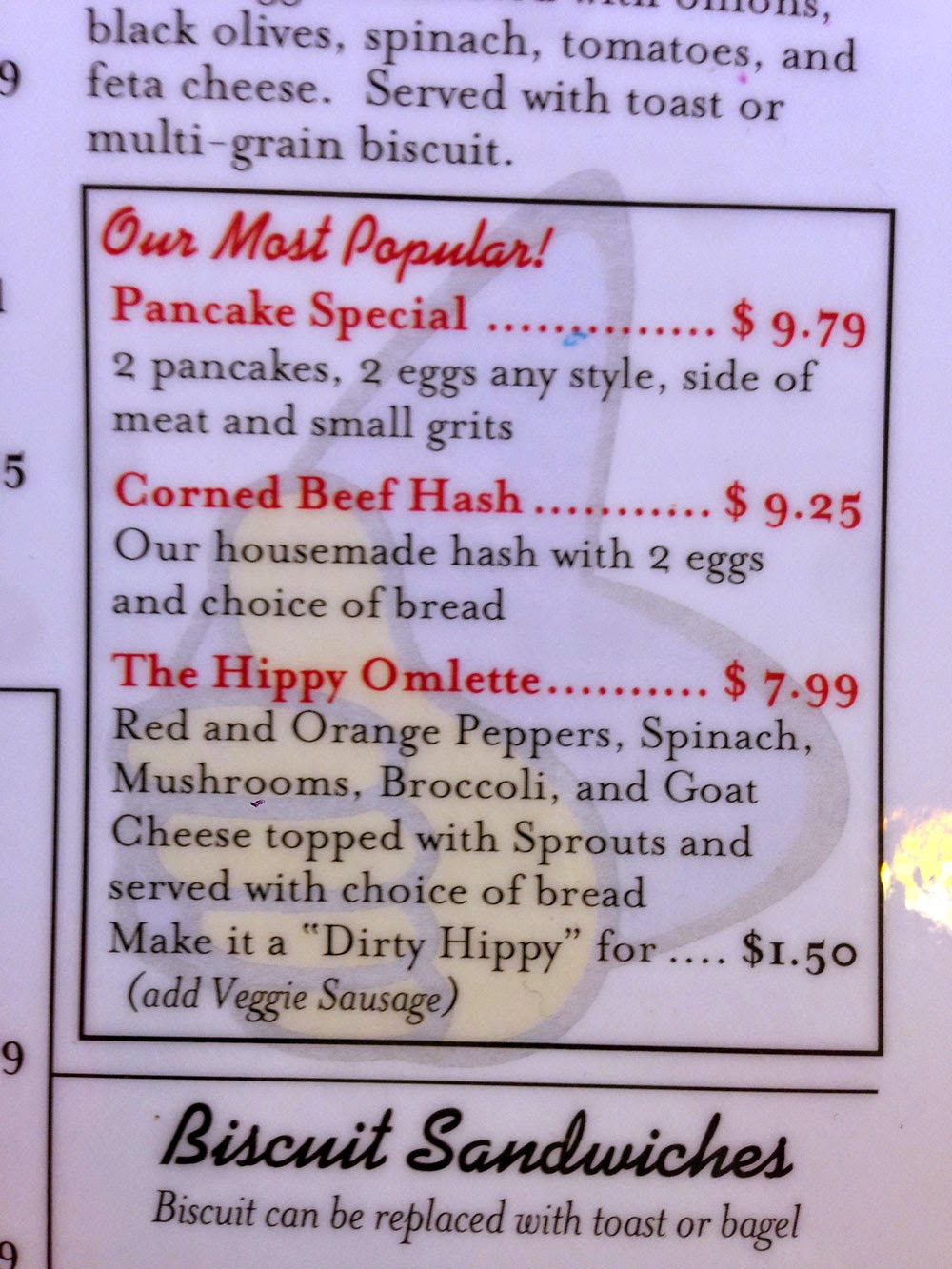 I thought the Hippy Omlette looked interesting and might have gone for that. Instead, after a few minutes I decided to go for the Chicken and Waffles - I've basically made it my goal to seek out this dish and do some comparison. So far the best I've had in Atlanta has been at Bantam and Biddys (the trick is to serve this dish with honey rather than syrup if you're wondering). The version at Thumbs Up did not disappoint - the waffle was cooked to the point of being still-moist but not wet, the over-easy eggs were, in a word "perfect" and the chicken tenders were lightly breaded and fried. You usually don't see eggs on this dish so I was very happy to see them here - also, Thumbs Up has definitely gotten eggs down - I don't know how many breakfast places I've eaten where the eggs just weren't right. An extra star for this! My companions had two very different dishes: the "Carb Buster" and a single French Toast with grits and a side of turkey bacon. I tasted the grits and, as my friend John stated while there "these are more like polenta than grits" in excitement. The grits were infused with herbs and encrusted with cheese - very good. 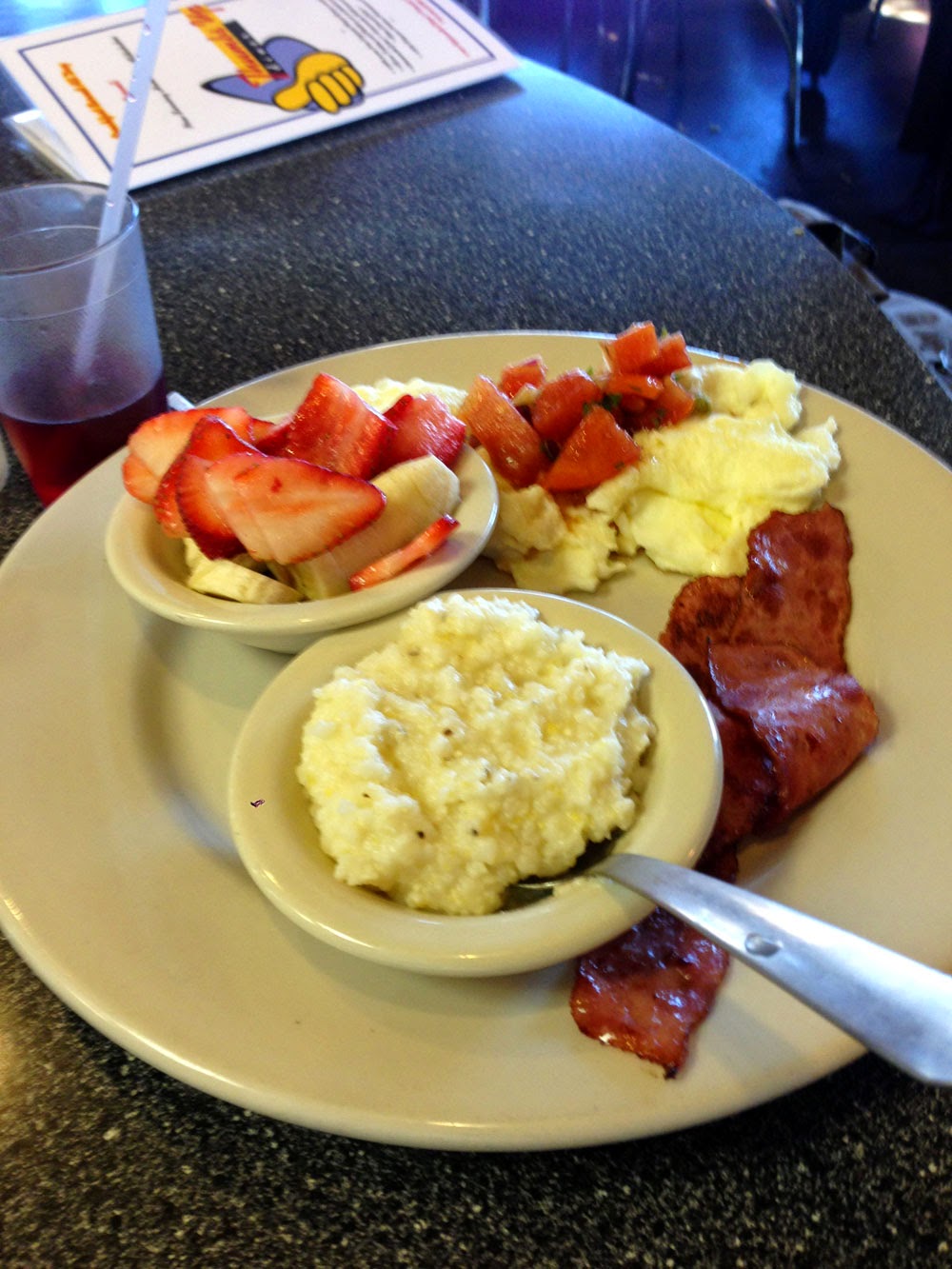 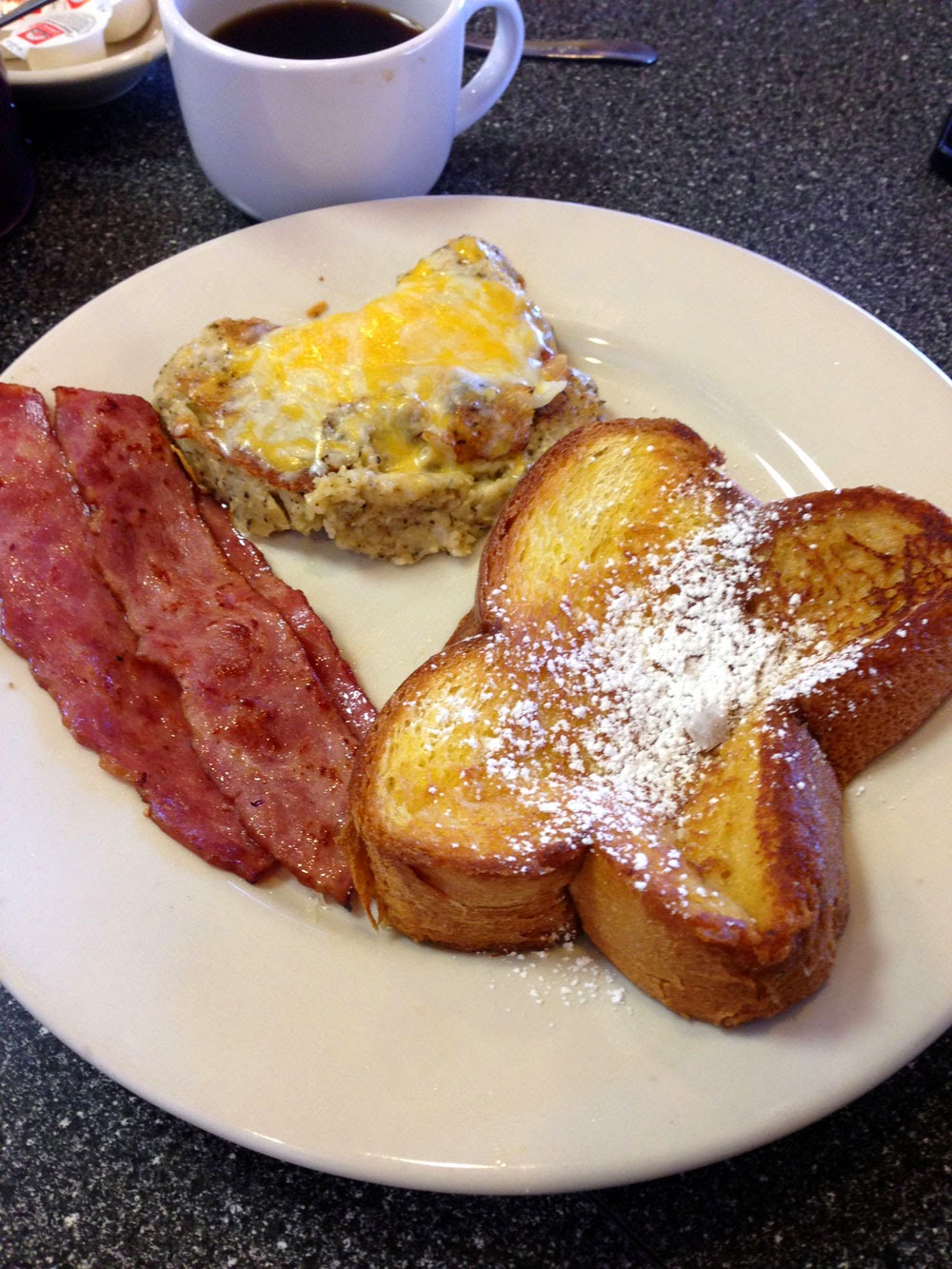 The service was exemplary, at least at the counter with a very attentive server who also manned the register. She was quick to fill water glasses and coffee mugs and did a great job of both answering our questions and making food suggestions. In all we had a great experience. 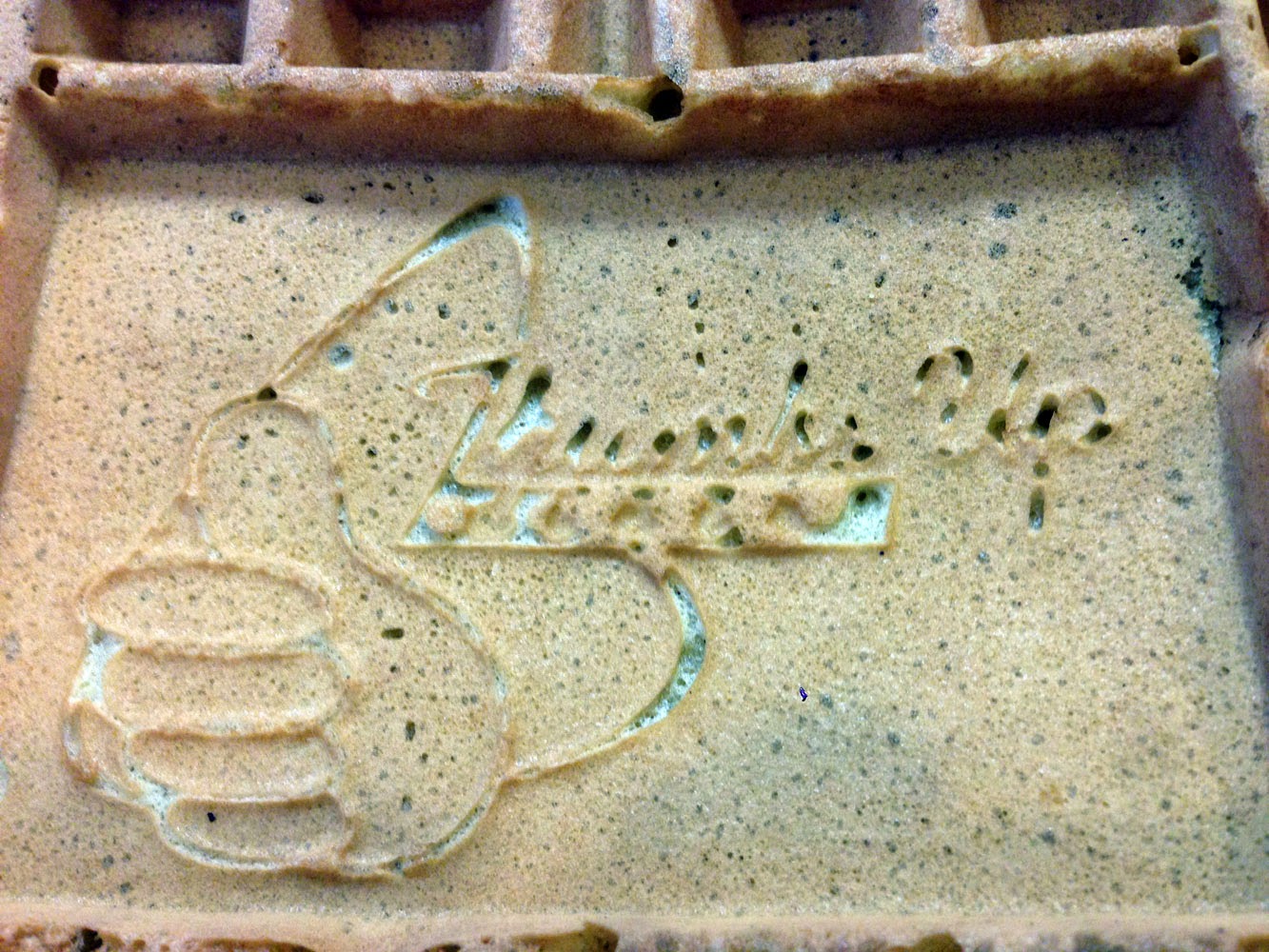