(Shorter review posted to Yelp)
I recently met a bunch of Yelpers at D'Cuban Restaurant on 6200 Buford Hwy, Norcross GA 30071 - this was a UYE (Unofficial Yelp Event) hosted by Daniel B (Daniel has become the king of UYE in Atlanta - I've enjoyed exploring many restaurants with him the past several years). UYEs are basically a way for people on Yelp to coordinate a communal feed of a specific restaurant location at a specific time. The advantage is that groups tend to order many more of the items on the menu and with a bit of sharing, everyone gets to sample many different items, rather than hoping you get the best menu items during a single visit. It also provides a very convivial atmosphere and introductions to people you see at Yelp events that you may not know - think of it as an ice-breaker - in general those who attend Yelp events are very familial due to these UYEs. 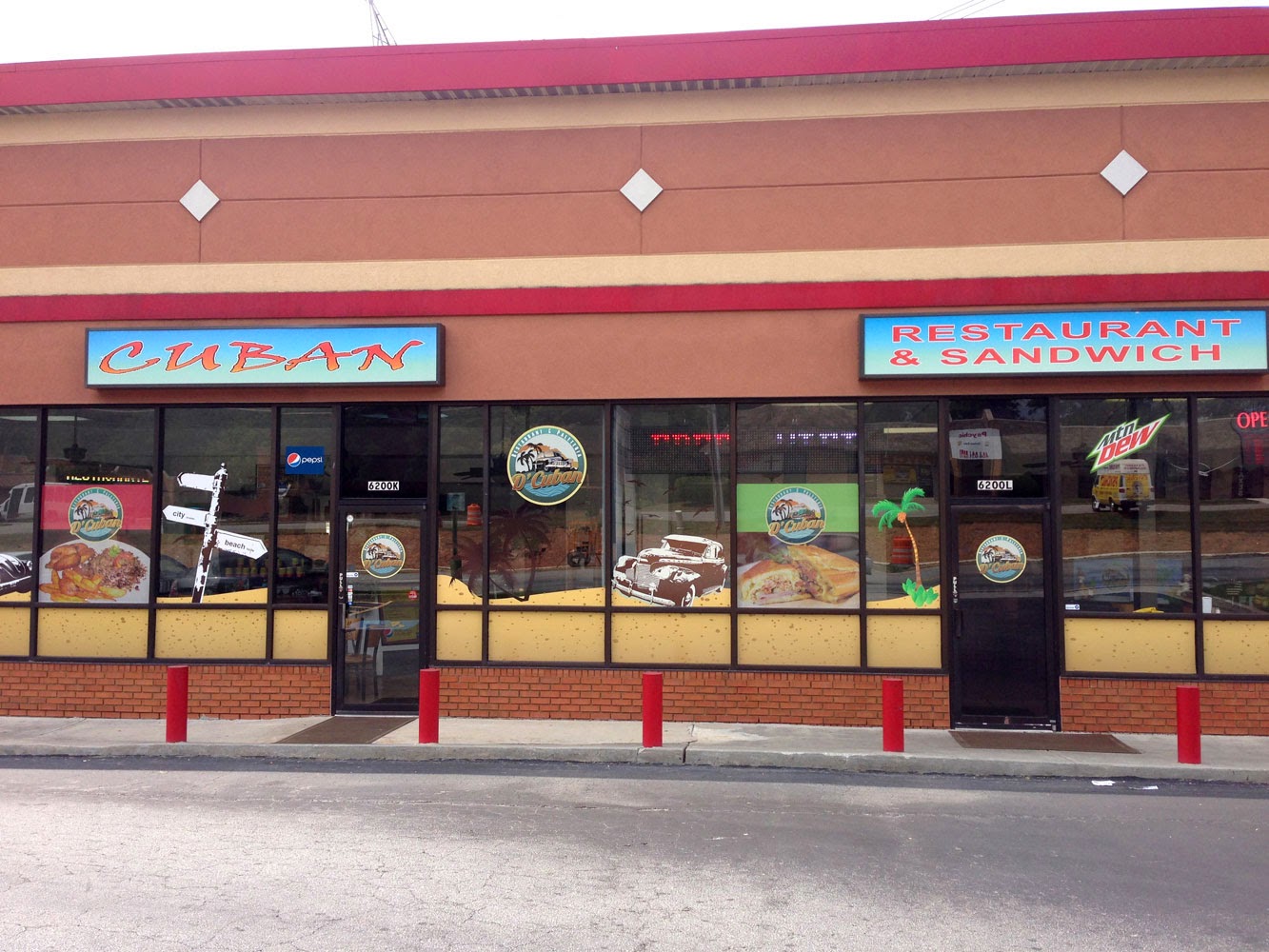 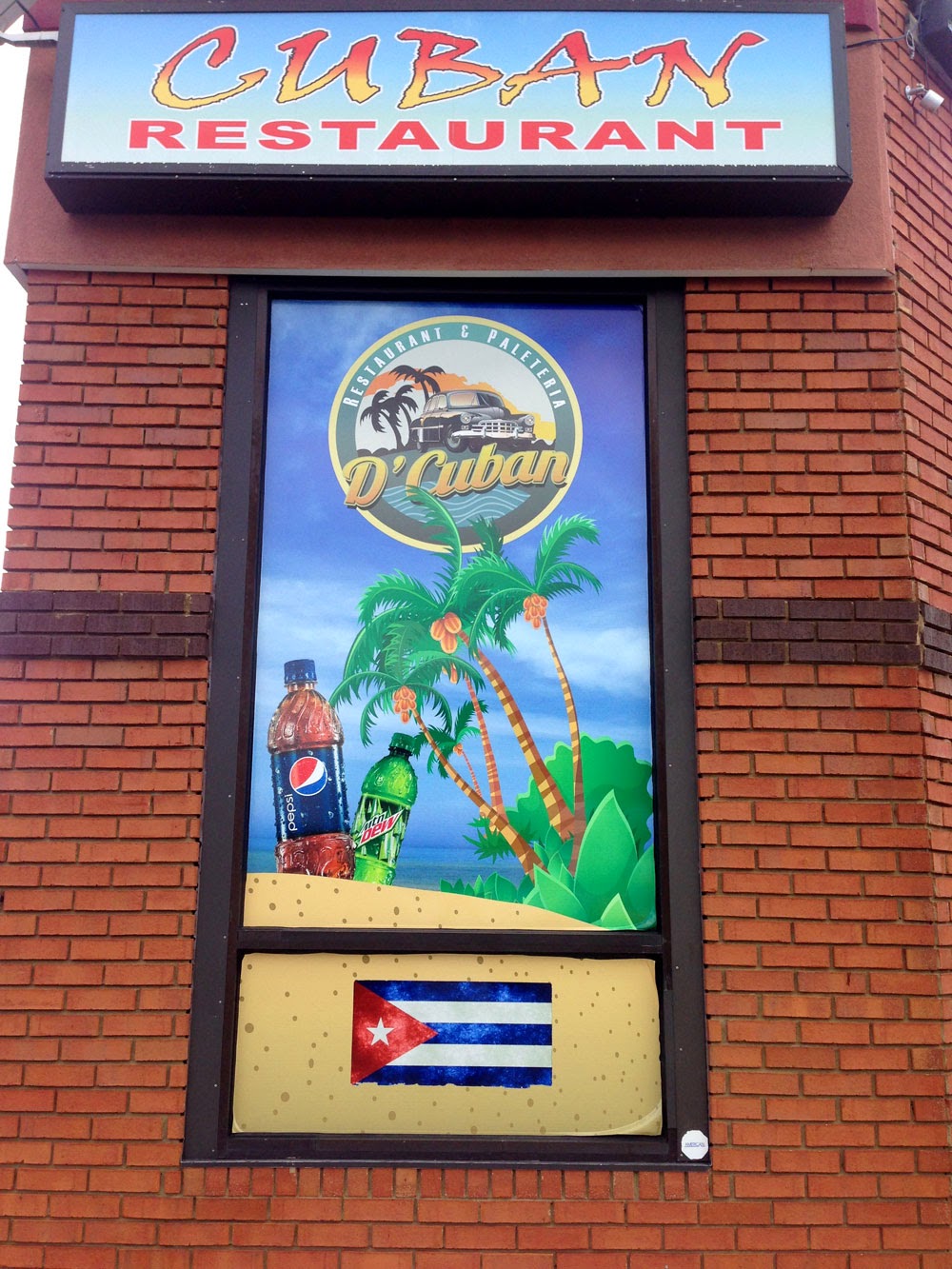 D'Cuban is very conveniently located just South of Jimmy Carter Blvd on Buford Hwy. Coming from I85 head West on Jimmy Carter then turn South on Buford Hwy and travel about a block - D'Cuban is on the left. The building is a bit nondescript in brown brick with "CUBAN RESTAURANT" in red/orange on a faded sky-blue background. The restaurant is very casual and kid-friendly - very open and inviting with views of Buford Hwy - I can imagine it being very busy in the evenings (this UYE was during lunch on a Saturday). 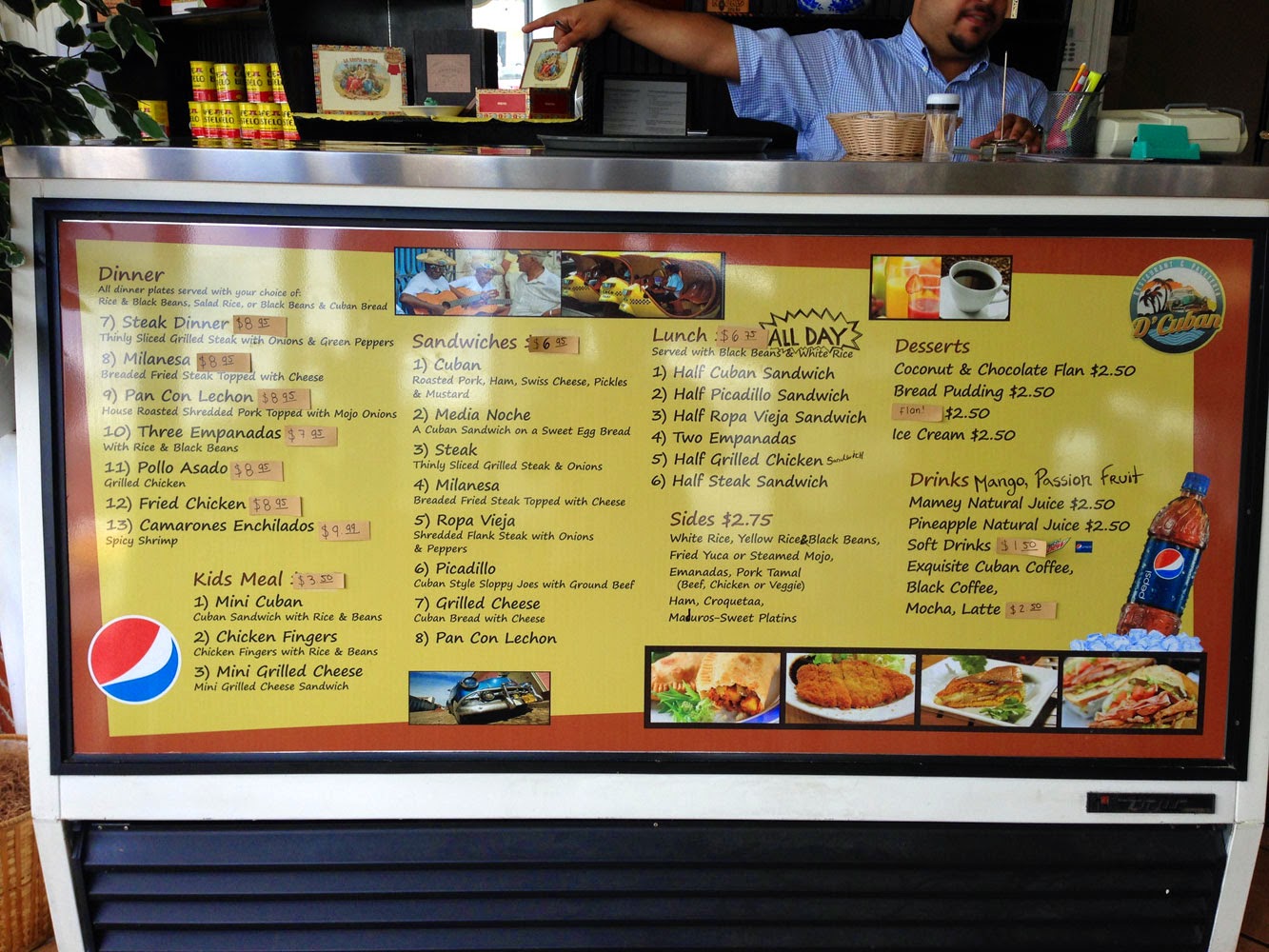 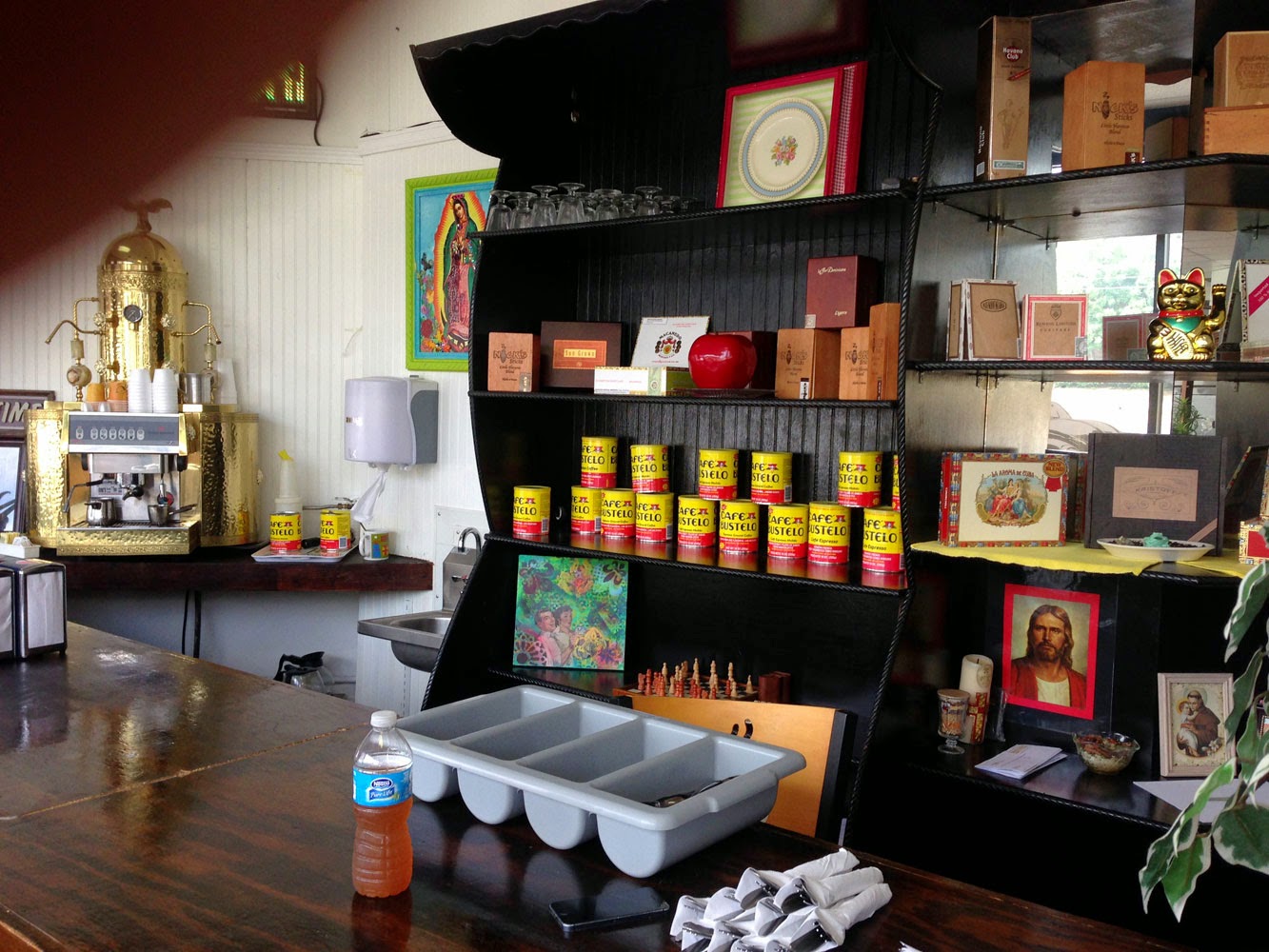 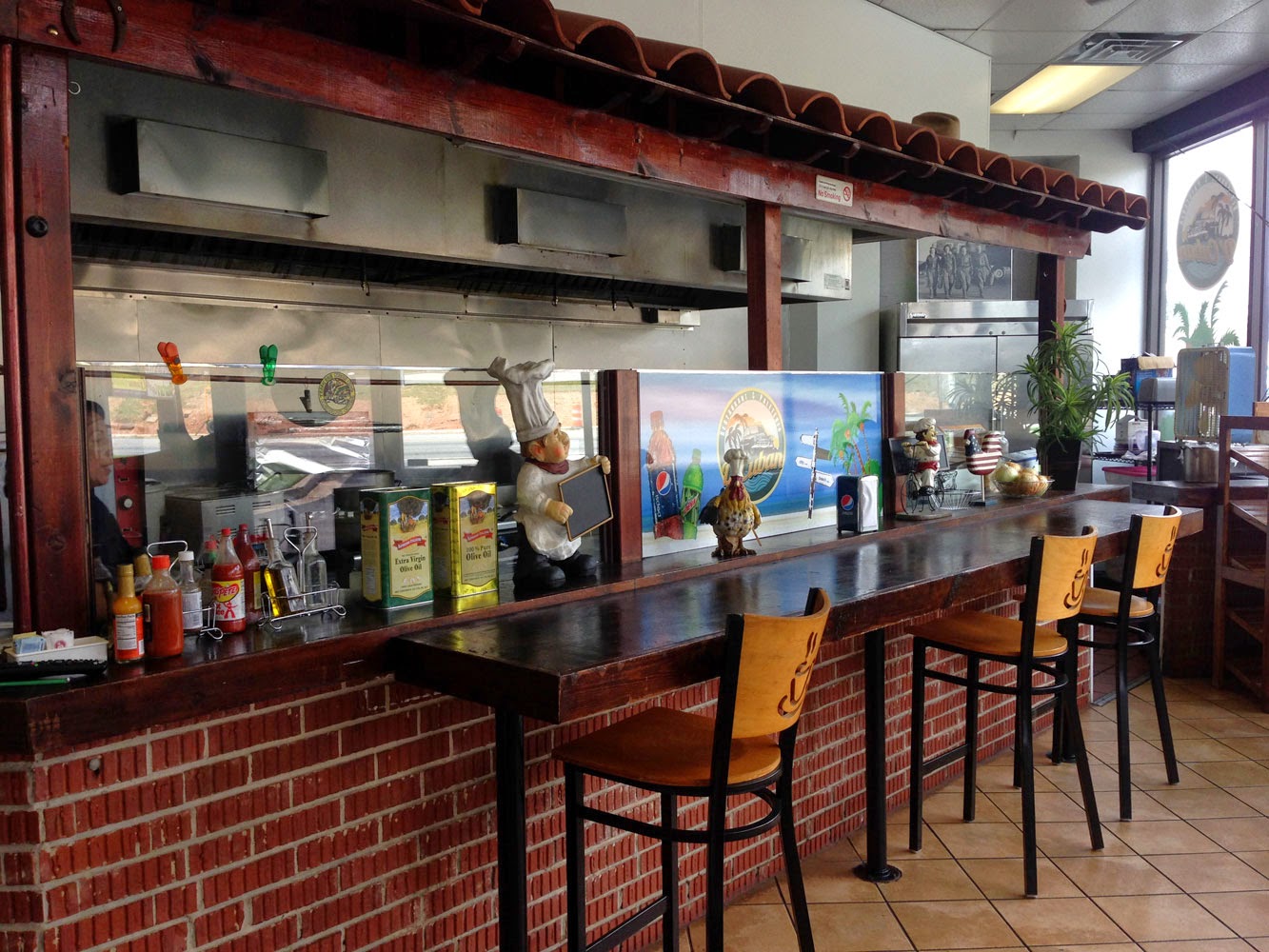 When you walk in you'll see seating to the left and right - the left-side features a menu board below the register and a bar with an espresso machine behind it - to the right is a wooden cabana-like facade where you can see a bit of the kitchen. We took up a large group of tables on the left - I believe there were 14-15 of us sharing appetizers and entries, along with the wonderful Cuban coffee. If you haven't tried Cuban coffee before, it's a bit different from what you might expect - the espresso is foamy and served in a demitasse cut and very sweet (you typically see a bit of sugar coating the bottom when you're done). I usually quaff this down quickly before getting on with the rest of the meal, then order another to finish up - the coffee at D'Cuban is exceptional and brings back memories of Miami for me. 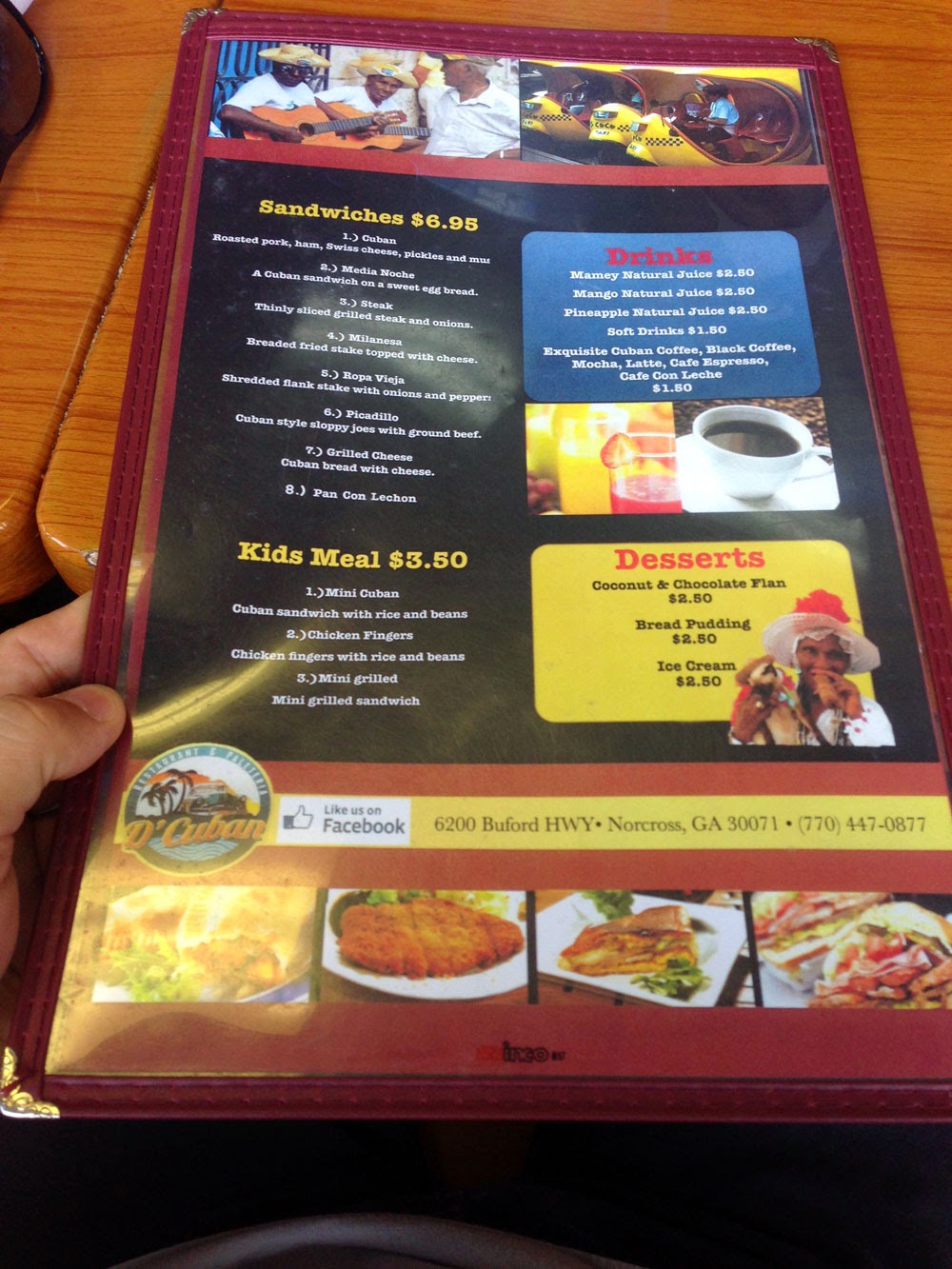 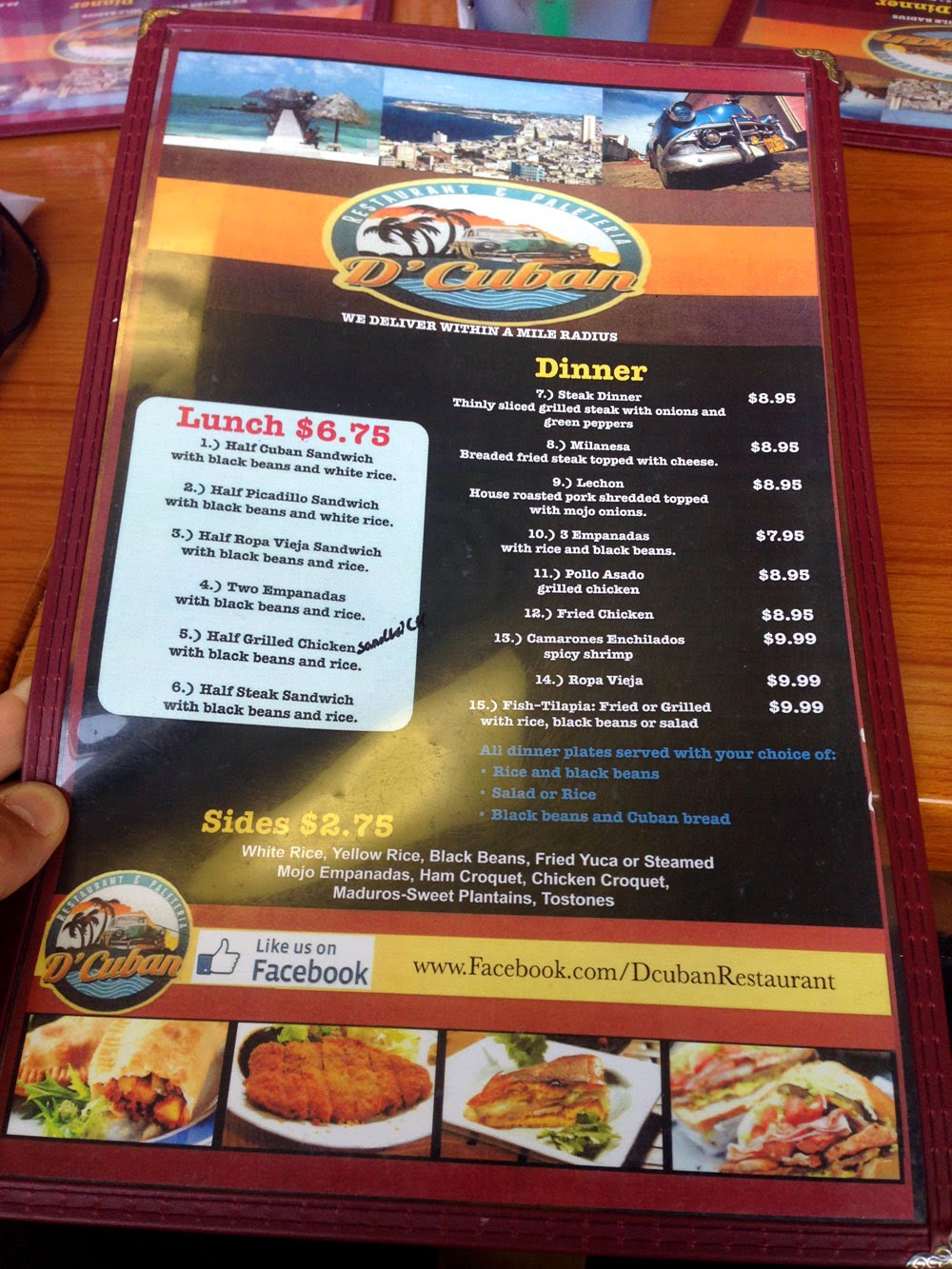 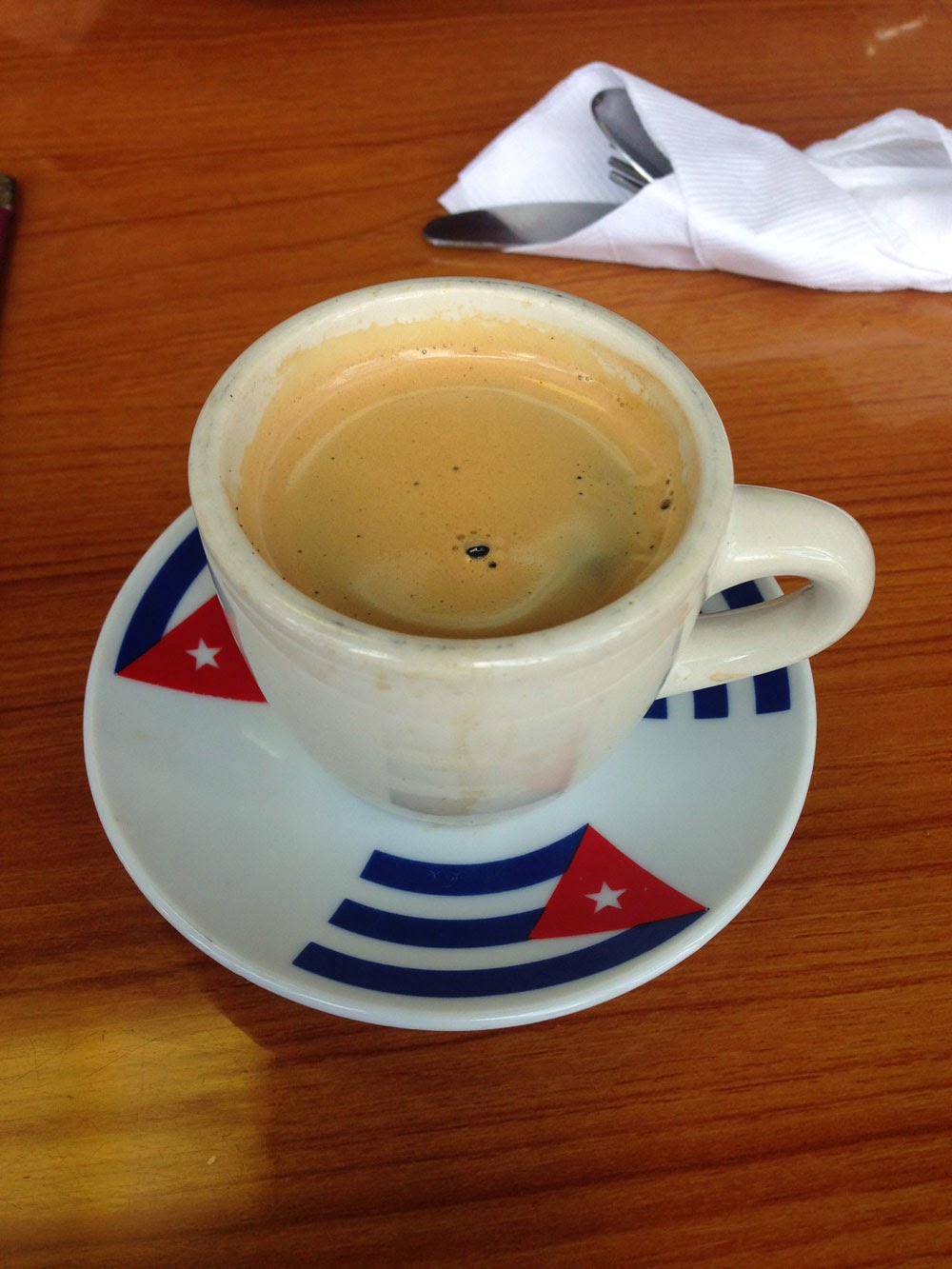 The menu is relatively short with Sandwiches, Drinks and Desserts on one page (along with Kids Meals) and Dinner plates on the flipside, along wit Lunch Specials. The prices are super-reasonable with sandwiches at $6.95, lunch items at $6.75 and the more expensive plates (like Ropa Vieja) at $9.99. I ordered a few empanadas to get things rolling - they have both beef and cheese (non-meat option!). Both were quite good with a bit more spice in the beef empanada (not hot, more savory) - also the dough was quite flaky which is a change from those I've tried via other cuisines. These were served with a garlic sauce that really made them exceptional. 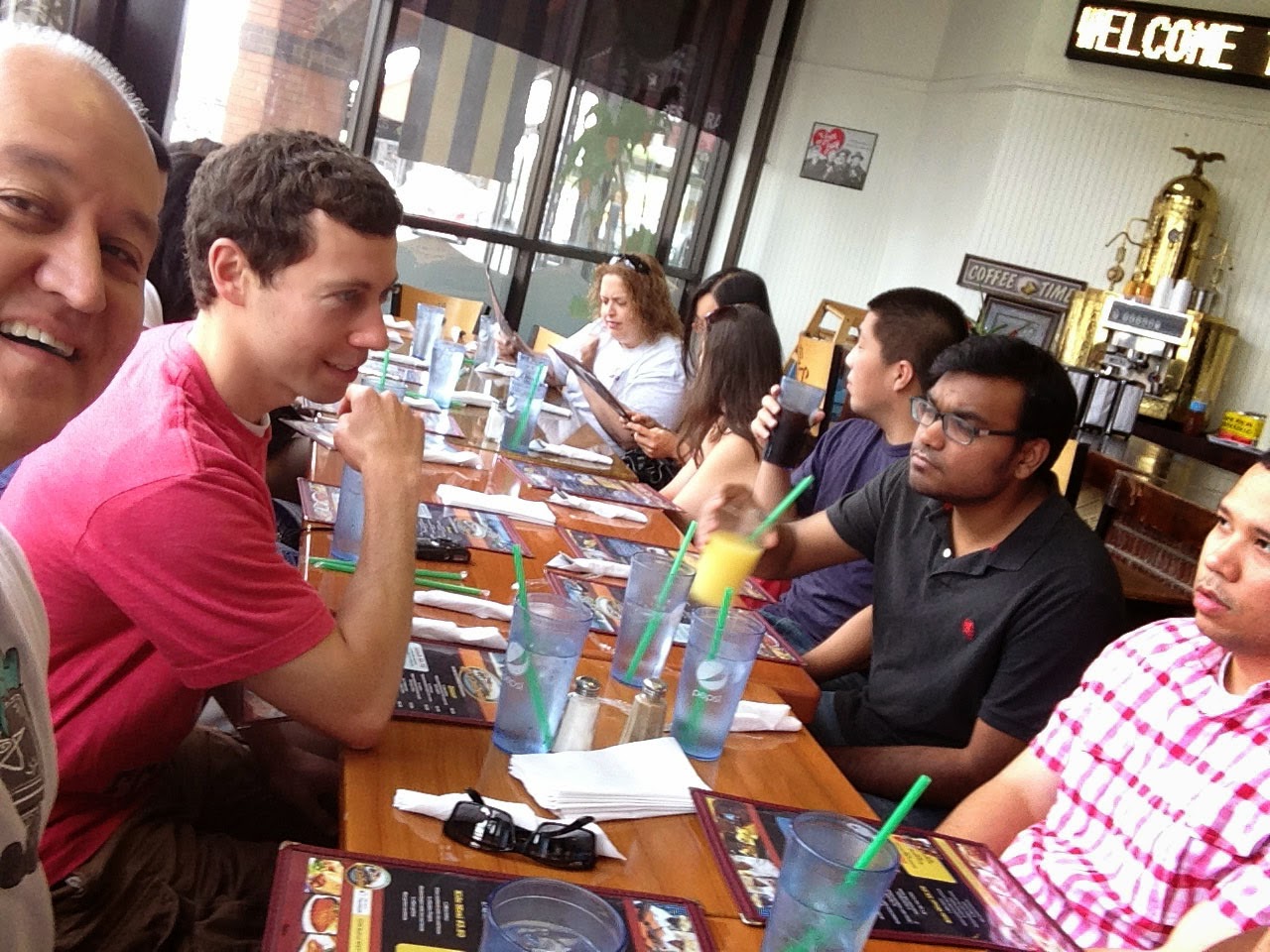 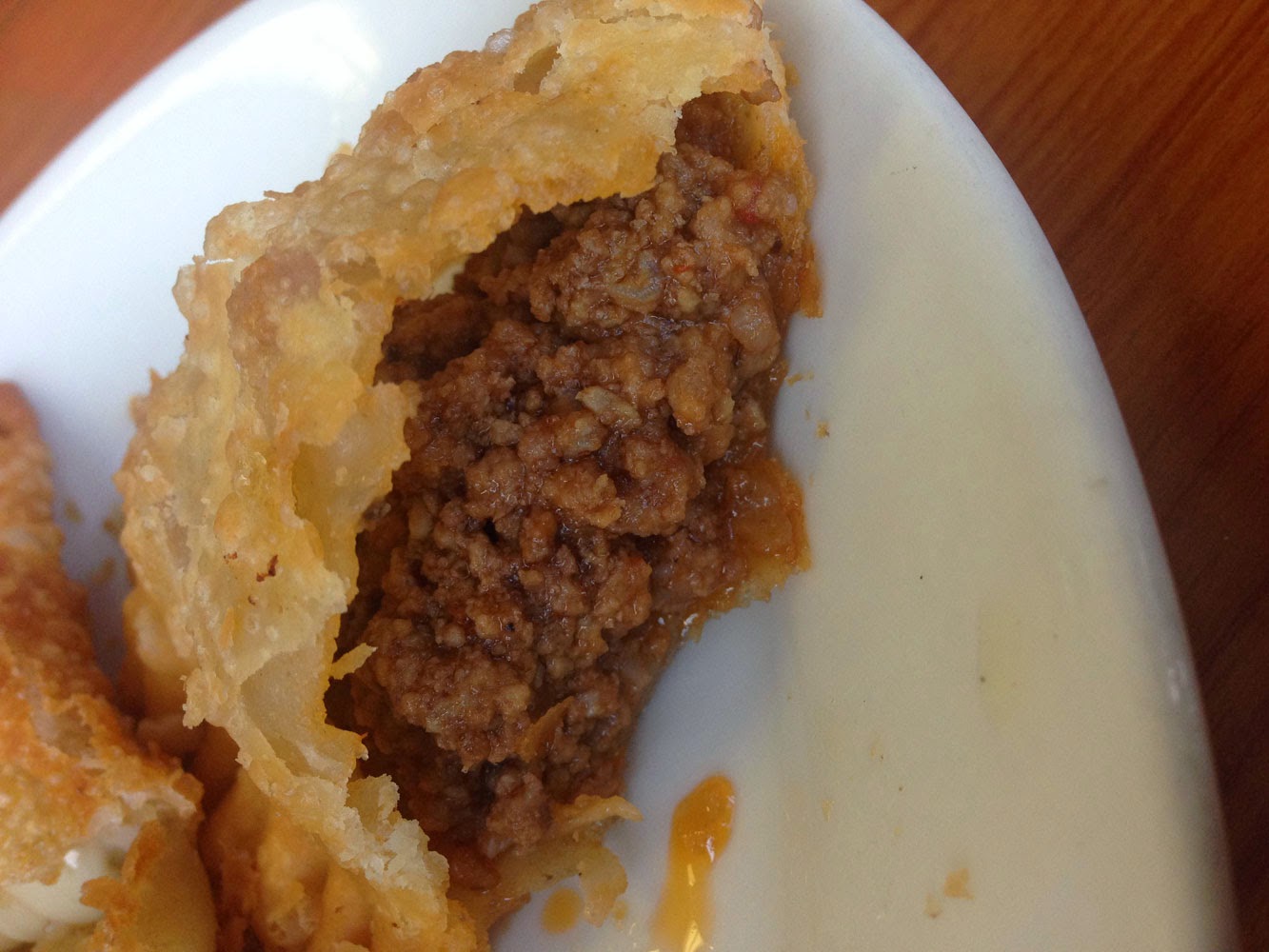 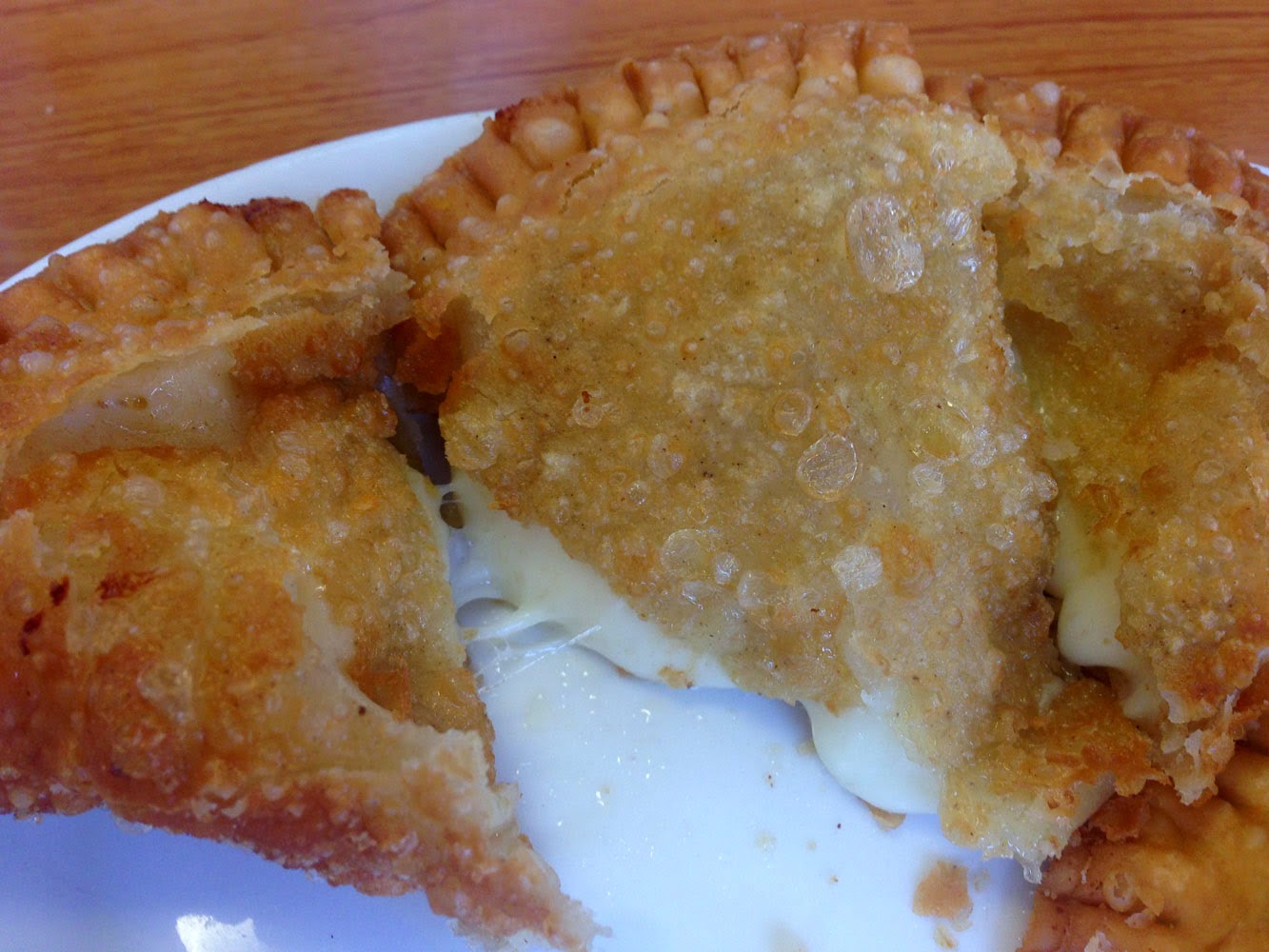 I ordered half a Cuban sandwich (roast pork and ham with cheese and pickles, spicy mustard on that famous Cuban bread - crusty/toasy on the outside) - this came with black beans and a really delicious white rice (the rice was suffuse with garlic and quite good) - I could make a meal from the rice and beans alone. I also ordered some maduros (sweet pan-fried plantains) and a side of congris (rice cooked with beans and bacon!) - all very good and recommended if you aren't familiar with Cuban cuisine. I usually opt for the congris instead of the white rice but frankly, the white rice here is so good that I think it's better than the congris. 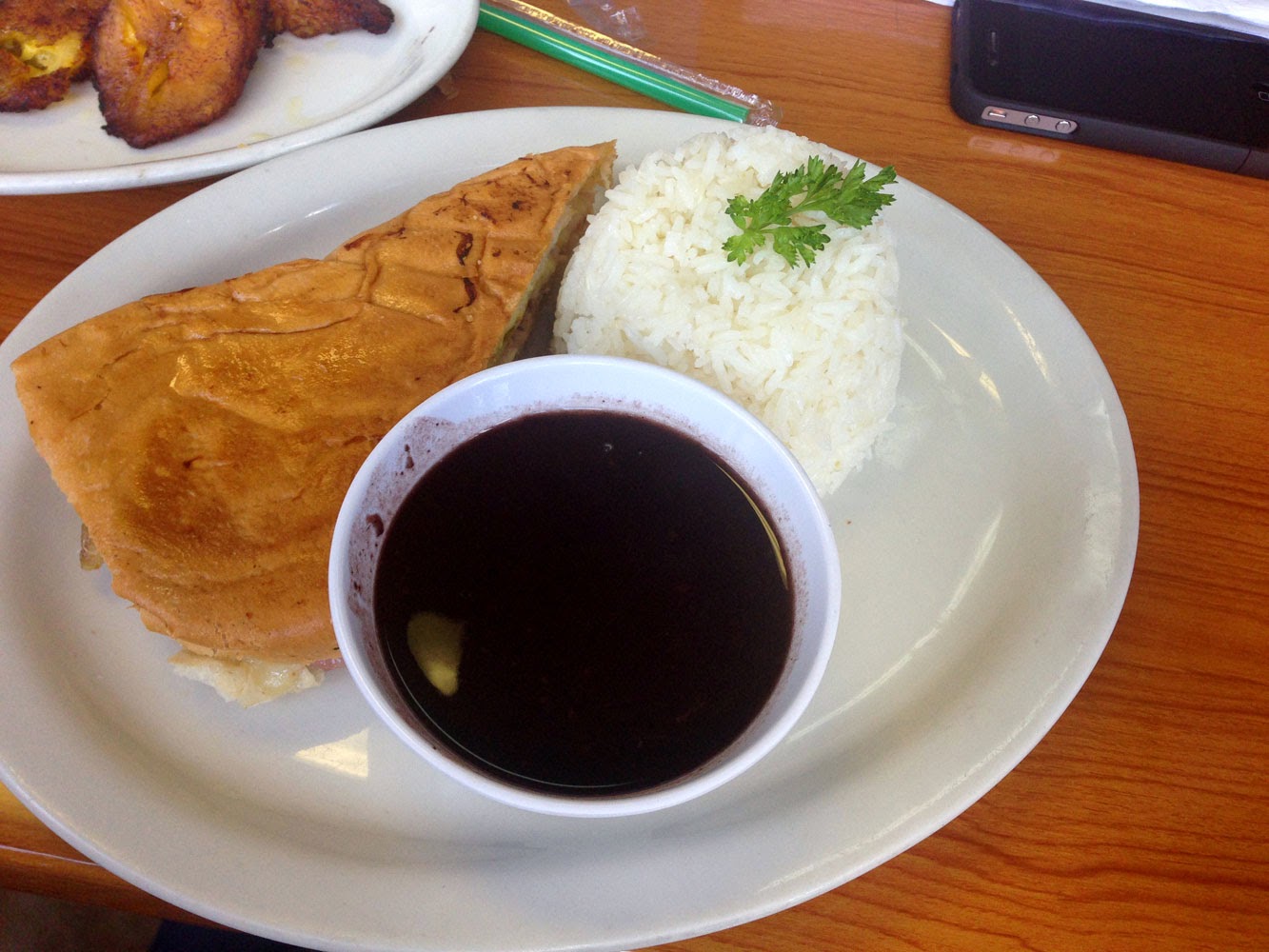 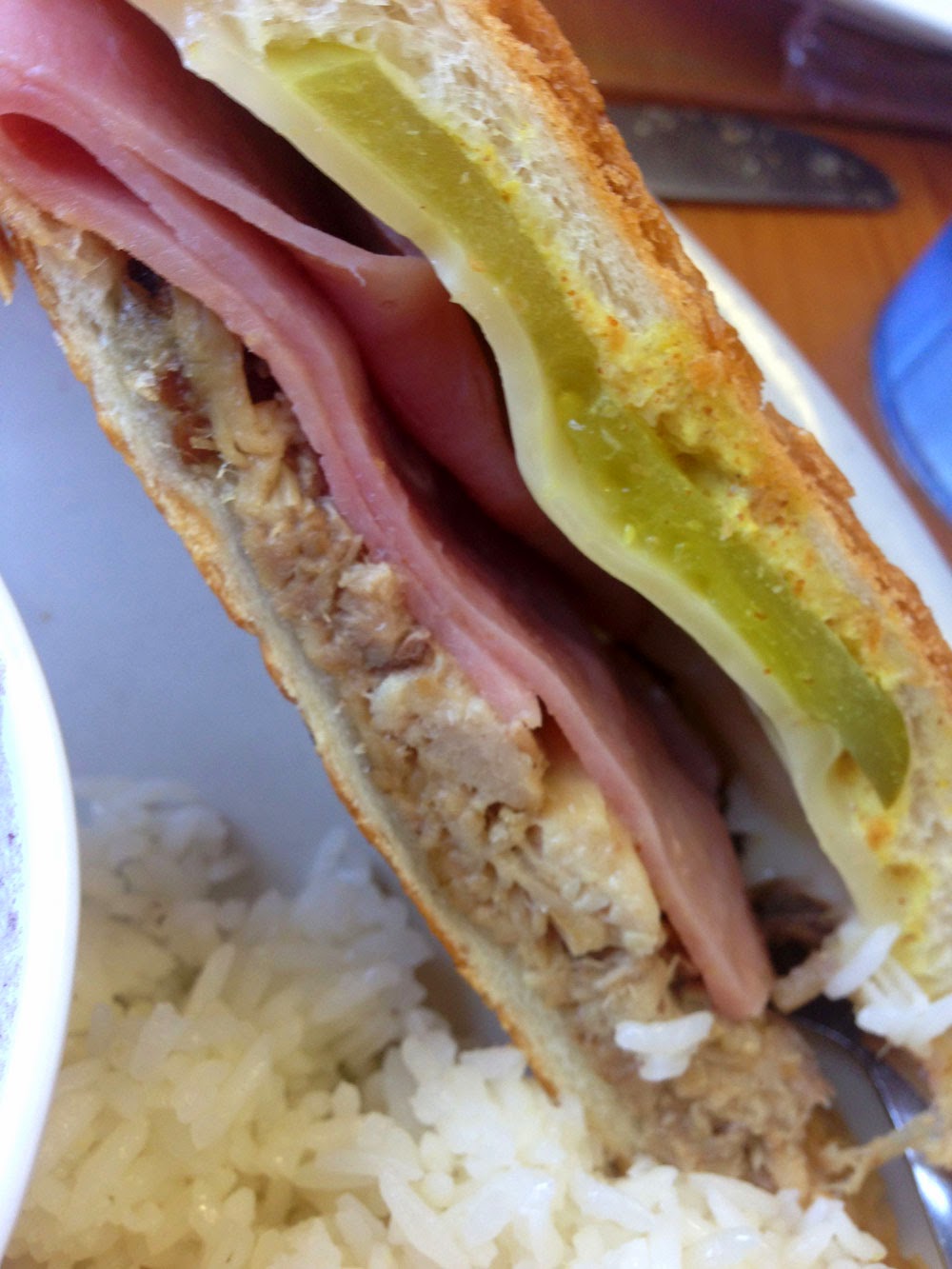 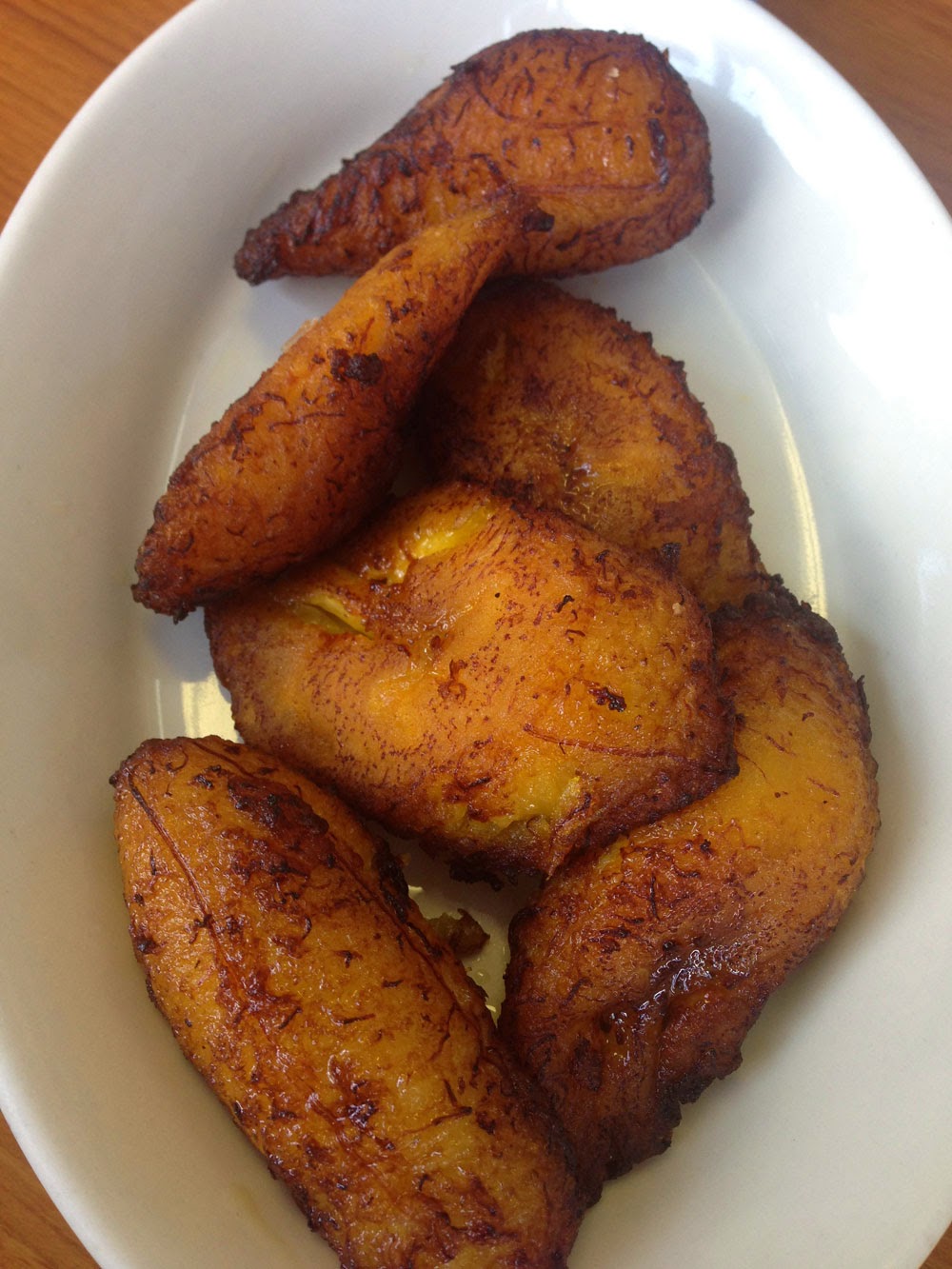 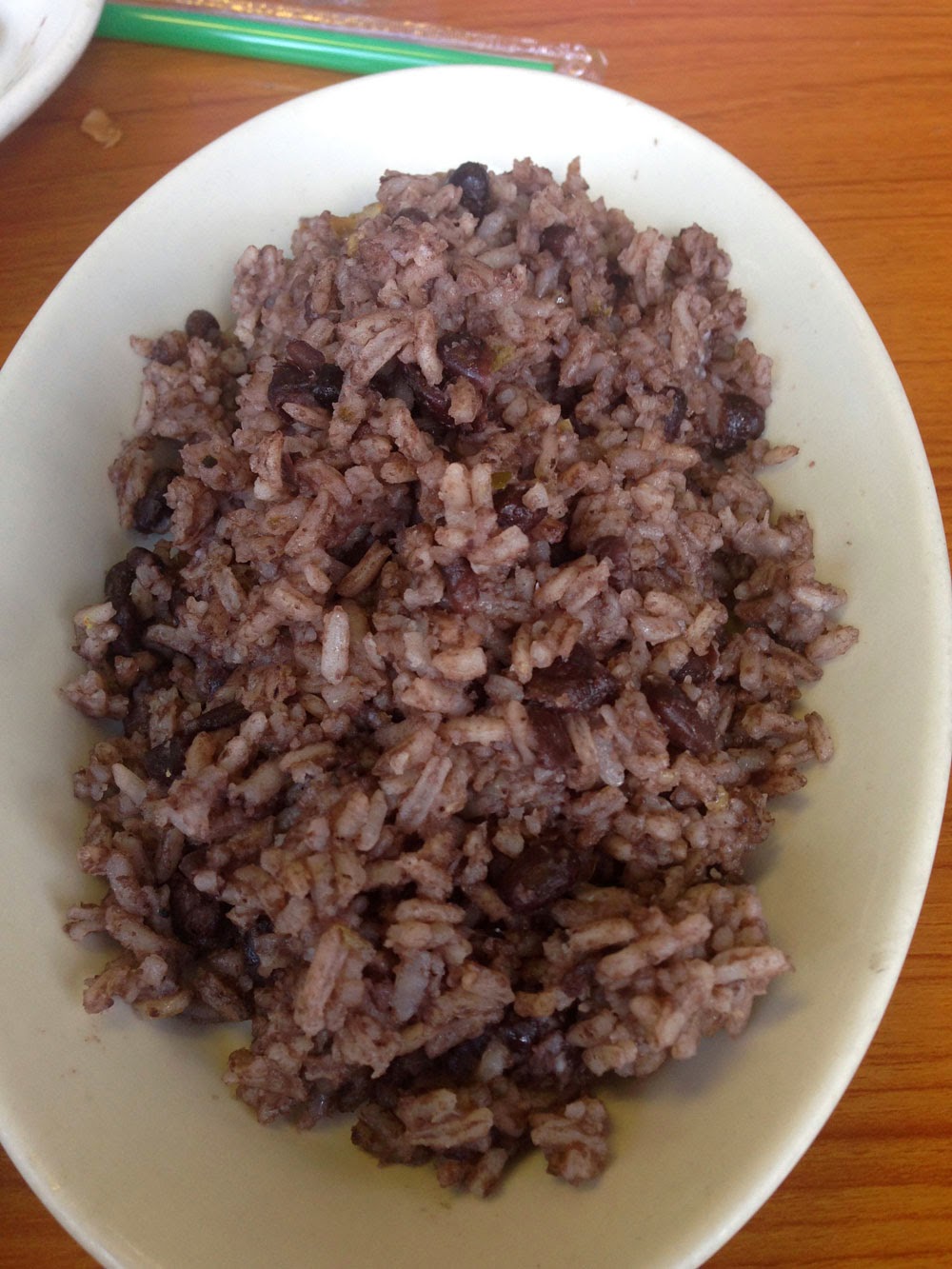 They have a few seafood options - in particular the Camarones Enchiladas looked interesting - and some chicken options (both Fried Chicken and Pollo Asado) besides the usual beef and pork options. For me, Cuban is all about the roasted pork - everything else seems incidental, but these other meats provide some options for those who don't eat pork. I did not see any alcohol but did see some of the sweeter sodas like Iron Beer behind the glass drink case.

I believe everyone really enjoyed the food (saw some other 4 and 5 star reviews). I think I actually like Papi's slightly more but that may be due to there being a bit more variety there (I'm especially fond of the vaca frita and the jerk chicken there), however I'll be returning to D'Cuban as it's more convenient to my home. I asked about vaca frita at D'Cuban and the owner/manager? Lucas indicated that they could make it - it just wasn't on the menu, so that's what I'll be ordering the next time. Oh, and more coffee! 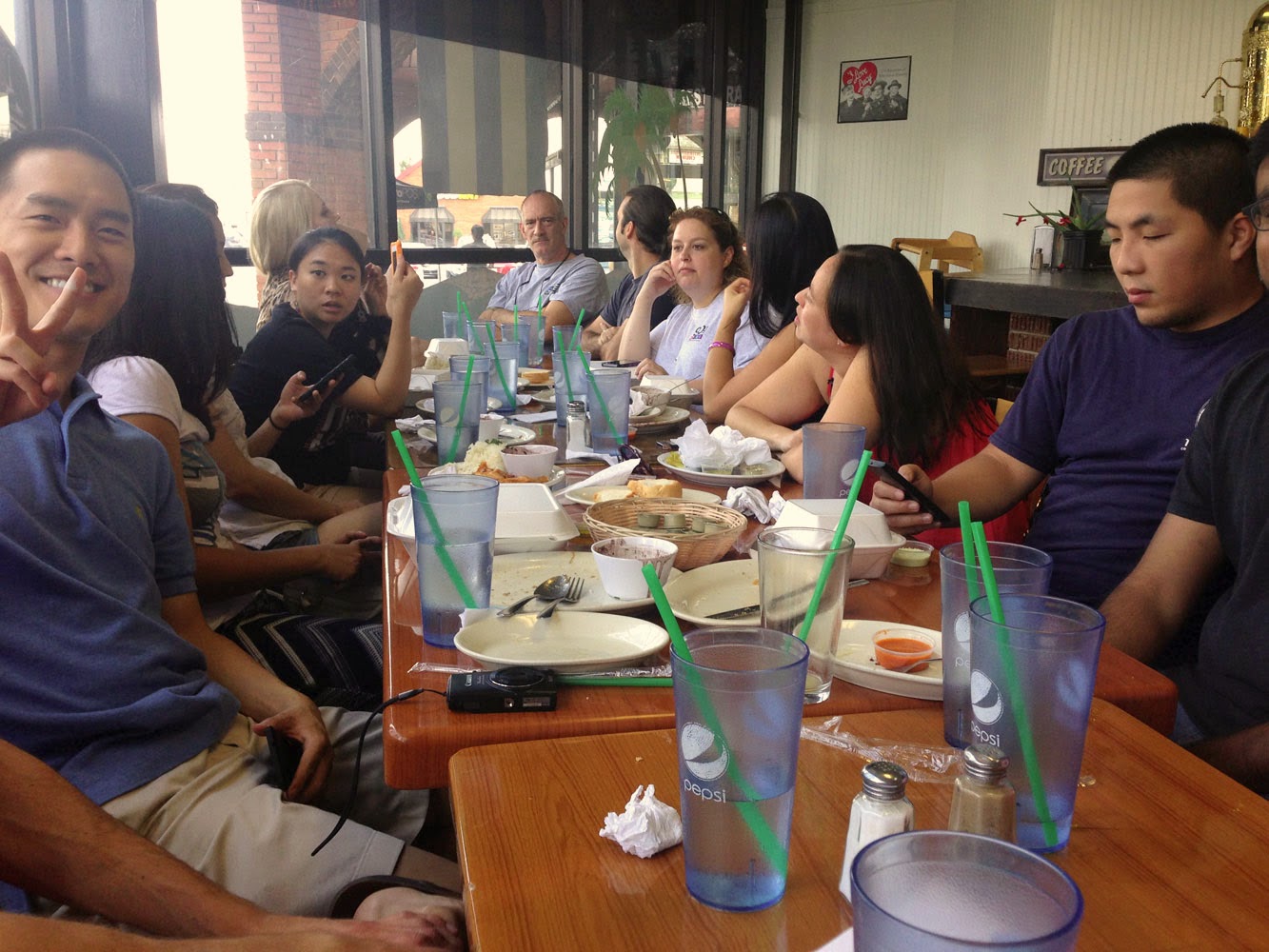 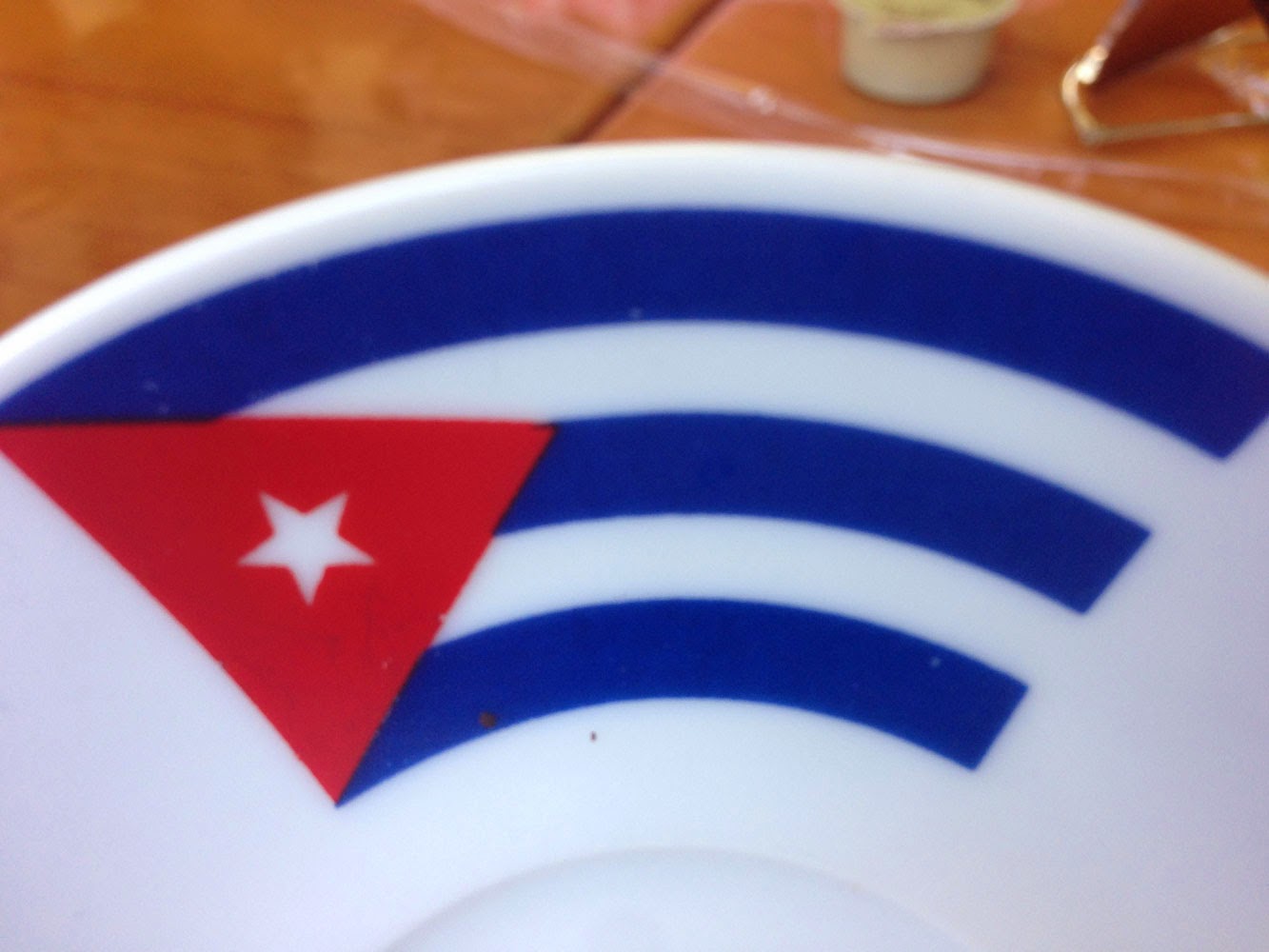 A single waitress - Gabby - held court for the entire group and she did a fantastic job - always there to answer our questions and filling glasses. We did get backed up on the espresso at one point but making Cuban coffee a single cup at a time, this was to be expected (you can't rush perfection, right?).