(a shorter version of this review also posted to Yelp)
Watershed on Peachtree is the seventh of nine stops (almost there!) as part of "Eat the Peachtree 2014" - I called it the "Peachtree Road Crawl" in my Twitter and Facebook posts as the event was going on. Locate all the posts along with an intro if you search my blog with ETP2014. We walked from restaurant to restaurant in search of the best flavors and drinking venues in Atlanta, while enjoying the same sights as you would while running the Peachtree Rd Race.

Continuing from Hollman and Finch we walked into the Northern-most part of Midtown to Watershed on Peachtree. We walked quite a way with Piedmont Hospital part of the scenery - there's an awesome modernist building I didn't recall ever noticing before - the T. Harvey Mathis Rehabilitation and Fitness Center on the Eastern side of Peachtree Rd. 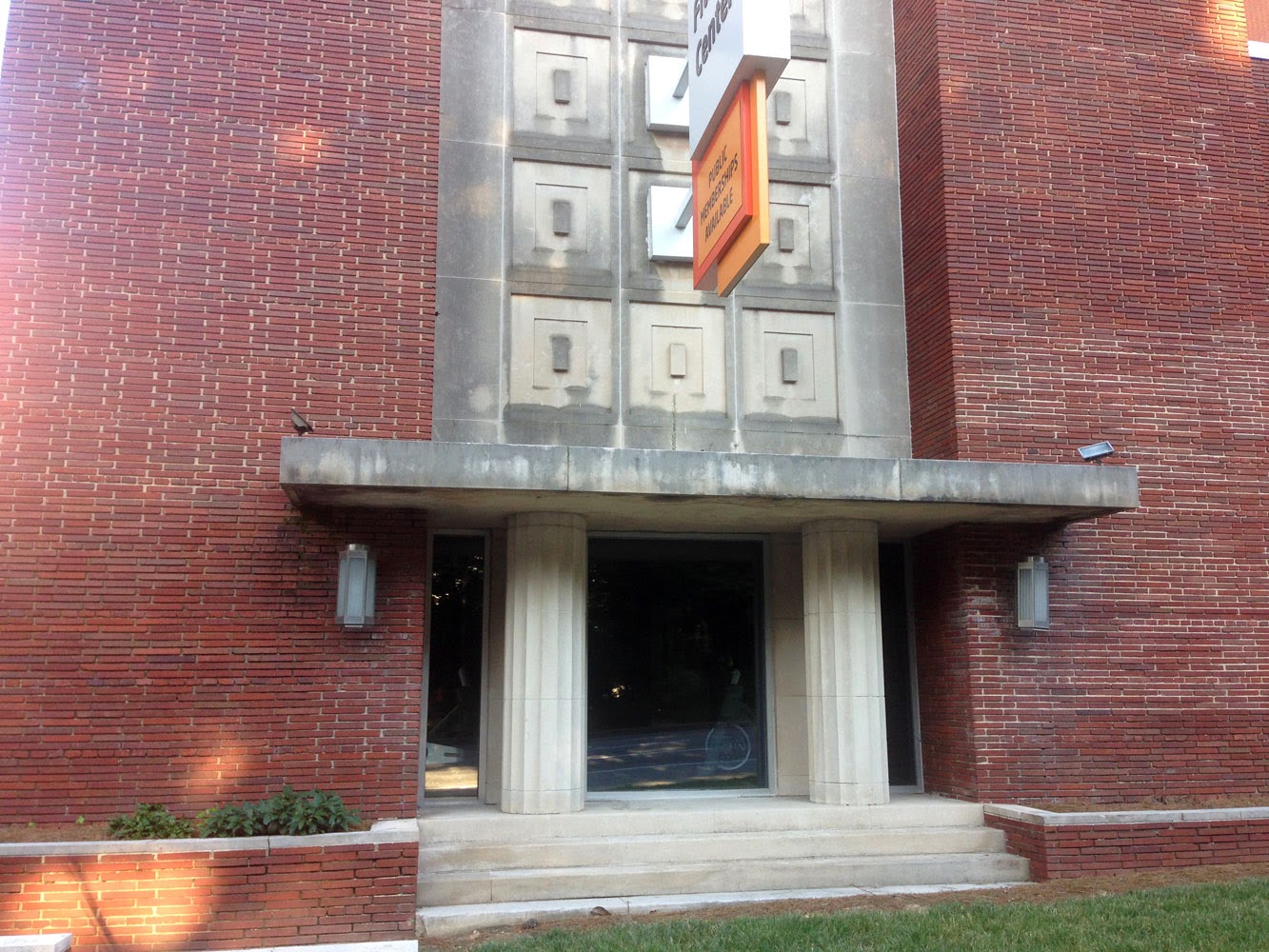 Watershed on Peachtree is located at 1820 Peachtree Rd NW just below Collier Rd and 28th St (I'm not sure if it's considered Buckhead, Peachtree Battle or if it's Mid-Town - it's basically right in the transition). I've been in this restaurant before but haven't really spent any time here - I have frequented the location in Decatur (which moved here I believe) so had some familiarity with the menu and the great food. 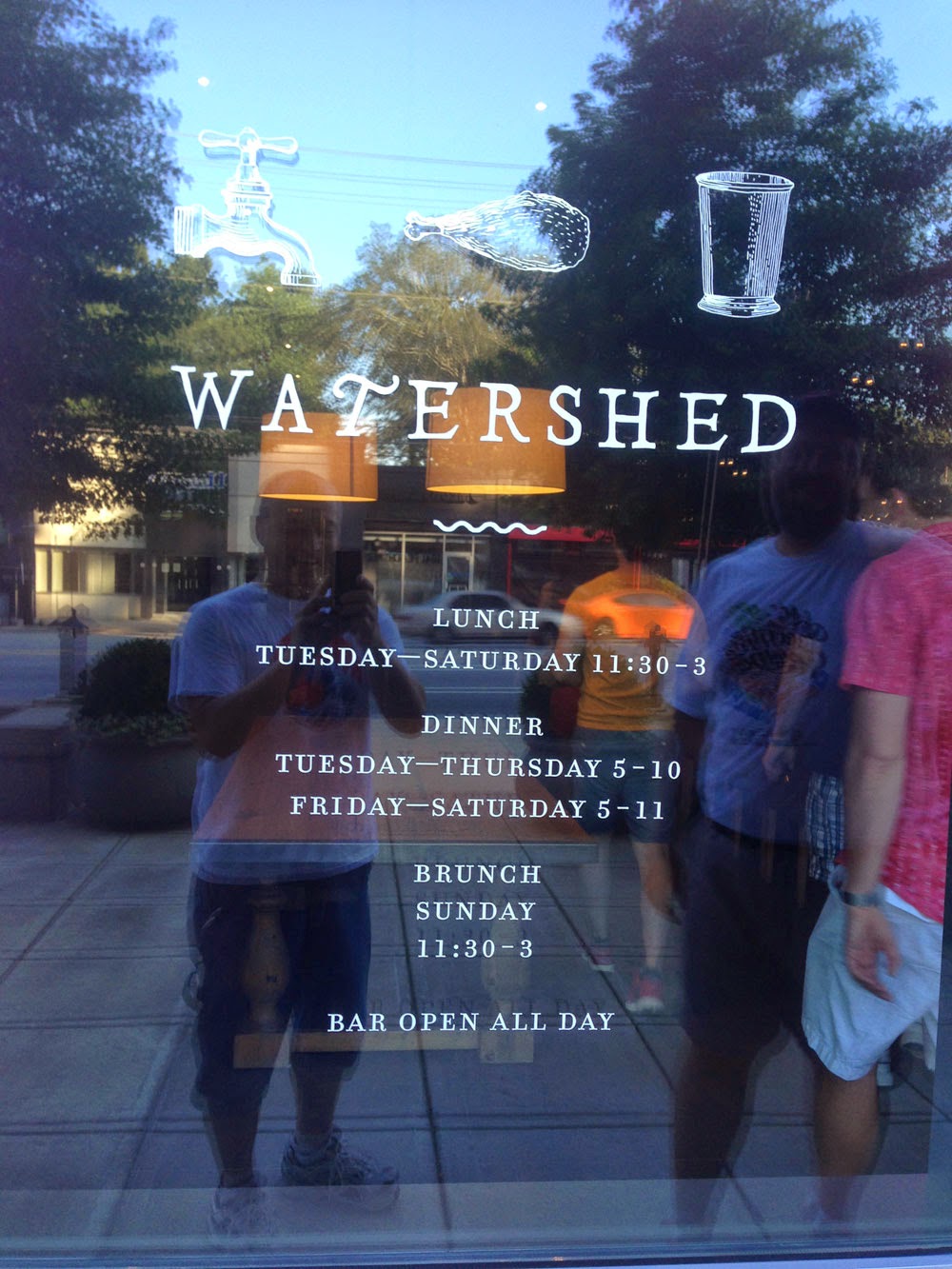 The Peachtree location is a bit more industrial appearing with a modernist intent. There's a large bar in the center of the room that provides a great focal point - it's also where our lawless group sat (we once again were back to 7 as the two "pick ups" only lasted two locations). Watershed is a bit of what I refer to as a "small food, big plate" restaurant - don't get me wrong, the presentation is quite beautiful, the portions not-so-much. That being said, it's still quite tasty and the bartenders are professionals placing and emphasis on PRO. 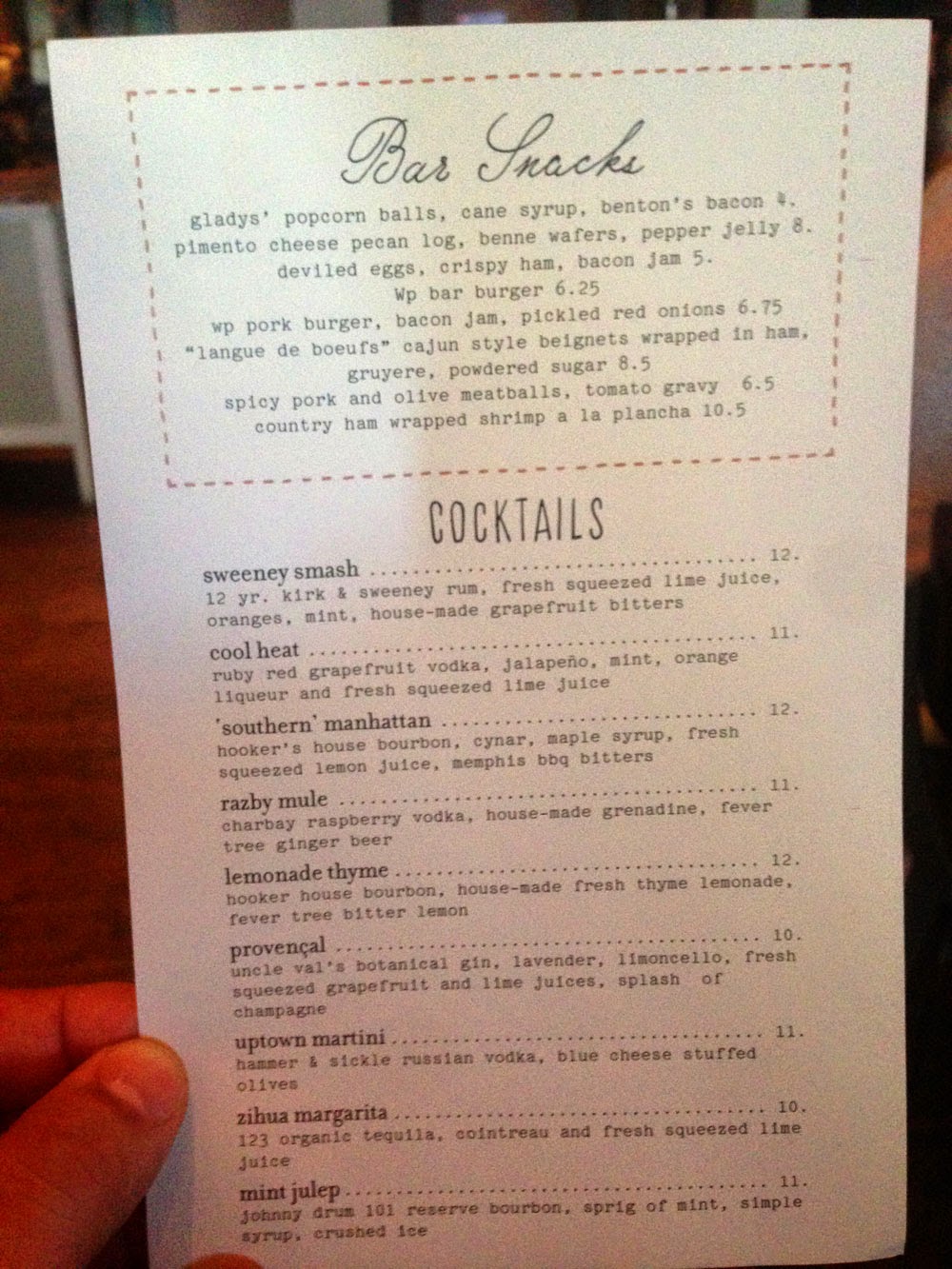 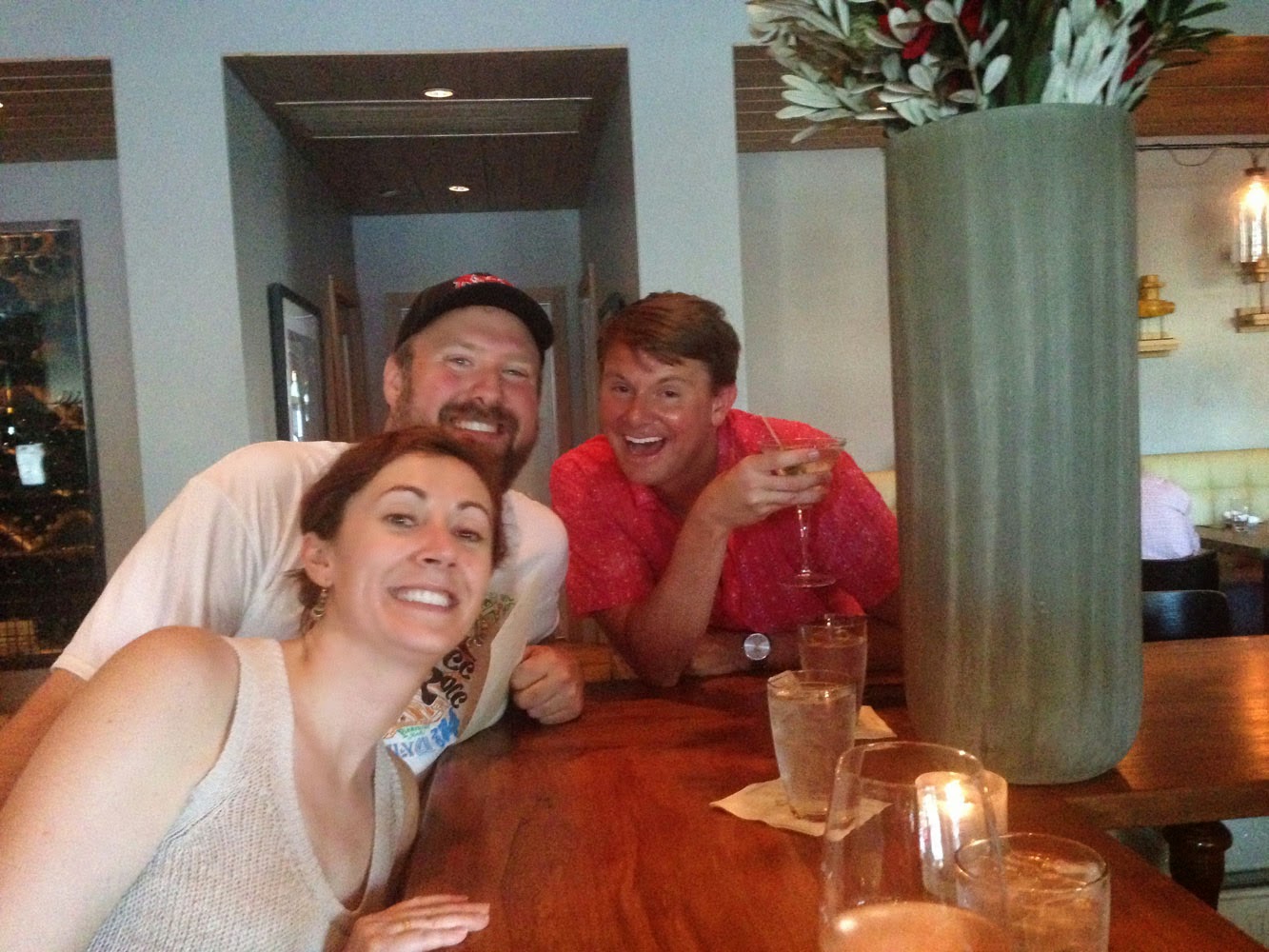 I finally broke down and ordered something other than beer - while others ordered variations on the Manhattan or similar, I decided I needed the saltiness of a margarita (yeah, I know, boring) but it really did hit the spot from all the walking we had done - even with the mild temperatures for July, it was still in the 80's. 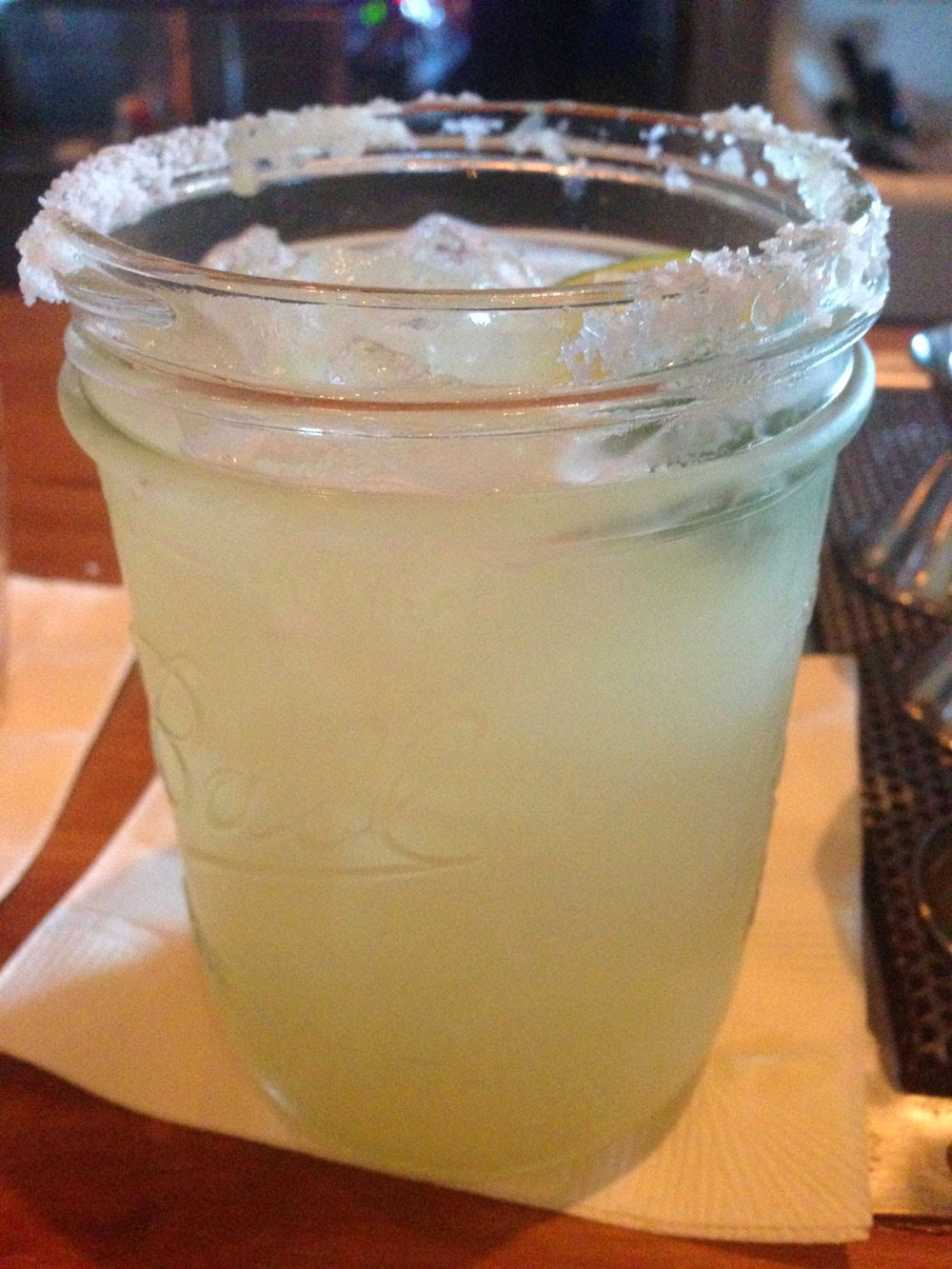 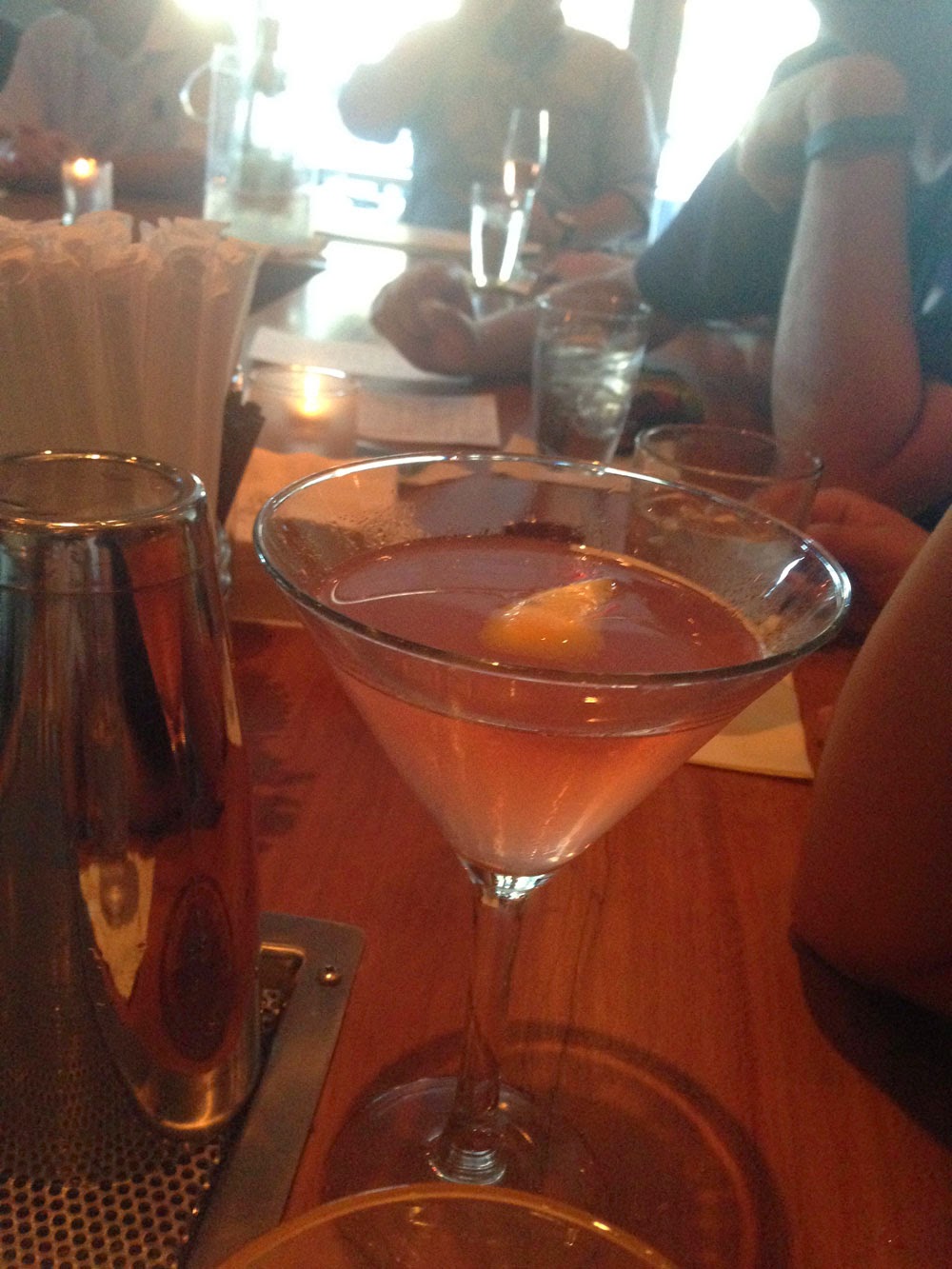 We had originally planned to only have drinks here, but Kevin (who seems to always be hungry) ordered an appetizer which we all got to sample - the Sweet and Spicy Chicken Beignet with bread and butter pickles. As usual, it was quite delicious and almost made us stay and order more food... 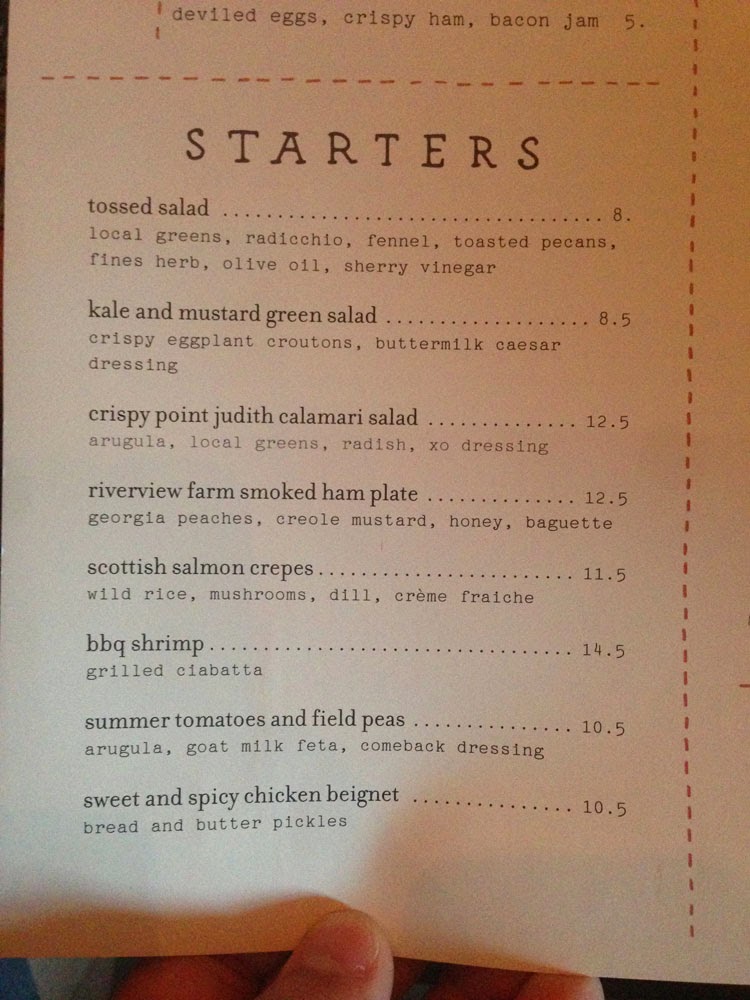 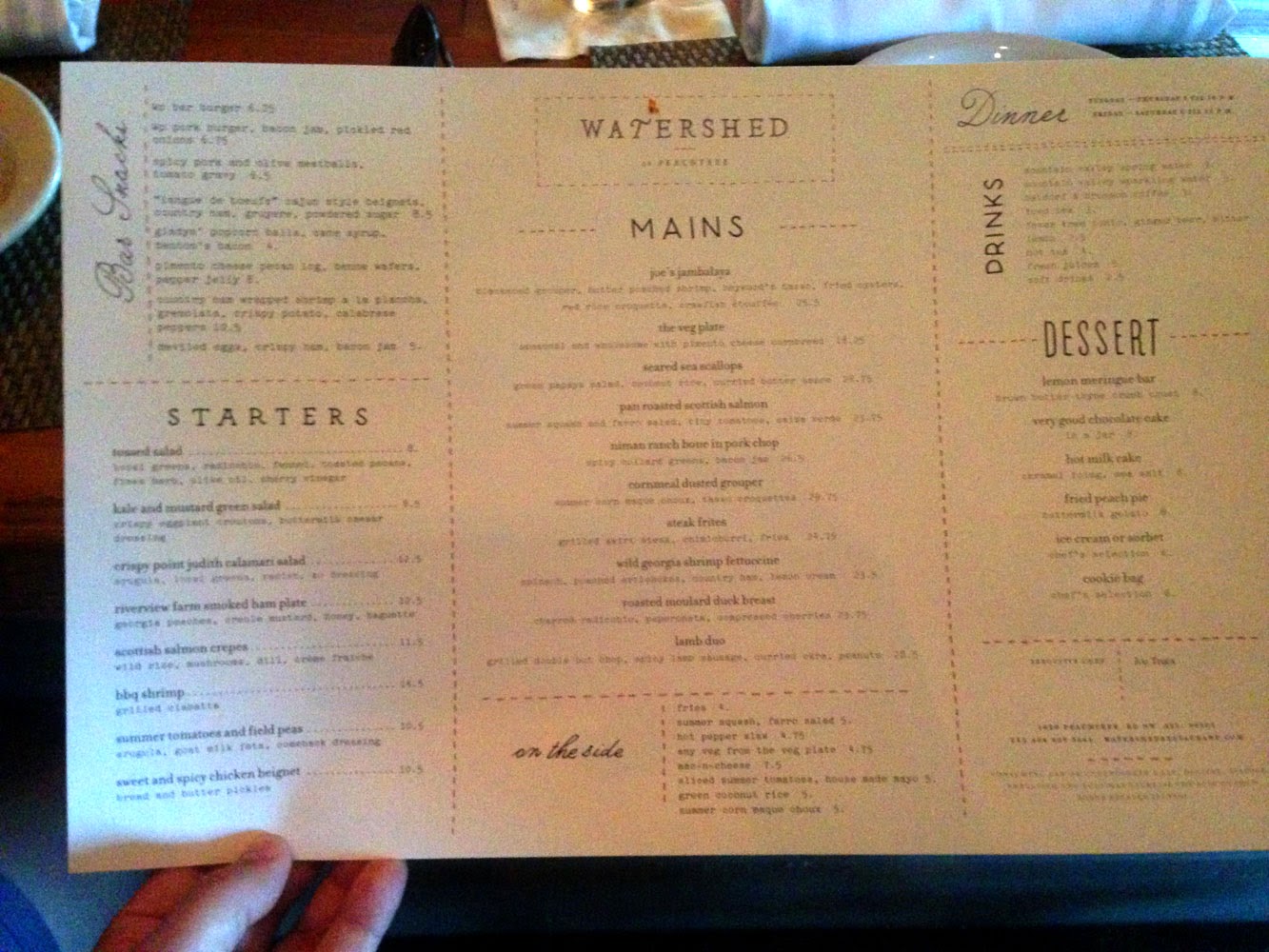 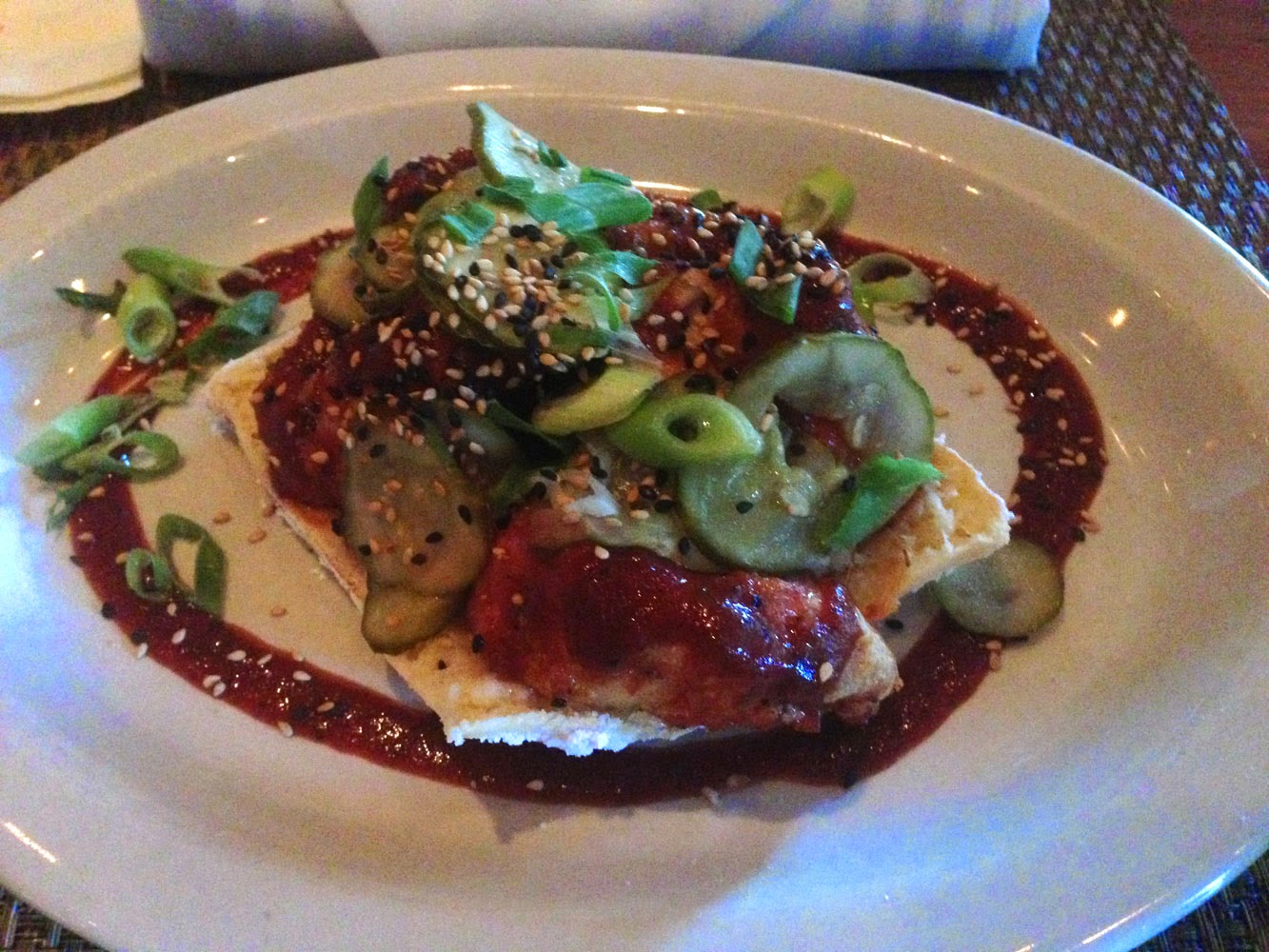 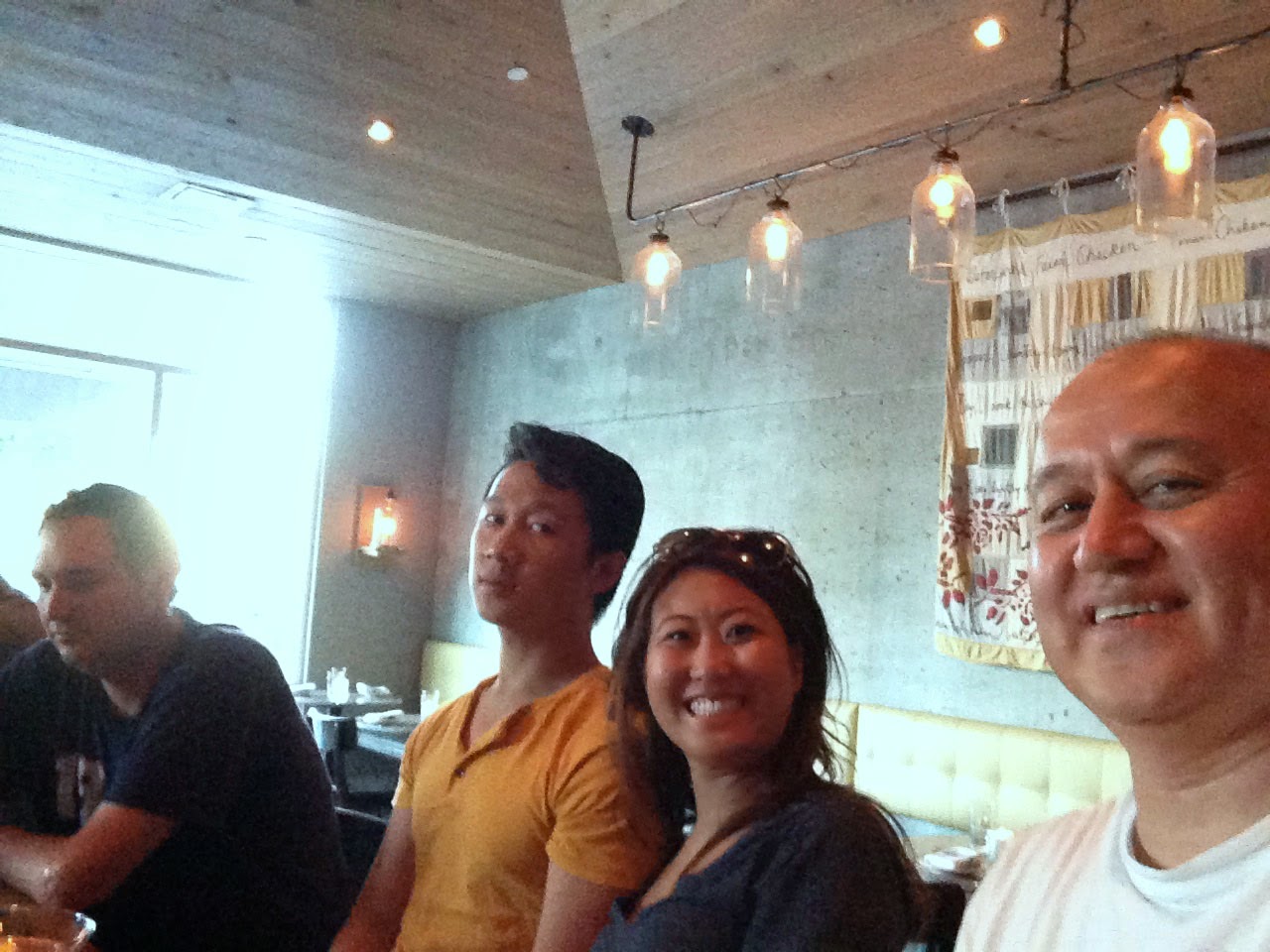 ...however saner minds prevailed (it was getting dark) so we walked up to what would have been our eight planned stop only to find it closed (we substituted a pony can of Lite and ate chips at a Midtown gas station!) before continuing to the Tap...