Hollman and Finch Public House is the sixth of nine stops as part of "Eat the Peachtree 2014" - I called it the "Peachtree Road Crawl" in my Twitter and Facebook posts as the event was going on. Locate all the posts along with an intro if you search my blog with ETP2014. We walked from restaurant to restaurant in search of the best flavors in Atlanta, while enjoying the same sights as you would while running the Peachtree Rd Race. From Peachtree Battle we continued up the hill towards Mid-Town to Hollman and Finch. 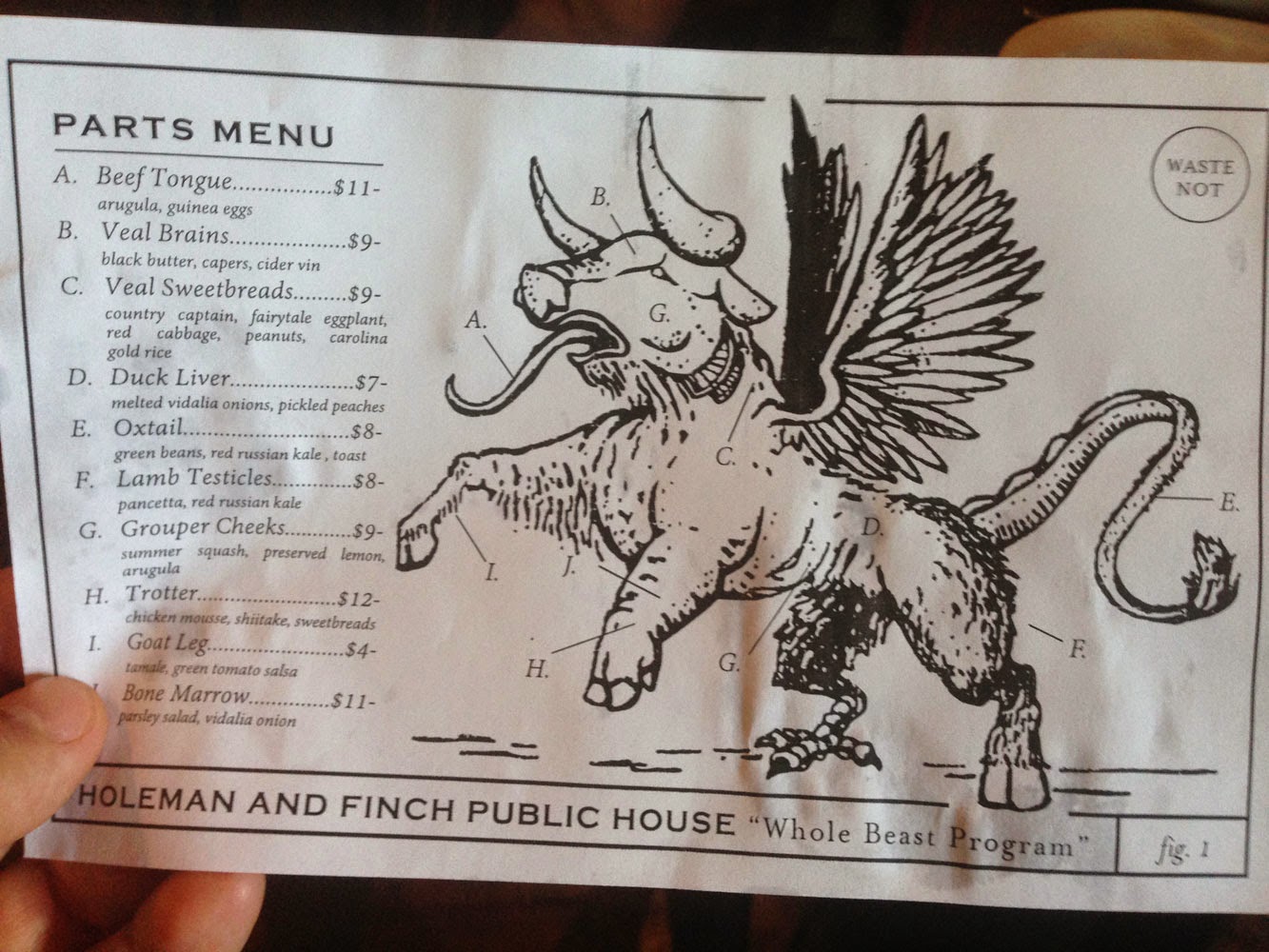 (a shorter version of this review also posted to Yelp)
Hollman and Finch Public House has become something of an Atlanta institution, it's located at 2277 Peachtree Road (I'm not sure if it's considered Buckhead or if it's Mid-Town, but Peachtree Battle is probably more accurate). I don't know how many times I've heard about the hamburger offered here and how it's the best in town. I really, really wanted to sample one, only to find out that they have this peculiar custom of only serving a limited quantity (24 double patties) a night, right at 10:00 PM. Once they're gone, they're gone. Apparently fans start assembling around 9:00 PM to make sure they get one - I'm not sure if I'm that dedicated but maybe someday. 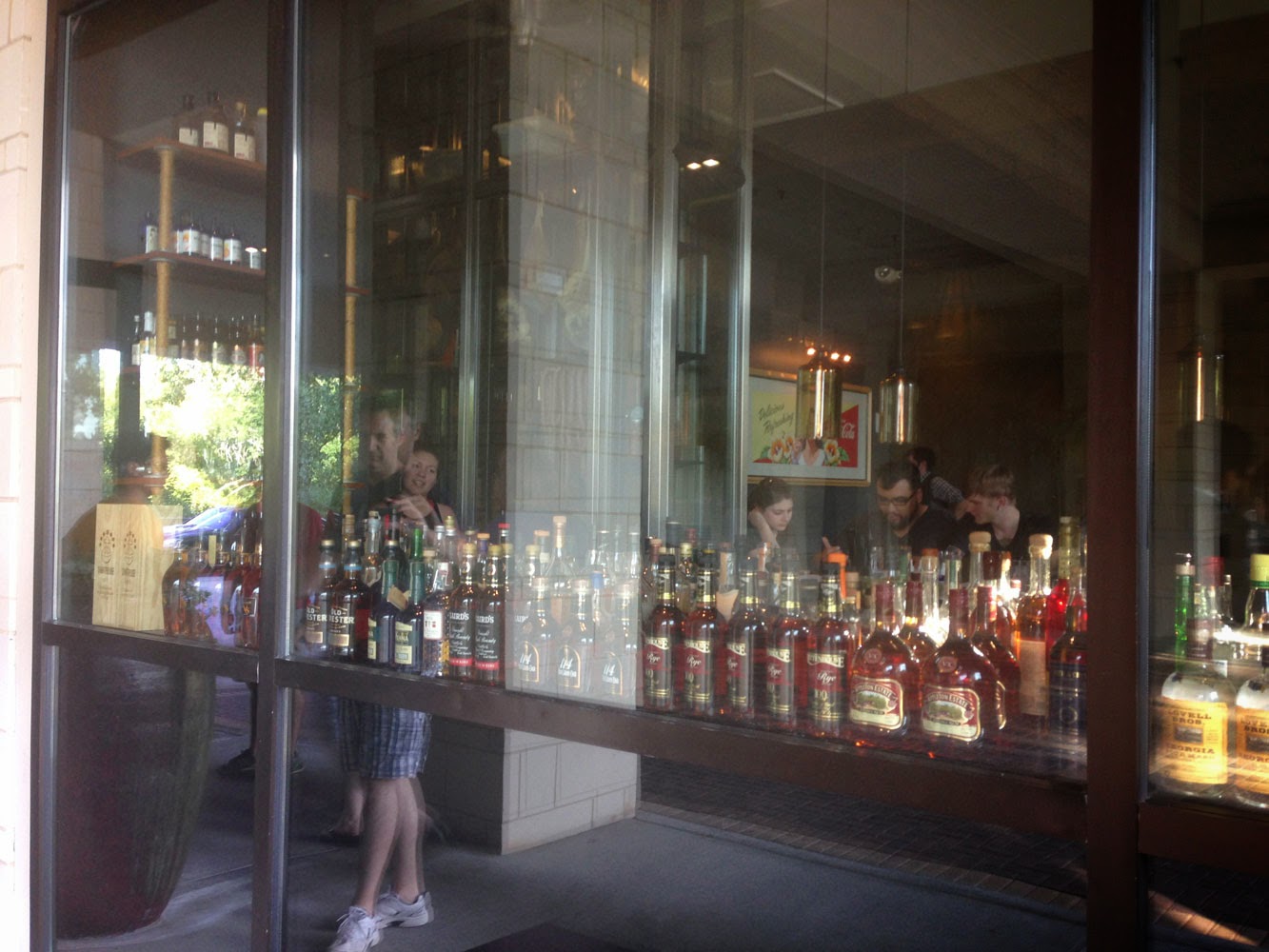 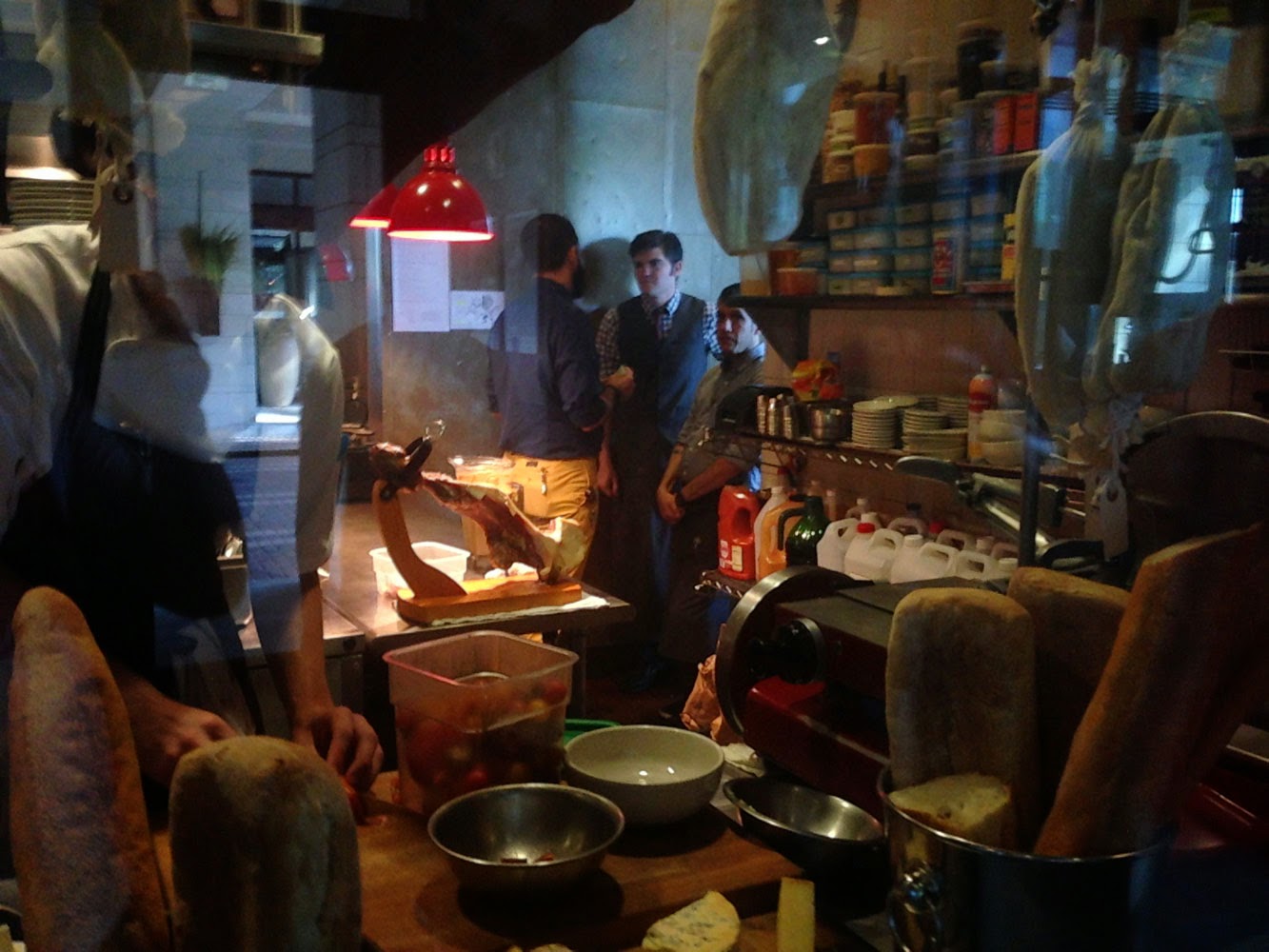 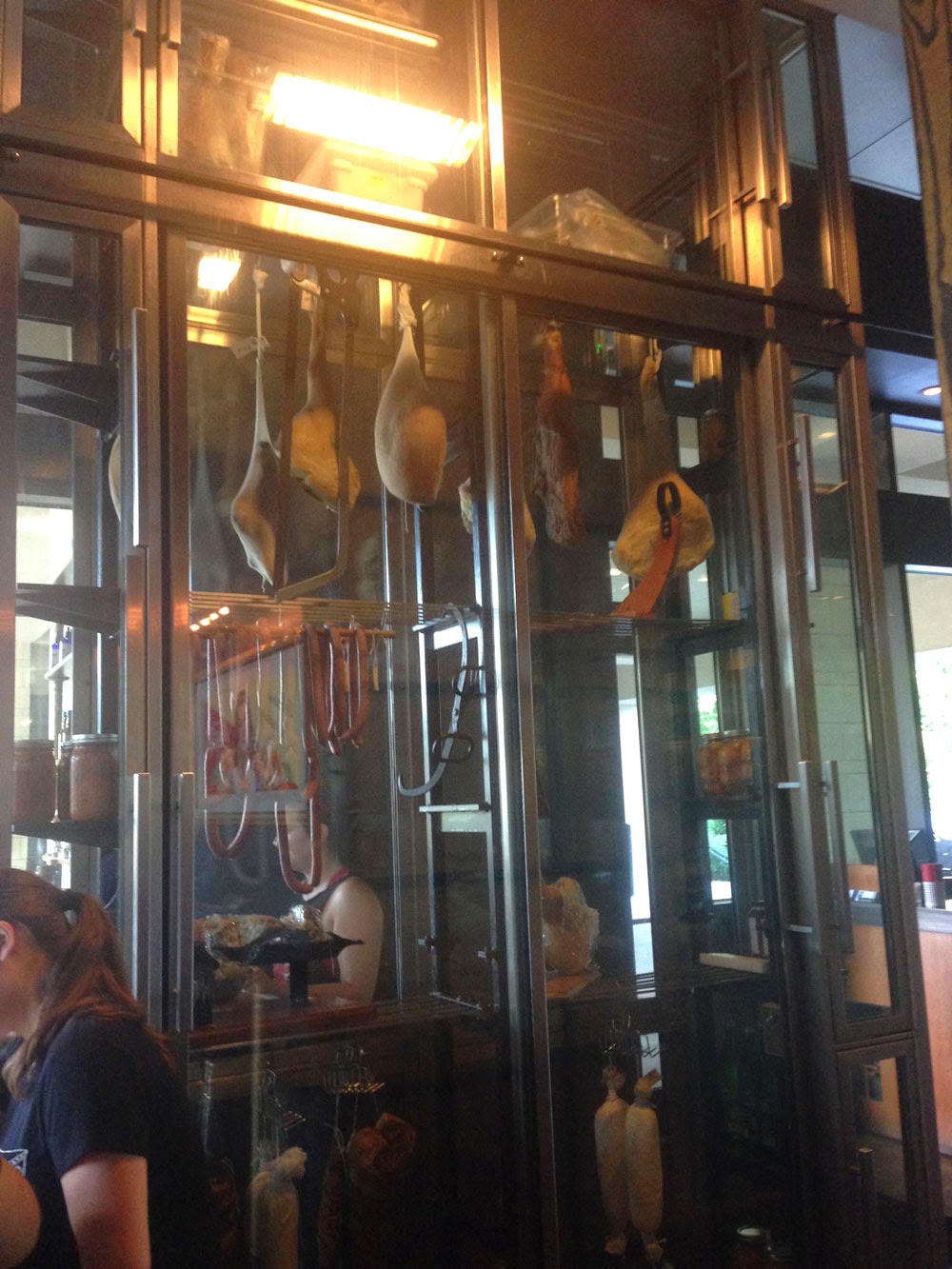 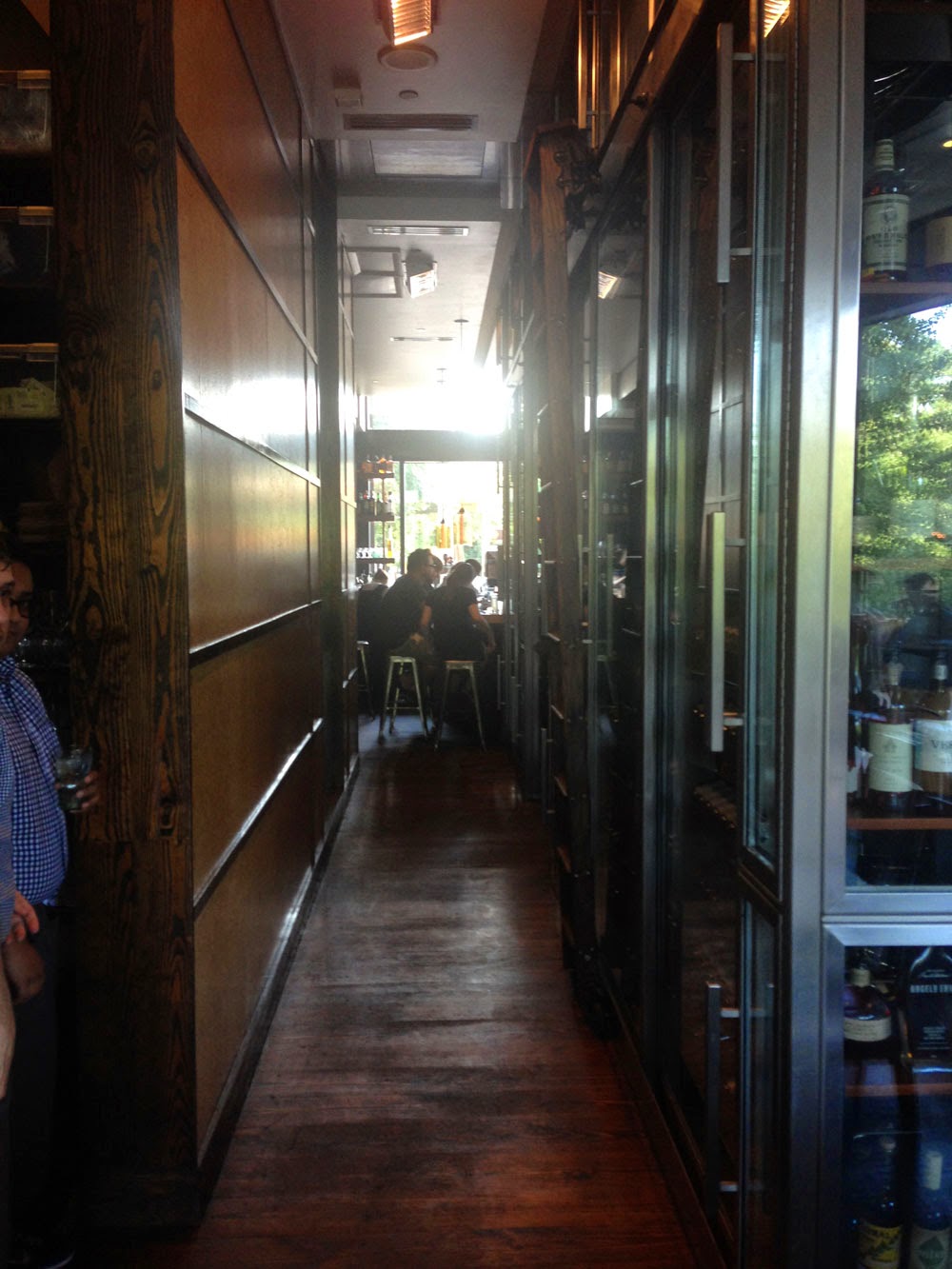 The interior is really interesting, with exposed glass walls to the exterior showcasing the bar. Inside there's a narrow hallway to wood booths. We elected to sit at open tables at the bar. Everyone else purchased signature drinks (mostly bourbon), but as you will note based on my reviews, I'm more of a beer-guzzling kind of guy. I chose the Lagunas IPA as one that I hadn't yet tried and was quite satisfied with it. 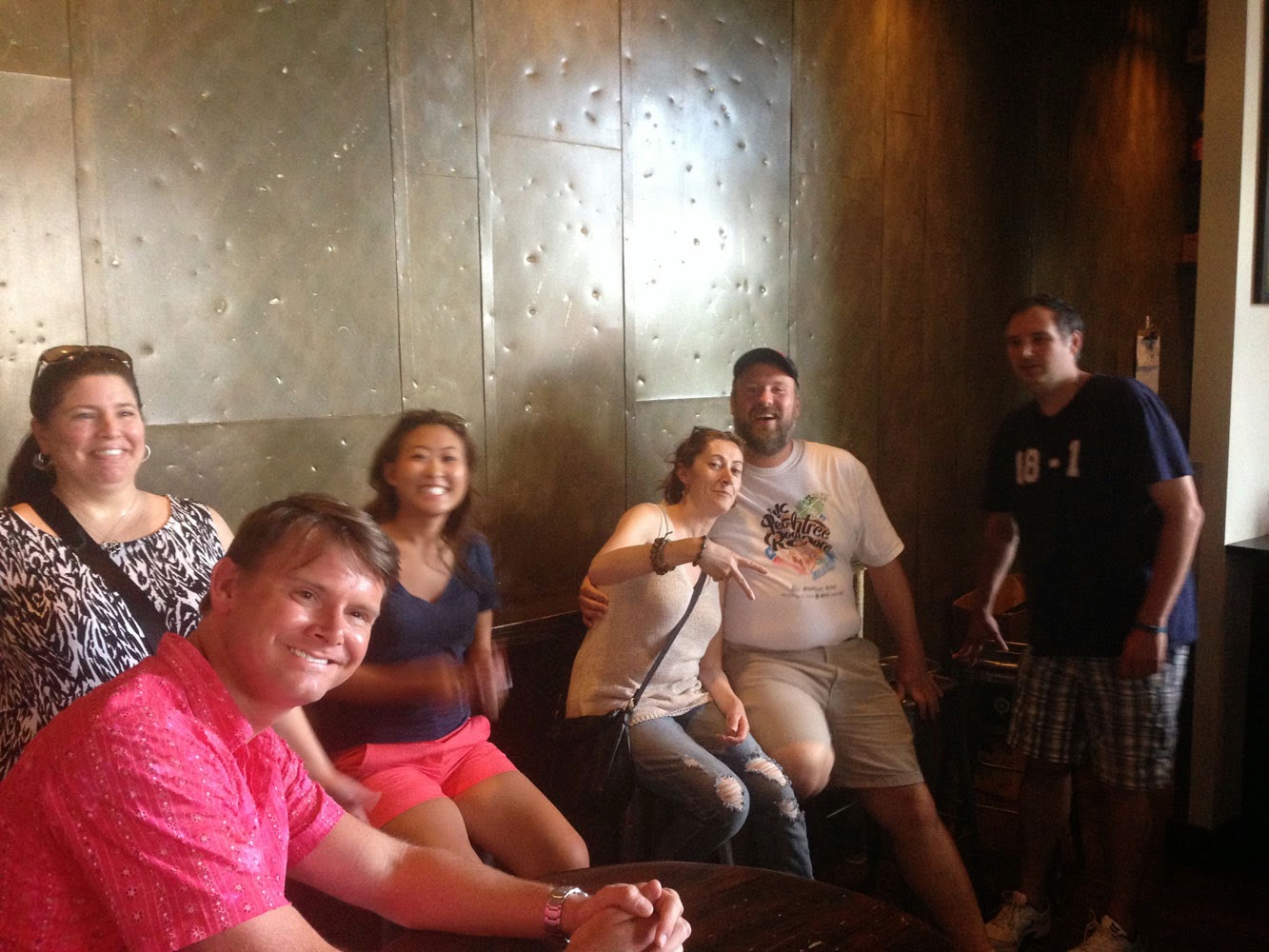 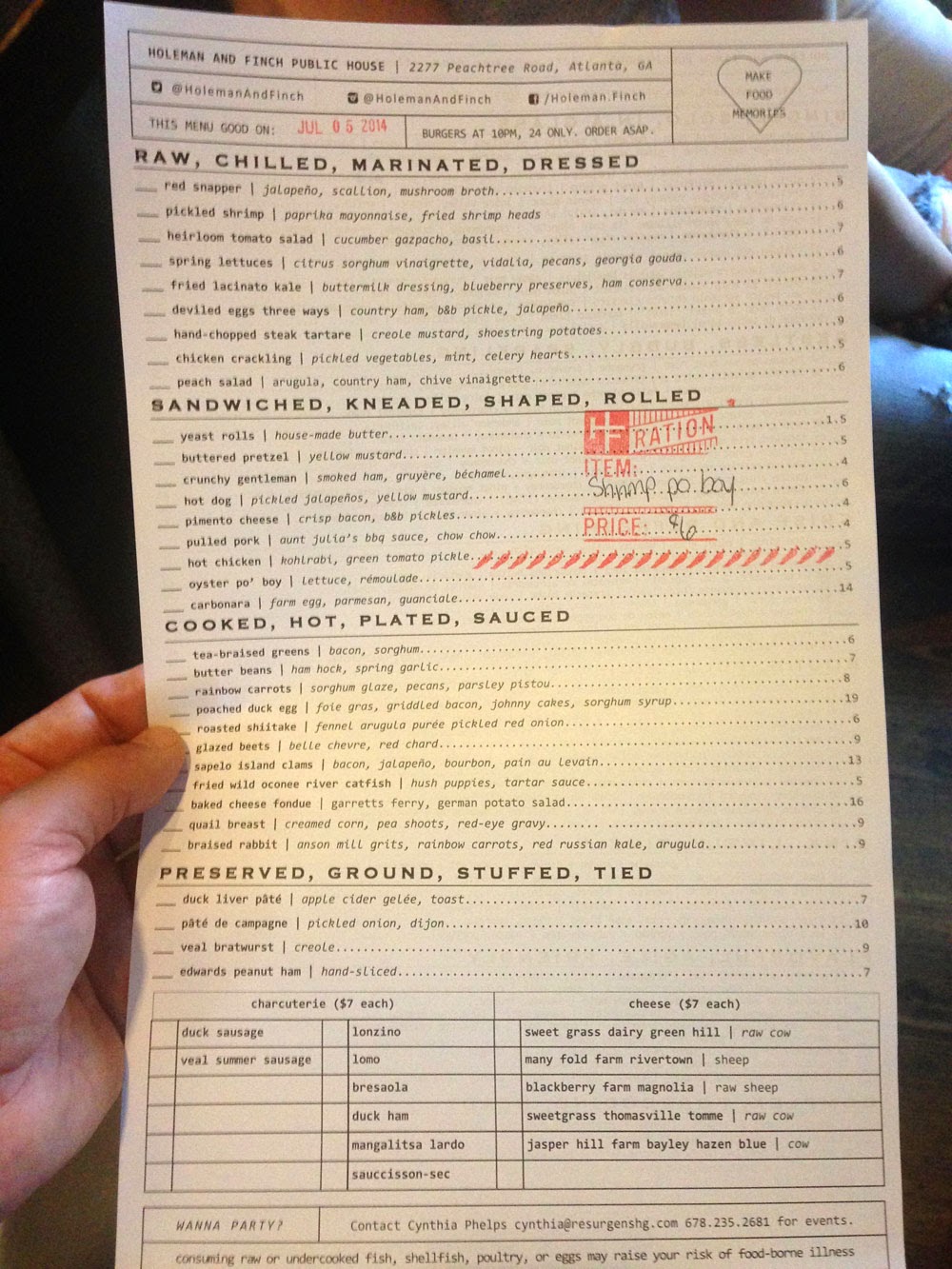 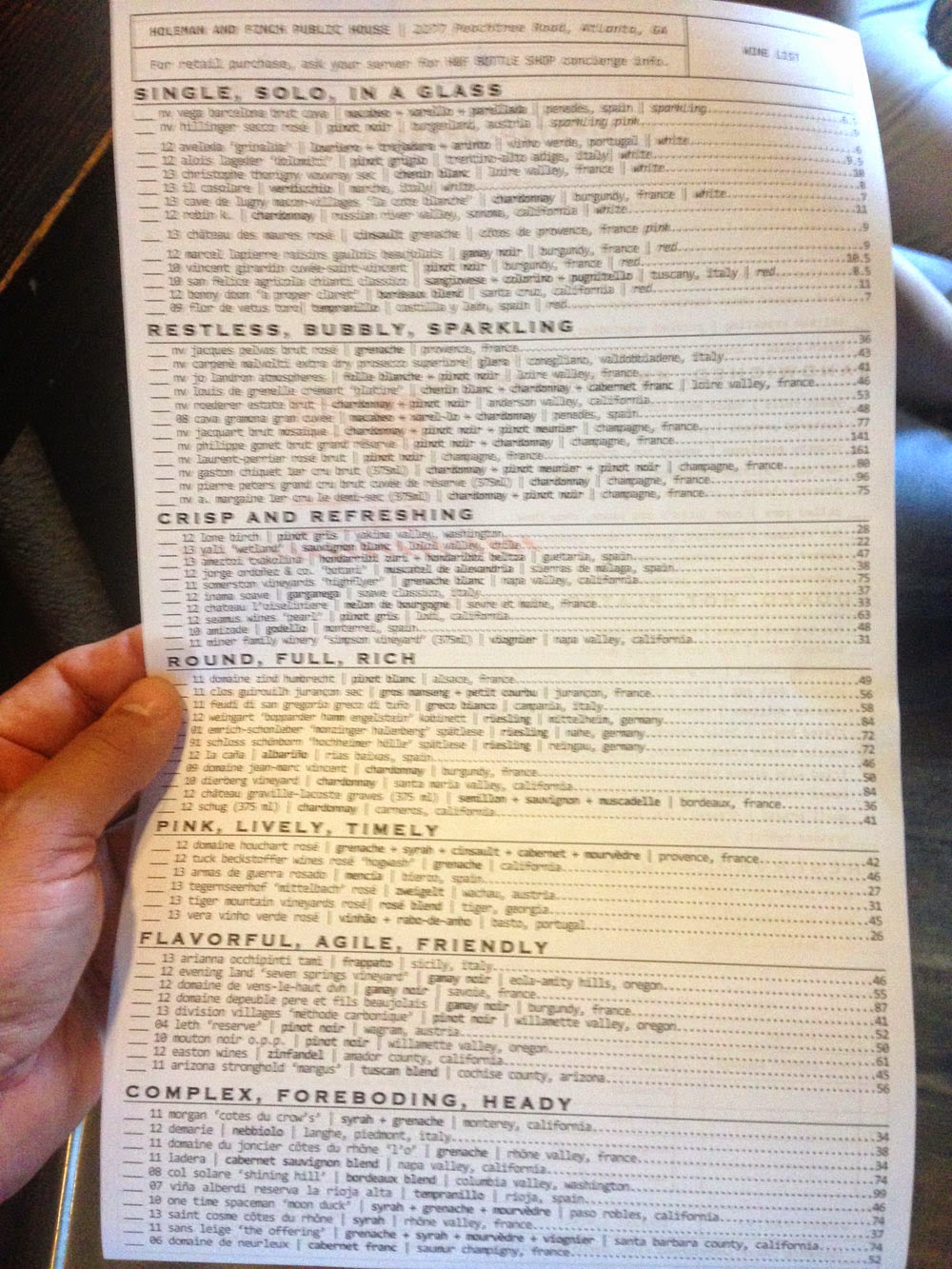 Since the burgers weren't available, we elected to order two of their other signature dishes:

Sapelo Island Clams (we ordered two pots) - these fantastic local clams come from the waters around Savannah and Brunswick and at Hollman and Finch, they're boiled in a creamy stock with rye whisky, bacon and jalapeño. Served with toasted wedges to absorb all that flavor - I believe this was my favorite item sampled during our restaurant crawl - simple delicious. I could eat two pots of these easily by myself. 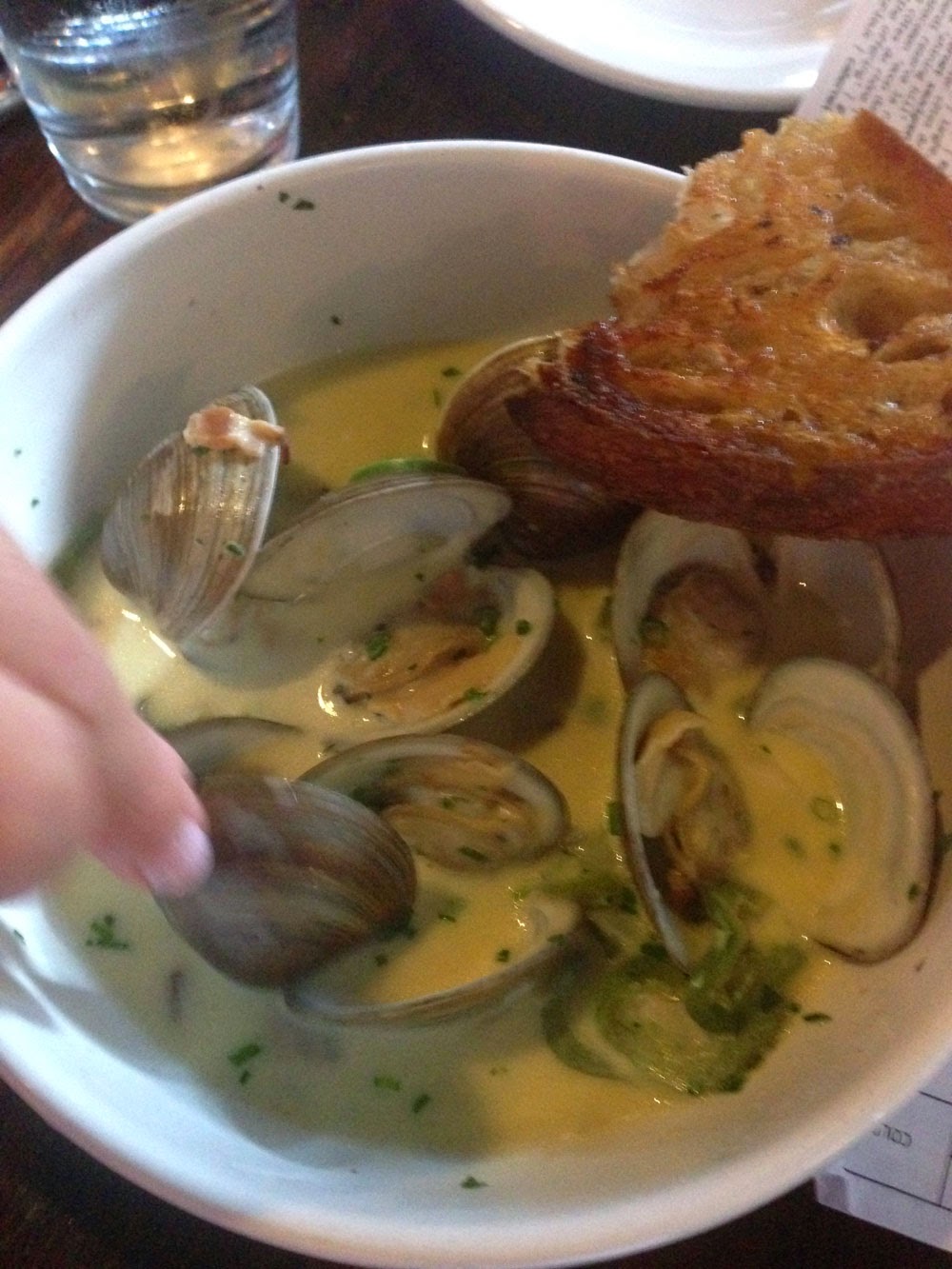 Veal Brains - now you won't often find me ordering organ meats although I've had plenty in my lifetime. Brains are actually one of the purest of the bunch with a light, delicate flavor (almost non-existent, which is usually why I pass on them). At Hollman and Finch, the brains are lightly breaded and pan-fried, served with a dark ghee, capers and vinegar. They are quite delicious (or at least what they're cooked in provides the right mix of fat and acid to satisfy anyone) - served with toasted bread wedges to sop up all those savory juices. 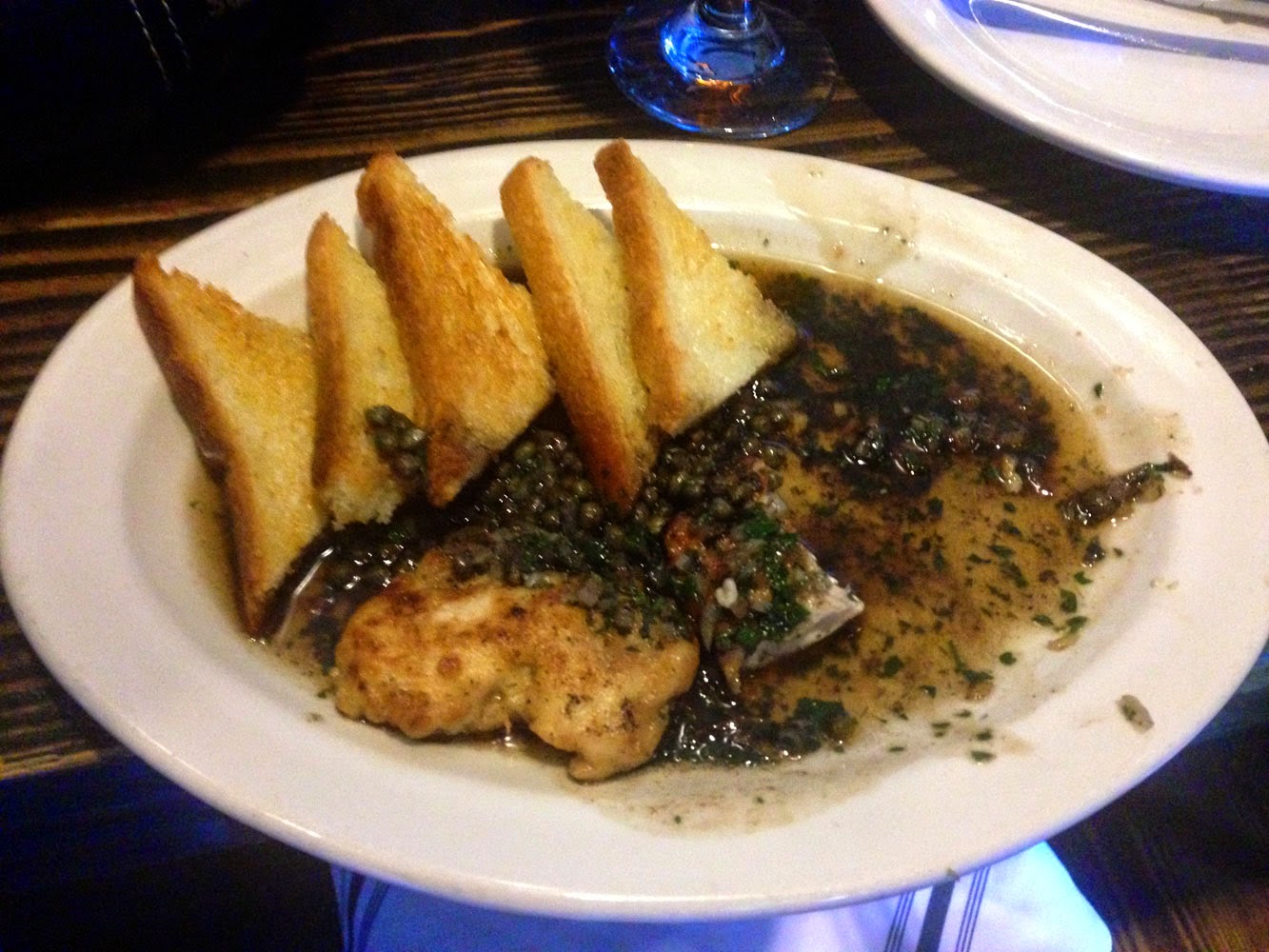 As a tease, there are H&F "Hamburger" shirts for sale behind the bar - bastards! I'll make sure to visit again and sample more of the fine fare at Hollman and Finch Public House - the foods really harken back to a time when you visited pubs for your nightly meal with the family. 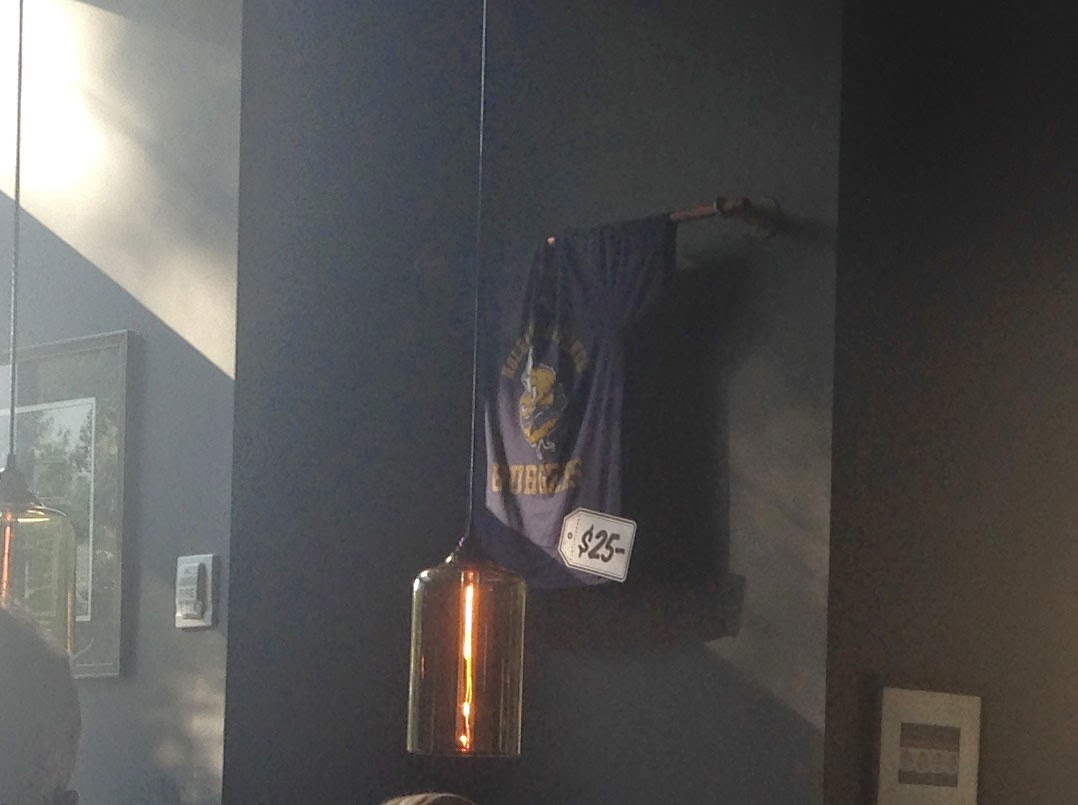 I thought the service was quite good - now with 9 people it's tough managing a small crowd on bar tables. We even got more bread for the clam pots! 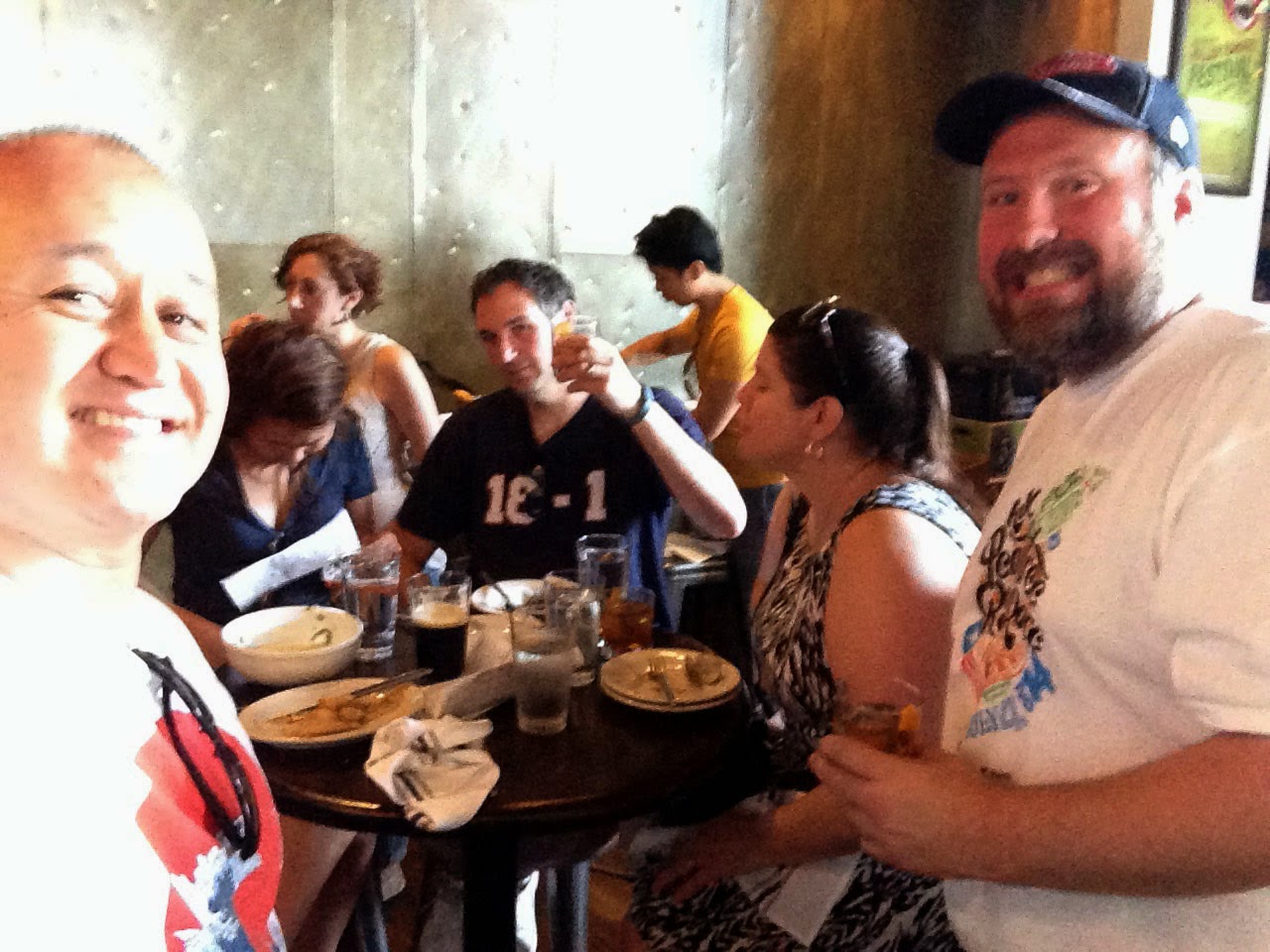 Finishing up here was difficult (getting full by this time) but as good troopers do, we continued on towards Mid-Town. Location seven will be one of my favorites, Watershed...