First let me state the facts. This isn't really a place you go for great food. That being said, it IS the place you go for great beer and good times! I've had many, many fantastic evenings in this fine establishment. The beer selection is without peer - really. If you can't find your favorite on the menu there's probably something wrong with what you call your favorite. The selection here is fantastic, both in draft and in bottle. And yes, there are some fancier locations (the Prado location comes to mind - great idea having taps at the tables!) This location, besides being super convenient, also has a kick ass staff! 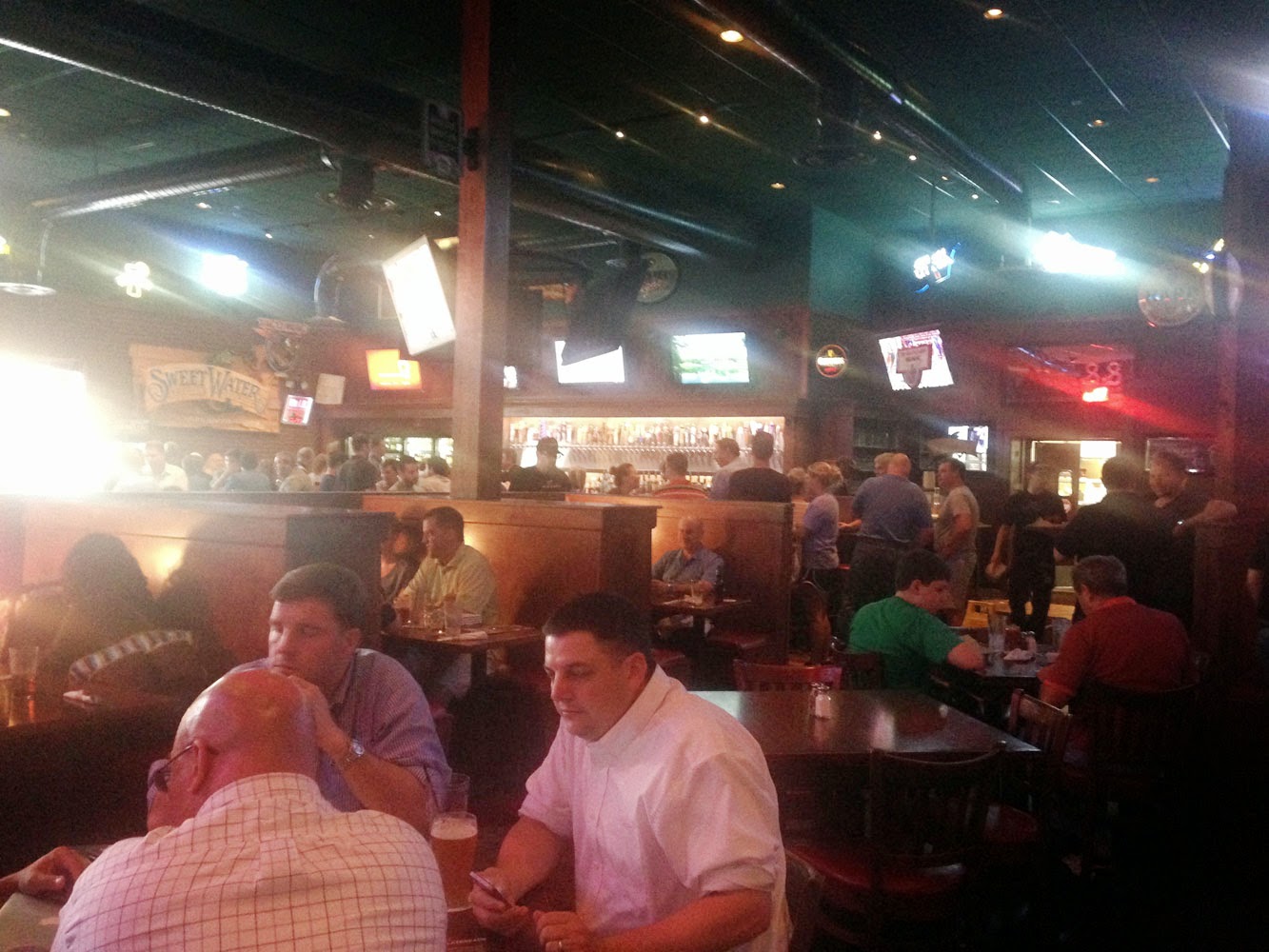 Now for the details - these are the food items I've tried (and as I've already mentioned, you don't come here for the food - it's all about the beer!):

Buffalo Hummus, Chips and Salsa, Queso, Guacamole - these are your basic dips - while none of them are great, none are really bad either. Some you'll find a bit salty.

Chicken and/or Nachos all the way - well, you get the picture. I've found these to mostly be chips, so you end up with lots of pieces and no toppings.

Flatbreads - these are basically brown-and-serve pizza breads. All mediocre and the portions are rather small.

Chicken Tenders - actually think the regular are better than the buffalo - they're alright but once again the portions are small. They get better after a couple of beers - I have mentioned the beer, right?

Burgers - all of the burgers are passable - once again nothing to write home about. Have gotten some slightly hammered veggies (guessing from sitting in the window) and stale-ish bread. These are much, much better after two or three beers - actually after three they become some of the best burgers you've ever had!

The wings - these are probably the best thing on the window - go ahead and order them 3 Mile Island in heat and get at least 20 (they're a bit on the small side so 15 or so per person does the trick best). Don't be a pansy, get the 3MI with an extra side of sauce!

For the salads, I've tried the house, Caesar, Chopped cobb, Buffalo; and shrimp and avocado - they're passable but on the smallish side. The dressings all taste like they come out of a jar. For some reason, these DO NOT taste better with beer! Guess there's just not enough fat content...

All the Mexican dishes (fajitas, quesadillas, soft tacos, burritos) - well, I didn't realize that you could actually do these and make them mediocre, but well, here you are. Do yourself a favor and head to Buford Highway - find just about any Mexican restaurant on this long road and you'll find something better, cheaper and with larger portions.

Chicken Sandwiches - read the "Burgers" above but replace with chicken. The Phillies aren't too bad but a bit salty (seems to be the melty cheese).

I haven't had any of the wraps, but that pretty much wraps up the food anyway (bad pun but you get my drift).

Now for the stars of the show! BEER!

On any given night Taco Mac has a wonderful selection of craft beers. All the usual standbys are here but do yourself a favor and go for the unusual. They often have the latest "Dank Tank" from the Sweetwater brewery - but hurry, once it's gone it's gone.

To keep up with what you've drunk (and yes, you will be....), sign up for Brew University and download the app. Every beer you try will be in there so you can compare what you really like, and really study the breweries and what their specialties are... 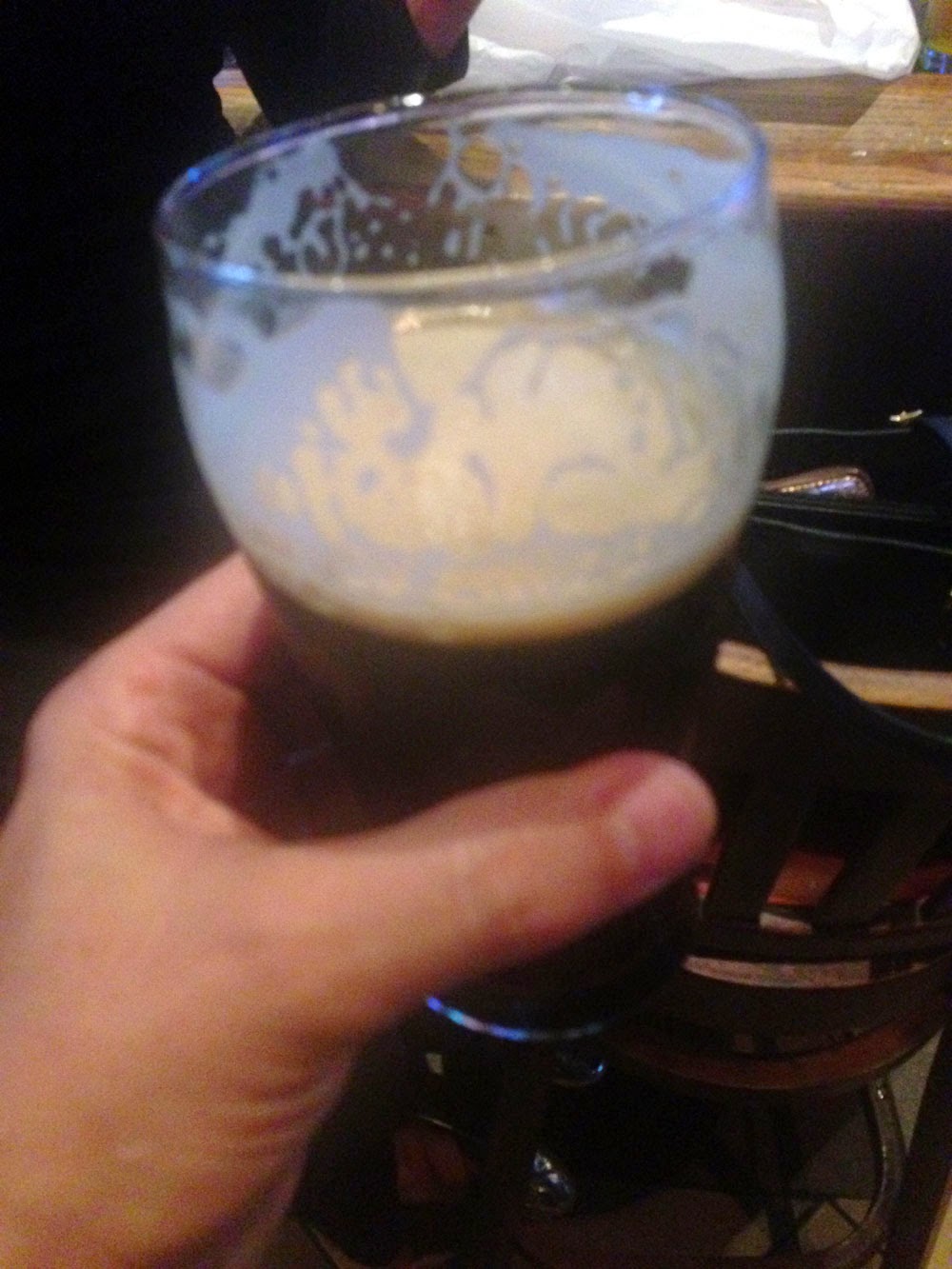 This is a really noisy place but it's great for crowds. Reserve the side room or the patio for a bit of privacy - you'll be glad you did.