Don Felder, Foreigner and Styx at the Encore Amphitheater in Alpharetta

(also a shorter version published on Yelp)
My first trip to the Amphitheater at Encore Park and I was pleasantly surprised. The venue is much like other amphitheaters (Lakewood/Aaron's comes to mind) but less of a sprawl - I'm not sure of the size difference but probably about half or a bit more of the size so it's a bit cozier and most of the seats are quite good. For this first experience I sat on the lawn and could still see most of the movement on the stage - this was enhanced once it got dark by the two "jumbotron" projection screens to each side.

We arrived and met our friends who supplied us with the tickets - seems he won 3 pairs doing a drawing for the Amphitheater on Facebook. Included were some Lot C parking passes but I had already left for parking and was stuck in the Lot A line of cars so I decided to just park and walk. Lot A was some distance away - it wouldn't have been so long but I had to walk around to the main entrance (Lot A enters through the opposite side gate) to pick up the ticket, which required that I walk outside the park and enter through the main entrance - better planning would have improved the experience).

Negatives (and why the place doesn't merit 5 stars):

We did have a very good time - the bands this night were your typical retro rock bands from the late 70's/early 80's: Don Felder of the Eagles; Foreigner; and Styx. I've seen Styx in the past but had never seen the Eagles or Foreigner so my expectations were low. I did enjoy all three bands in my formative years, before I discovered punk rock, new wave and SKA, so I had more than a familiarity with the songs and more importantly the song lyrics.

Felder was surprisingly good, belting out the classic Eagles tunes (one friend said "it's like a mini-Eagles concert!").  I rate the performance a "strong B"... 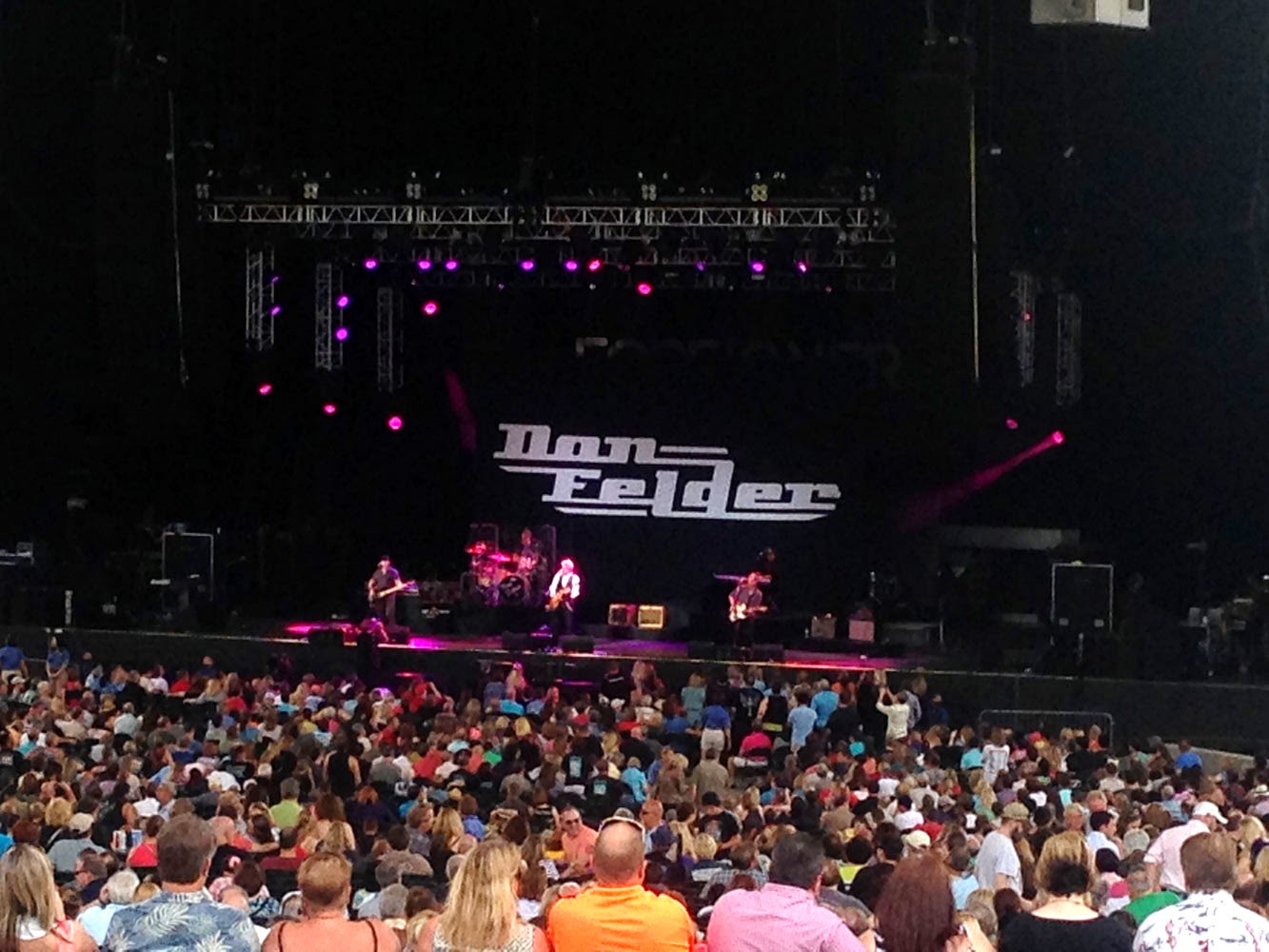 Besides the classics Felder performed perhaps his nominal hit for my generation, the them for "Heavy Metal"...

I was simply blown away by Foreigner - the new lead singer, Kelly Hansen, does a really fantastic job belting out these classic tunes. I hadn't seen the original group in the past but this guy hits every lyric, sounding much like the original lead, Lou Graghm. I was very impressed by Hansen's energy and the overall sound of the band. It also had an excellent "classic rock" light show. I rate them a solid "A"!! 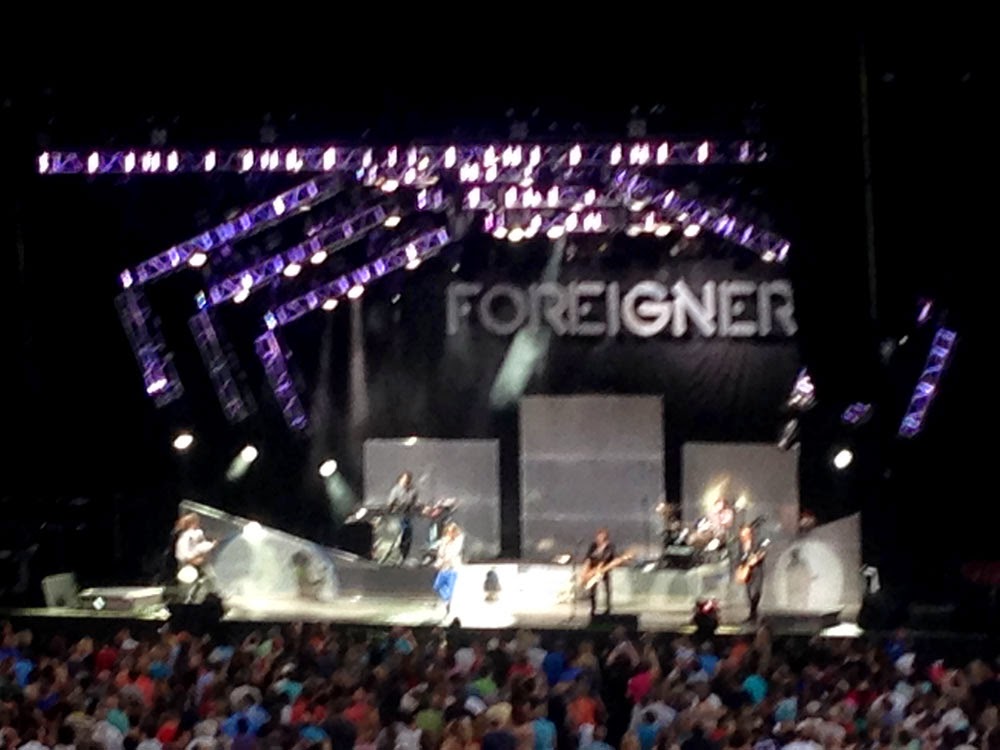 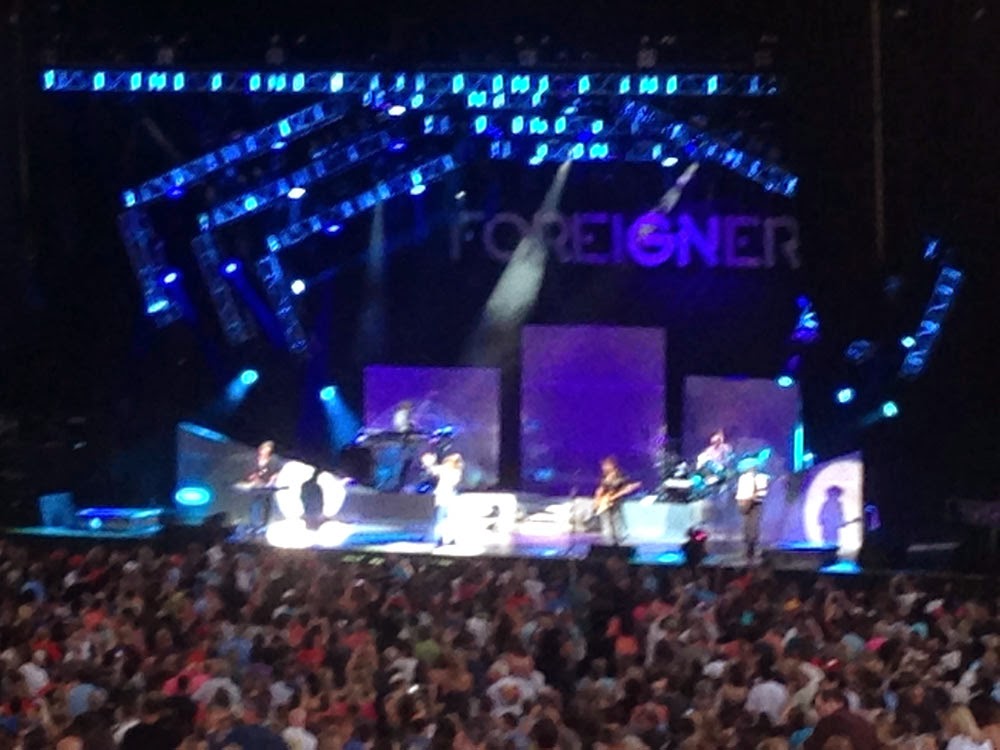 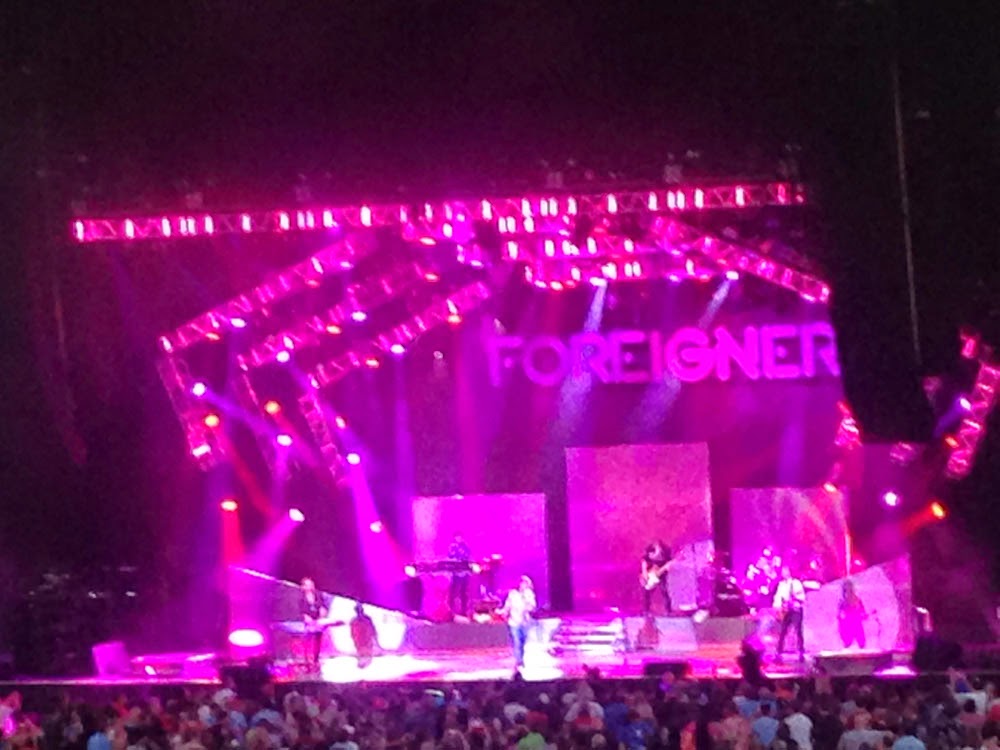 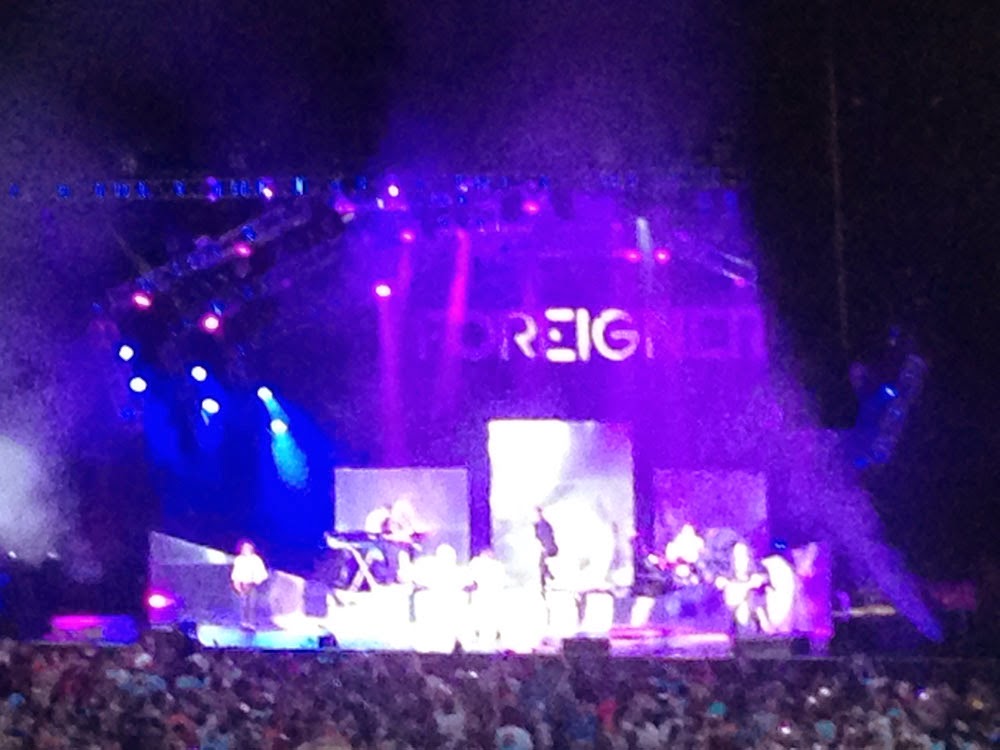 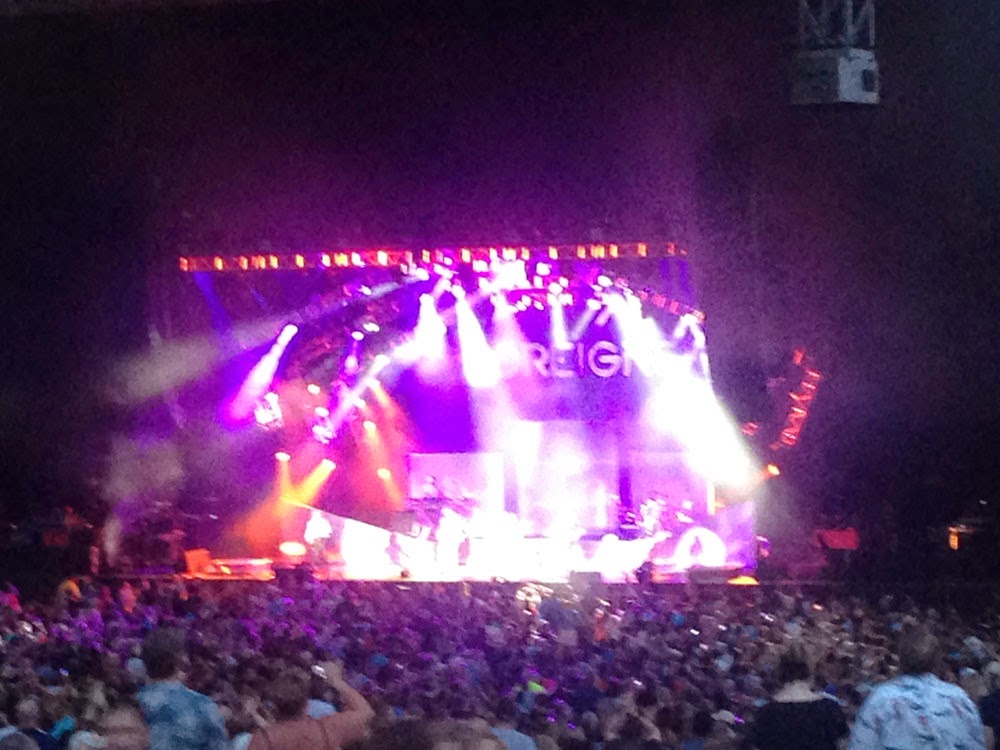 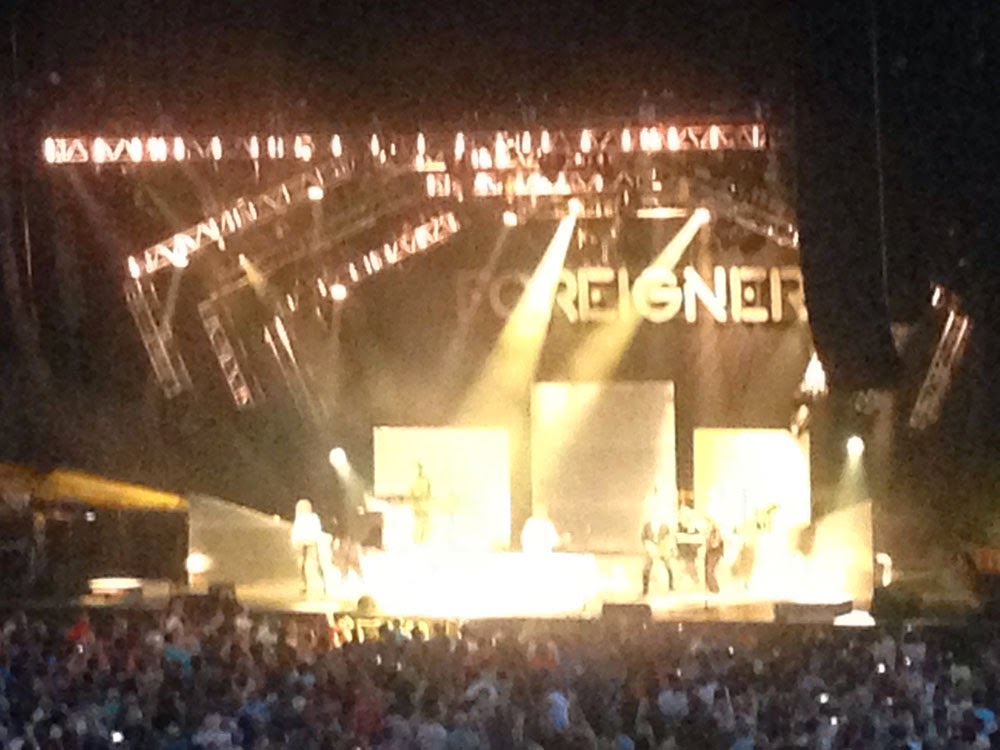 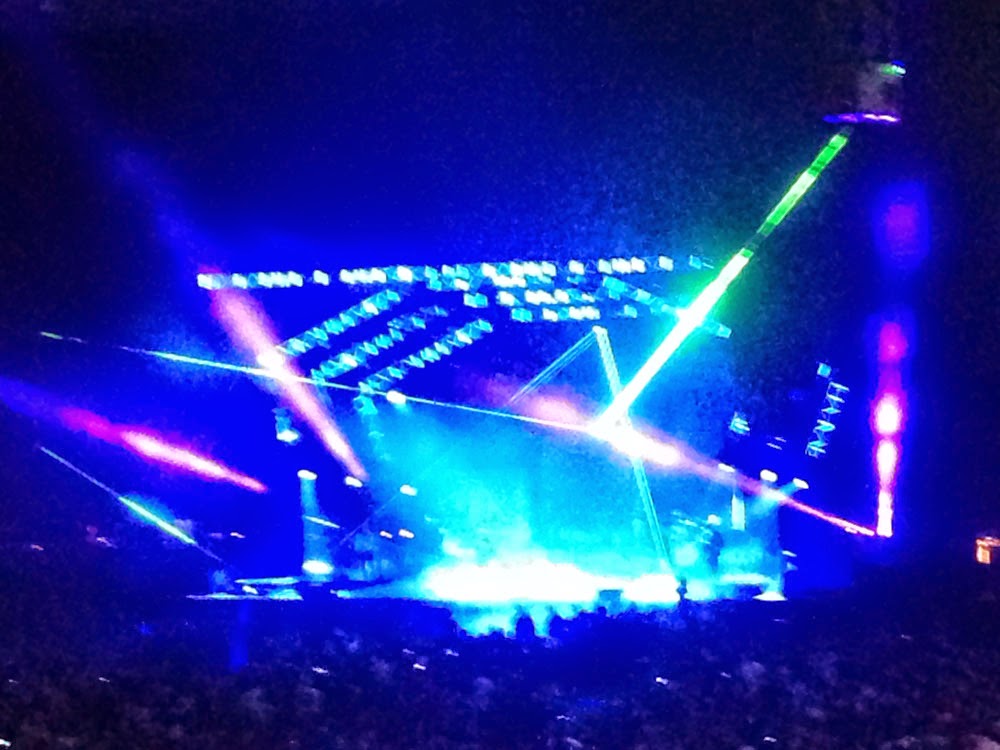 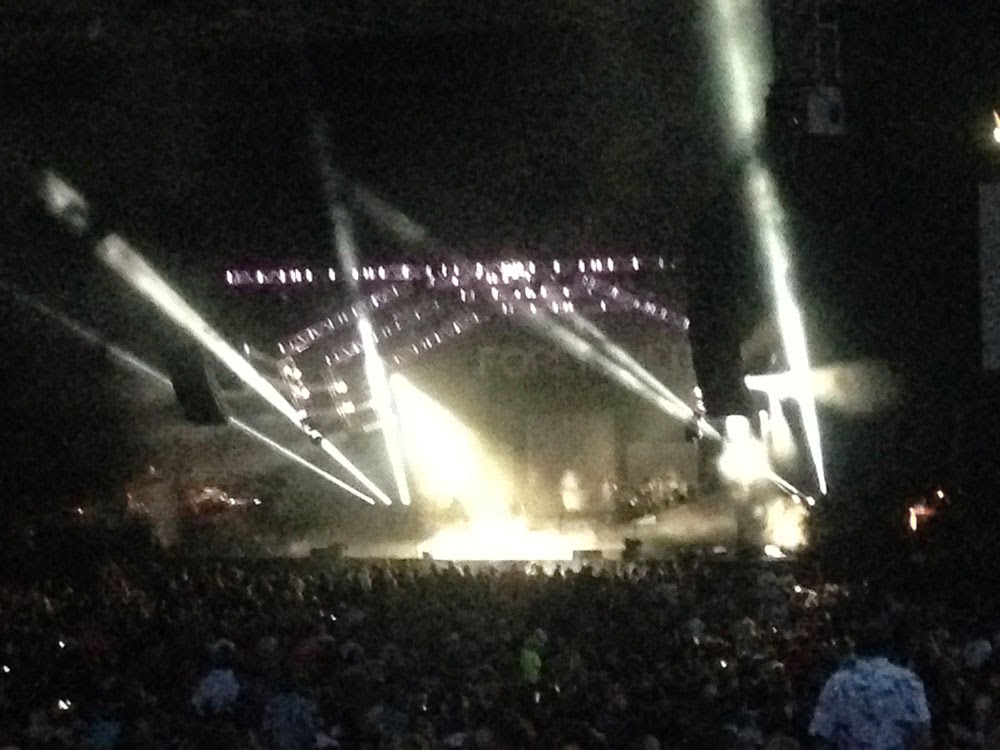 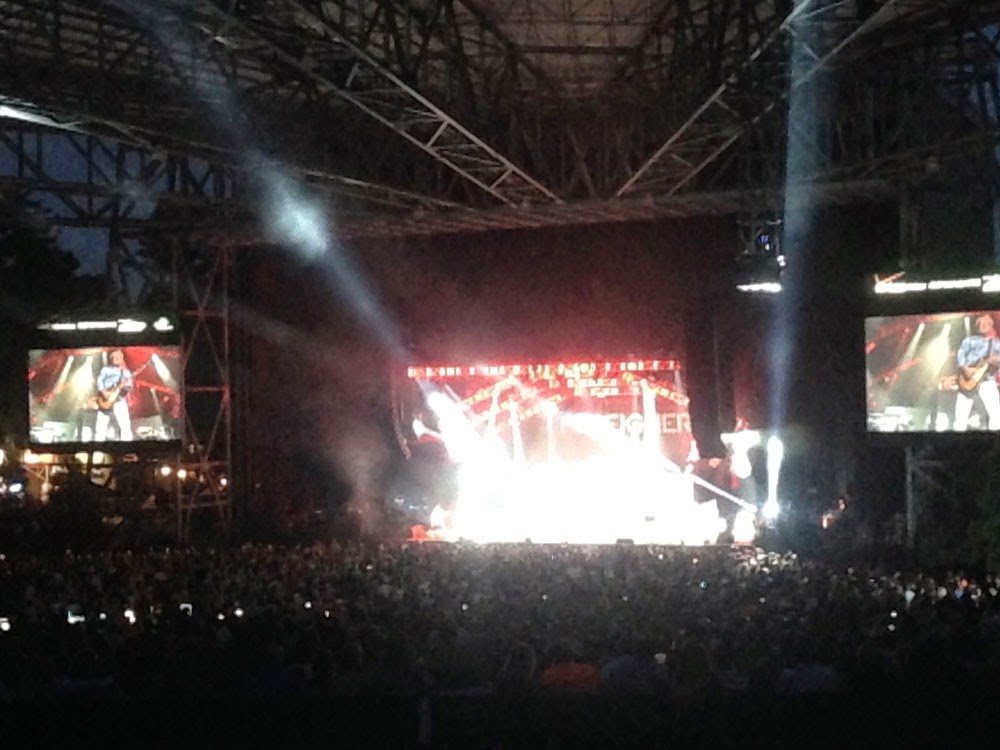 Foreigner's appearance ended with their seminal hit, "I wanna know what love is"...

I was actually a bit disappointed with Styx - I had high hopes and they certainly were one of the bands that shaped my listening in high school. I think I expected more of the music to be sung by Tommy Shaw so it was a bit disappointing - as with all of us aging rockers, the chords start to go and they must be saved for the more important songs. I was very happy that JY was still doing his thing and his voice certainly could be heard through the occasional harmonies. The new lead, Lawrence Gowan, while hitting most of the sounds of Dennis DeYoung, still seemed to stress a bit on some of the highs, especially during transitions. He reminded me of Dudley Moore for some reason, especially while spinning around on that rotating keyboard (which started to irritate me after the initial "wow" of the keyboard camera on the "jumbotrons" - which started to look better when it got dark - see the photos below). Overall some of the band's timing seemed a bit off and the sound balance was all over the place - they really need a new sound guy. The stage graphic, while technically astute (large high-def panels with rotating and timed imagery) and interesting, seemed to be a bit lackluster after the "big stage" graphics and laser-lights of Foreigner. Overall I'd rate this a solid "B" as a performance. 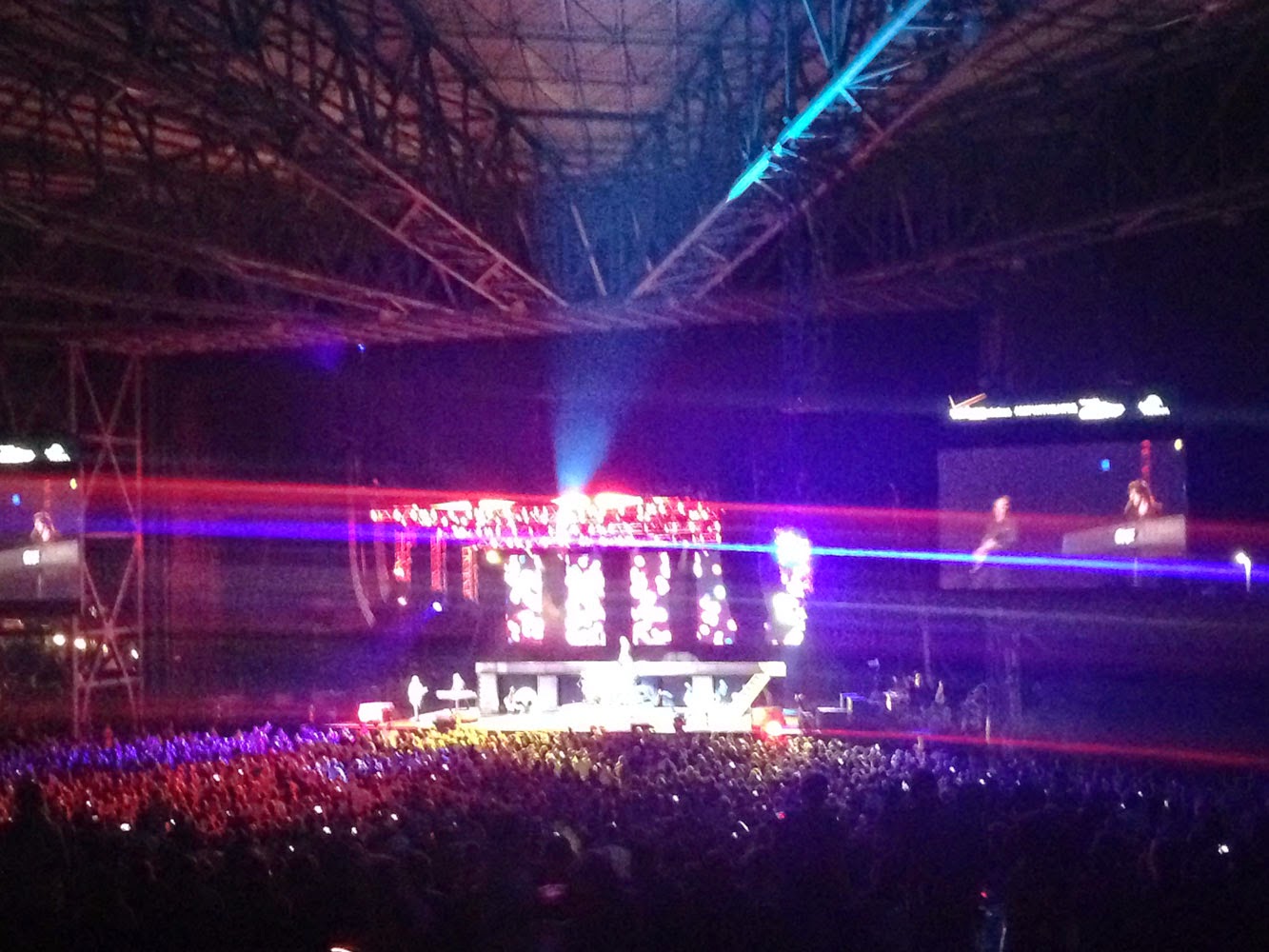 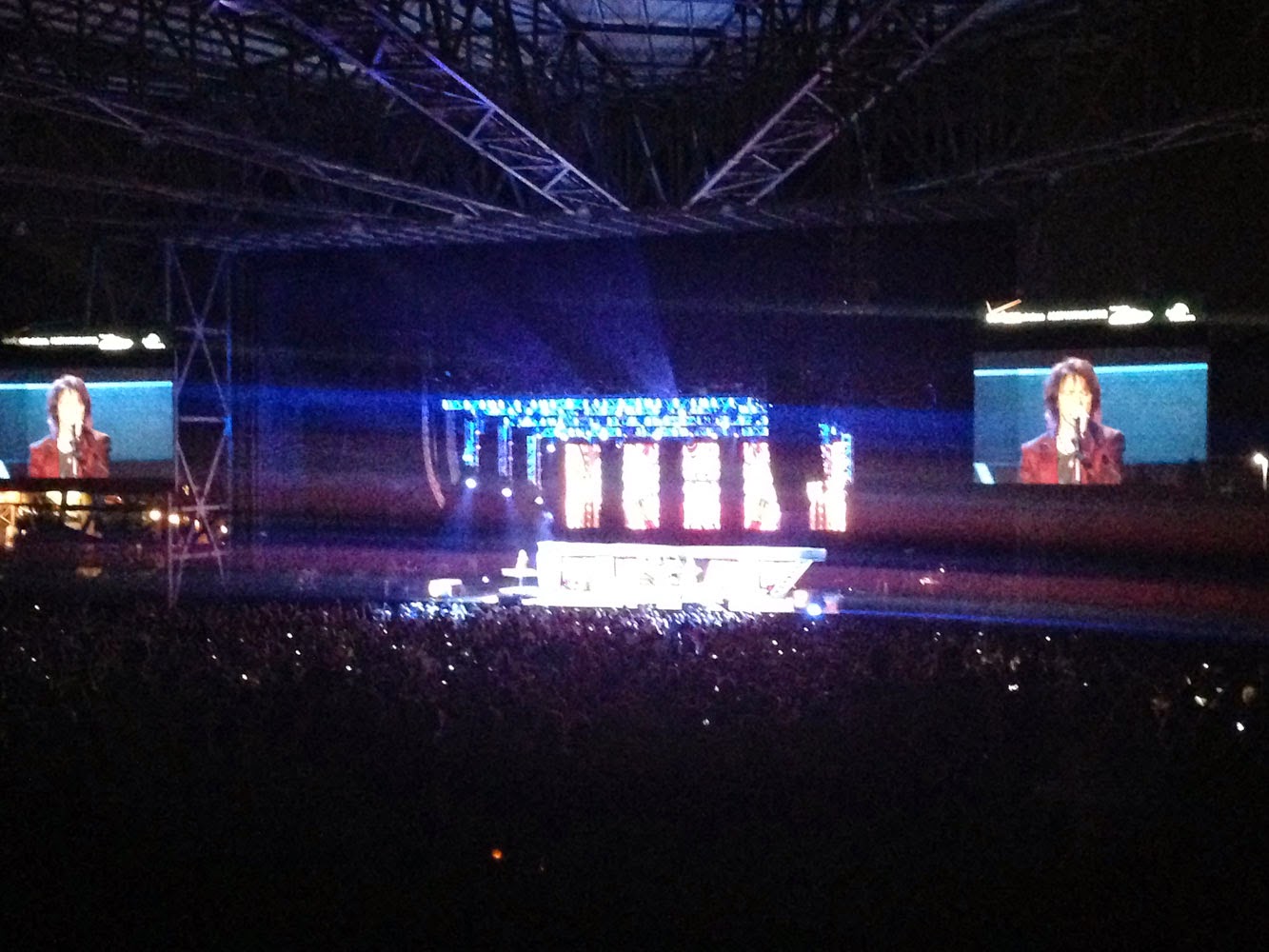 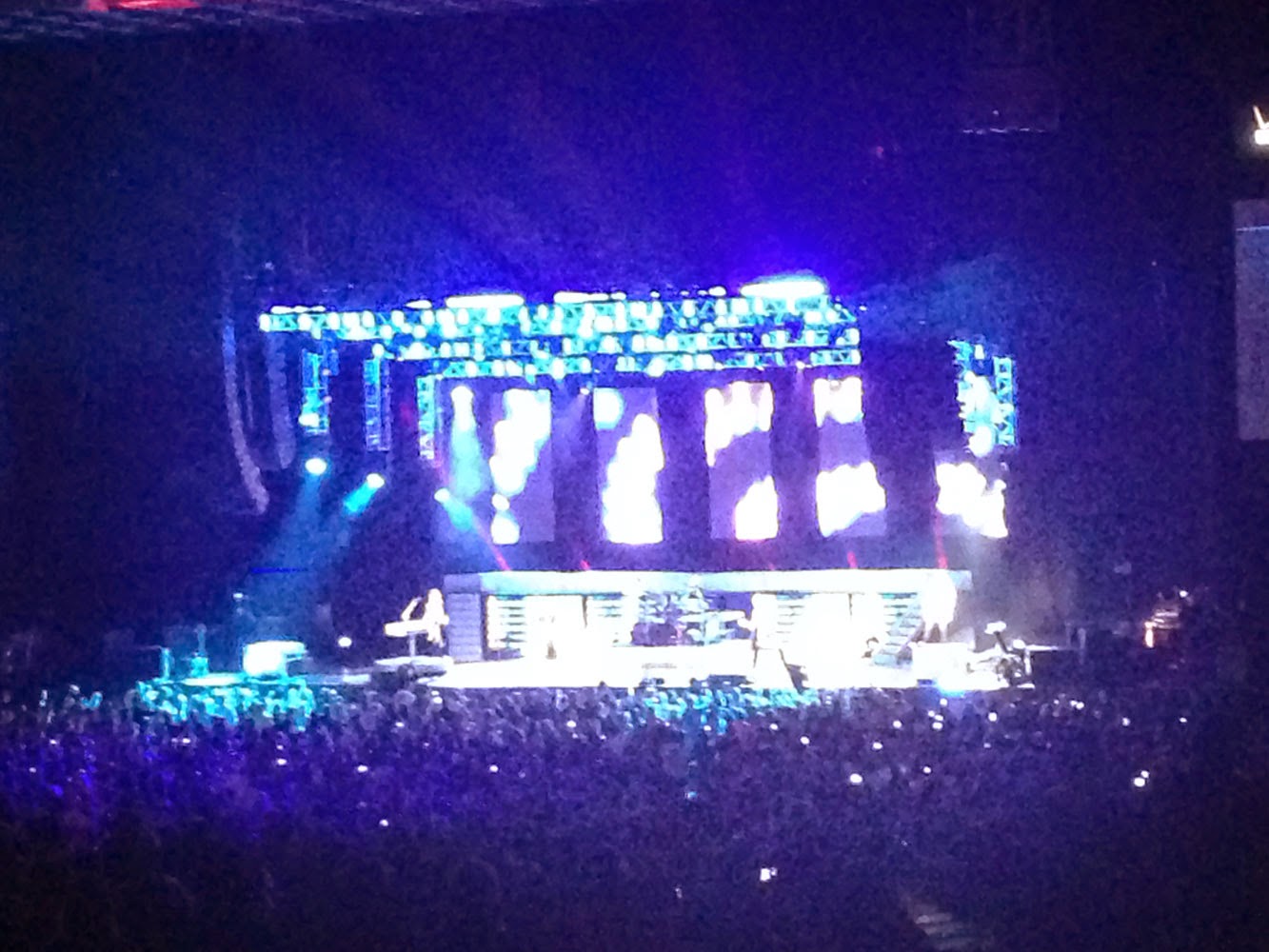 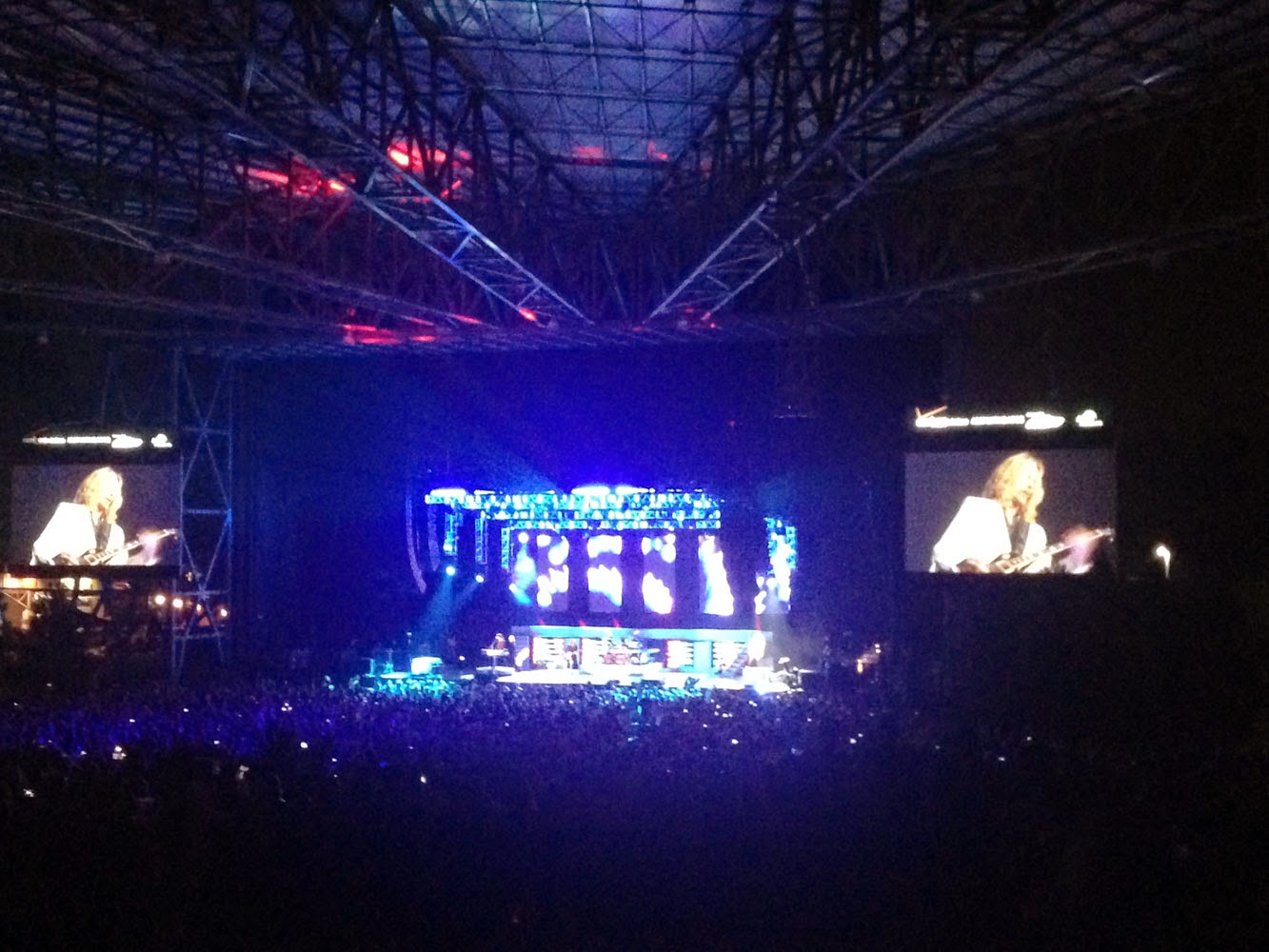 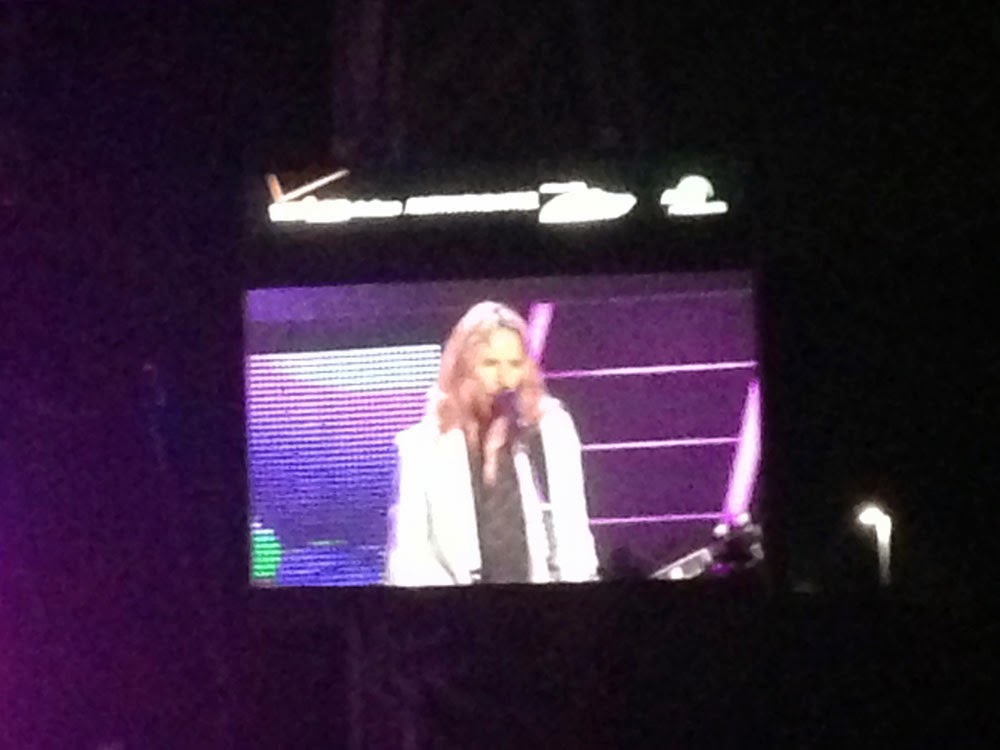 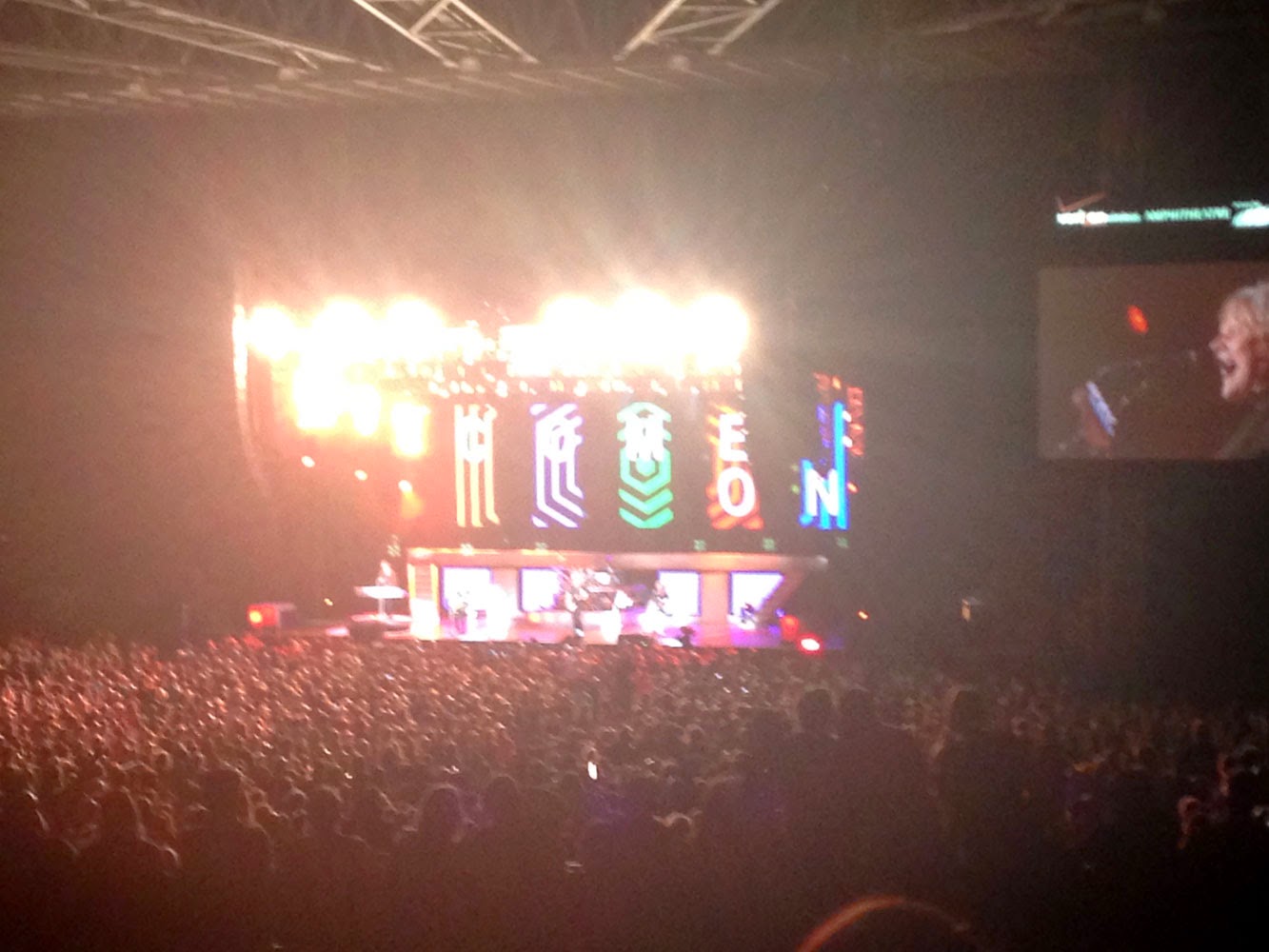 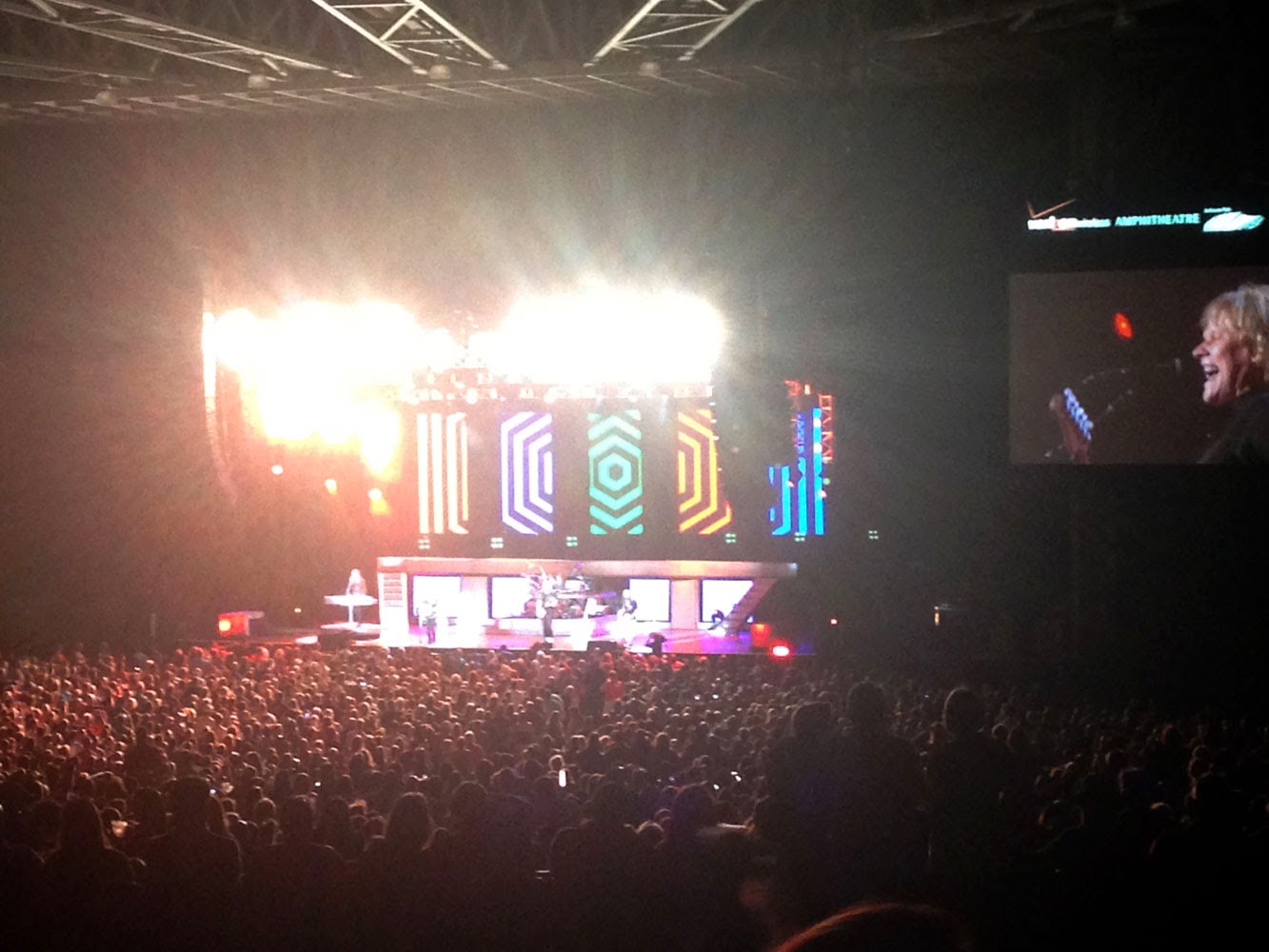 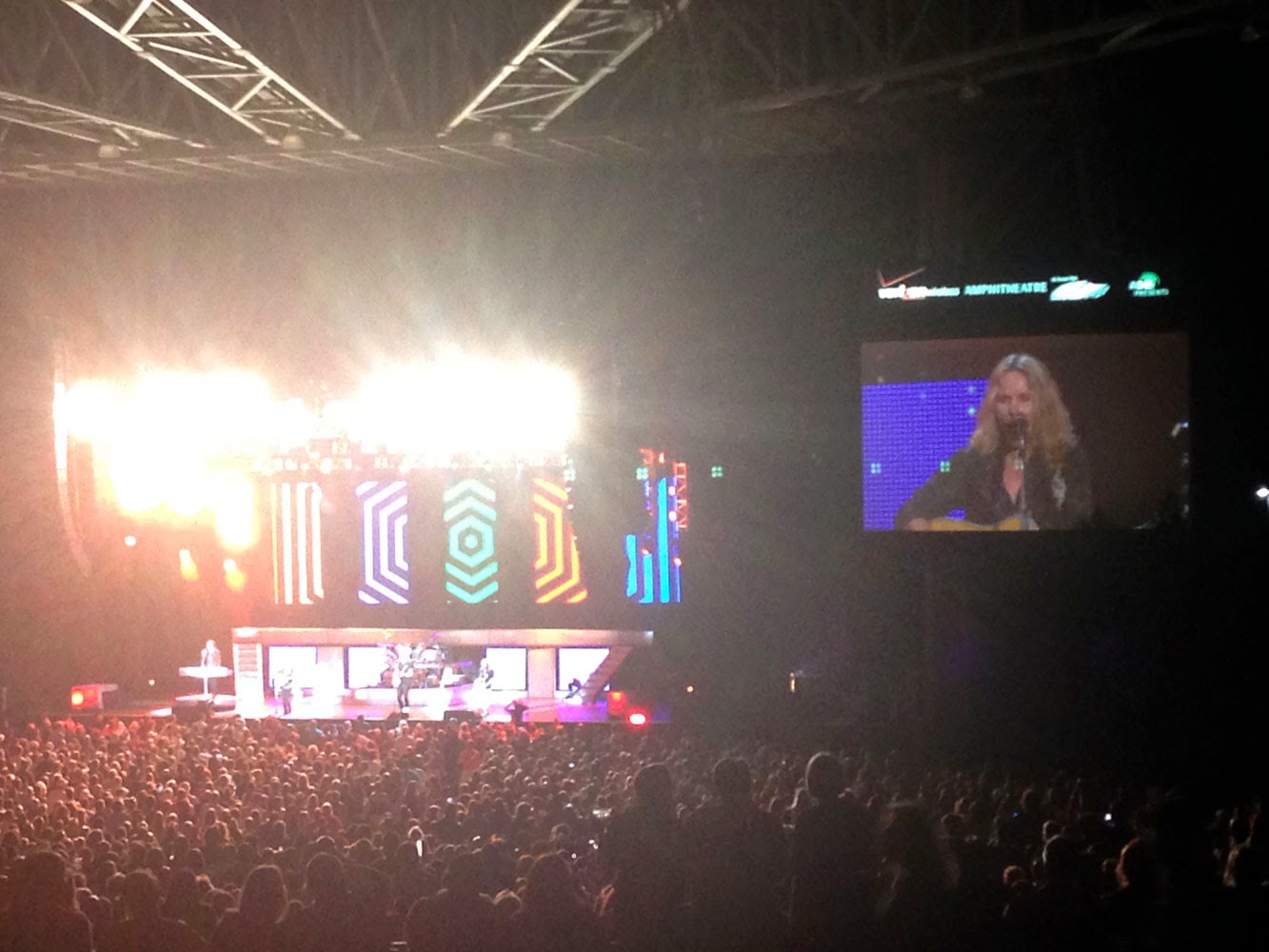 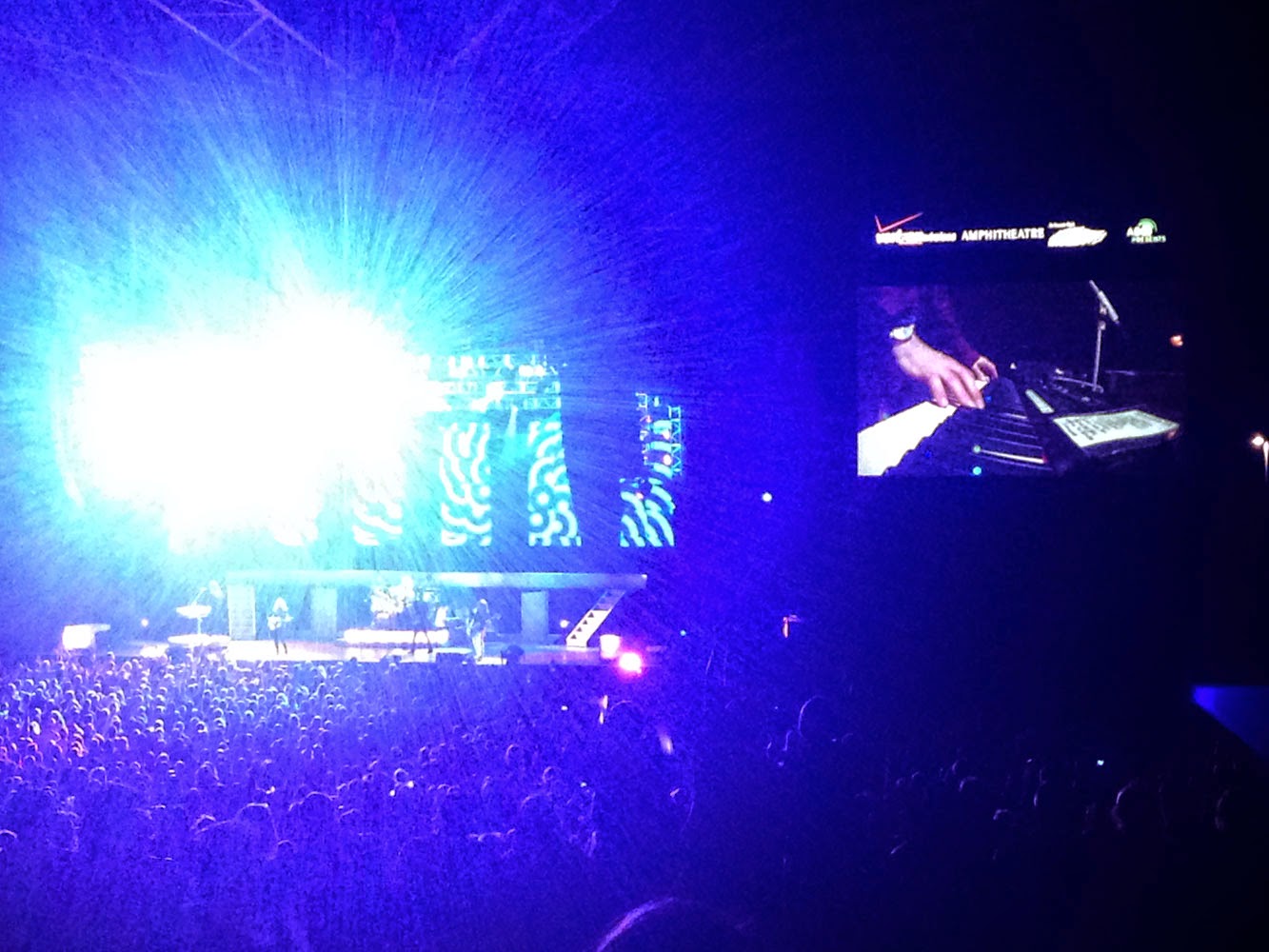 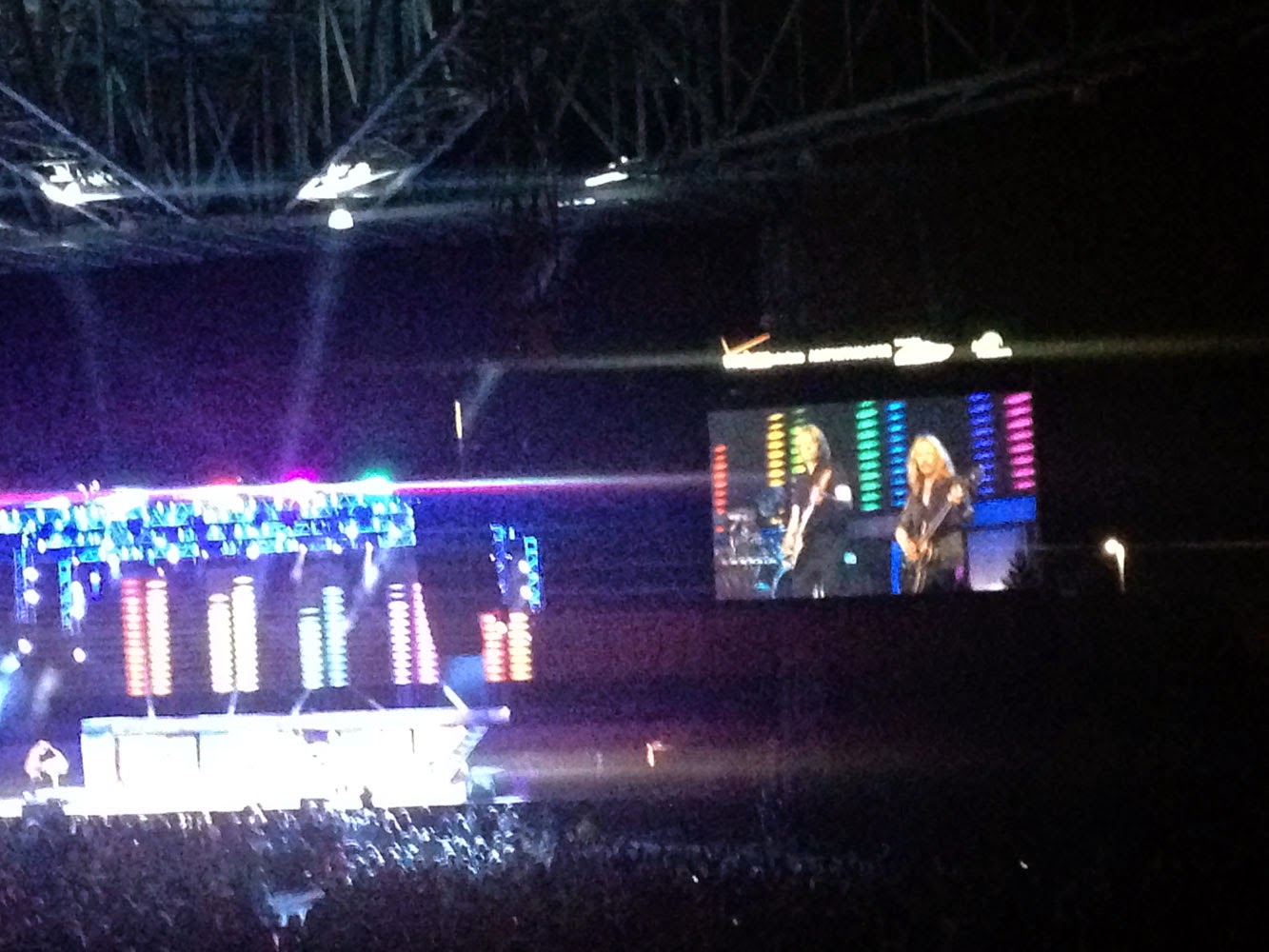 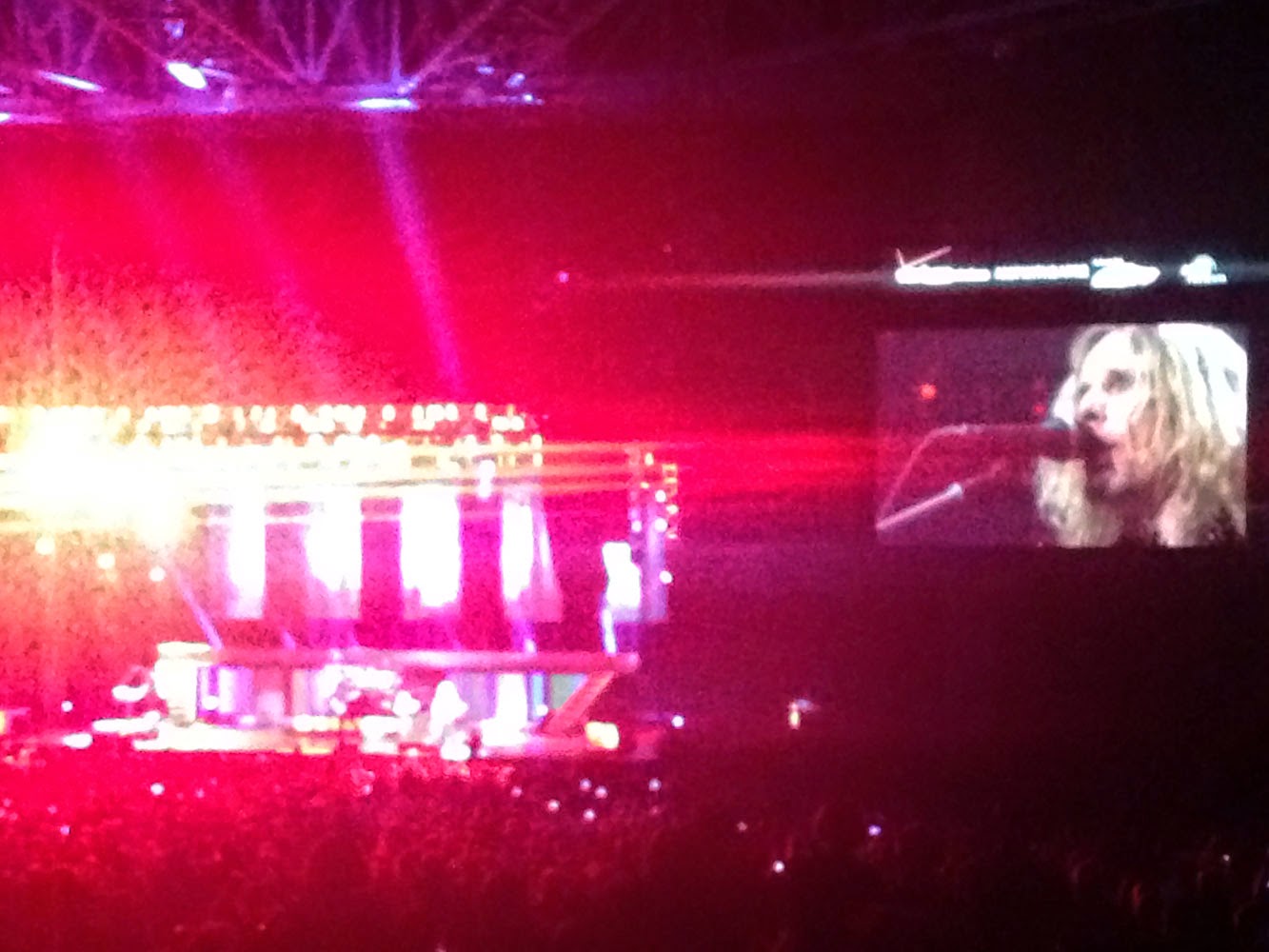 Sorry no video - it was getting so dark that everything in my iphone camera was washing too much so I forwent taking more movies. I did manage to shoot this wonderful "Grand Illusion" T-Shirt in the concessions area, though... 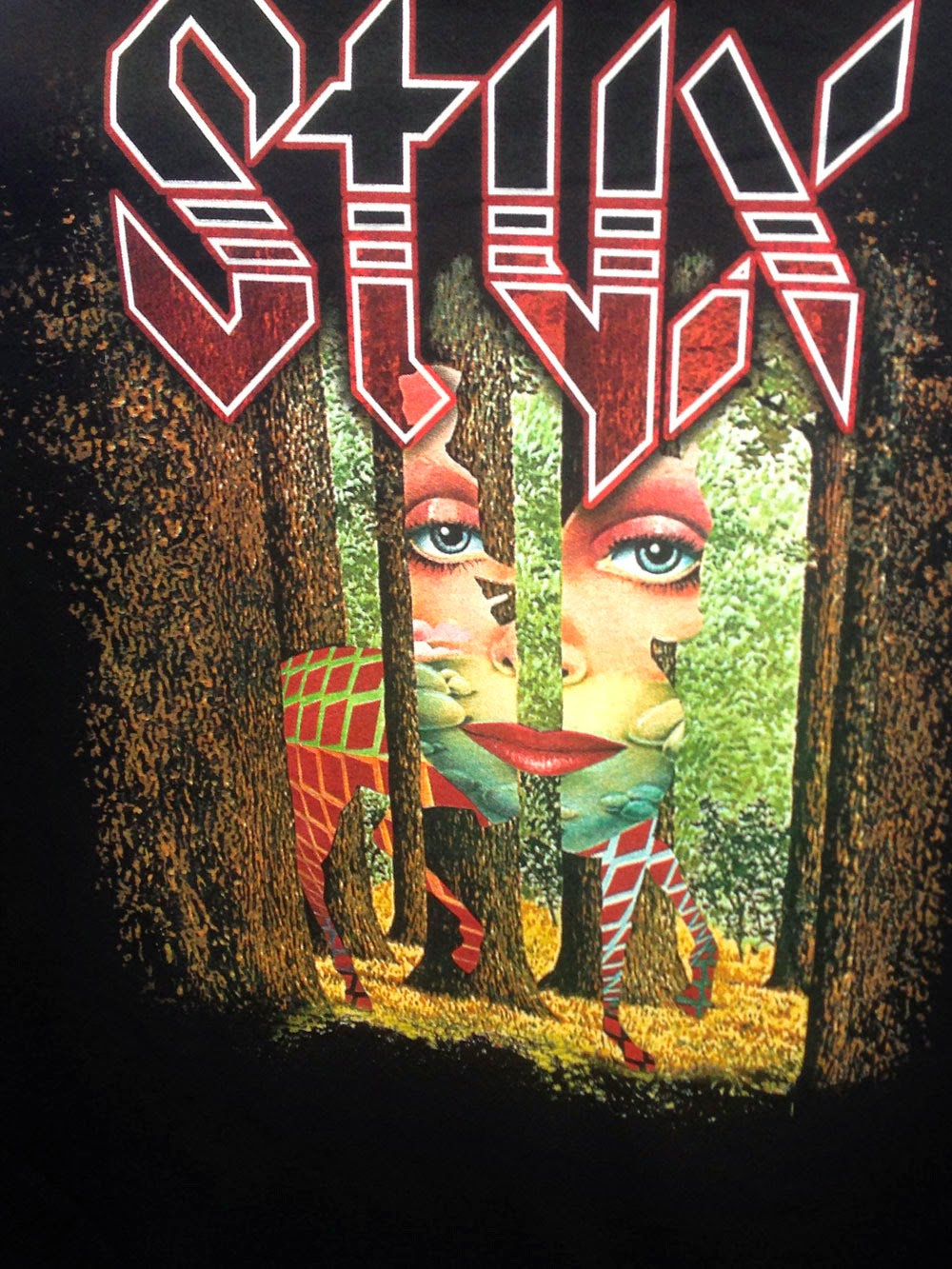 So to summarize - this is a good venue, especially for the sound but it does require some planning - especially for the parking and carrying extra cash if you're going to drink beer. I still really enjoyed myself, even on the lawn, much more than I had anticipated. The trio-of-bands in general ere very good with me being completely surprised by Don Felder and Foreigner, a bit less so by Styx.