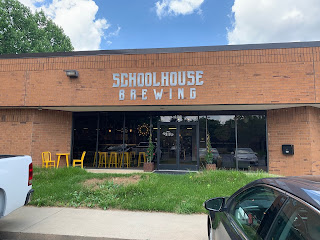 You can find Schoolhouse Brewing at 840 Franklin Ct Ste 100, Marietta, GA 30067. If you're coming from I75, take the Delk Rd Exit to the west and drive to Franklin Gateway (the old Franklin Rd) and turn right (North) until you hit Franklin Ct. This is a short street with a series of commercial buildings - Schoolhouse is at the end in what amounts to a wide parking-lot cul-de-sac and there are several small signs to help you find the path. There's plenty of parking out-front and in the parking lot as it extends to the side, with overflow across the street.

I don't know if I can adequately articulate how much I love this brewery, but I'll make an attempt. It's not just the beer, the location, the brewers, the staff or the taproom, it's the entire concept. Let me explain. 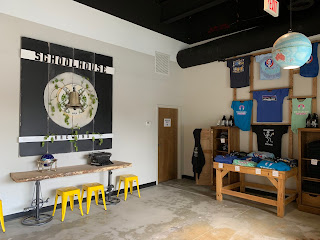 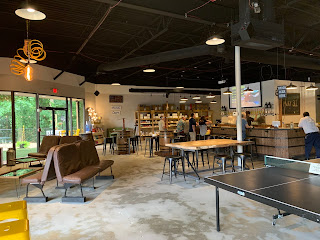 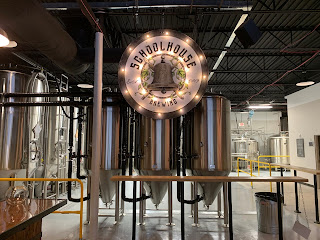 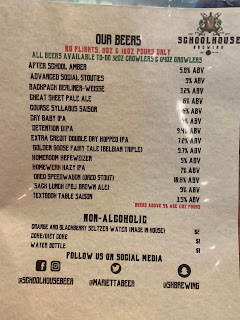 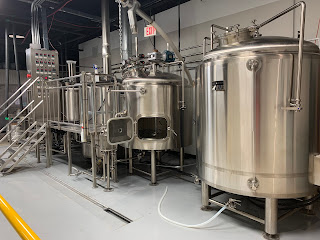 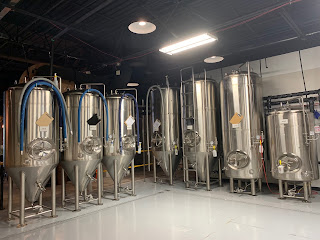 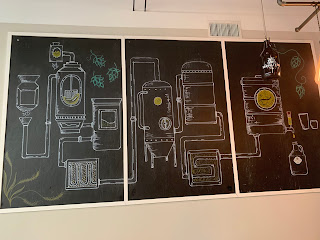 Schoolhouse is the brainchild of brewers Thomas Monti (who has become "the face" of the brewery that you'll see out-and-about) and Justin Waller, two former high school science teachers who shared a love and passion for homebrewing beer. They went into business together with a bottle and growler shop by the same name, where they eventually started selling homebrew supplies - it was this ever changing repertoire of beer recipes, tastings, experimentation, collaborating with other home brewers and everything else that led to the concept of Schoolhouse Brewing - a place where visitors can enjoy an ever-changing series of about 20 taps, infinitely producing beer almost at whim, with a focus on innovation. Not only will you experience new beers every time you visit, you'll also be able to access and read the recipes you like with their concept of open-source beer. That's right, all of their recipes are offered up for free for you to try or modify for your own use. So you can see how this can appeal to me, both as someone who likes to try all different styles of beer, and as someone that's a big proponent of open-source (software in my case).

The space is super inviting with high ceilings and plenty of space to either sidle up to the bar or to occupy tables in small or large groups, plus there's a patio for when the weather is nice. The interior is industrial-modern with school themes everywhere, concrete floors and wood-slab tables. Behind the bar are the 20 taps (one usually has hard seltzer) where you can sample pretty much any style of beer at any one time, lagers, IPAs, Belgians, stouts, kettle sours - you get the idea. According to Untappd I currently have sampled 19 different beers there and from my ratings, I've given 9 of them at least 4/5 stars with 6 above 4 stars. My favorites thus far: 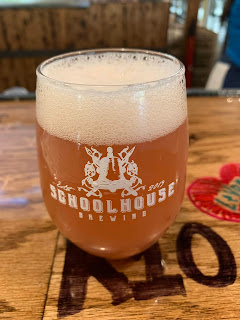 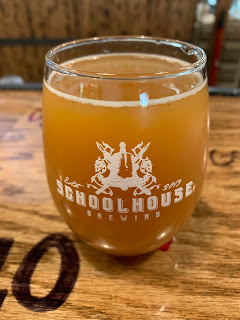 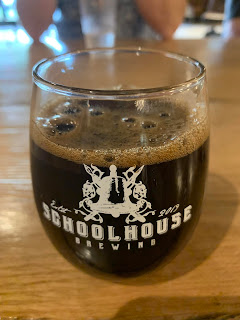 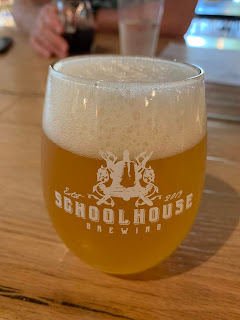 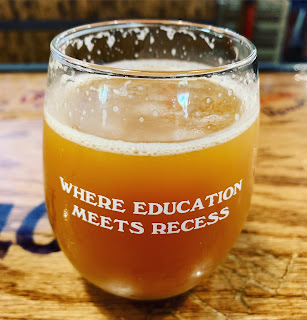 The brewery does tasters (4-5 oz I think) including flights, half-pints and full pints. They have some in between pours for the higher ABV stuff and they also fill growlers or provide crowlers if you're in need. The staff here are pretty awesome, especially the taproom manager and if either of the brewers are there let him know what you liked or didn't like - they're super receptive to feedback. The only downside is that you may need to wait in line to get your pours as it seems to be quite popular. 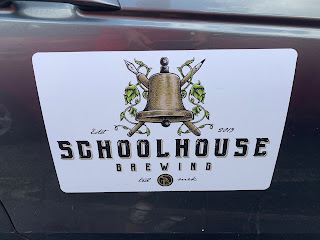 If you're really feeling venturesome, this area has become a bit of a local brewery row, with Red Hare and Ironmonger just down the street. I like how close to I75 these breweries are - makes it super quick to access from the interstate and yeah, it's OTP but only by two exits - they're really not that far out. I don't believe any of them serve food, but Schoolhouse does have food trucks and other food vendors regularly scheduled along with some snacks (the flavored pretzels are quite good).