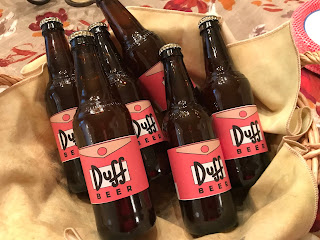 I recently had a conversation regarding what makes a craft brewery a craft brewery and the difference in production that defines a nanobrewery, etc. What I've found out is that there basically are no definitions that are agreed upon by the various brewery associations, etc for craft brewery, microbrewery or nanobrewery. It seems that this is mostly a self-defined term more than an accepted system (although there may be some states or countries that DO have set terms and limits, I did find a set of Craft Beer Industry segments from the Brewers Association,  so lets start with some definitions from Wikipedia and move to those:

A brewery or brewing company is a business that makes and sells beer. The place at which beer is commercially made is either called a brewery or a beerhouse, where distinct sets of brewing equipment are called plant.

A microbrewery or craft brewery is a brewery that produces small amounts of beer, typically much smaller than large-scale corporate breweries (Ed: aka production brewers like Inbev and MillerCoors), and is independently owned. Such breweries are generally characterized by their emphasis on quality, flavor and brewing technique.

Back to the topic of size definitions - the various terms have to do with the quantity of beer a brewery produces rather than the Segment definitions above. To determine the size, you start with the number of gallons or barrels of beer that the brewery creates per batch of beer (30 gallons to a barrel). Thus the size of each batch is limited by the size of the brewing equipment that is available to the brewery - you see these as fermenters and conditioning tanks (aka brights) when you look at the brewing facility.

By one definition I found, a largish craft brewery can make in excess of 100,000 barrels of beer each year - that's about 3 million gallons. For example, in 2013 the local Sweetwater Brewing made about 192,400 barrels of beer. Also in 2013 SweetWater ranked 26th among the top 50 U.S. breweries and 19th among the top 50 U.S. craft brewing companies based on sales volume because it produces less than 6 million barrels of beer annually (which seems to be the threshold for production brewing - think Budweiser or Miller). I think I read a couple of years ago that Sweetwater was now at 18th largest so no telling how much it's currently producing. I've read that they plan to open a location on the west coast and eventually also open a location in the central states so they're on the verge of bleeding into production brewing. Is this still craft beer? According to the Brewers Association, no.

In contrast to a production brewery, most larger microbreweries use between a 30 to a 60 barrel brewing system. Also most production breweries typically only have one brew system so they'll do big runs of each style, one at a time, unlike Craft breweries which can have several brewing systems where they can produce several batches at a time. What I've seen recently in craft brewing is for a largish batch of a style being made, then changes made during conditioning with adjuncts to make variations (for instance, make a large batch base Berliner Weisse then change up the fruit content so you have several releases from the same basic batch).

An average microbrewery producse around one batch of beer a day to two days. Many still produces beer using 15 barrel systems every 1-2 days for a total of 3000 barrels a year.

A nanobrewery usually uses a 3-7.5 barrel system (a fifth to half the size of a typical microbrewery) and only produces a few batches per week. Nanobrewery output is typically about 1000 barrels a year. In comparison a brewpub typically produces about the same volume per year so about the same size only most of the beer is consumed on-premise.

How about a picobrewery? This is even smaller than a nanobrewery, where the batches are made using a 1-3 barrel system and production is every-other-day to weekly for around 500 barrels a year. Compared to home brewer, which by definition is only allowed to make up to 200 gallons for personal consumption (otherwise you have to have a state and federal license), at 30 gallons to a barrel that comes out to 6.6 barrels each year. Most home brewers start with a 5 gallon system for each batch which is about a sixth of a barrel - also most home brewers brew a batch every couple of weeks to months or until the beer runs out.

So where does that get us? I think the loose thresholds are these:
Using the above it would put Sweetwater firmly in the Regional Brewery category but it's a bit fuzzy. I think most still consider them a craft beer producer (and with all the specialties coming out of the Woodlands Project there is an argument for this). Terrapin's facility currently can produce about 18,500 barrels annually but it's a moot point, since they're now owned by MillerCoors which takes them out of the craft brewery category.

Thoughts or comments on this?