You can find Six Bridges Brewing at 11455 Lakefield Dr STE 300, Duluth, GA 30097 at the end of a small industrial park across from the Atlanta State Farm Operations Center - basically the southeast quadrant made up from the intersection of McGinnis Ferry and Hwy 141. I think it's along the northern edge of John's Creek and to the east of Alpharetta, but fairly close to both. Parking is in front next to the patio, along the front edge and wraps around to the left facing the front door - there seems to be plenty but you may need to walk around the building. 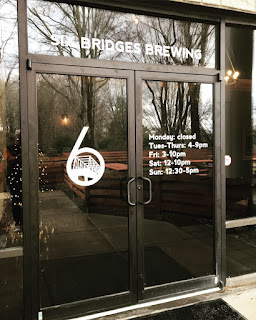 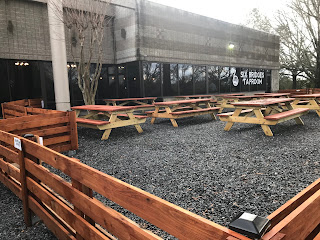 I've been aware of the creation of Six Bridges for some time as there have been several posts about it on the Atlanta Beer Community Facebook group - that's a good source for local brewery happenings. The good folks at Six Bridges also have a FB page where they post updates frequently so you may consider following them - also a fairly new website. Tyler is their social media guy and is quite active. They did their soft opening over Christmas 2018 week and have had limited hours since though they seem to be settling in - currently open from 3:00 or 4:00 to about 9:00 with extended hours on Saturday and as with most Atlanta breweries, closed on Monday. 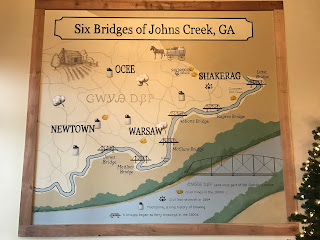 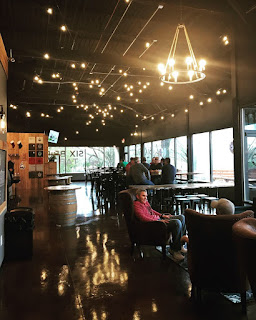 The interior of Six Bridges has a in industrial modern vibe with tall ceilings and concrete floors. There's some lounge seating as you enter that opens to long tables, a few tall smaller round tables around the edges and the taproom/bar along the back edge - some windows allow you to see the operational tanks in the room beyond. It's not as noisy as many similar industrial setups so you can still carry a conversation. There's a large mural right when you walk in that shows the locations of John's Creek's 6 bridges (thus the name - some explanation on the website). I immediately liked the vibe of this place and felt quite comfortable there. You can see the large patio with tables out front - so far a bit too cold to enjoy but I'm sure it will be filled to the gills once they get cranked up. 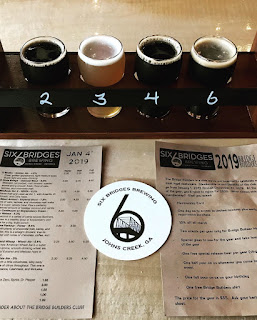 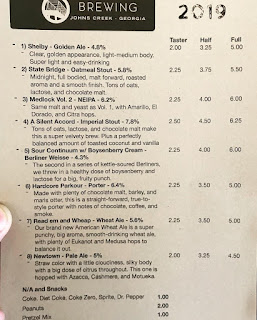 I've since visited twice - the first time about a week after the soft opening and the second time a couple of days ago - they aren't that convenient to me but when traffic is really bad it's sometimes worth it to go east then south from my work in Alpharetta to my home near Doraville. On the first day business was brisk with about 20 customers in the taproom - I ordered two flights, tasting all 8 of their initial offerings. They've since added another IPA with a new sour scheduled for next week. Here are my initial impressions, recorded while drinking into the Untapp app: 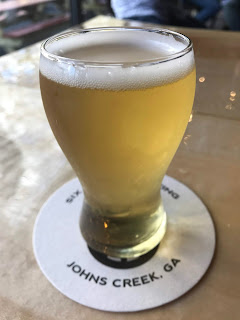 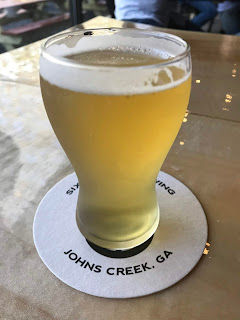 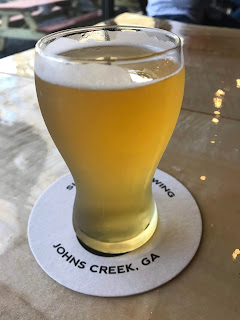 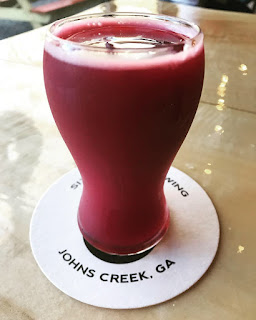 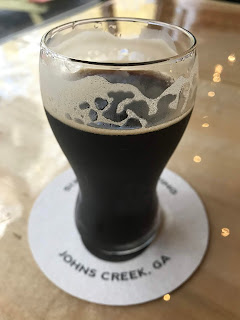 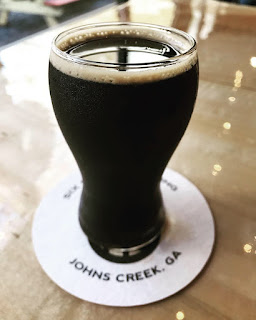 A few notes:
* The above reflect my own personal preferences of stronger, darker beers. I can appreciate beer with lower ABV but since that's not my preference I tend to lose some of the subtlety.
* When I've noted that the beer is green it means that there needs to be just a bit of aging on the beer to clarify out some of the esthers and produce more mellowing - a bit more conditioning. For an operation like this, once they get into the groove of production the beer will become liquid gold.
* My favorite was the Imperial Stout - unexpectedly quite good. I also liked the Boysenberry Cream and have had it since the initial tasting - I like it better every time I've had it.

Service here is quite good - they have a good mix of new pourers and a couple of old-hands. I think they'll work into the most efficient mechanics of taking orders and serving beers. Prices range from a couple of bucks for a taster pour to around 6 for a full pour with flights of 4 glasses available - quite reasonable. Both times I was there I recognized several faces in the crowd from other beer or brewery events.


In closing this is a great addition to John's Creek and the Atlanta beer community - great taproom, service and beer. I'm looking forward to see what they grow up to be.