You can find the Boathouse Rotisserie & Raw Bar, as the name would suggest, at 1459 Riverside Dr, Chattanooga, TN 37406 overlooking the Tennessee River. The views, especially from the deck and many windows, were quite good - you can see the touristy duck boats plying the watery sights, a neighborhood across the river and part of a park. Parking is out front and to one or more sides (building sits on a hill) - there seems to be plenty, at least during this late afternoon visit - I imagine they get quite packed in the evenings. 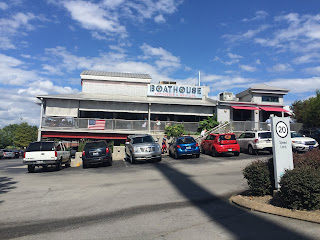 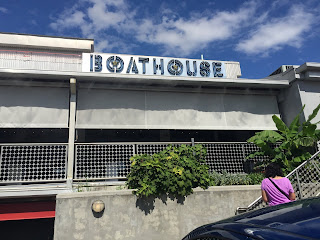 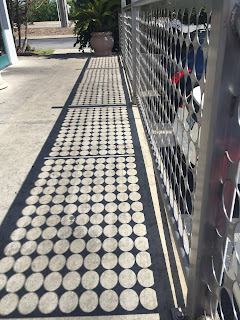 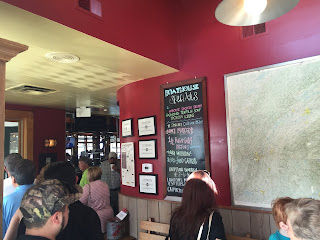 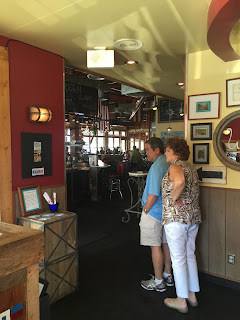 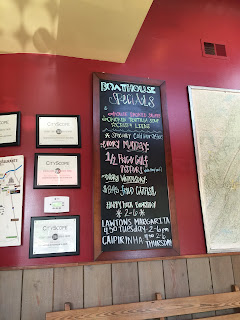 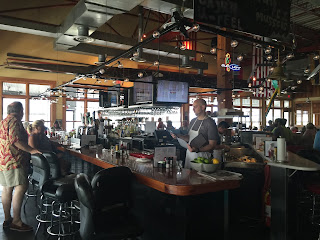 I was here with with local family (niece, nephew, pair of small kids, Mother-in-Law and father) and my also visiting brother and his wife and the restaurant had no problem seating us quickly, we waited less than 10 minutes while they got a table ready. The interior is very comfortable with rustic wood wainscotting and red painted walls - the theme is nautical and the full bar expansive. Menu offers up what you would expect in local catch (trouts and other fresh water fish like catfish) and an assortment of shellfish, shrimp and ocean catch. They also have chicken in various forms, salads and sandwiches. 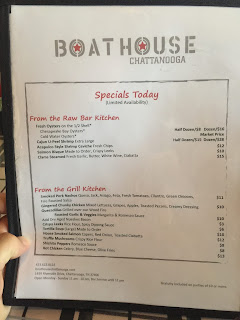 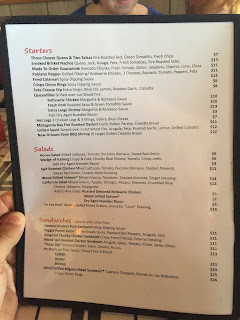 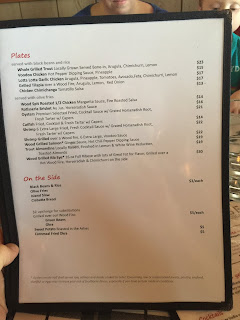 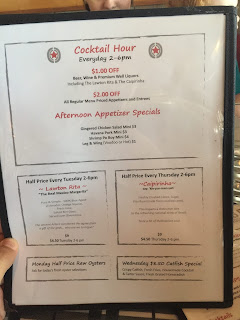 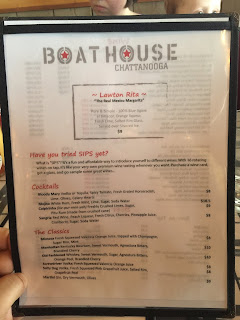 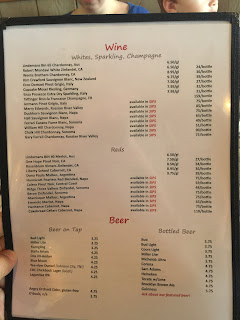 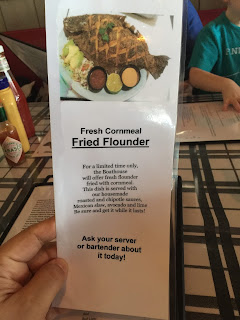 I started with a Bloody Mary  and asked for it spicy - it wasn't very but you could tell they at least tried - it came with an bouquet of things to much on - Spanish olive, lime wedge and whole celery stick - I in general liked the mix but a bit more Tobasco would have made it perfect for me. I paired this up with some oysters on the half-shell - they were quite fresh but probably could have used a dunk through some brine to rinse off the silt. 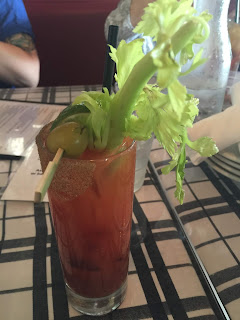 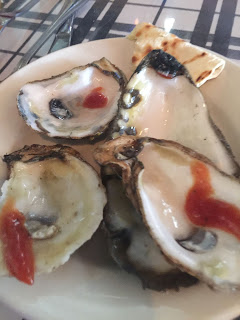 The plates were all very large and filled to the gills, especially with the string fries. I tried everyone's selection and as you would expect, the fried fish was excellent. The Trout Almondine was better than expected, one of the best I've had in a while. They also serve up a big slice of sourdough bread - crusty on the outside, chewy full of air pockets on the inside that was quite good. I also liked their black beans and chimichurri which came with some of the grilled and fried items. The slaw was the super-fresh style, more cabbage than mayo - I liked it but it probably could have used either more acid (my preference) or more fat to make it creamy. 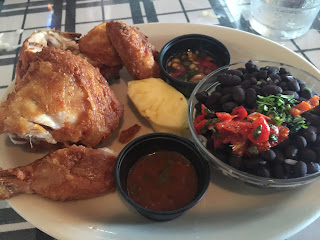 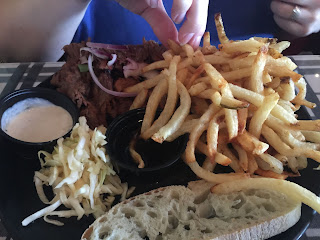 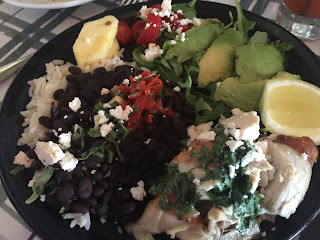 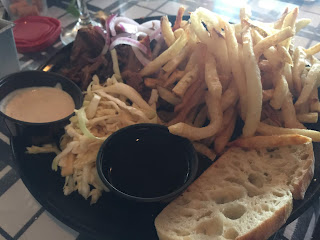 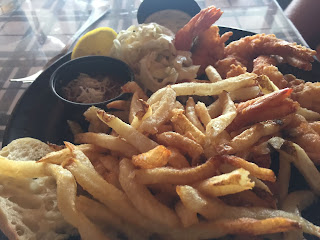 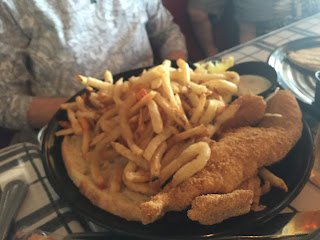 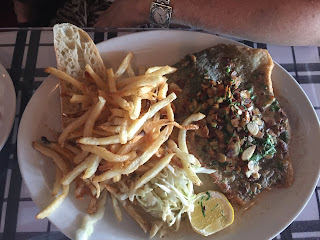 Service was good if not exceptional - good when the server was around but she allowed some water glasses to empty. Very kid friendly but I suspect this becomes more of a drinker's world in the evenings, especially late weekend evenings hanging out on the decking, drink in hand. I'd rate the overall experience, ambiance, food, service close to 4/5 so rounding up to 4.