You can find the Tucker Brewing Company at 2003 South Bibb Dr, Tucker, Ga 30084 in the industrial park behind the Sam's on Mountain Industrial Blvd. They have some parking but for this event, the Grand Opening, parking extended for about a half-mile radius along the streets and lots for closed businesses - luckily there was Dekalb police and hired help around to direct traffic - it was a bit of a madhouse. 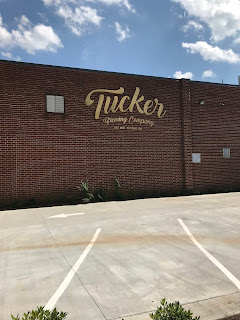 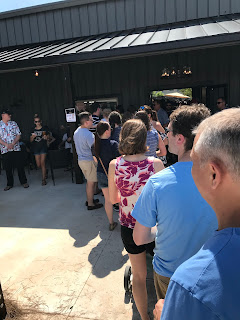 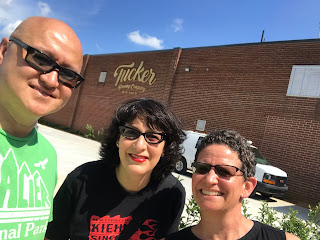 I first became aware of this brewery on Facebook as a page was created and some posts began targeting this date. I went with my wife and a friend - for this occasion there was a $10 admission charge where you get a "Tucker Brewing Company" gold printed glass (they started with tall pilsners, went to a stemmed and finally a regular pint - we arrived when the stems were being given - about 4:00 PM but later traded for the normal pint as it was heavier and frankly, fit our cabinets better) - you also received two tickets so you could fill your glass twice. Afterward you could be additional fill-ups. There were also sodas available for the non-beer drinkers with a small charge to cover the glass.

You walk into the front and emerge into an expansive bar area with a brilliant sun-logo on the wall. You could fill your glass at this bar or at a small station setup in the patio. The interior is industrial modern with exposed wood surfaces and metal finishes. One negative was that at some point a pipe broke (or something) int he men's restroom so there was water all over the area directly behind the door - some guys were quickly addressing the issue so I would call this a normal, opening day hick-up. The place was a madhouse with a few hundred inside sitting at tables drinking or standing at counters trying to get refills. There were plenty of people behind the bar for refills but I think it would have been better if they didn't allow seating at the bar stools - either that or designated lines as you had to reach over the people who were seated at the bar. 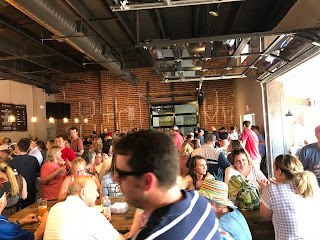 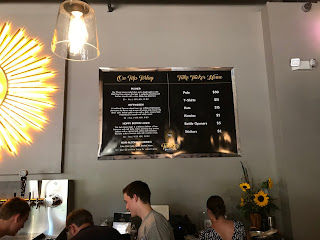 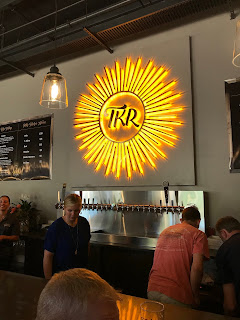 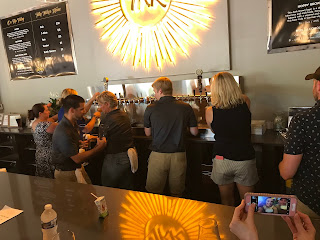 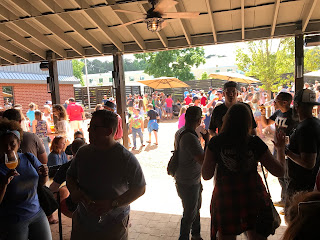 Walking through this main area there's a pretty great patio in back that stretches to the side - the band was to the right doing mostly southern rock favorites - on the left side in back were a pair of food trucks. Between there were several patio tables filled with people and kids running around - a couple of corn hole stations were along the left leading up from the main hall opening to the food trucks. This is an awesome patio with plenty of space for large gatherings - I can see some fire pits being added in the future. In fact the entire space was very well executed, inside and out. 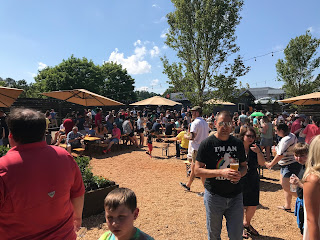 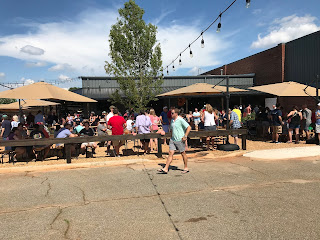 For beer, The Tucker Brewing Company has as part of it's mission the brewing of German style beer - on this day they had three different: a Pilsner, a Dark Lager and a Hefeweizen. I started with this last - I found it light, slightly oily to the mouth and very refreshing - a very solid 3.5/5 if a bit green (I think with some age it would be a 4/5). Note that all three beers seemed a bit green to me and could have used a bit of age before serving, but that's not to be unexpected with a new brewery (the only one I haven't found this to be true at was Arches down in Hapeville and I've attended a lot of early brewery openings). I also thought the Dark Lager quite palatable, once again a bit green - about a 3.5/5 lacking a bit of complexity and tasting a bit hoppier than I would have expected. I'm not a fan of Pilsners at all (I grew up drinking the stuff and the acidic taste makes me gag) so I only tasted some from a companion's glass. This one fit right into the flavor profile I expected. I won't rank it since it's not something I particularly like, preferring the range from IPA to Porter/stout and higher ABV. 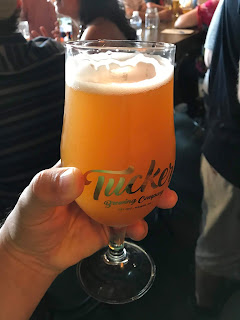 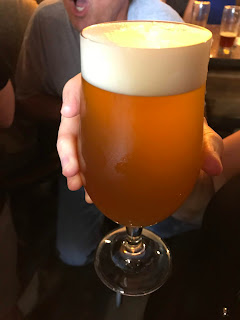 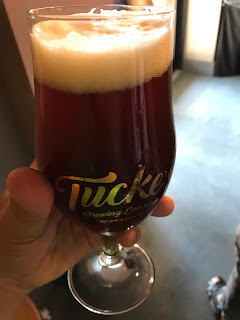 Trying to get my second glass filled became a bit of a challenge - not sure what happened but they put a stop to the pours at the bar and suggested going to the station outside (which only had the pils at the time). Once they got back up and running there was quite a bit of foam they were trying to pour through - not sure if it was keg changes, an issue with the CO2 tanks or what, but again, these are common opening day hick-ups. I think they were quite happy with the turnout and community response. 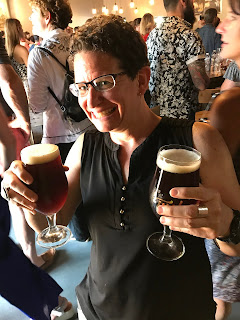 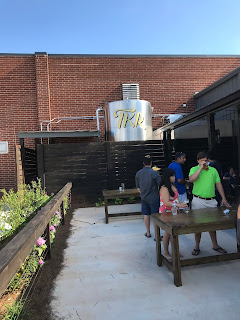 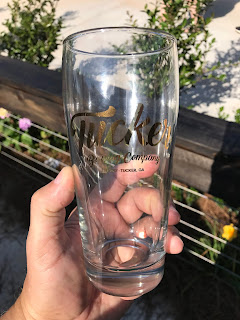 Overall I liked this place a lot and think it will make a huge impact on Tucker. I think with some broadening of their catalog they will become a  big hit as they seem to be doing things right.