You can find J's Mini Hotpot Deluxe at 4897 Buford Hwy Ste 160, Atlanta, GA 30341 in the shopping center just south of the crux of Buford Highway and Chamblee Tucker Rd, Southeastern quadrant. This shopping center is anchored by the venerable Hoa Binh Supermarket. The shopping center also contains a handful of restaurants worth trying, including Pho Bac and Harmony Vegetarian Chinese. There's a lot of available parking, but these restaurants (and the market) do get quite busy - J's is located right across from Pho Bac and there's usually plenty of parking on that side, even at prime times. 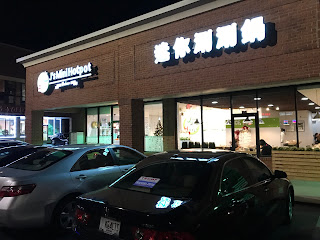 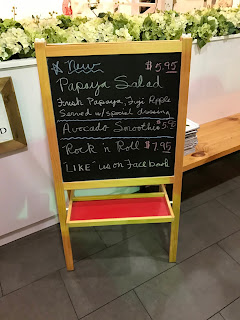 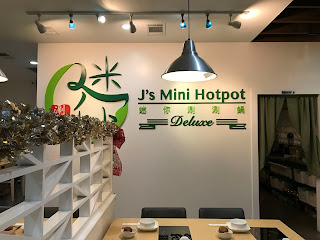 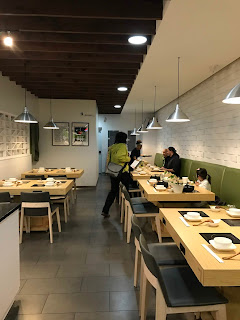 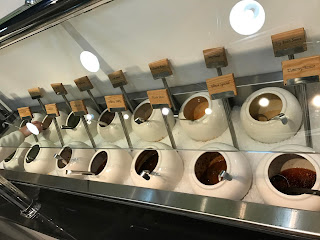 I had eaten at a hot pot restaurant either in the same location or nearby many years ago - as I recall it was a bit mediocre - you sat at tables with built-in hot pots where they would load in bullion cubes and you went from there - I don't remember the name of the place (it wasn't much worth remembering). I wasn't sure if J's Mini Hotpot Deluxe was the same place or not - I'm very happy to say it's not. J's by contrast is a super clean, modernist, well-lit and new establishment with individual induction plates built before each seat - this is nice as you can control the amount of heat and cook for each pot, important to produce good cooking results. On this occasion I attended with a group of my regular Buford Highway Restaurant Crawl group. 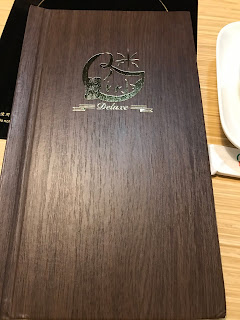 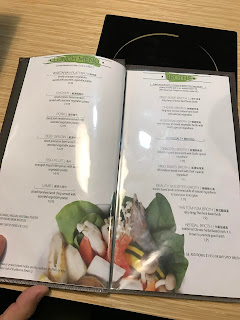 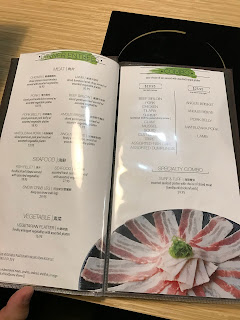 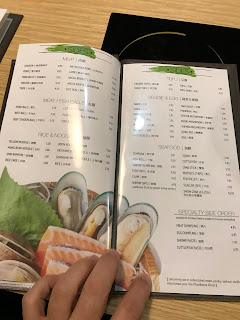 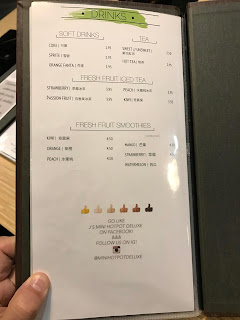 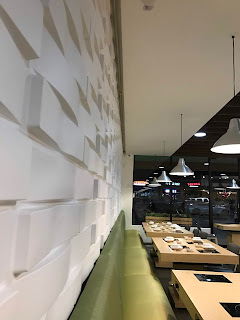 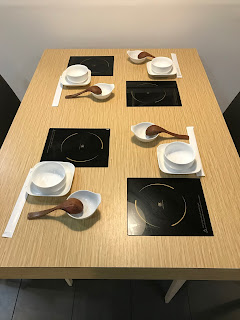 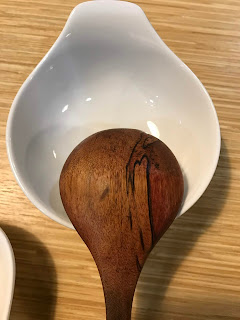 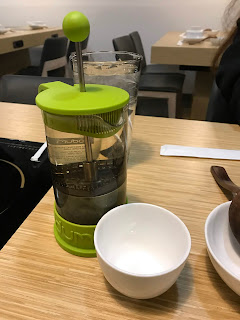 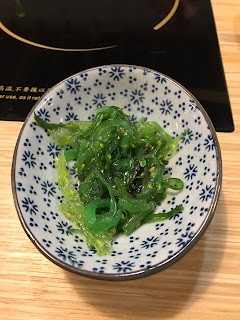 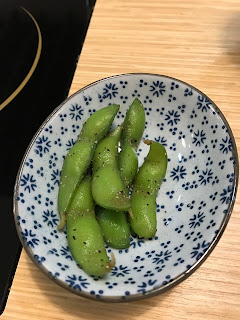 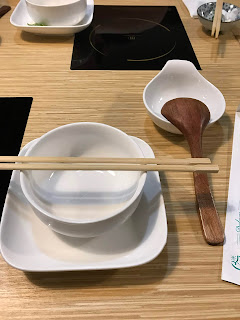 The menu has a page of lunch items and then a description of the various available broths. You select the broth you want and then the entree which features: chicken, lamb, pork, beef sirloin, pork belly, Angus brisket, Matsuzaka pork, Angus ribeye, fish fillet, seafood, snow crab leg or vegetarian.  There are also combos where you pick two meats from one of two categories or a Specialty Combo featuring Surf & Turf (assorted seafood with choice of sliced meat (beef/pork/chicken/lamb) - they cover pretty much everything. 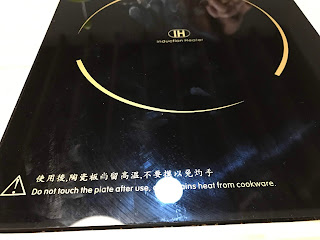 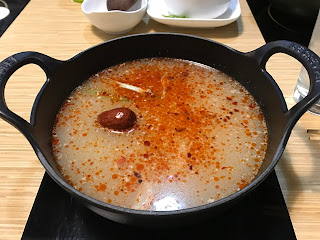 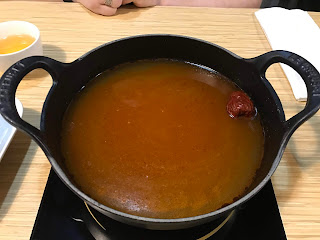 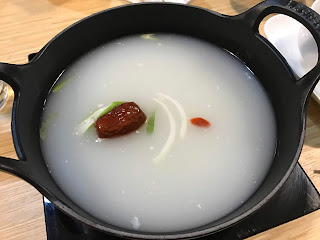 After selecting you're given a few apps including a nice seaweed salad and some edamame along with a metal pot that has your broth selection - you're also given a bowl of veggies with a  few pieces of tofu and a whole prawn, to start things off. You add your meats or vegetarian selection to the broth along with an egg if you want the rich tastes - as the food is ready you can remove and enjoy as a soup. There are also optional seasonings you can add to spice things up, conveniently located in something like a seasoning bar. The food here is quite filling and very good. We all tried something different and everything was quite good - this is a great option but especially welcoming during chilly fall or winter evenings. 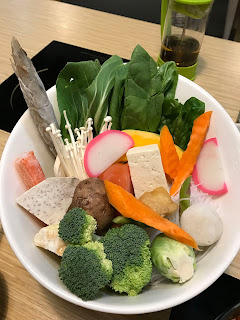 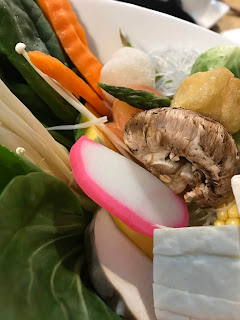 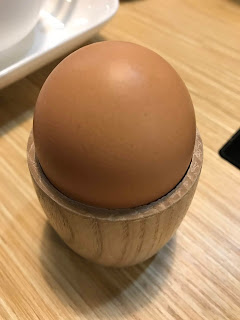 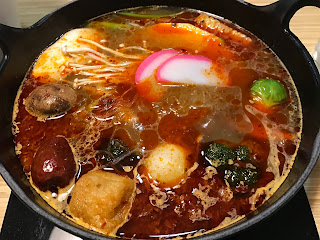 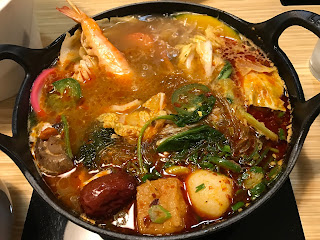 The service here was also quite good with plenty of attendance and helpful suggestions. I've since eaten here again and everything was quite consistent with my first time. I think this is probably the best hot pot restaurant I've experienced in Atlanta (of course I haven't been to them all) - if you like this style of cooking and food I highly recommend you try J's Mini Hotpot Deluxe. 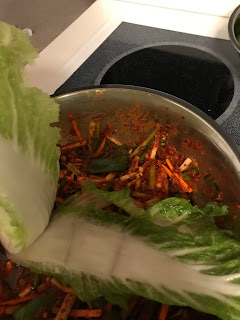 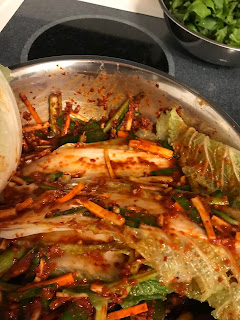