You can find Pontoon Brewery at 8601 Dunwoody Pl, Ste 500, Sandy Springs, GA 30350 - this is a series of buildings as part of a business park right across the street from Quicktrip - Pontoon is in the building to the far left (Building 500) and they have the space on the left corner. There's plenty of parking out front and to the sides. 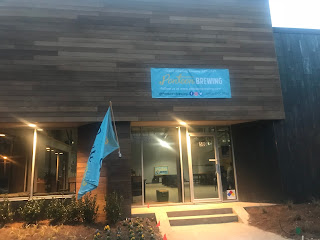 I was invited by a few friends to attend Pontoon Brewery's "soft open" and I'm very glad I did. I was a bit skeptical of Pontoon as I hadn't heard anything about them - a search online quickly found their website and frankly the beers noted there showed very little that I would be interested in - at least as part of their current production. I was happily wrong in my thinking as what they offered on tap exceeded my expectations. 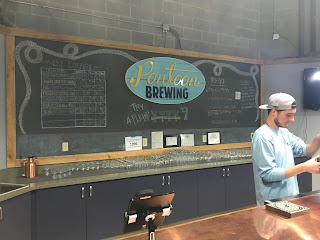 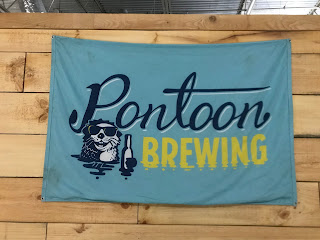 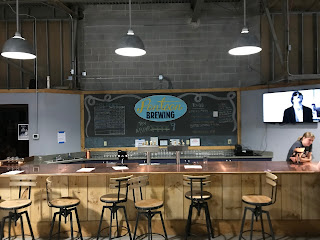 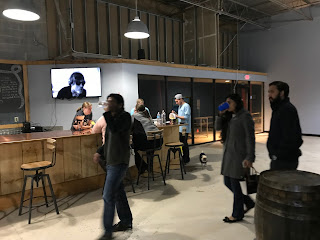 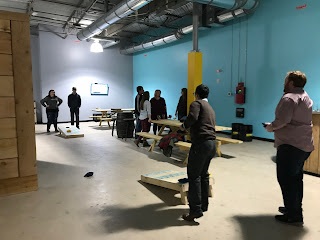 When you walk into Pontoon you're basically in a converted warehouse/office space with high and exposed ceilings. The bar is to your left and there are tables scattered about. To the far right are the restrooms and a secondary bar (looks like something they travel with) - while we were there some people got out a cornhole game and started playing in that area (yes the ceilings are that tall). 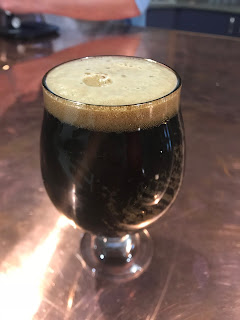 I arrived a bit early with my friend Arvin and ordered up a - Black Squall Russian Imperial Stout (Smoky, Dark Roast Coffee, Bittersweet, 9% ABV) - I ordered a 12 oz glass at the very reasonable price of $6.50. At Pontoon you can get classes from a 2 oz sample size all the way up to 16 oz with scaling prices. You can also order a flight of four $9 which is a great deal. The Russian Stout was appropriately opaque and delicious with great chocolate/coffee foam and "legs" - it was like drinking an awesome espresso and a great started. 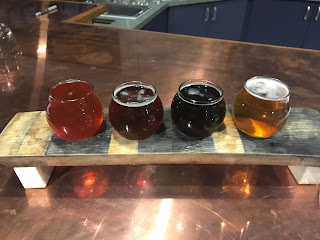 The rest of our group arrived so we moved to a table - I also ordered a flight with the following: 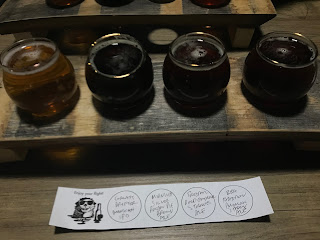 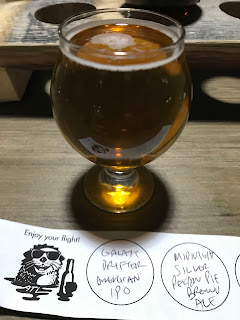 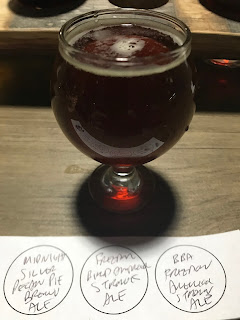 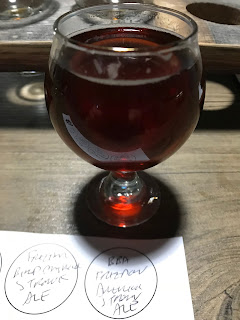 Of the four my favoite was the Midnight Silver Pecan Pie Nut Brown Ale. Then best to least: BBA Freedom Bird, regular Freedom Bird and finally the IPA. That last was jarring after starting with the Freedom Bird (regular) and the Brown Ale. I think the drinking order is important here and I should have started with the IPA - the bitterness was off-putting after the mellow tones of the rest - it also had an aftertaste that took a while to dispel. Note that under normal circumstances I think it would have been borderline for me but in the flight I didn't care for it at all. Of the Freedom Birds, the Bourbon Barrel Aged version was much better than the regular with awesome mellow tones - the regular reminded be of Victory's Golden Monkey (not a bad thing) but the BBA was just better. 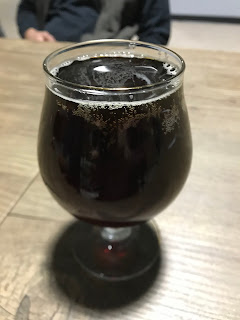 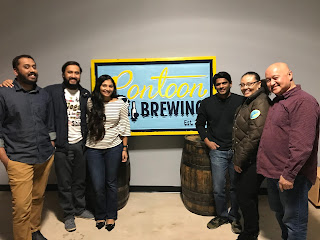 After the flight I had a pint of the Brown Ale and was very happy. We headed to Aladdin for some shwarma next and it was an awesome way to top off the evening. In general the location is awesome (very similar in feel to Orpheus crossed with Jekyll) and the guy pouring was both knowledgeable and attentive, coming around several times to see if we were ready for more. Like I said in the beginning, the beer exceeded expectations and overall this was an awesome experience. Kudos to Pontoon for starting out on the right foot!