You can find the Zafron Restaurant at 236 Johnson Ferry Rd NE, Sandy Springs, GA 30328 on the corner of Johnson Ferry Rd and Roswell Rd a bit over a mile north of the Perimeter. The standalone building I think used to be a jewelry story? not sure but it looks more like a location of Jarrod's than a restaurant. Parking is out front and to the sides. 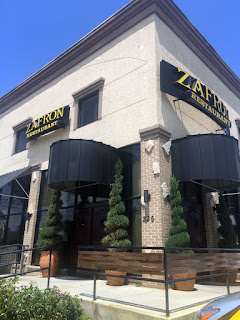 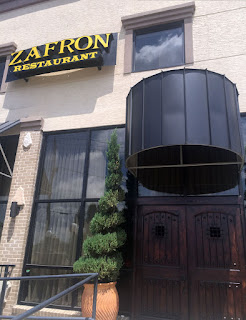 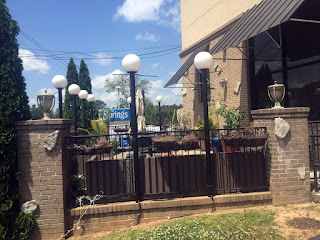 I'm not Persian but I do love the food from that region - think of this as Mediterranean with an emphasis on kabobs. I was super excited to stumble on this place but haven't tried it due to my favorite, Rumi's being down the street (there's also Persepolis and others not too far if you just continue north) so competition is tough. When you enter the restaurant is a bit on the dark side but rather elegantly designed with rich colors and expensive fixtures. I was by myself and decided to try a couple of things. 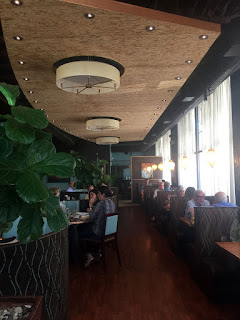 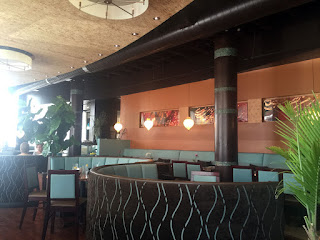 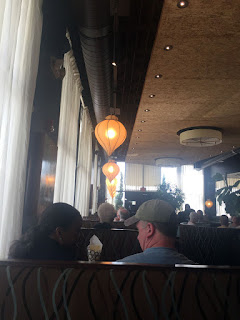 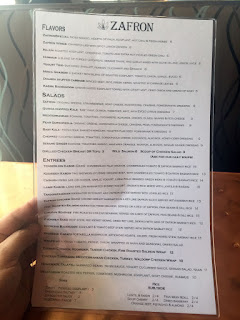 The menu is broken up into Flavors (snacks and appetizers), Salads (greens and veggies) and Entrees - I'm guessing the menu was a lunch menu so expect to pay more than what is hows on the photo posted. As usual I was brought a wooden plate with fresh herbs, cucumber, olives, radish, walnuts, goat cheese and some tomato slices - this is something unique to Persian restaurants where you get to snack on a few things with the wonderful fresh flat bread - something between a pita and a naan. 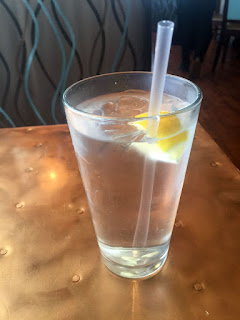 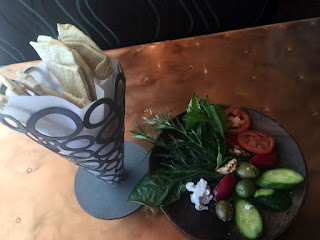 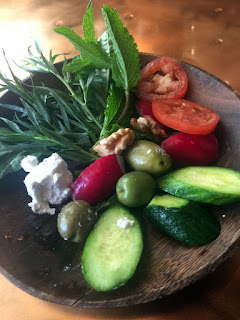 For an app I ordered the Kashik Bademjoon - oven-roasted eggplant topped with crispy mint, fried onion and cream of whey. This is one of my favorite spreads as it has a hint of smokiness and really starts things off with a blast. I thought the version here quite good. 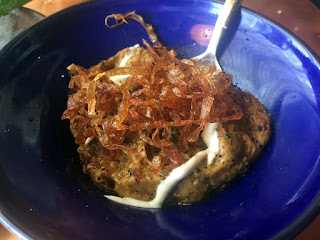 Next I went with the Chilean Seabass - fire roasted Chilean seabass, served on a bed of zafron, fava beans & dill rice. I was hoping for something like Rumi's but didn't care much for the style offered here - marinated/skewered with a side of rice. I also didn't care too much for the rice - it had a bit of a bitter edge. Next time I'll order one of the fruitier others. 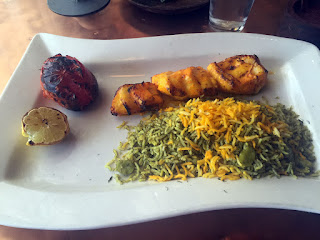 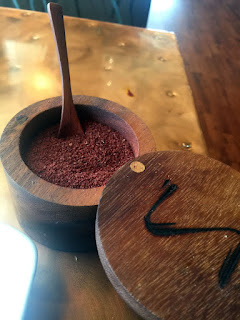 In all the service was good, or at least it became good once the server got over me being by myself and it was apparent that I was order about enough for two. I didn't bother taking home the leftover rice - that's a first to me. I think this place is good but not quite what you find at Rumi's - I think Rumi's has an approach that is much more friendly to the American palate. 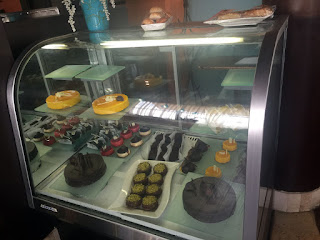