You can find Taqueria Michoacan at 3328 Buford Hwy NE, Atlanta, GA 30329 across the street from the Northeast Plaza shopping center. This is in the center of a shopping center with limited parking out front. The place is fairly busy, I believe with regular clientele. 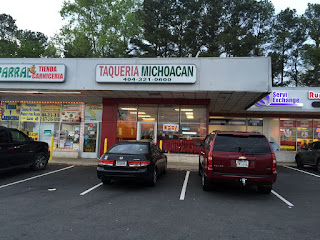 This restaurant is a bit of a dive with limited seating - I visited with my regular Buford Highway Restaurant group, tonight there were a handful of us. The people who waited on us were quite kind and provided some limited translations when we asked questions - however the English was limited. 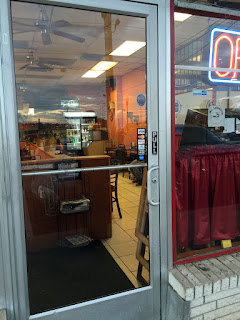 The menu features classic plates of Carne Asada, Caldos (soups and stews), Ordenes, Mariscos (seafood, mostly shrimp or fish), Tacos and Tortas (sandwiches). They also serve Negra Modelo - if you like beer you'll know that this is one of the better Mexican cervezas (in my humble opinion). 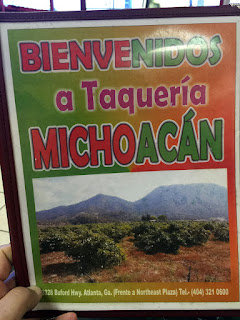 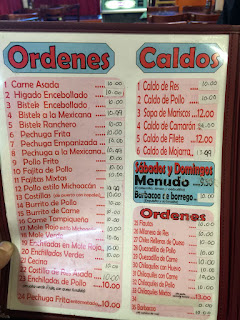 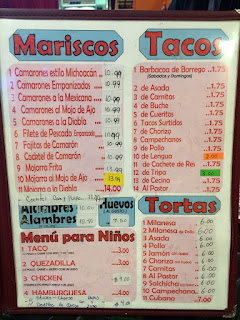 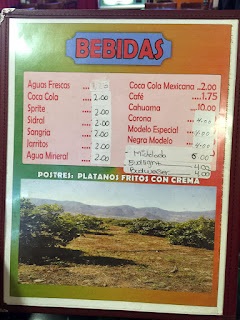 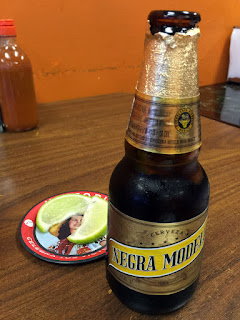 I ordered the Tortas Campechana as it's one of my favorite sandwiches - here it was on one of those squishy Latino bakery rolls. I think the Campesina at Las Tortas is better, but I could certainly get by on this one. 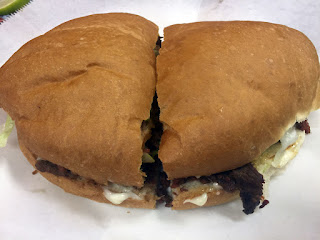 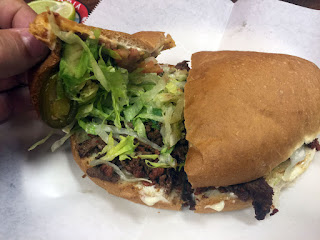 I also ordered the Pollo Mole Rojo - this was spicier than you usually encounter on BufHi and I liked the mole quite a bit - but I've come to find that I really don't like this version of mole where the chicken legs seem to be stewed then doused with the mole as a sauce. I think it's the texture of the skin and meat that turns me off a bit. I rate it as average but maybe worth trying if you like picante mole. 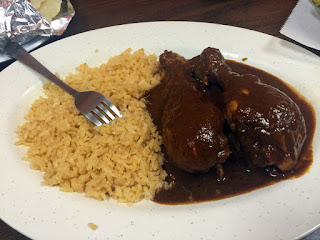 John F ordered the Camerones a la Diabla - your basic sauteed shrimp in spicy red sauce. This was unusually not very spicy - the Diabla label had us fooled. Otherwise the shrimp were delicately cooked and not the rubber bands you sometimes end up with. 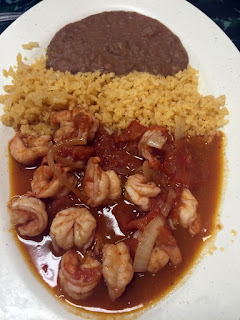 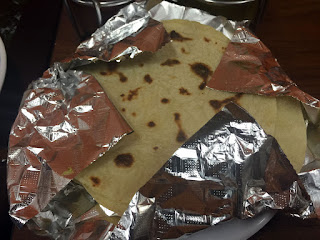 Also ordered were some classic pork tacos and these were passable if not fantastic. We were hoping for fantastic but sometimes you get just OK. 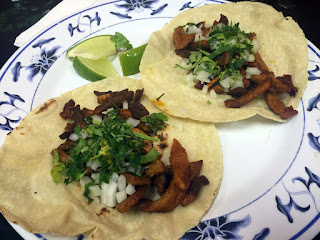 I think overall we weren't too impressed but we didn't think it was awful either. I think there's much better authentic Mexican down the street (in either direction) - it's difficult to say with one visit - we may just not have ordered what Michoacan does best? It was certainly inexpensive with most entrees in the $10 range.