You can find Jia Szechuan Food and Bar in Ponce City Market at 675 Ponce De Leon Ave NE, Atlanta, GA 30308 in the heart of the food court. You'll spot it from the distance by the red column wrapped by a traditional gold Chinese dragon. Parking at PCM is a bit of a mess - there's additional in the underground lot but if you drive a large vehicle (SUV) don't bother as it's tight and you'll have a hard time maneuvering around - the lot simply wasn't designed for modern retail, originally serving employees of the old Sears Distribution Center. 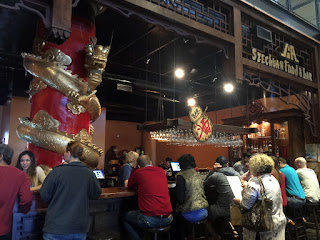 This visit is a continuation of what began as a stroll from Krog Street Market to Piedmont Park via Beltline for the Atlanta Dogwood Festival with my friend Arvin R (see my previous reviews of Superica and Jaybird). We frolicked at the park but got jaded by the crappy beer selection, was joined by Kymber W and started back to Krog Street stopping in Ponce City Market for an early dinner. Since none in the group had tried Peter Chang's new concept, we decided on Jia. 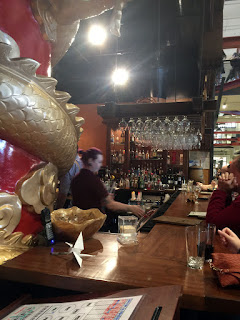 Jia is a natural evolution of Marietta's Tasty China (and now defunct Tasty China 2), bring delicious Szechuan cuisine into town at a terrific venue (if you haven't yet visited PCM then here's the perfect excuse). The restaurant is a bit upscale (as you would expect from the location) from the previous locations yet the dishes are the same hearty, delicious and generous fare that you encounter at Tasty China. If you've ever wondered about authentic Chinese cooking then this is a great option for your first dive into what you might find in China - the Szechuan here is outstanding. 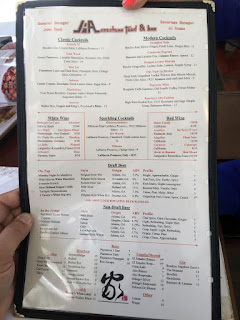 The area by the bar was packed, but we managed to get a table in the open atrium - this is a space right outside the heated/air conditioned areas exposed to the outdoors but still covered. Jia has large tables out there that can hold quite a few diners - we go the the table with the "throne" seat, a massive carved wooden chair. We ordered a few beers (there's a separate bar menu - my selection was a Terrapin Hopsecutioner) and began studying the menu - this is where things get a bit interesting as Jia's menu features well written descriptions and full-color images. Quite a change from what you find at Tasty China and an improvement in my opinion, particularly to those uninitiated in Chines cuisine. 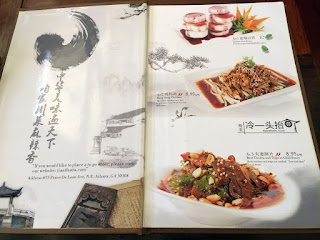 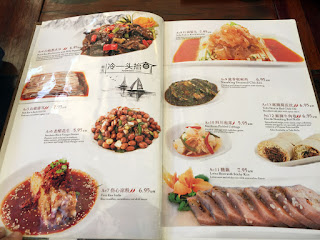 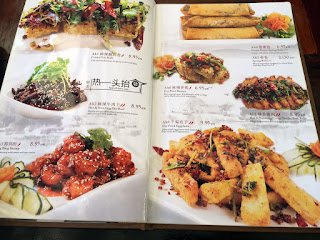 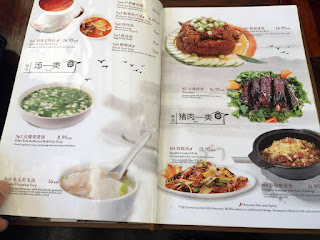 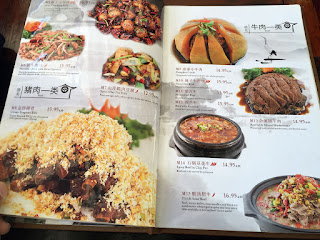 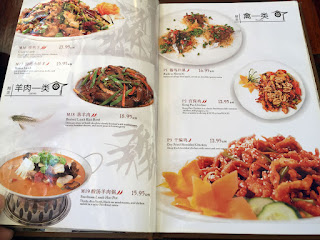 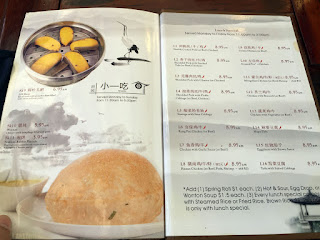 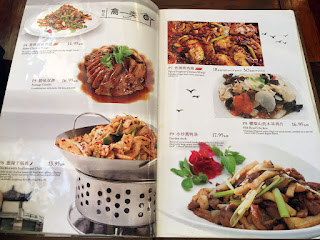 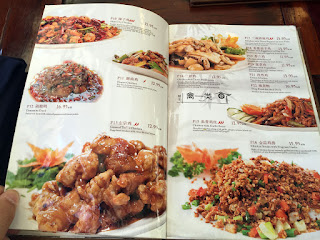 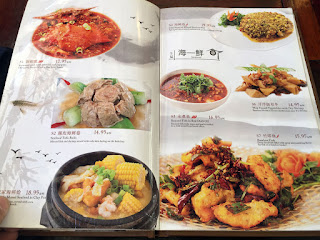 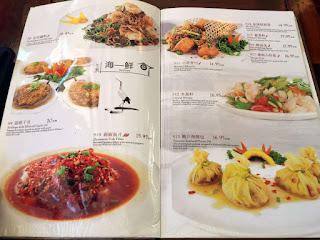 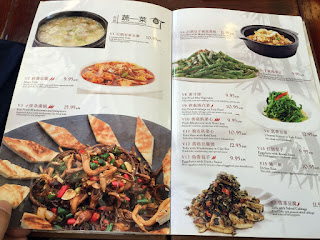 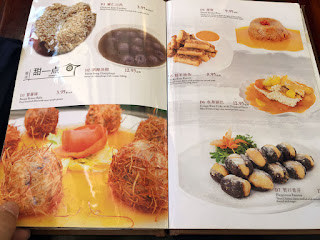 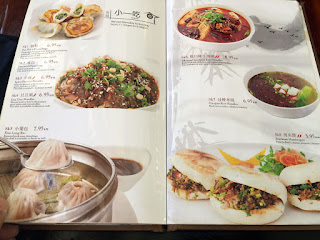 To start we ordered the Szechuan Hamburgers - minced beef, cilantro, jalapeno, Chinese herbs. These looked much better than the photo in the menu - the flavors could have used a bit more spice. I feel like the bun diminished the flavors in the meat - think of these as dry sloppy joes with minced pepper and cilantro and a hint of soy sauce. 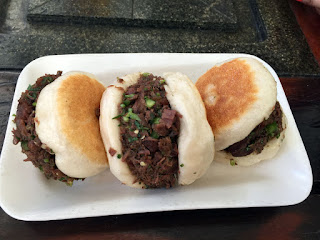 I couldn't talk this group into ordering my favorite dish (Deep Fried Eggplant) so we settled on the following:

Shan City Chicken - Tender and juicy dices of lightly battered flash fried boneless chicken stir fried with cilantro and a mountain of red chili peppers in this fiery hot dish (also available as shrimp or fish). This is my go-to Szechuan dish that usually has various names like "red pepper chicken" or "Szechuan pepper chicken."  It's half-inch cubed chicken tossed in dried peppers. Jia's version is excellent but I still think Gu's is slightly better. The combination of flavors is fantastic. 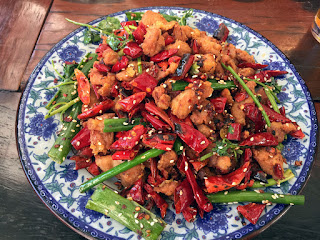 Bamboo Fish - Deep fried fish fillet with spicy and numbing flavor. Served on a bamboo basket. This dish has the famous flower pepper that imparts a mouth numbing, slightly metallic flavor. I think this version good but breading and oil seemed a bit tired. 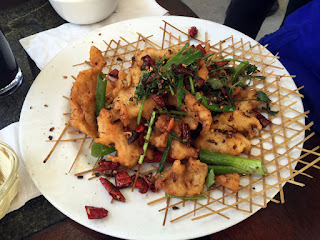 Cumin Lamb - sliced lamb with cumin, onions, cilantro, red peppers, sesame seeds. I had high expectations of this dish as it's one I've liked quite a bit at Tasty China - here is seemed toned down a bit with very little turmeric. The lamb was cooked perfectly. 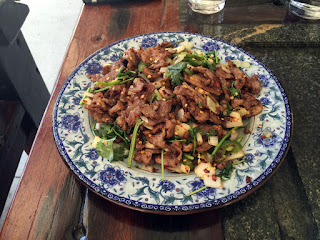 Overall I found the food to be castrated a bit in flavor - when you eat at Tasty China the flavors explode in your mouth and the heat is a bit of a gut punch. I feel like the food at Jia has been toned down a bit - you still get the flavors but they aren't quite as intense. This may be due to the location? Service was also a bit mediocre - good when someone was around but often there wasn't anyone around - that may be due to our being in the open atrium. I still think this place is worth visiting - it's certainly the best sit-down Szechuan option in town. 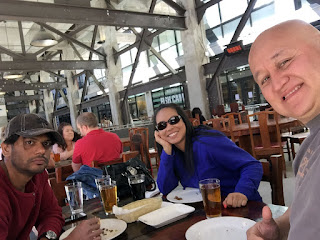