You can find Caribbean Fiesta at 4000 N Point Pkwy, Alpharetta, GA 30022 - this is one of those cut-through streets that parallels 400 to the east so you can travel from Mansell Rd and Windward Pky. Parking is out front - the restaurant is on the end of a row of brick storefronts. 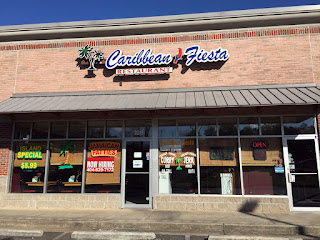 I've eaten at this location a few times in the past, back in the later 2000s when I had an office near the mall. I've also eaten at the now defunct location on Holcomb Bridge when I worked near Technology Park. I loved that location - mostly because of the big Asian dude behind the counter with the islander accent - cracked me up every time I visited. 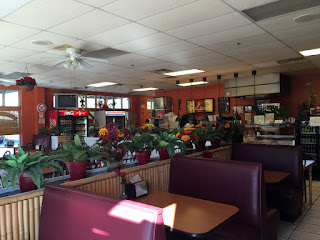 I was on the way to Jekyll Brewing for a mid-week tour with my friend Kymber W (meeting other friends) when she asked me if I was hungry (hint for "I'm hungry bitch, pull over so I can eat"). I asked what she was in the mood for and she said "Jamaican!" and I remembered this location of Caribbean Fiesta - so glad she said something as it's been a while. For this and the other location, you can order a few items off the menu or from the steam tables - tonight they had several items that were interesting. 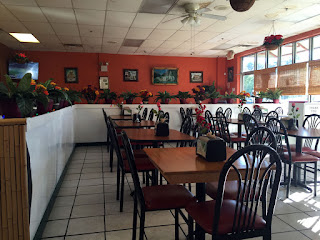 The interior is bright with a row of booths and tables in the middle. The line of steam tables is to the back and there's a knee wall separating the customer line from the rest of the dining room. The place is quite cheery as these places go - you take a look at what's offered and the people behind the counter load up a to-go container. 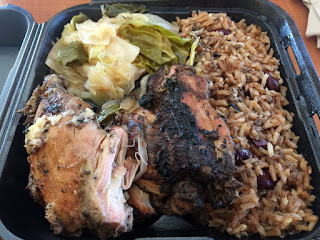 I ordered the jerk chicken, rice and peas, and cabbage - this is one of my standard ordering combinations. If they had jerk chicken on skewers (something of a specialty at the other location) I would have went for that - the seasoning permeates throughout the meat and is something special. I thought this was damn good jerk. The sides were also good and piping hot. 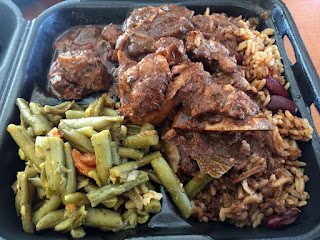 Kymber ordered the Ox Tails, rice and peas, and the green beans. I tried the tails and beans and it was all delicious - the Ox Tails are very rich and filling - not something I can eat everyday. She also ordered some fried pie or empanada thingy for later. 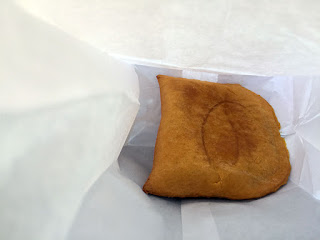 The people here were really cool to us and allowed us to geek out over the food - that's a nice change from the usual bored attitude you often get at fast casual restaurants. In all this was a good precursor to many "tastings" of beer at Jekyll - I'd recommend this combo to anyone looking for a simple outing.