You can find this location of Willy's Mexicana Grill at 3883 Peachtree Road NE, Atlanta GA 30319. This is the Kroger Cherokee Plaza just south of the Brookhaven MARTA station. Parking is out front of this very busy parking lot - be careful entering and exiting as the drivers in this part of town are known for their below-average intelligence and skill ad navigating the roads. 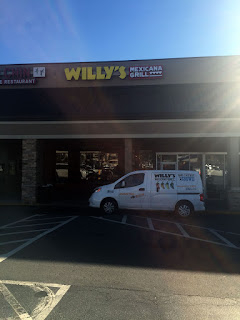 As my devoted readers know, I'm a big fan of the giant-burrito concept, having developed a love for the "log of love" from back in the Tortilla's days (if you haven't been around, Tortilla's used to occupy a spot on Ponce De Leon Ave that coincided with my living and working in the Little Five Points/Ponce/Highlands area). The idea is that you pack a large flower tortilla with beans, rice, lettuce, cheese, pico de gallo and meat - usually chicken, beef or pork - to capacity and serve it wrapped in foil. You then casually unwrap this package while adding tomatilla verde or spicy red salsa as you devour it to the bottom of the wrap, while eating a few chips for texture. It's really a very simple and beautiful thing, which many have emulated (Chipotle, which isn't bad and Moe's, which only accomplishes this marginally come to mind). Of all the local burrito shops, I think Willy's Mexicana Grill is the best local chain. 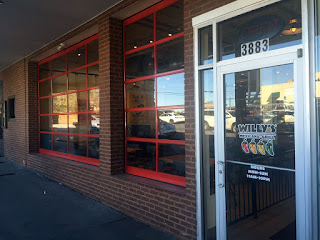 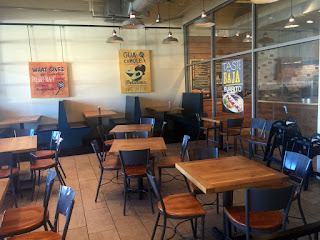 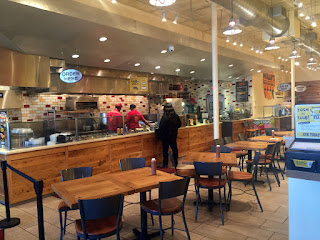 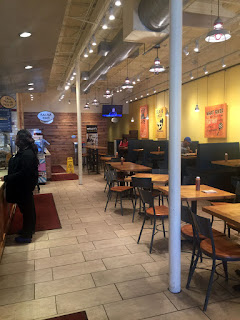 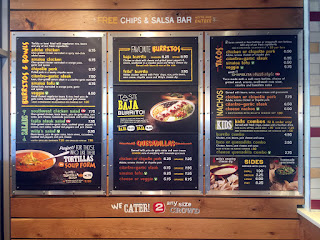 In this incarnation of Willy's, you'll find many of the new fixtures, interior refinements and most importantly, the giant overhead ducting that redirects the cooking odors to the outside. You'll also find a pseudo-deck (sort of a glass-enclosed porch) so you can sit in the semi-cold of winter without your but freezing to the seats (in the summer it seems a bit too warm and muggy to me). In any case, I've been wanting to drop by this location and I found the interior to be clean and the food familiar. Service was a bit underwhelming - the guy took a stale burrito shell and gave it about a second of steam before trying to wrap - of course it fell apart and he had to build it again. It was about as unspectacular as I've seen at a Willy's (compared to my recent visit to a newly opened Kennesaw location which was fantastic, this one left me high-and-dry). 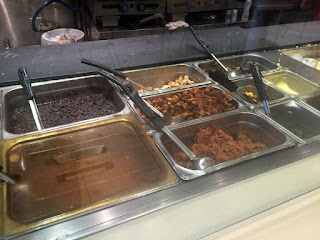 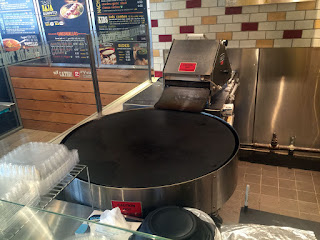 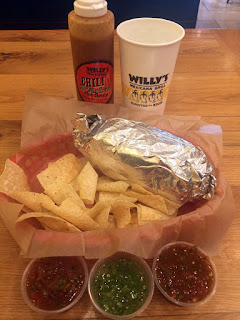 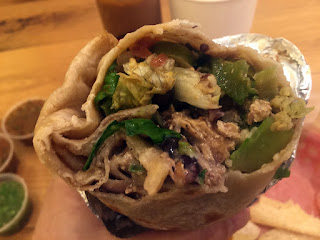 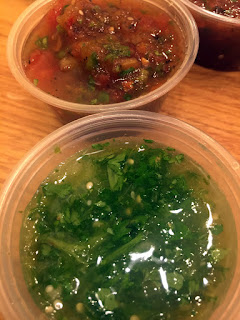 The food as usual was tasty but this time I passed up the nasty "Roasted Tomato Fiery Hot Salsa" - I still don't know what they were thinking with that steaming burnt pudding of fail - hopefully they're replace it was something truly worth eating. In any case, this location, based on my first visit, rates a 3/5. 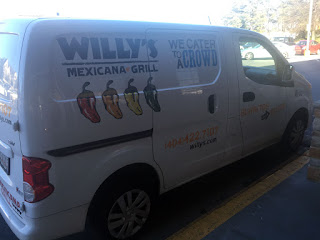