You can find Persis Biryani Indian Grill at 631 N Main Street, GA 30009 in a small strip mall between Winthrope Chase Dr and Henderson Parkway/Cogburn Rd. Persis occupies the end on the left - there's plenty of parking out front and to the side. 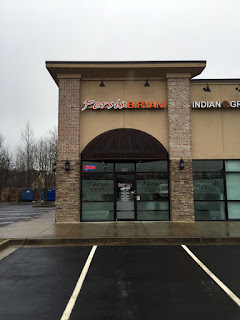 I met with some friends for lunch to try out Persis as the latest in Biryani restaurants to hit Atlanta. Biryani is a style of cooking where meats and/or veggies are cooked in the rice so the flavors combine for something new and unique. I tell my friends that it's the Indian version of fried rice (it's not) so they'll have more of an idea of what they're getting. Previously I've had Biryani both while visiting India and in local restaurants like Biwarshi Biryani Pointe (which was fairly good when they opened and a bit disappointing now). 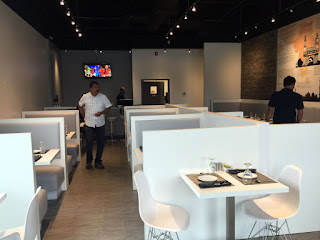 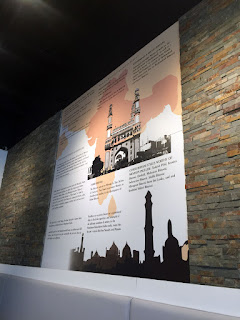 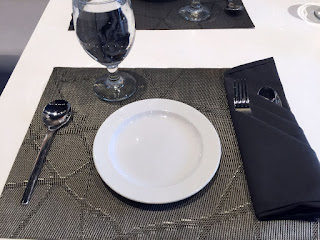 As you enter Persis the first thing you'll notice is the super clean, modernist style of the interior complete with Eames-style Eiffel Tower based shell chairs. Whoever did the interior design needs to be commended, this is one of the most beautiful Indian restaurants I've ever had pleasure to visit - it's just stunning in its clean lines and simple design. There are three rows of banquets with nice bench seating, tables towards the front and a bar-area towards the rear. There's also the obligatory Bollywood music videos playing at the back above the bar. The tables all have a very nice place mat with real cloth napkins. The next thing I noticed was the 100 Health Score - something you very rarely see - kudos to Persis for achieving this lofty rating! 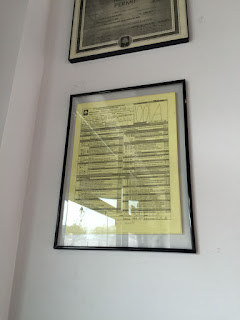 The lunch menu is fairly sample - choose an Entree from: Vegetable korma, Paneer Tikka Masala, Aloo Gobi, Butter Chicken, Chicken Chetinad or Egg Curry. Next choose an Appetizer from: Onion Pakora, Gobi Manchurian, Chicken Manchurian or Chili Chicken. Alternatively, select one of the Persis-Dum-Biryani: Chicken, Veg or Egg. Sides are also available including Cup of Dal, Desi Salad, Naan and/or Raitha. The prices are all very reasonable for lunch, $7.99-8.99 and a buck or two for the sides. 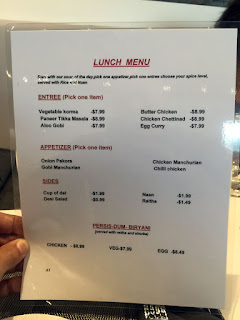 We tried to order as many items as possible and ended up with a table of delicious food. We were served a slightly spicy tomato-based soup; Paneer Tikka Masala with Chili Chicken app; Chicken Chetinad with Chili Chicken app; a Chicken Biryani and an Egg Biryani, finishing off with Keer and Ras Malai for dessert. We also ordered a couple of sides of naan. I thought all the food very good although the soup was a bit too "canned" tasting to me. All the chicken dishes were exceptional. I'm not too sure about egg biryani - it doesn't seem to adapt the flavors like the meat-versions do (I don't even bother with the veg-version as very little of the flavors seem to meld with the rice). The biryanis in general were good but I think the spice level at Biwarshi is a little better - perhaps due tot he whole seeds used there. 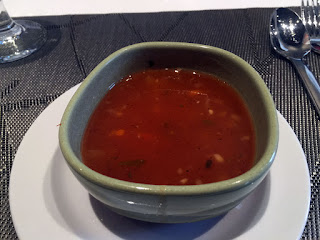 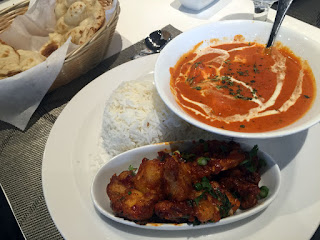 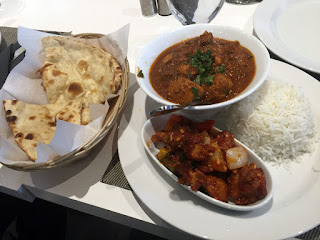 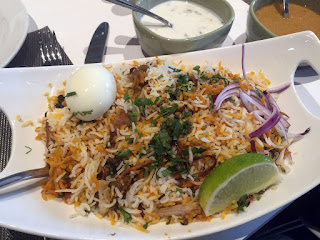 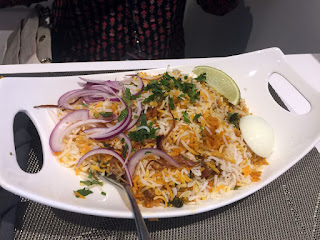 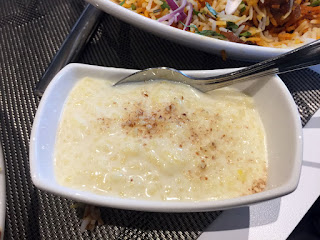 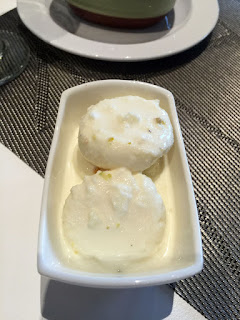 In all I think this is a fine addition to the Indian food scene in Atlanta and will be returning one evening with a group to try their regular menu. If you're in the area and interested in Indian food this is a great choice.