You can find Olde Blind Dog Irish Pub at 705 Town Blvd, Atlanta, GA 30319 along the main avenue into Town Brookhaven on the left and a bit behind Bua Thai+Sushi. There's free parking along the streets, you can park in the deck or all the way over at Costco and walk a couple of blocks. 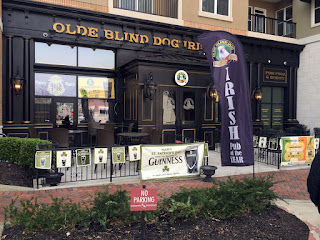 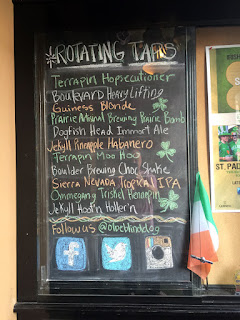 I've now eaten (and sampled the beers of course) at Olde Blind Dog a couple of times and think this is an awesome Irish pub. The exterior features dark wood panels and limited seating on a fenced patio. You would think the interior would be dark but once you walk through the foyer you realize the ceilings are quite tall - high enough to house a raised interior gallery complete with stairs, seating and a manikin depicting some classic Celt warrior, complete with "bastard" sword and Irish kilt. 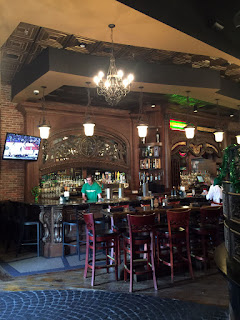 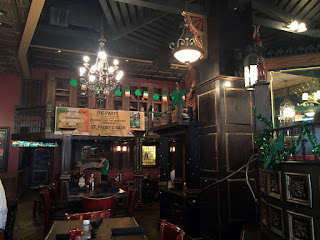 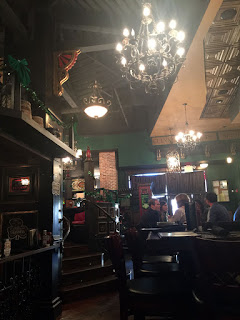 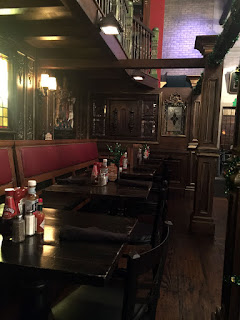 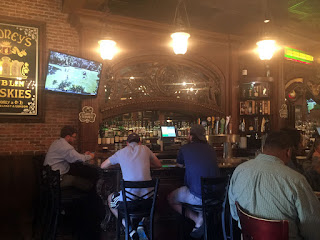 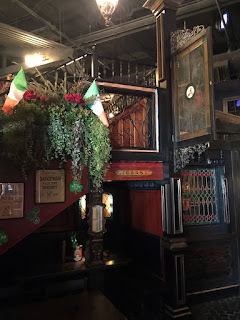 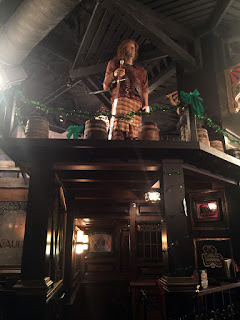 Once seated you'll see a fairly detailed menu complete with Greadog (apps), Anrath (soups), Sailead (salads), Ceapairi (sandwiches), Entrees (entrees) and Clasaiceach (the Irish classics). There's also a notebook full of the beer and spirits selection which is quite extensive, including local and extant craft. I've had the Jailhouse Mug Shot IPA, the Red Brick Hoplanta and the Jekyll Hop Dang Diggity IPA. 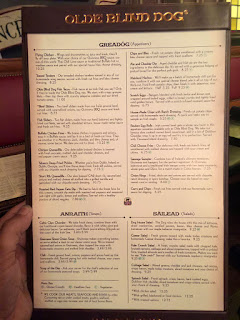 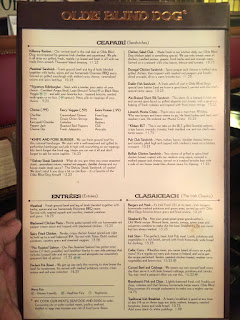 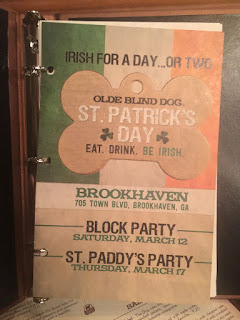 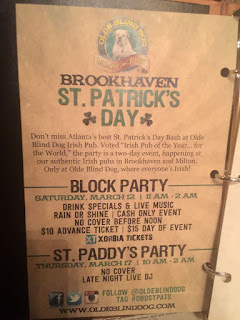 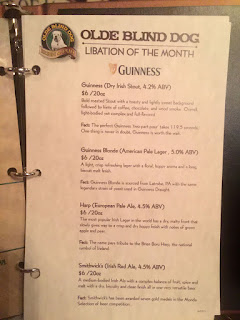 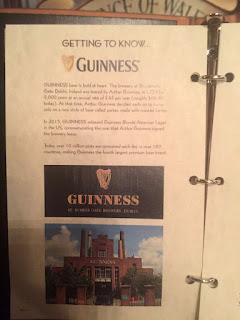 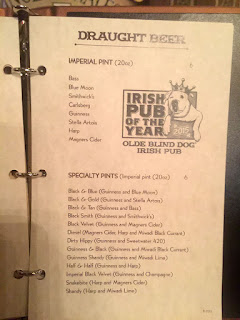 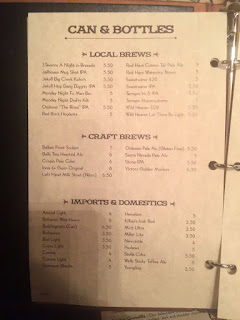 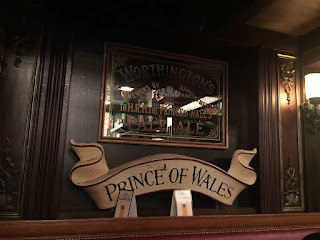 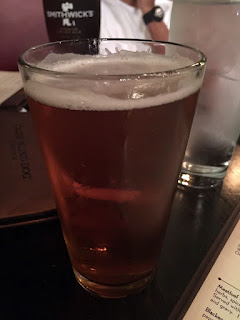 I've had a variety of the food and they range from very good to blah:

* Chicken Quesadilla - braised chicken, fresh avocado, melted Jack and cheddar cheeses and red pepper cream sauce. I thought this is on the mediocre side and wouldn't recommend. 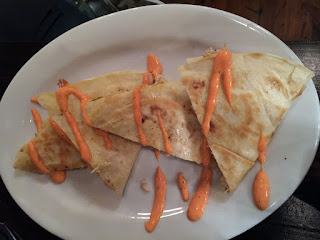 * Chili Cheese Fries - fresh cut French fries, smothered with melted cheese, topped with sour cream, bacon bits and chives. Hard to go wrong with this one and easy to share but it won't last long - you might need to order two. 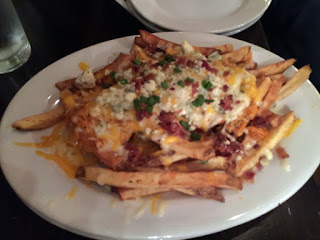 * Celtic Curry - tender sauteed chicken breast, madras curry, veggies and brown rice. Very disappointed in this - maybe my expectations were too high? The UK has some of the best Indian food and I was hopeful, however this sweet curry didn't work for me. Maybe it's different in Irish pubs, traditionally? In any case, if you like Indian food you probably won't like this - for those who aren't sure, it might be a good compromise? 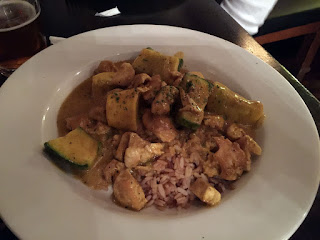 * Bangers and Mash - Irish bangers (sausages), homemade mased potatoes and green peas, served with brown gravy and fried onions. This rather impressive plate was tasty and maybe the best I've had locally. I really don't care to much for this dish in general (it always seems like the sausages are underdone but since they pretty much are consistent regardless of restaurant/pub they probably are supposed to be served like that). I did enjoy these dogs at the Dog, though. 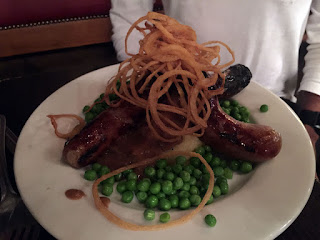 The service here has been a bit hit-or-miss - when I sat at the bar it was exceptional. Seated in one of the booths the server was missing a lot - to the point where we had to track someone down to get a beer refill. It's this latter that degrades to 3/5 stars. I do like this place in general and plan to give it another try. 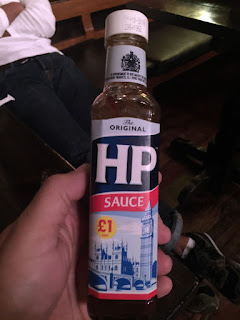