You can find Taqueria San Pancho at 4880 Lawrenceville Hwy STE 9, Tucker, GA 30084 in a shopping center just west of the Tucker Home Depot and on the other side of Golddust Sports Bar. L'Thai Organic Cuisine and Wine bar is also in the same shopping center. 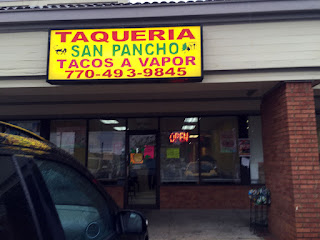 I was cruising by this area and decided on a whim to see what was around for lunch - I had already sampled the very good L'Thai and saw this small taqueria that had a few good reviews and dropped in for lunch. This tiny place is much like several other authentic Mexican hole-in-the-walls scattered around town but mostly found north of the perimeter. There are only a few tables and you order at the counter from a fairly limited menu - the prices are quite good - downright cheap at $1.25 each. I decided that 5 would probably fill me up and ordered chicken, carne asada, fish, shrimp and port. 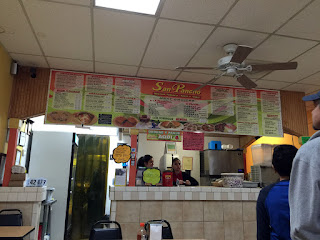 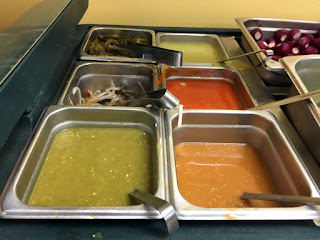 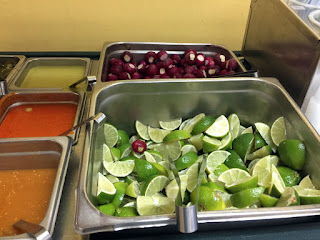 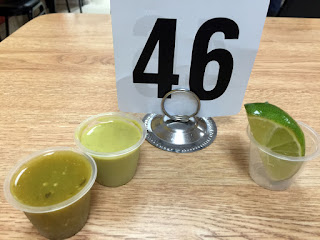 After a wait of about 10 minutes, which I spent perusing the pickles and sauces, I was delivered 5 smallish double-corn tortillas filled with meat, seasonings, fresh cilantro and a few veggies like onions and tomatoes. The carne asada was chopped up a bit which is more authentic but not as much to my liking - next time I'll pass on that one, even though the flavors were spot on, it was a bit dry. I used the tomatillo verde and creamy-spicy avocado sauces which complimented each perfectly (and a lime wedge for the fish). I though all the tacos quite good and very authentic. For about $7 it was also quite a bargain. 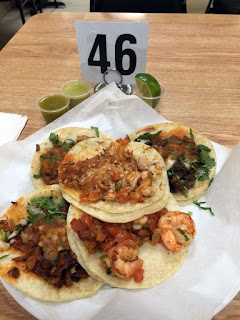 The people at the counter were quite friendly and easy to understand. I thought this little place terrific and plan to visit again soon.