You can find the Memphis Barbecue Company at 4764 Ashford Dunwoody Road, GA 30338 in the Ashford Place strip mall that' is also home to Wild Wing Cafe and Chili's Grill and Bar. Many of my friends will know it as the location of Harbor Freight - it used to host Macaroni Grill (where Wild Wing currently resides) and Smokey Bones (the first BBQ place that was in the current Memphis BBQ location). Parking is in the lot that stretches across the shopping center and it can get quite full at times. Also, this is a difficult location to access driving north - you have go go past the shopping center and either U-turn or drive through a connecting road from the turn. 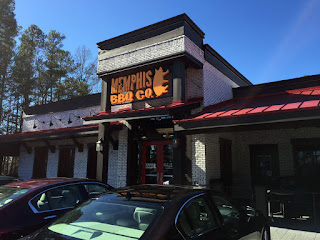 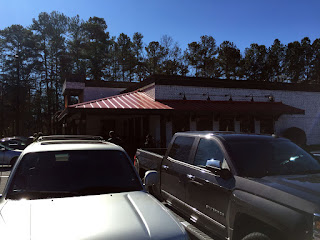 Hopefully Memphis Barbecue Company will do better than the pub that used to be at this location (can't think of the name) and better than Smokey Bones - this latter I thought was OK for a BBQ joint, but not nearly enough smoke for me, surprising with a name like Smokey Bones - I did like the greasy bag of mini donuts though. This current incarnation somehow manages to remove most of the woody, hand-hewn beams from Smokey Bones and dress up the place making it a bit more modern/trendy. There's also a bar in the center that wasn't there previously - the kitchen is still a bit opened but the big serving line is obscured. This place is fairly large with a great patio - it was also fairly busy on the afternoon I visited. 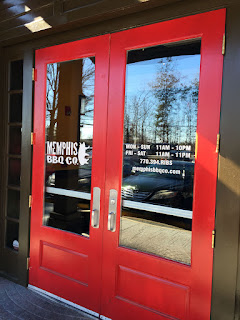 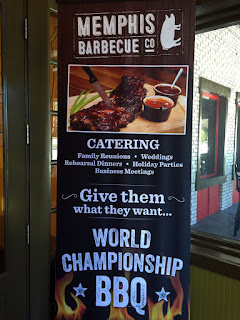 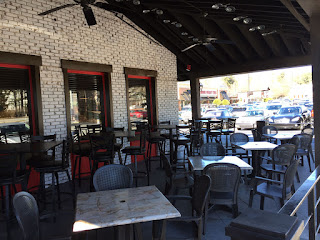 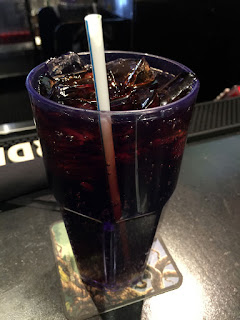 Since I was by myself I just sat at the bar and studied the menu - I ordered a Diet Coke - something I rarely have these days, as I wanted some caffeine in something cold - ice tea never works as a pick-me-up for me. The menu has the obligatory BBQ items but also salads and burgers. I guess they're going for a larger audience. There also seemed to be quite a few drink options - I can see a group sitting here and watching a game while chewing on some smoked wings. The BBQ nachos also sounded interesting but I was already planning to sample as much as I could and that add-on would probably be too much. I was given a basket of pork rinds, complimentary - they were good but nothing special (I grew up at flea markets and fairs where the rinds were mind-blowing). The menu also has some other items I wouldn't have expected including: Fried Catfish Dinner, Orange-Chipotle Glazed Salmon, BBQ Spaghetti Dinner, Voodoo Pasta and a BBQ Meatloaf. 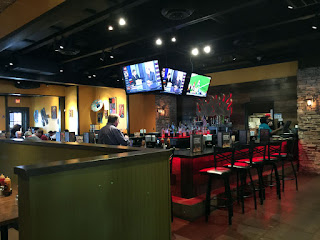 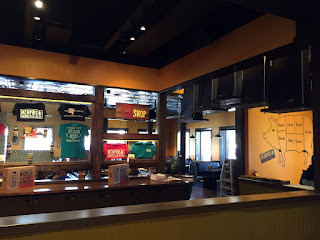 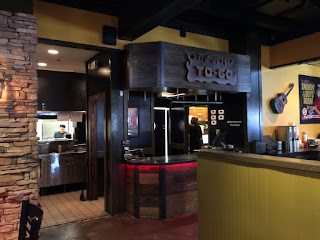 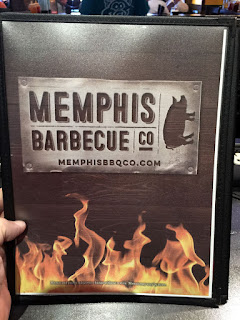 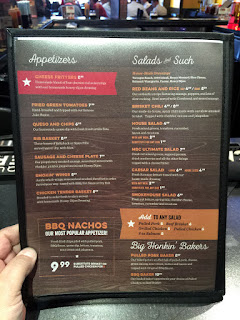 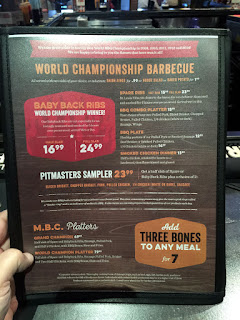 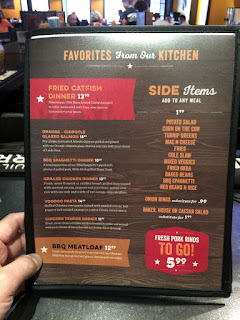 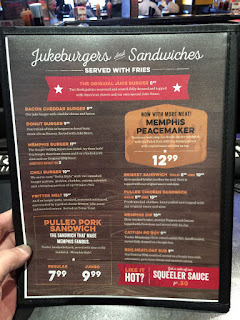 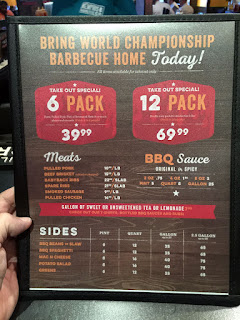 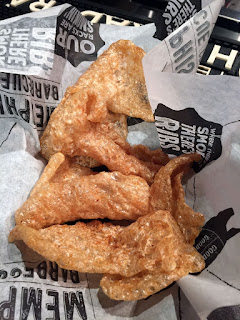 I ended up ordering the Pitmasters Sampler - this included: Half-slab of Spare Ribs; Pulled Pork, Sliced Brisket, Turnip Greens, Baked Beans and a wedge of corn bread. I liked the ribs - quite a bit of rind and plenty of smoky flavor. The brisket was surprisingly dry - I asked about it before ordering and was expecting thicker juicy slabs. The pulled-pork was passable if just a tad mushy which I wasn't expecting from a dry pull. I think this is a fairly accurate Memphis style BBQ but really it doesn't compare to being in Memphis chomping on bones. The sauces were a bit sweet for me but that's usually the way it goes - I like spicier and more vinegary but most people like the sweeter stuff. The ribs were the best part. The beans I would have passed on if there was a second green veggie option. The turnip greens tasted frozen (I asked if they were fresh and the response was that they were made daily). I'm not saying that they were frozen, but they had the aftertaste you get from frozen greens so I'm guessing they were. 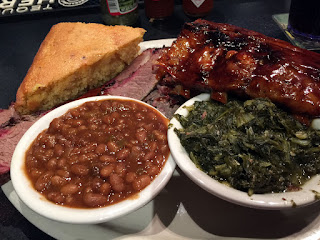 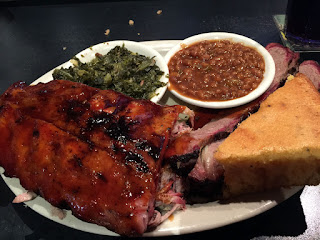 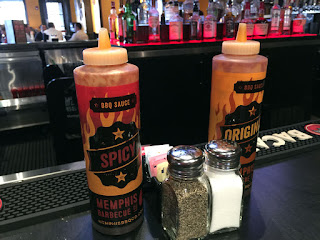 Service was excellent by a bartender that had few customers and didn't mind me bothering her with questions. The food did take quite a long time to come out, but otherwise I thought it was above average. The problem with BBQ in the Atlanta area is that there are so many really great pits and variety that it's really hard to compete - the market is is definitely saturated. I think the price of this platter at $23.99 was a bit high but this is near Perimeter Mall so take that into account. Would I eat here again? Well, if I was at work (nearby) and wanting BBQ, I might come here as it's a bit nicer as a sit-down restaurant. The non-BBQ options really don't interest me much - and honestly it's not much of a drive to Heirloom - we generally pick up to go and eat at a park bench near the Hootch state park. For the money I can get all this and more for about $20 at Heirloom and their 'que is really spectacular. 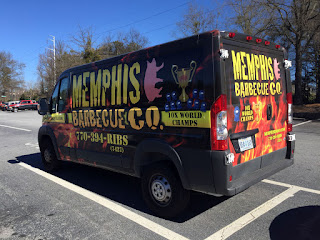