You can find Kabab Hut at 880 Indian Trail Rd NW, Lilburn Georgia 30057 between the intersections of Dickens Rd and Burns Rd. This restaurant is in a small shopping center that also features Murray's In a Hurry. It's a bit hard to see as the "L" shaped shopping center mostly faces Burns Rd - you'll probably turn there and then into the lower part of the parking lot. 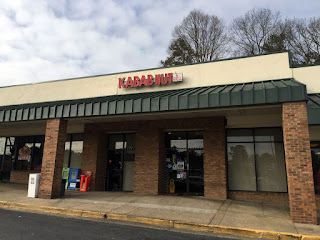 I don't remember who told me about this place - I believe it was one of my Indian friends, but having some time and being in the area, I decided to drop in one sleepy weekend afternoon. Kabab Hut is a small restaurant where you order at the counter and after some time (pretty much everything is cooked to order) the food is delivered to your table. I looked over the menu, which features mostly foods cooked over open flame or curries. Most of the items I've tried at other Pakastani restaurants so I have some familiarity with the cuisine (which is very similar to Indian if a bit oilier and of course the Muslim culture allows beef). 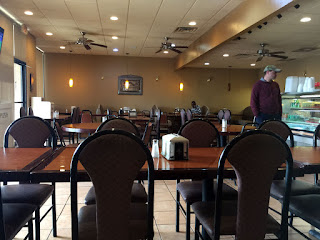 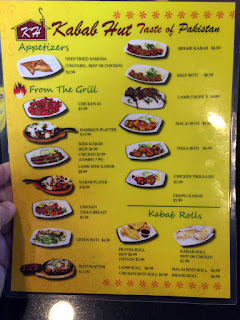 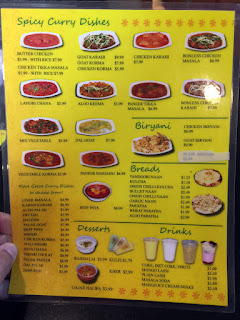 I was looking for something that would provide the most variety so I choose the Kabab Platter (at $10.99) and also ordered a Bullet Naan (the flat bread is usually mixed with green chilies and baked in a tandoor oven). I then found a table and waited for about 15 minutes. In the meanwhile I was delivered a disposable plate with fork/spoon, a small plate of lettuce and onions, a couple of chutney/masala containers and a pitcher of cold water with a cup. This strangely reminded me quite a bit of eating in the canteens in India (sort of the building's cafeteria which usually has some super inexpensive food available served on disposable plates) 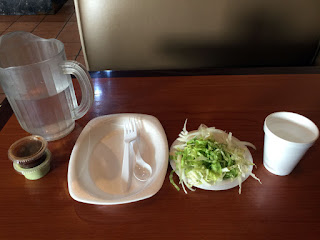 When the food hit the table my eyes bugged - tons of food on this plate. I believe there was Green Boti, Seek Kabob and Tika Boti. Also was this beautiful naan. There was so much food I was only able to eat about half of it - the rest came home with me and became my lunch the following day. All the food was just delicious and I would recommend this dish to anyone coming here for the first time - it can easily feed two people. 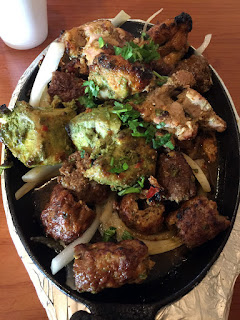 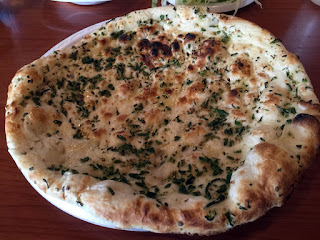 This is the best Pakistani food I've found in Atlanta - but then again I didn't try the curries so if you're going to come here I can only vouch for the kabobs which are fantastic. I hope to make it hear again soon with a larger group so we can sample more - stay tuned.