You can find Himalayan Spice at 2773 Clairmont Road, Atlanta, GA 30329 very near the Clairmont Rd Exit from I85. It's about in the middle of the Williamsburg Village shopping center that features several restaurants like the very good Desta Ethiopian. Parking is in the lots out front and to the sides. Himalayan Spice is a bit difficult to see until your in the parking lot except at night, where the red neon facade is blazing and can be seen from the street. 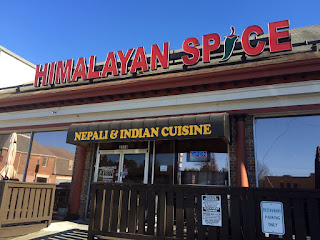 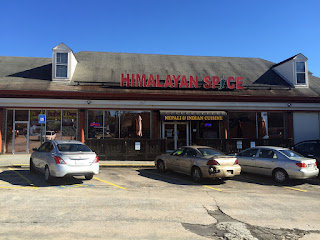 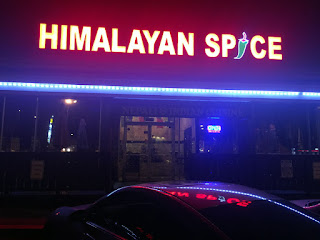 I've now visited Himalayan Spice a couple of times, both during the lunch buffet - I came here on recommendation by several friends including neighbors (as their favorite "Indian") - I'm also somewhat familiar with Nepalese food. If you aren't then it will taste the most like Indian food to you, especially Indian food from the north and east of that country. In general I've found the flavors to be slightly sweeter and a bit saucier, but still containing many of the same elements - turmeric, ginger, cumin, coriander, cardamon, and chili with a smattering of other spices. If you like Indian food you will like the flavors of Nepal. The naans seem a bit spongier along the edges (more like Bangladeshi style) and you'll find some unusual items like momos (steamed dumplings) and pasta dishes you don't typically see at Indian restaurants. 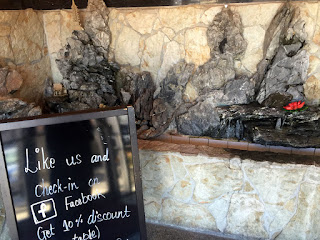 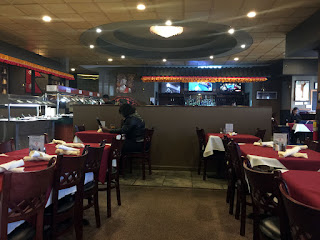 The interior of Himalayan Spice introduces you to that region, first through stone-work in the foyer then via the interior decoration. For lunch there's a row of steam and chilling tables along one side and a counter where you are greeted and will take your check at the end. Himalayan Spice also will offer up a discount if you "like" them on Facebook - I love those types of easy promotions. 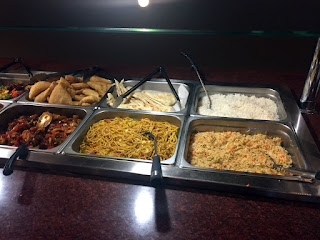 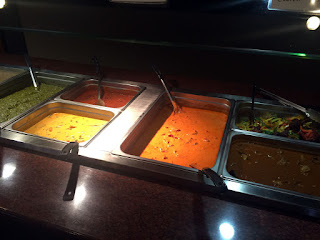 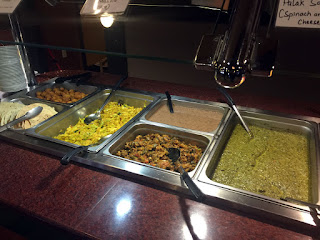 Both times I've visited the buffet consisted of what I think of as a "regular" assortment of meat (chicken and goat) and vegetarian dishes. The curries seemed overly saucy to me but they were still rich in "creaminess" but in general the spice level was very neutral, I'm guessing to make the food more palatable to most Americans. I've eaten at three different Nepalese restaurants now and Himalayan Spice ranks as the least spicy. Himalayas on Peachtree Industrial was slightly more spicy but really more Indian I think than Himalayan; while Kathmandu in Clarkston seemed the most spicy and perhaps the most authentic? I'm not sure if I have enough context but Kathmandu tasted the best of the three as the flavors were more distinctive (it is a smaller buffet though so less options). 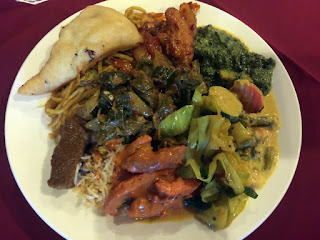 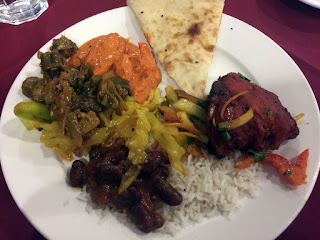 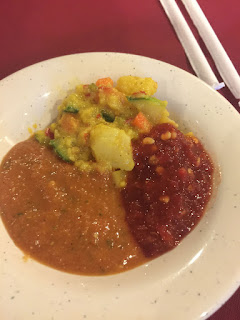 With everything above being said, I feel like the restaurant is good in a kind of average way. I wouldn't say no to meeting friends here as the service was quite good (but I did come during the buffet) but in general if I was looking for Indian or Indian-like food there are better options nearby. I hope to eat here for dinner at some point as I'd like to try more of the Nepalese options and also see if the spice levels are pumped up.