You can find High Velocity at the Downtown Marriott Marquis - this is that pregnant-looking hotel next to the Downtown Hyatt Regency that acts as the headquarters for much of what happens during Dragon*Con. Parking is pretty much up to valet service during D*C, however there are some lots nearby that aren't too expensive. What I do is leave my truck at Chamblee or Doraville station and take MARTA to Peachtree station and walk down the hill - that's my normal method to get into town as I lack the patience to deal with the traffic, the parking and the costs associated with the latter (parking can be really expensive during Dragon*Con). 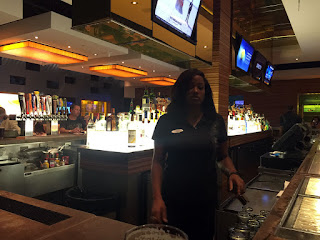 I've had many occasions to eat at High Velocity - it's no mistake that I mention Dragon*Con so many times in describing this restaurant, as it's a very popular venue during that event. It's right on the atrium of the Marriott Marquis which is one of the main stages of Cosplay during the event. As such, it's continually packed during the prime-times (Friday-Sunday) and very busy from Wednesday-Monday). High Velocity is more of a bar or pub than what you would think of as a regular restaurant and as such, the food tends to be more something you would find at a bar - your basic burgers, sandwiches and the like. When reading reviews of this place there's quite a difference of opinion on the quality and service. As with any event-hosting hotel restaurant, there's a high degree of variability dependent of when you visit. For me, I accept the fact that the food will take a long time and I come in with that expectation. I also expect the food to be mediocre with a few standouts - I'll describe what I've found below. 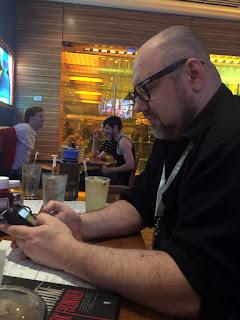 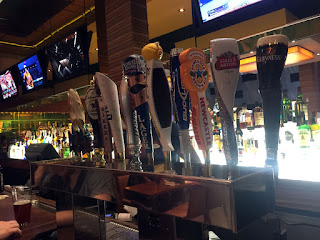 First and foremost, visit High Velocity when you're trapped in the hotel and it's difficult to impossible to get away during events. For this, the restaurant excels (as hard as it is to get to the venue during D*C it's even harder to get away - the Uber drivers and taxis have a hard time coming in to pick you up and just about all the nearby restaurants will be packed with convention visitors). During those times there will not be tables and the wait will be quite long - what I do is sidle up to the bar and have a pint- often there's a seat available or shortly available after I've sipped down my beer. The beer selection is above average for this area with several craft of near-craft brews - I usually stick with a Sweetwater 420, a Goose Island IPA, a Sierra Nevada IPA, Guinness Stout or my favorite of this group the Terrapin Hopsecutioner. Sometimes they'll have something better but really, any of these will do for me. 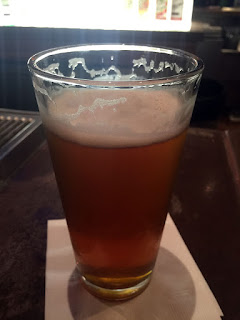 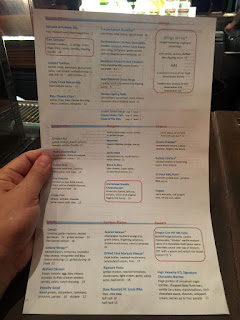 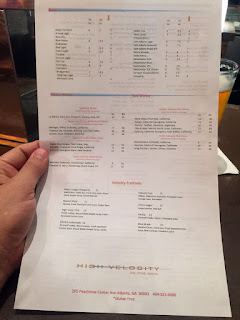 Once seated I usually stick with the sandwiches - the burgers and chicken sandwiches are all quite good and the fries are freshly cut (skin on) and not bad. The little side-salad is pretty weak but passable. Two entry standouts are the ribs (the full rack is a double portion and worth the extra $4. It's not your standard smokey Southern style - more of a pull-apart with standard BBQ sauce, but quite filling and much more than I expected) and the chicken pasta (this is on their regular menu and not on the D*C menu). 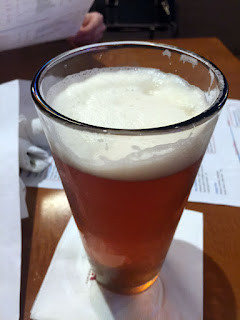 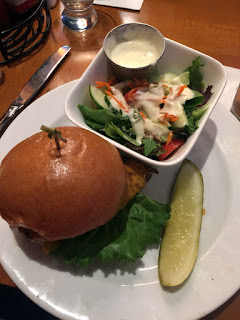 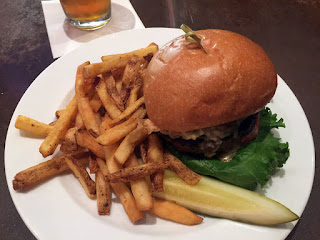 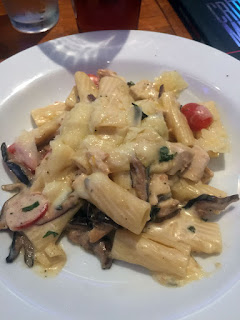 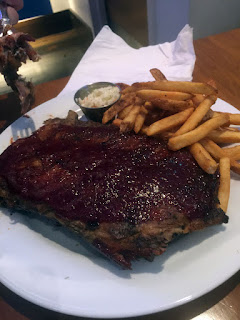 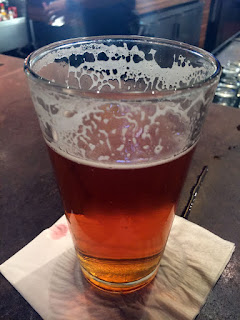 And while the food mentioned above is passable, the real, real treat are the desserts and in particular the Chocolate Nachos (while the HIT ME Cake is good, the Nachos are exceptional). We end up eating several of these as a group, usually late night after the main rush. "Huge portion of cinnamon sugar tortillas, chopped Baby Ruth bars, vanilla ice cream, marshmallows, dark chocolate sauce, cherries, whipped cream, serves up to four people" - I don't know who dreamed up this dish but it's exceptional - just make sure you have a couple of friends nearby to share it - 4-6 seems to be a good total number. 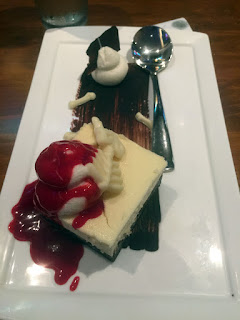 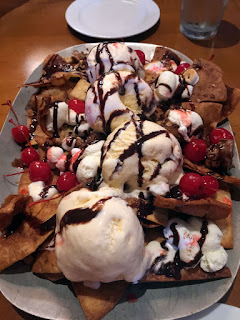 Service is all over the place. I think the bartenders are the most kind, especially after you tip a buck on the first drink (seems there's a lot of D*C guests in attendance that don't tip). Be warned that it may take some time for you to get your food and compensate for it.