You can find Bud and Alley's Waterfront Dining at 2236 East County Hwy 30a, Santa Rosa Beach, FL 32459, right across from the main loop for Seaside's retail area. Parking can be found on the street or in the areas in front of the shopping loop - otherwise it's a bit difficult to visit this area unless you're on a bike or hiking. There's plenty of bicycle parking. 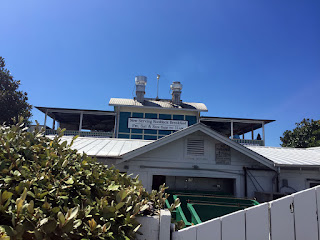 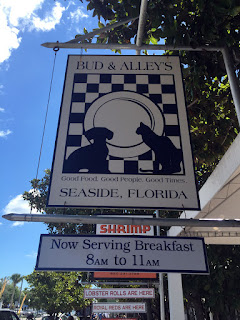 Bud and Alley's is comprised of the main restaurant, which is elevated above street level, a Pizza bar and a Taco bar. All three have two things in common - the name and "bar" so you can surmise the primary purpose. This is very much a drinking establishment first with food being a secondary concern. That being said, the few apps and sandwiches I've tried here over the years have been passable. 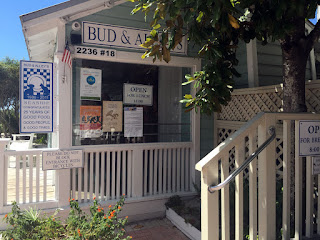 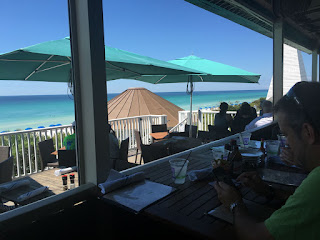 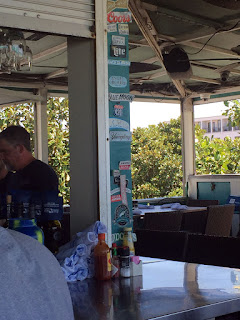 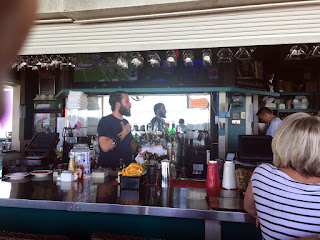 So why come to Bud and Alley's? It's really about the spectacular view and convenience from one of the most beautiful beaches in the Gulf. The view is increased exponentially by the elevated Waterfront Dining location - if you can get up there early enough it's worth sitting under the covered porch next to the open windows. Enjoy a mimosa with your omelet or just start right in with beer or mixer. 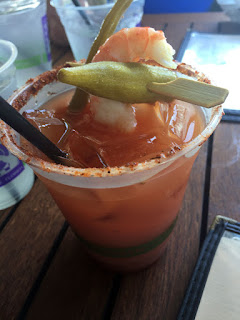 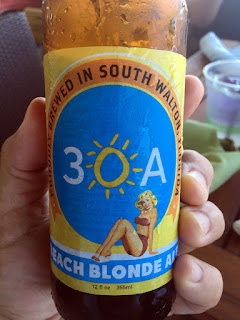 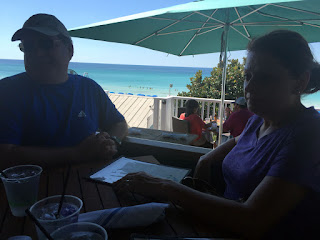 For drinks this day (early morning), we started with Bloody Marys, extra spicy. These are some of the best Bloodies you'll find in the area with plenty of spice and things to chew on including a peeled cocktail shrimp - I especially like the pickled okra - they add an element of salty deliciousness that's well worth enjoying. I've also enjoyed a few 30A Beach Blonde Ales at Bud and Alley's - try this one if you're into sampling local craft - quite refreshing. 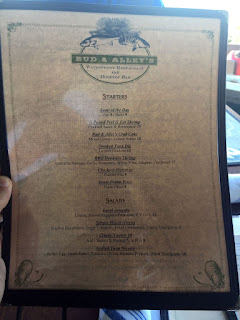 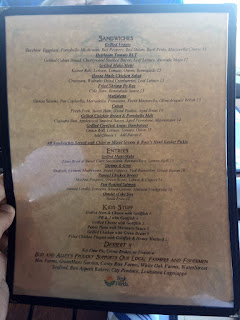 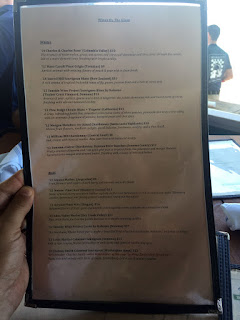 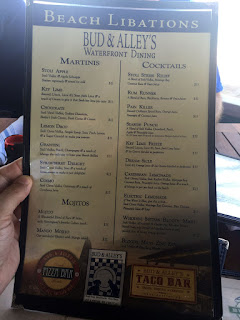 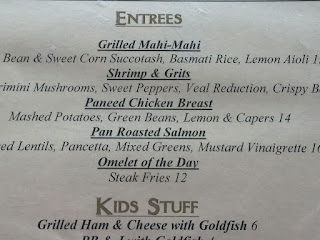 For starters I've fond of the 1/2 Pound Peel and Eat Shrimp and the Smoked Tuna Dip. For Salads, the local Arugula is quite good when it's in season. For sandwiches I like the Heirloom Tomato BLT and the Angus Hamburger. Someday I hope to try the Shrimp and Grits - they also have a Muffaletta on the menu but I can't remember if I've tried it. 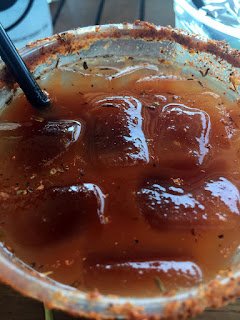 The only negative about this place is the service - not that we didn't receive good service from the server, but just the general vibe of the place. I've worked in many restaurants and bars, but this one has a distinctive disdain for people that aren't recognized as locals. I can imagine it gets quite packed during prime season and there's nothing like that to make you hate your job. I felt like the people working here were just wore-out and tired of tourists that don't tip and demand great attention. It's in the look, the snarky comments and overall attitude. It won't keep me from coming back, but will make me think twice.